Company predicts its auto retail division will continue to grow despite economic headwinds. 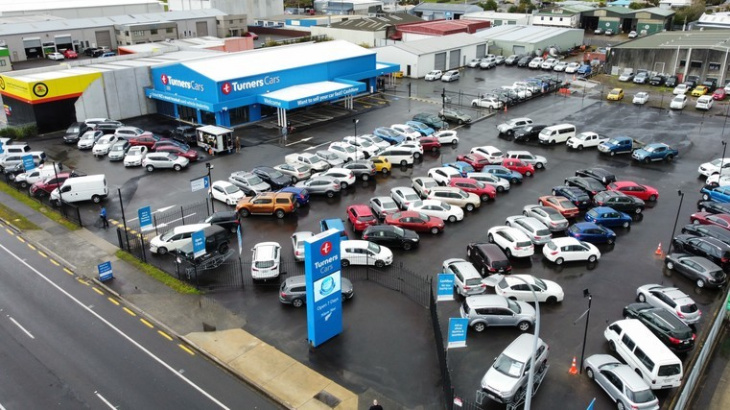 Turners Automotive Group is predicting it is on course to match or be slightly above last year’s record net profit before tax (NPBT) in the 2023 financial year after strong earnings in the six months to the end of September 2022.

It has achieved a record NPBT of $23.4 million for the half-year, up one per cent from $23.2m on the same period a year ago, and reports profits have increased in the company’s auto retail and insurance divisions.

In the 2022 financial year the group achieved NPBT of $43.1m, an increase of 15 per cent from the previous year.

Turners predicts its auto retail business will continue to grow strongly but warns the impact of the interest rate environment will be more pronounced in the second half of the 2023 financial year and into 2024.

It announced its results for the six months between April and September 2022 to the NZX and shareholders on November 22.

These show the company’s share of the vehicle retail market increased year-on-year from 6.4 per cent to 8.2 per cent. The number of car units sold also rose during the period, which helped offset reduced industry margins.

“In a market where used car sales were down 7.5 per cent, Turners grew market share and achieved higher sales year on year, a credit to our auto retail network expansion, our award-winning advertising and retail optimisation strategy,” he adds.

“To be able to maintain healthy returns to shareholders during a difficult period is a tribute to our dedicated and highly engaged team, which once again outperformed.

“The robustness of our diversified business has been demonstrated despite the industry headwinds which we expect will continue into the second half of the year.”

Other highlights of Turners’ report include net profit after tax climbing one per cent from the same period a year ago to $17.1m, and earnings per share rising by the same percentage to 19.8 cents. Earnings before interest and tax grew by two per cent to $26.1m.

It also notes an improved speed to sale of 14 days, compared with 35 a year earlier, has improved its stock turnaround and reduced inventory levels.

Grant Baker, chairman, says the latest results are encouraging after the disruption of omicron impacted up to 25 per cent of Turners’ operational staff and the “headwinds of higher interest rates and households under an economic squeeze”.

“Undoubtedly, we will face tough economic conditions in the second half, but our geographic and earnings diversification continue to provide resilience through the cycle.

“Car sales have held up well so far in the third quarter, and margins are starting to improve. Our loan book is stable, although rising interest rates will continue to put pressure on cost of funds.

“Claims in our insurance business continue to track below expectations. We are demonstrating that we can win market share and deliver growth through the down cycle due to the success of our strategy, the quality of our portfolio and our incredible team. We see opportunities during this time of adversity.”

Revenue grew by 13 per cent to $130m, reflecting market share growth, despite a 7.5 per cent reduction in used car market transactions from April to September 2022.

Registered dealer numbers are at their lowest level for almost nine years as government regulation and higher interest rates impact the viability of smaller operators.

Turners’ total owned units sold in HY23 was up 11 per cent over HY22, even though its overall margin on cars it owns was down nine per cent for the period.

“Gains in market share have been greatly supported by our Tina brand campaign … Meanwhile, Nelson and Rotorua [pictured] auto retail centres are now both fully operational and performing above expectations,” the company says.

“These rapid results further validate the success of our geographic expansion model. Expansion in Timaru, Napier and Tauranga in pipeline for FY24.

“The business is operating off lower inventory levels with faster stock turn and is repositioning type of stock to smaller and cheaper, anticipating future trends in a tighter market.”

Despite rapid interest rate rises which pressured margins, revenue for the half year was $29.2m, up 16 per cent on last year. NPBT was down nine per cent to $9.1m.

“A focus on pricing and margin has been critical in dealing with the speed of interest rate rises. Growth has moderated as quality and margin become higher priorities.”

Market share gains continued to underpin policy sales despite challenging market conditions. NPBT was up eight per cent to $6.3m on the back of revenue gains to $21.6m, up four per cent on the same period last year. Operating cost ratio was steady between 20 per cent and 21 per cent.

Revenue fell 14 per cent to $4.9m as the waves of omicron impacted its collections results.

“Debt load is up three per cent for HY23 to $63.4m, as market-wide credit metrics start to deteriorate. Debt value collected was down eight per cent to $18.7m as cost-of-living pressures impacted consumers’ ability to address outstanding debts.

“We are making good progress in our transition to more customer-focused collection practices – resolution not consequences.”

Turners says it is well-placed to compete effectively in difficult market conditions as it predicts economic headwinds will continue into the second half with interest rates continuing to rise and consumer confidence impacted.

On the auto retail front, it points to car sales holding up well, margins improving and new site contribution. In finance it forecasts an increasing impact from the interest rate environment, expects some deterioration in arrears, but notes its loan book is stable.

Claims for its insurance division continue to track below expectations and investment returns are improving. For credit, it says debt load is recovering but more slowly than expected.