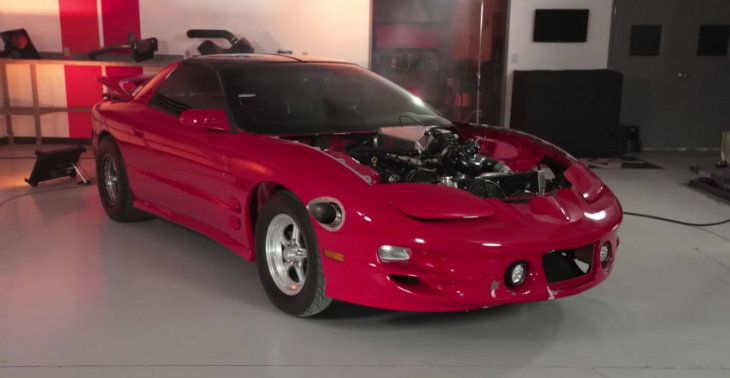 Just how wild can this ‘Bird get?

We all know the incredible feats of the fourth generation Pontiac Firebird. Especially present with the formula and Trans Am models, the addition of the LS platform is something that went down in history as one of the most pivotal Moments for the American automotive industry. So it makes sense that the Firebird would later go on to become one of the most popular platforms for enthusiasts to build and race, though they are quite rare. Here’s an example of a car that delivers an unexpected level of power to a driver who really knows what they’re doing.

Starting off, we have the mechanical specifications which could only be described as stunning to say the least. Under the hood sits a pretty substantial 6-liter LS V8 engine which features an iron block. You might question the decision to use this material on a car that prides itself on being lightweight and powerful as all hell, however this is pretty much the perfect set up when you’re running high boost levels. Speaking of which, The car is also running an 88 mm turbo charger, good for about 20 pounds of boost. Overall, you can see how some might call this the perfect drag racing machine.

The first poll was best defined by its incredible performance despite a major incident. Essentially the turbo blanket got caught up in a belt and caused the engine to underperform. Despite this, the car was still able to put out a whopping 756 hp and a crazy power curve that looks pretty much linear thanks to the sequential transmission. The second attempt was a lot better with 797 horsepower due to increased rpm. Finally, the driver turned up the boost for the third run making for 769 horsepower. Overall, the car is a well built example of what you can do with a great platform and a lot of good ideas.