The American supercar visits the unrestricted sections of Autobahn to stretch its legs. 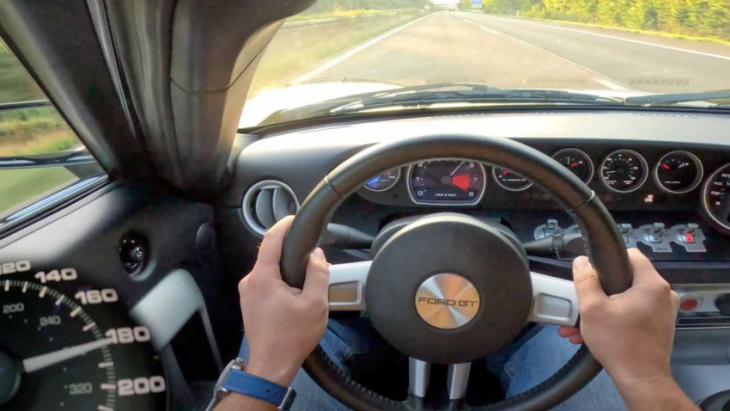 It’s been a while since the first Ford GT took center stage to highlight the company’s centenary celebration in 2003. Two decades since the first pre-production cars were shown to the public, the American supercar is still a sight to behold. Out of the over 4,000 units produced in 2005 and 2006, one example made a visit to the unrestricted sections of the German Autobahn to sing its V8 tune. You know what happens next.

AutoTopNL hosted this top speed run attempt on the Autobahn. It wasn’t successful in completing the goal, but that sonorous V8 surely turned some heads during the attempt.

But this isn’t a stock Ford GT. According to the video, it already went through Stage 1 tuning, which slightly increased the output to 600 hp (447 kW). This increase in output didn’t seem to affect the performance numbers, though.

Unfortunately, the top speed run video above only showed the Ford GT reaching around 180 mph (290 km/h). It’s a tad short of what the supercar can achieve, though there are many factors that could have affected that failed attempt.

Nevertheless, the Ford GT here still showed us that it’s still capable of reaching incredible speeds. Even better, it’s nice to see these prized cars getting pushed to their limits once in a while and not just being kept in a garage somewhere.