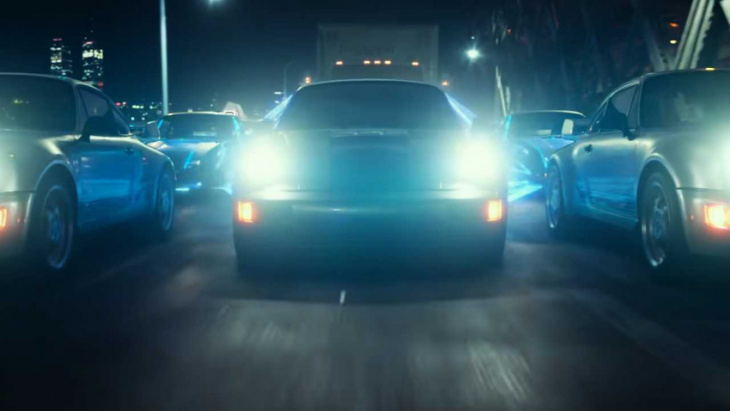 The first trailer for Transformers: Rise of the Beasts is out, and if you’re a fan of air-cooled Porsche 911s, there’s reason to be happy. In the trailer at least, a silver 964-era 911 is featured prominently.

Could this be Jazz? Old-school Transformers devotees know that OG Jazz was a Porsche 911 with the biggest whale tail that ever whale tailed. He was also super cool, and it sure seems like this transforming Porsche exhibits a bit of swagger as he switches to robot mode. There’s even some resemblance to Jazz from the first live-action Transformers film in 2007, where he was forced to live as a Pontiac Solstice until (mercifully, some might say) getting ripped in half.

This new film seems to pull more on the heartstrings of first-generation Transformers fans versus the Michael Bay-era flics, notably with Optimus Prime easily recognizable as a red Freightliner cab-over semi-truck. However, this sleek 911 is likely the Autobot Mirage, as the trailer shows the Porsche creating mirages of other Porsches during a police chase. Jazz never had that ability, and also, a quick check at the Internet Movie Database lists Mirage as a character, with Jazz not mentioned in the cast. Bummer.

We’re obviously interested in the cars, but the new film also brings the Beast Wars: Transformers saga to the big screen. Airing on television through the latter half of the 1990s, it was a follow-up to the original animated Transformers series of the ’80s. As the name suggests, the transforming robots from this era use various animals for their alt modes. The leader of the good guys (called Maximals) is – you guessed it – Optimus Primal.

Based on other cars seen in the trailer, the setting appears to be the mid-1990s. It’s the seventh live-action Transformers movie in the franchise and the second to not be directed by Michael Bay, though he is listed as a producer. Transformers: Rise of the Beasts is scheduled to reach theaters on June 9, 2023.

Yearning for more car-related pop culture content? Check out the Rambling About Cars podcast, available below.