For years, the B-segment SUV division has been dominated by the Hyundai Creta. Challengers have either come and gone or have aped its presence with a more premium highlight package. However, to date, all have failed to knock the Creta off its perch. 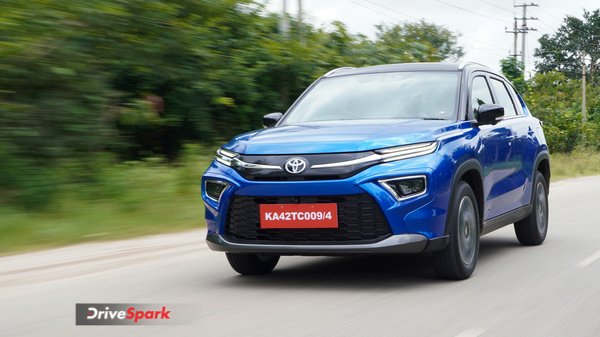 So what happens when the carmaker best known for making the Indian politico’s favourite SUV – the Toyota Fortuner – decides to come out trying to deliver a knockout blow to the Creta in the first round itself? 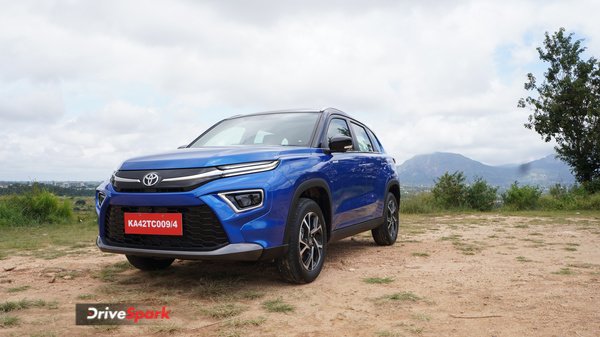 Toyota has not held back with the design of the new Urban Cruiser Hyryder. (God that’s a mouthful). However, while its sharp lines give it a very stylish look, there are far too many details to concentrate on, which can leave your head a bit fuzzy. 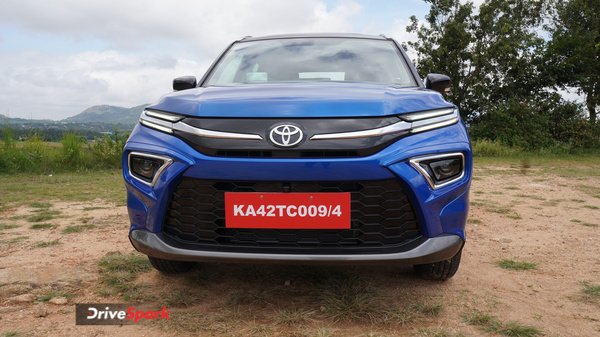 Take the front end as an example. The Hyryder has gone for the split headlamp look which has become quite popular with the SUVs of today. There are twin LED daytime running lights at the top which are connected to the Toyota Badge at the centre by strips of chrome that also run through a crystal acrylic upper grille element.

Sitting underneath the sculpted front bumper, in their chrome-surrounded enclosure are the LED projector headlamps that surround the gaping trapezoidal lower grille. Underneath this grille sits what appears to be a splitter element, though it seems more of a styling thing than an actual aerodynamic element. 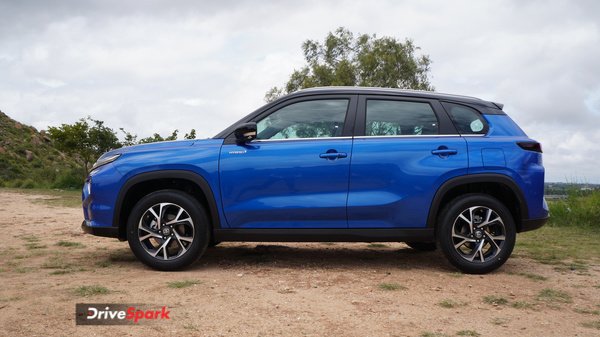 The sides of the Hyryder are where all the bulges and creases take centre stage. Viewed from the side, the bonne creases and domes seem more prominent. The Hyryder features some rather chunky wheelarches with surrounds made from plastic. These wheelarches play host to the rather good-looking 17-inch alloy wheels that look to be a size too small. Other design elements on the sides include the black ORVMs, a bit of chrome on the windows and the floating roof design that gives the D-pillar a dual-tone look. 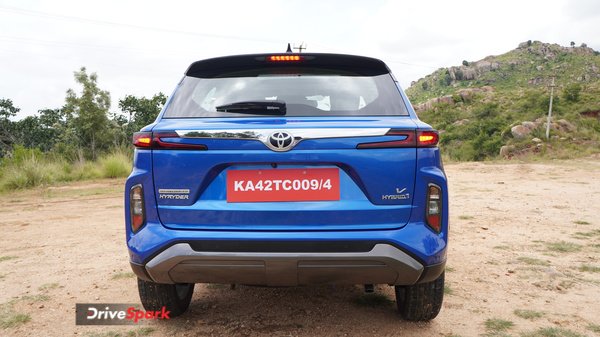 At the rear, the Hyryder is busy as usual with sleek LED brake lights connected by a bar of chrome hosting the Toyota badge. The turn signals and the reversing lights are housed in vertically stacked units on either edge of the sculpted tail section of the SUV. Other features at the rear include an integrated roof spoiler that plays host to the third brake light and a faux skid plate. 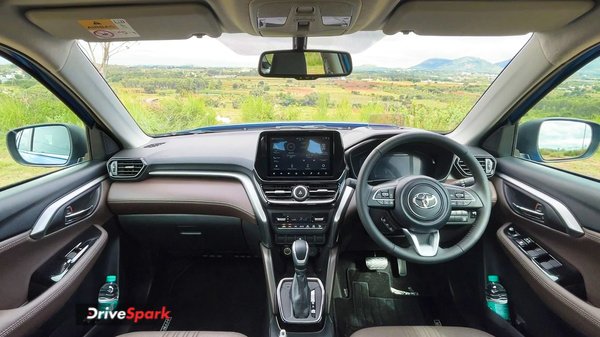 The interior of the Hyryder is where you begin to appreciate Toyota’s decision to cram as much as possible into its Creta-rivalling SUV.

The Toyota Hyryder’s interior features a dual-tone black and brown theme which looks very tastefully done and gives the SUV a very premium feel. There are soft-touch materials everywhere and the large panoramic sunroof makes the cabin feel very spacious and airy. However, the hard plastic sections are not that hard to find and do feel like a big letdown. 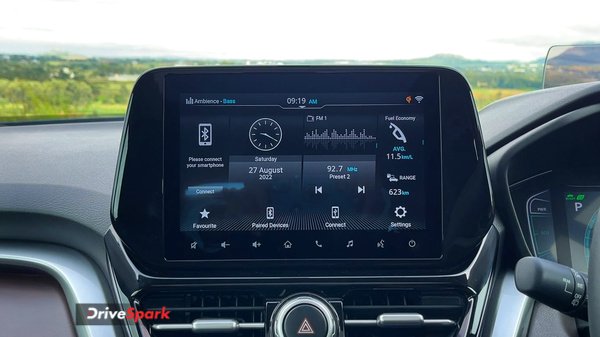 The multi-layer dashboard plays host to a digital driver’s display on the right and a 9-inch touchscreen unit at the centre that dominates the central section of the SUV. The Toyota Hyryder features support for Android Auto and Apple CarPlay and can take commands from the voice assistants from both Android and iOS. The display also acts as the output screen for the 360-degree camera. 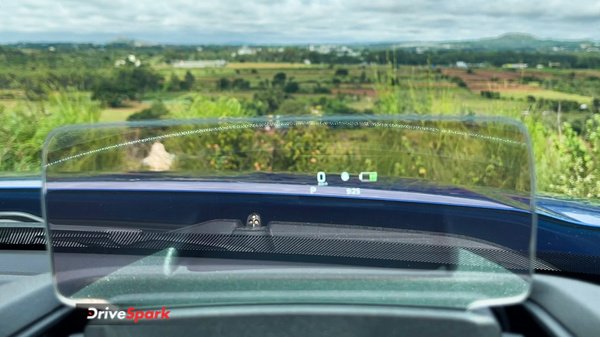 The Toyota Hyryder features a host of connected car features as well including remote ignition on/of, remote AC control, door lock/unlock, stolen vehicle tracker and immobilizer all of which can be accessed through Toyota’s app and can also be triggered using a connected smartwatch. 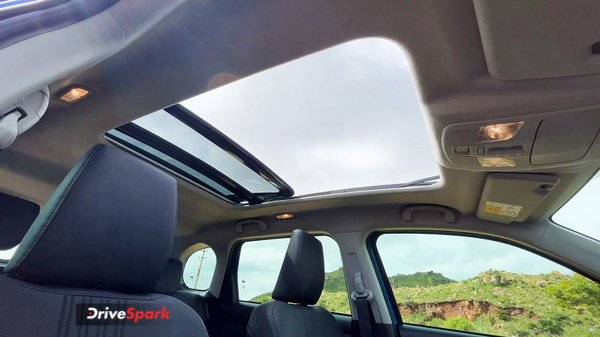 Other highlights on the feature packed Hyryder include ventilated front seats, sliding front armrest, reclining rear seats with a 60:40 split for more storage. Other features include a heads up display, paddle shifters, wireless charging pad, rear ac vents and USB ports, ambient lighting and a light for the trunk among many more. 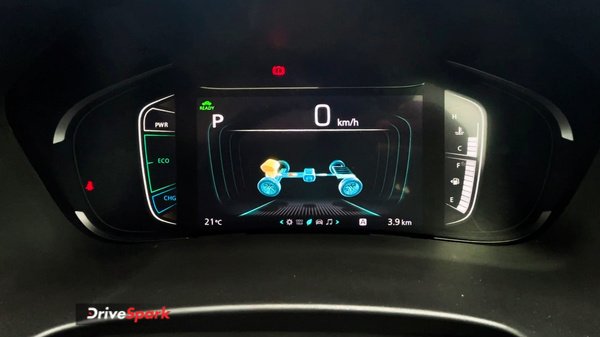 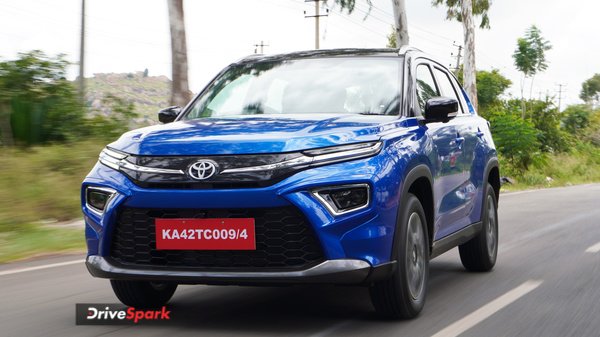 The Maruti derived mild-hybrid setup is well known to fans of that brand and owners of the smaller Urban Cruiser. The 1.5-litre N.A. petrol engine is paired with an integrated starter generator and it produces 101.65bhp and 136.8Nm of peak torque. This mild hybrid setup is offered with either a 5-speed manual or a 6-speed automatic transmission which send power to either the front wheels or all four depending on the configuration you choose. 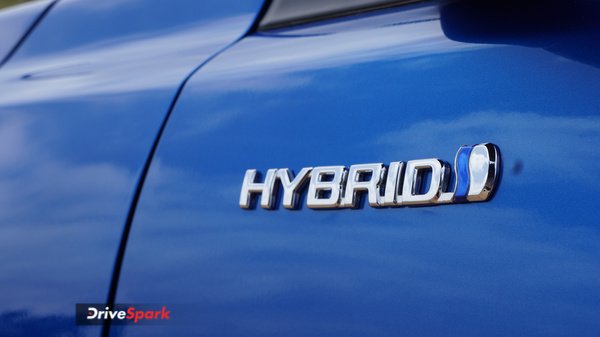 The second powertrain option is the self-charging strong hybrid setup (and is the one we drove, more on that later) with a 1.5-litre Atkinson cycle engine and a single electric motor. The engine produces 91.1bhp and 122Nm of peak torque while the motor delivers 79.1bhp and 141Nm of peak torque.

However, peak system output is limited to just 114bhp to help deliver the mind-boggling claimed mileage figure of 27.97km/l. This strong hybrid setup is only offered with a e-CVT gearbox that sends power to the front wheels. 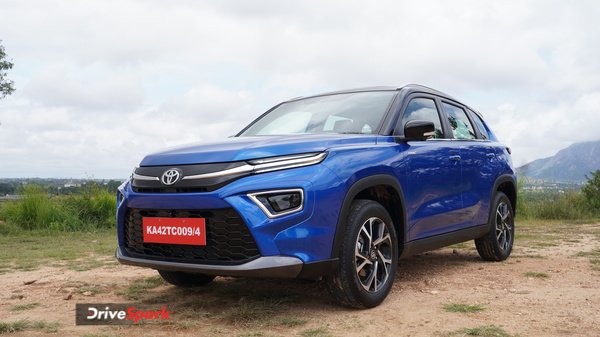 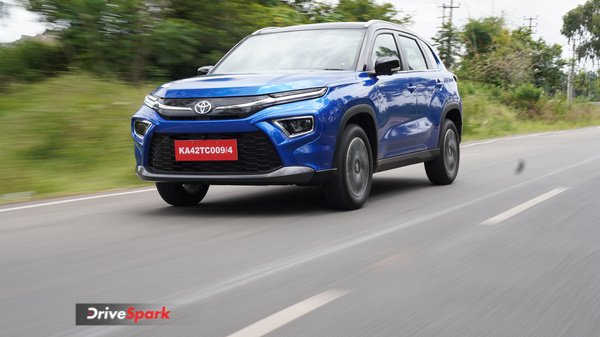 As stated earlier, we got to drive the Urban Cruiser Hyryder in its strong hybrid guise. Toyota’s strong hybrid powertrain is built for sipping fuel. Unfortunately, we didn’t get to test out Toyota’s bonkers mileage figure due to the vagaries that surrounded this ‘first drive’.

However, in our limited time behind the wheel of the Toyota Hyryder we found the powertrain to be tuned to sip as less as possible of the black gold in its tanks. In both Eco and Normal modes, the response when you mash down the accelerator is quite lethargic which ramps up to acceptable levels in power mode while EV mode is as silent as the grave. 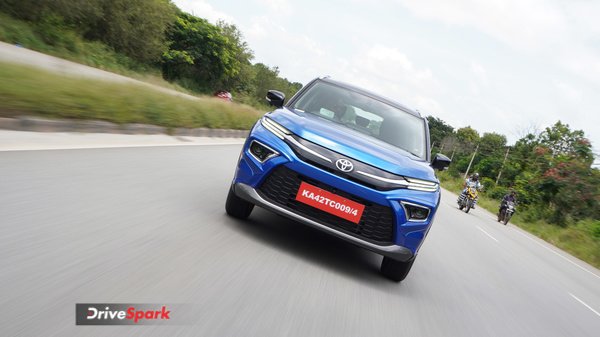 The battery regen mode makes one-pedal driving possible in the Hyryder which does sometimes seem like witchcraft. Thankfully, all the boiling and toiling under the bonnet is barely noticeable and most of the time you feel like you’re driving a regular petrol car made for Indian conditions. The CVT gearbox seems quite laid back and those looking for a bit of fun will hate its take a chill pill nature. 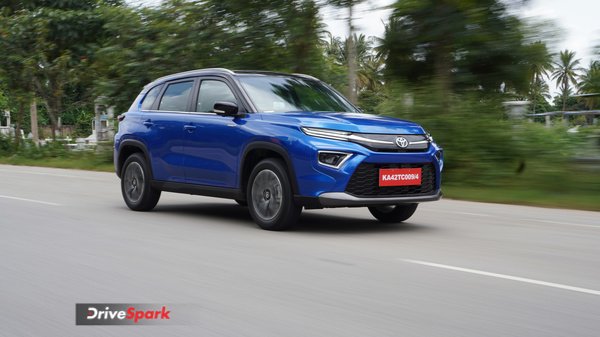 The Hyryder features a rather stiff suspension setup to counteract the weight of the batteries for the hybrid system that si in the boot. This can be felt, especially at the rear, when the SUV goes over rough patches at higher speeds (not nice). The Hyryder does exhibit a fair amount of body roll but not enough to feel like you’re holding on for dear life when falling off a merry-go-round. 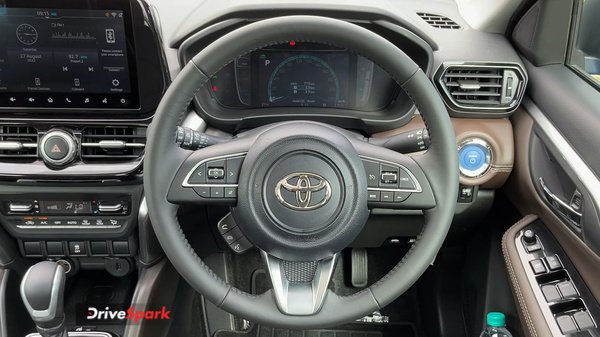 The steering wheel is a Maruti Suzuki parts bin special and the feelis also typical of the brand. At low speeds, the steering feels light, which should help in city conditions. However, at higher speeds, we wish the steering wheel felt a bit more weighty in our hands. 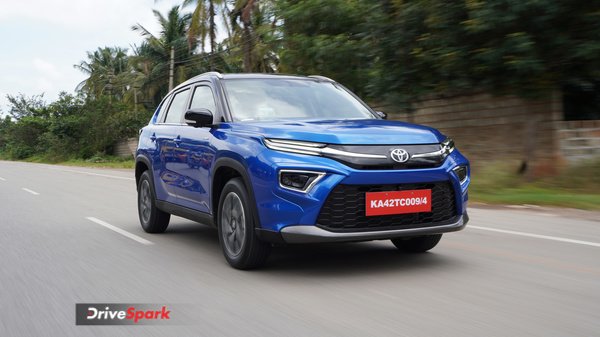 The brakes on the all-new Hyryder are disc brakes all around and they offer quite a good bit of bite and progression. The pedal itself does not offer much travel and is quite easy to operate.

The NVH levels inside the cabin of the Hyryder were some of the best around as we were barely able to the outside world, especially in EV mode, which was a bit disconcerting. 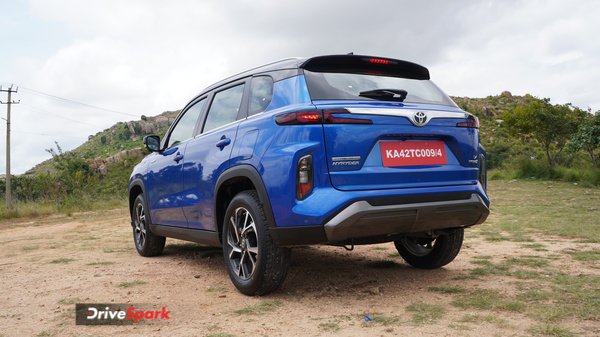 The Toyota Urban Cruiser Hyryder is a rather brilliant SUV which combines some rather sharp looks, boatload of tech and some witchcraft levels of hybrid goodness. While Toyota does seem to have quite a brilliant package in the Hyryder, we’ll only know if it can knock out the Creta when the Japanese marque reveals the price tag and allows us to actually properly test the SUV in the real world…