Toyota unveils first electric SUV – What you need to know 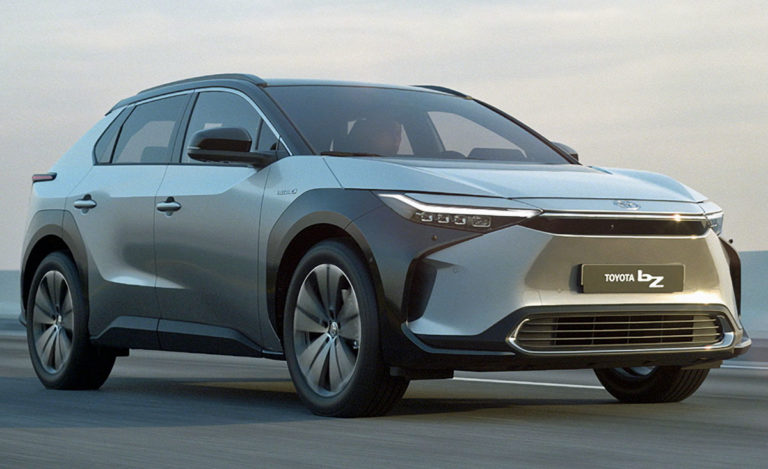 Toyota has released the details of the first vehicle in the beyond Zero (bZ) series, the bZ4X BEV.

With the introduction of the bZ series, Toyota established four core values for each car in the range.

These are: You and others, you and your car, you and the environment, and you and society.

“The bZ4X was developed on this basis, as a medium-segment SUV-type BEV (Battery Electric Vehicle), the first model in the Toyota bZ series,” said Toyota.

What you need to know

The bZ4X sits on a new BEV-dedicated platform, which was jointly developed with Subaru, that incorporates the inherent low centre of gravity of EVs and strong rigidity to enhance off-road performance.

The company said it also placed great emphasis on reliability and safety, aiming for up to 500km of range per charge and targeting a battery capacity retention ratio of 90% after 10 years or 240,000km.

It will be fitted with an improved version of the Toyota Safety Sense package, too, along with an Advanced Park driver assistance system.

“The aim is to prevent accidents, further reduce traffic fatalities and injuries, and ease the burden on drivers.”

Toyota’s new “activity hub” will then be debuted on this electric SUV, which is a system that can provide an “enjoyable time and space for driver and passengers alike”.

“We are striving after innovation in all areas, including interior, styling, driving sensation and performance, aiming to create exciting cars,” said Toyota.

For the “You and Others” aspect, Toyota said the new bZ4X provides a “spacious, quiet, and relaxing space in any seat”.

It will have a wide cabin, with claimed class-leading legroom for both the front and rear seats.

The instrument panel is also upholstered to “create a calm interior”, while certain models will get a panoramic roof, too.

By adopting a pump-type air-conditioning system, seat and steering wheel heaters, and front-seat foot heating, the company said it reduced power usage on the battery – especially in winter conditions. 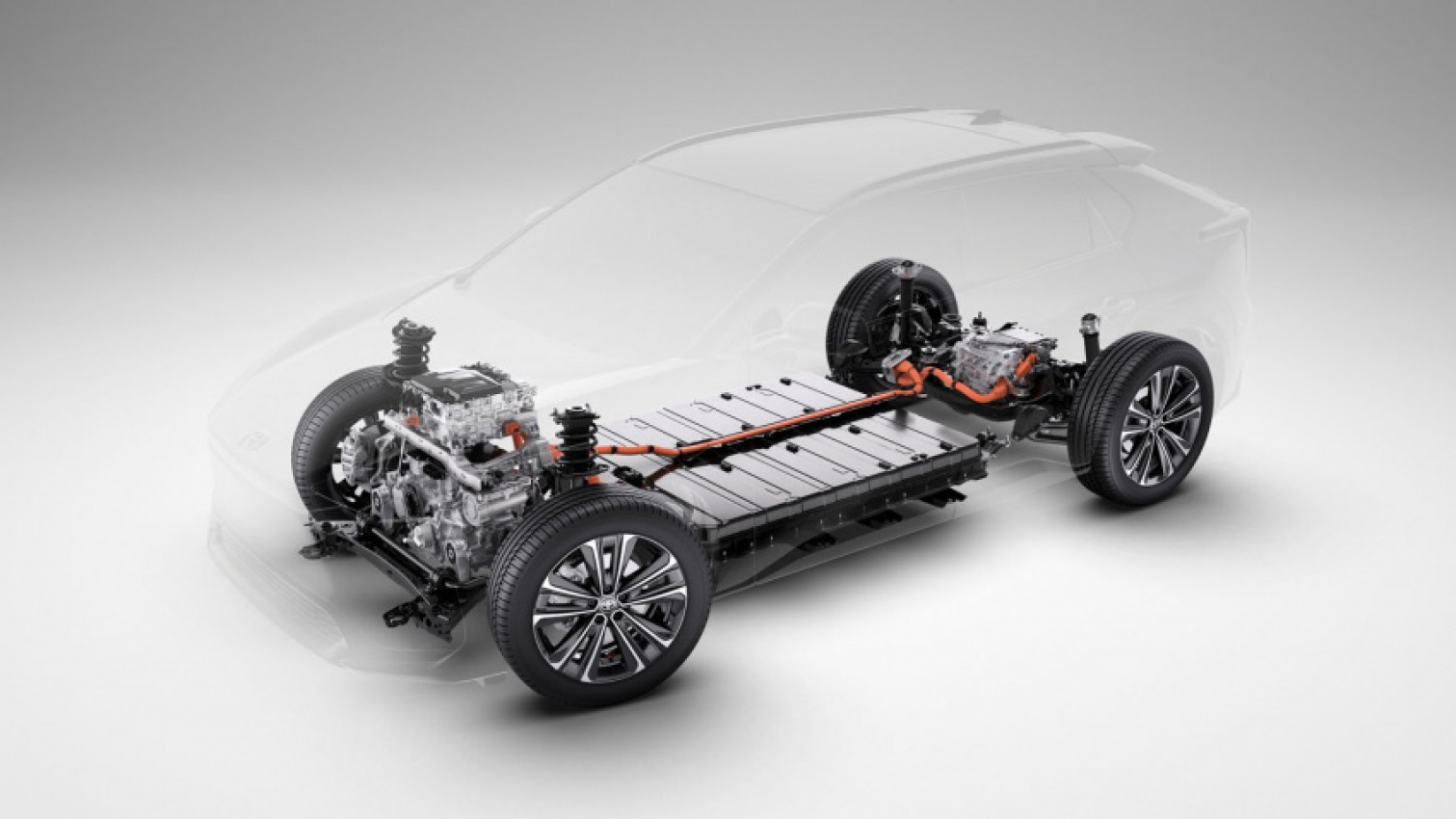 Toyota said it has achieved a smooth, intuitive driving performance – including in off-road conditions – with its electric SUV.

This performance will rival that of conventional SUVs, it added.

Toyota achieved this, in part, by placing a thin, high-capacity battery pack under the floor of the SUV.

The electricity-supply unit further incorporates both the charging and power distribution functions, and features an E-axle, motor, transaxle, and inverter – which is a first for the company.

Along with the higher rigidity of the of the tensile steel body and hot-stamped framework, these attributes ensure an agile response, sense of linear acceleration, high-precision output control, and improved turning and stability, said Toyota.

It features the X-Mode Subaru AWD technology, too, for more demanding driving conditions.

Selected models are also fitted with a steer-by-wire system, allowing a lock-to-lock angle of 150 degrees, a smoother steering feel, and a “one-motion” grip that provides more legroom.

Inside the cabin, the bZ4X’s activity centre includes an infotainment system with cloud-based navigation and traffic information, BEV-specialised services, over-the-air software updates, voice recognition for the wipers and aircon, and a digital key. 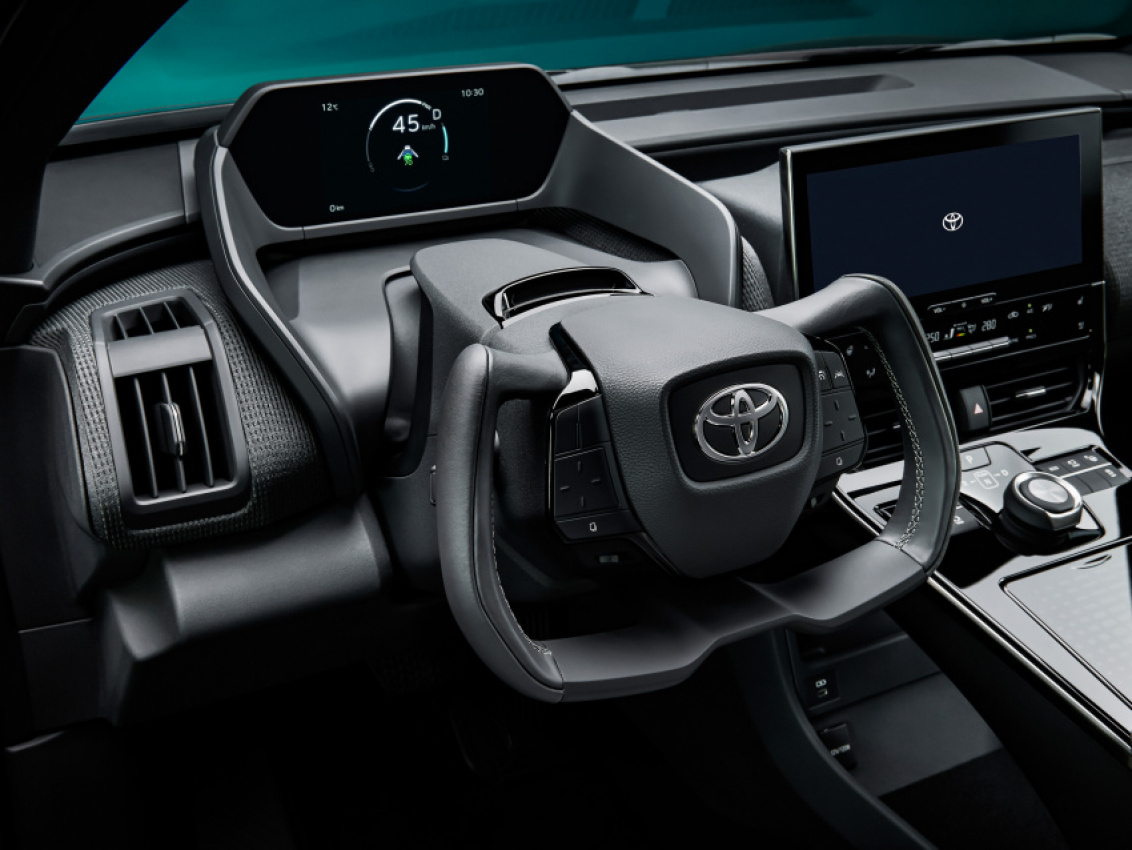 The bZ4X is said to contribute to the environment by fitting a model-dependent roof solar panel that is capable of generating electricity equivalent to 1,800km of driving range per year.

Furthermore, the battery used in the bZ4X is made of recycled materials and can be rebuilt and reused again. 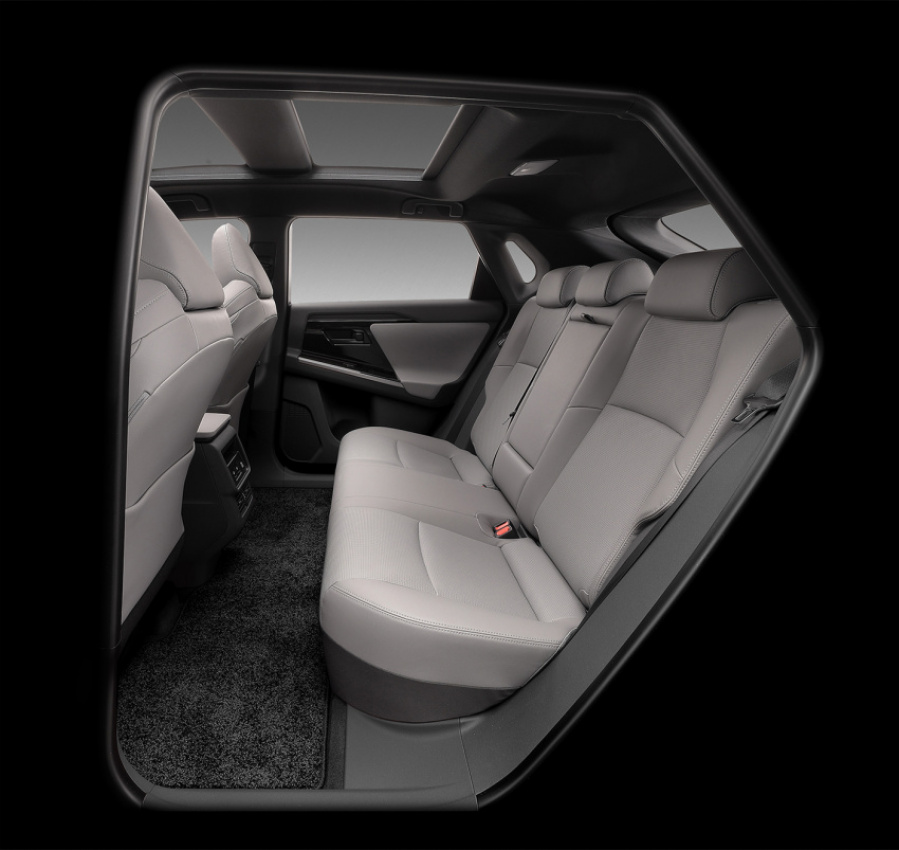 The specifications of the new Toyota bZ4X four-wheel-drive derivative are detailed below.

The bZ4X is scheduled for launch in all regions from mid-2022, said Toyota. 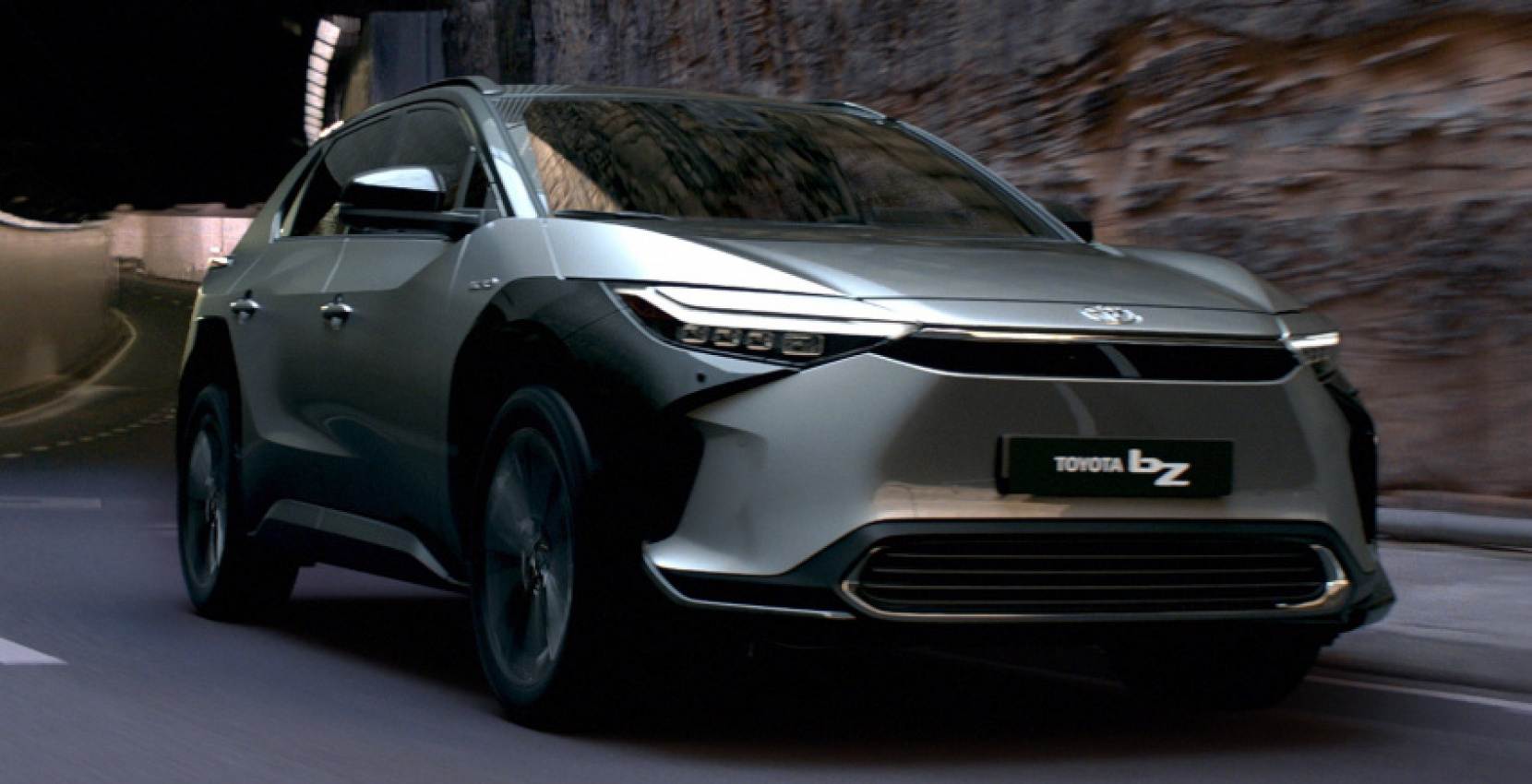 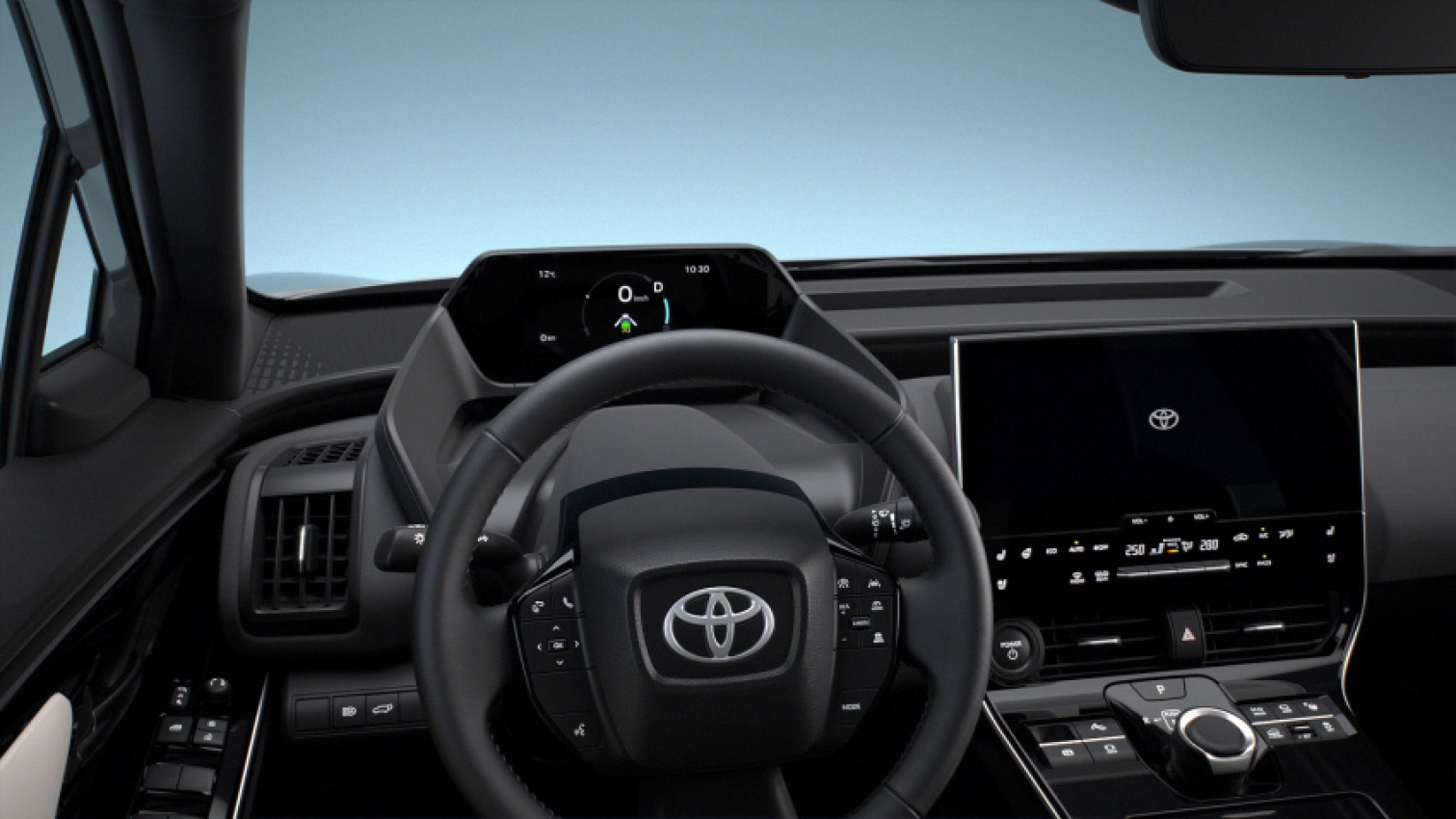 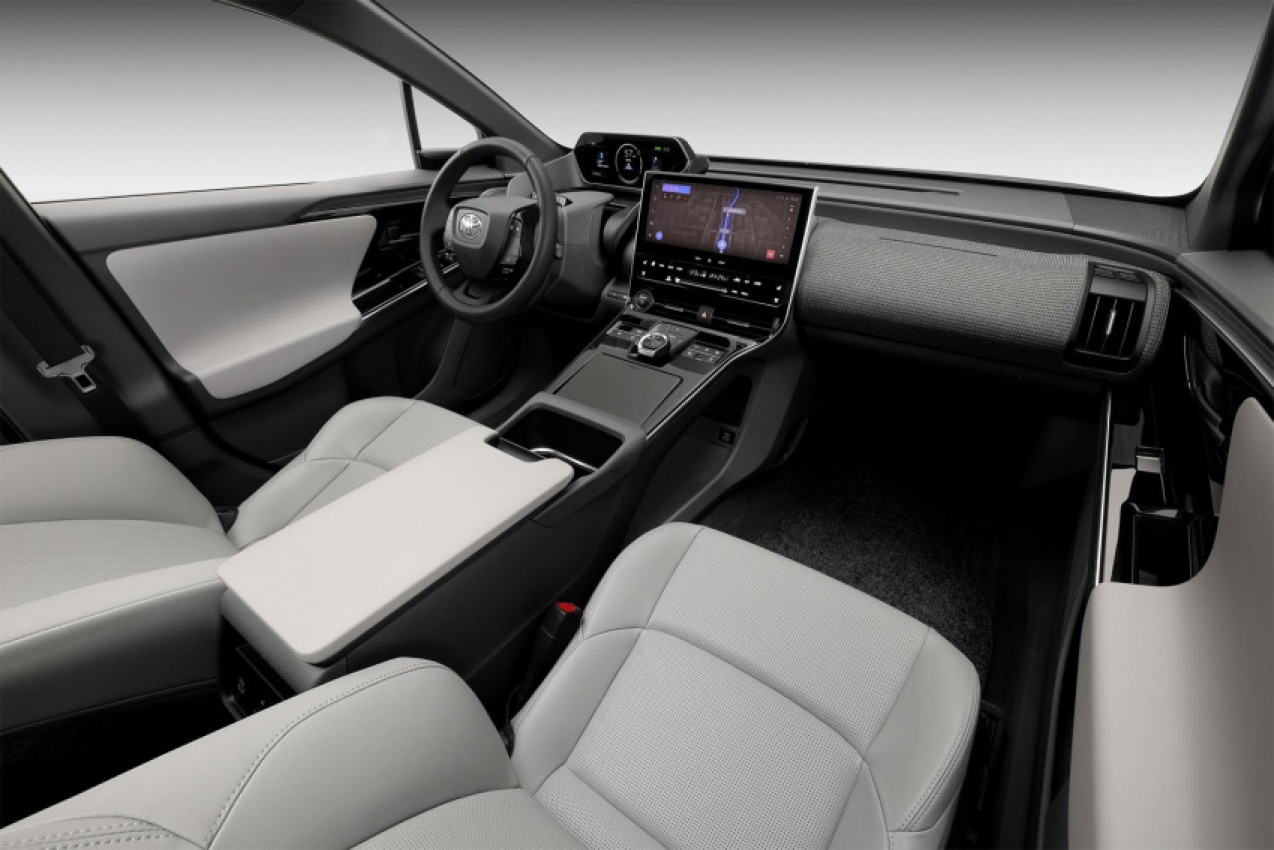 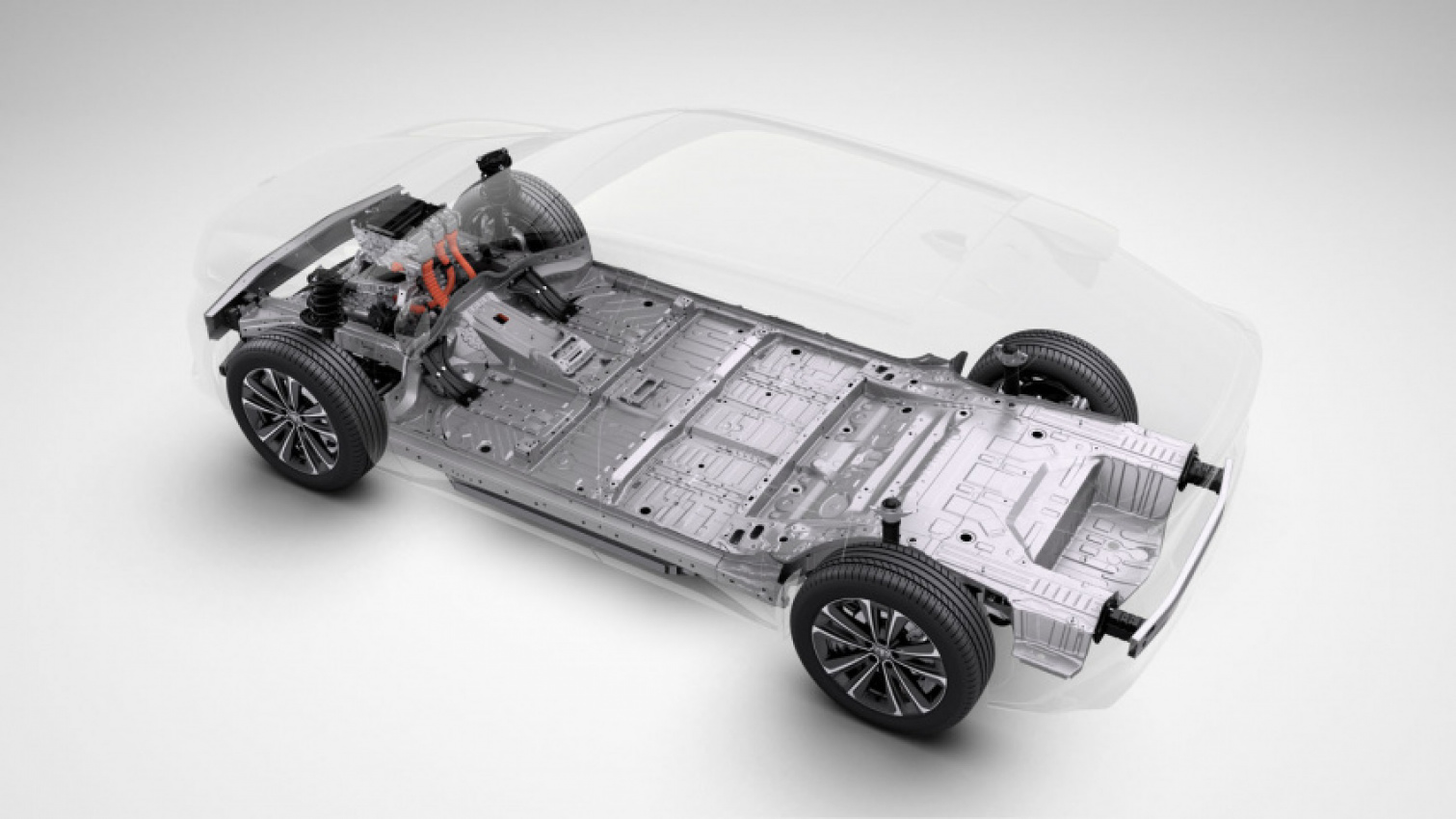 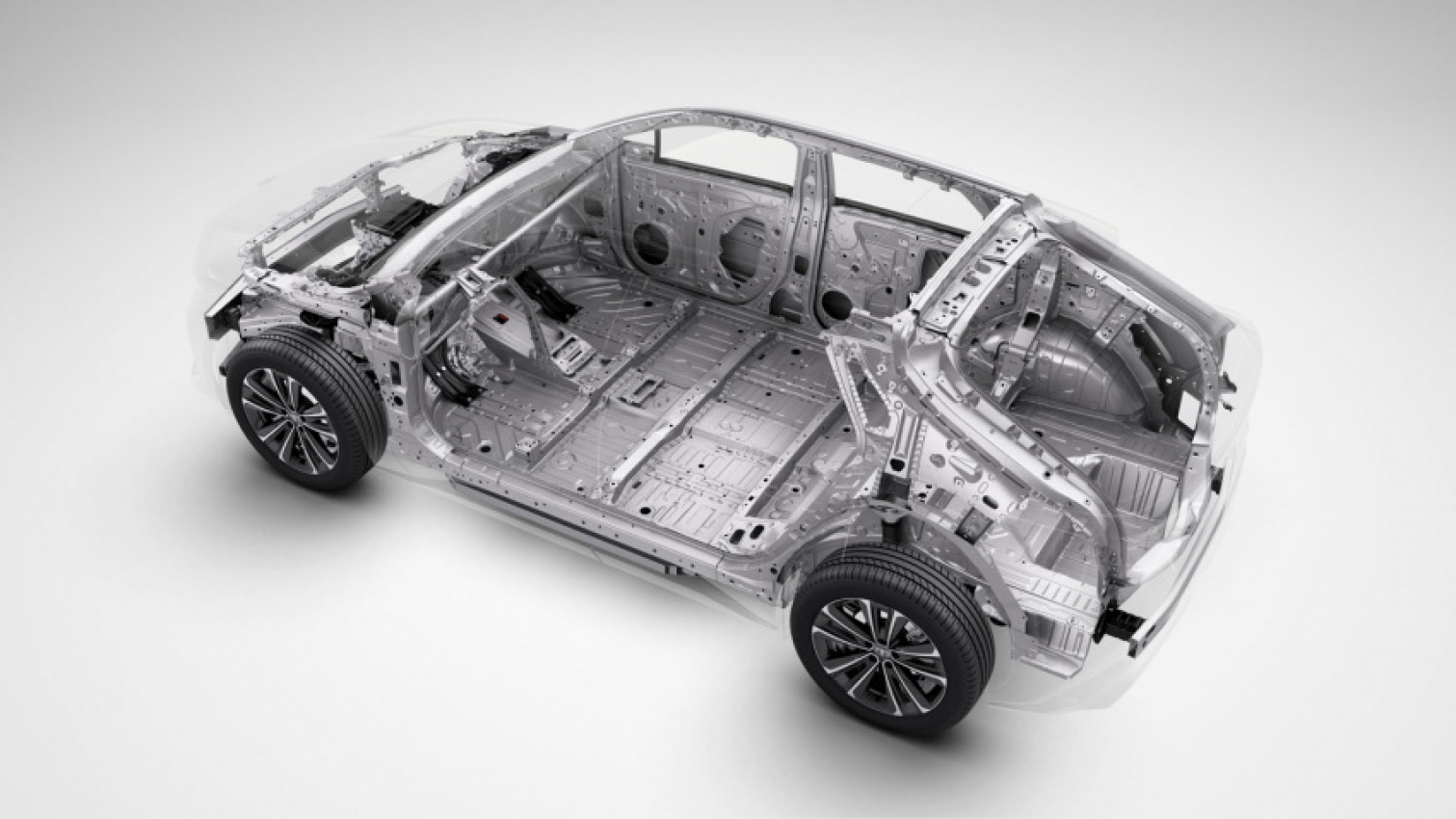 A Toyota executive confirms that the company isn't closing its doors to the possibility.


View more: Toyota Land Cruiser's Return To The US Could Still Happen

TOKYO:  Toyota Gazoo Racing (TGR) will start selling the GR Corolla in Japan in early 2023. But customers can’t just walk into showrooms to buy them. They have to buy lotteries to stand a chance to acquire the cars. The lotteries began selling last Friday and would be offered ...

Hino Motors Philippines stirs up the country’s commercial vehicle industry with the launch of their newest and lightest truck line: the All-New Hino 200 Series. Featuring the 315 and 415 models, these trucks are the ideal entry-level option for entrepreneurs seeking reliable transport for their business. With gross vehicle ...


View more: Only 1 Toyota Model Improved Reliability in 2022, According to Consumer Reports