Toyota Tundra maybe heading down under

Toyota Tundra –  Toyota is set to capitalise on the growing love affair that Australians have for large truck style Utes. 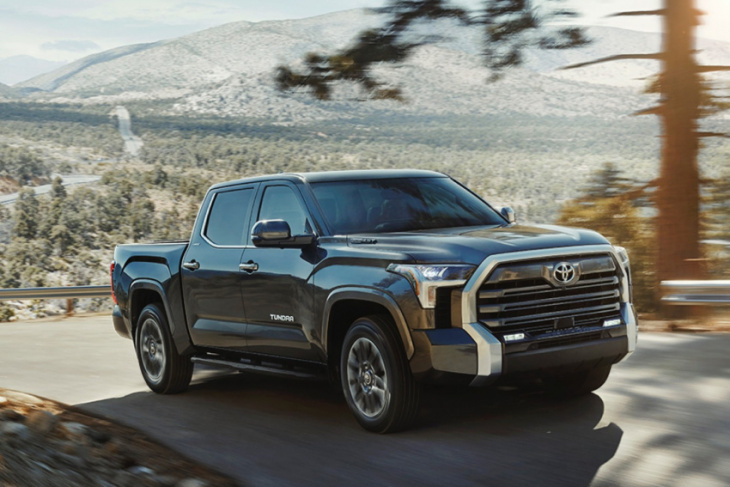 Toyota has confirmed an extensive development program in Australia for the Tundra pick-up, demonstrating its intention for local development and evaluation experts to re-engineer Tundra in a RHD format and evaluate the vehicle against Australia’s severe local conditions and tough customer use.

Of late RAM Trucks has had it almost all their own way, with some aftermarket F150 pickups and lately the Cheverolet Silverado 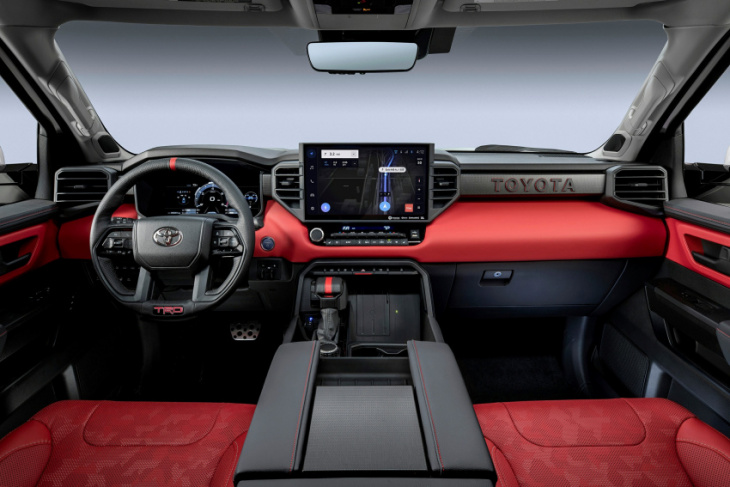 Toyota has partnered with Walkinshaw Automotive Group, for its extensive experience in this type of work, to develop and build Tundra RHD vehicles for Australia.

Toyota’s focus on ensuring delivery of its hallmark quality, durability and reliability attributes is expected to result in one of the most thorough development projects undertaken for a vehicle program of this type in Australia.

After significant development in-house, prototype testing on public roads will begin in September 2022. Starting from quarter four next year, Toyota will deploy approximately 300 of its cars all around Australia, as part of the final stage of the RHD re-engineering program. These vehicles will not be for sale but will involve monitoring under real world usage conditions in Australia. 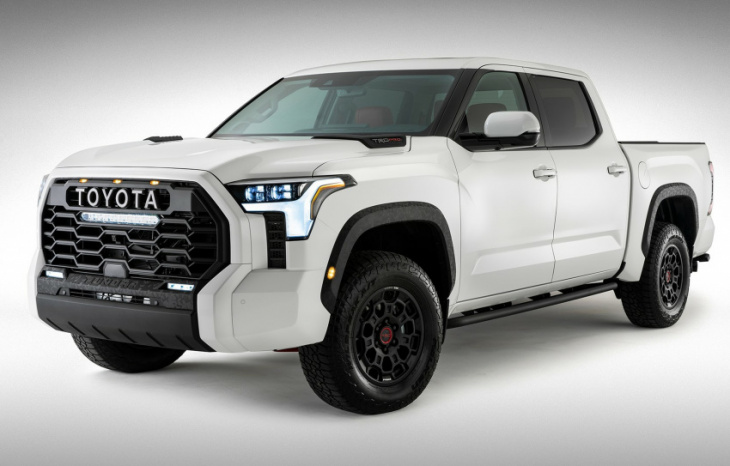 The program is expected to set a new benchmark in Australia for the re-engineering of a full-sized pick-up truck from LHD to RHD. It will include the adoption of key components from Toyota’s comprehensive global parts catalogue, including the steering column and rack, accelerator, brake pedals and shift lever from the LandCruiser 300 platform.

The vehicles will be equipped with a new inline hybrid system featuring a twin-turbo 3.5-litre petrol V6 – the most advanced and fuel-efficient powertrain available on this model.

While this is exciting news for Toyota and Tundra fans alike – an Australian RHD Tundra faces further checkpoints in Toyota’s global approval process before its retail introduction can be confirmed.

“This a dedicated re-engineering program, led by Toyota Australia and made possible by our global partners and is closely supported by our parent company and Toyota North America. It will utilise OE levels of design, development, testing and componentry rooted in Toyota’s deep commitment to quality, durability and reliability.”

“This project shows just how serious we are at Toyota about quality, and a RHD Tundra will not be available for sale in Australia, until we are totally satisfied.

“We are really excited to get such a significant project to this stage, and look forward to seeing development prototypes on our roads and test tracks in the weeks and months ahead.”