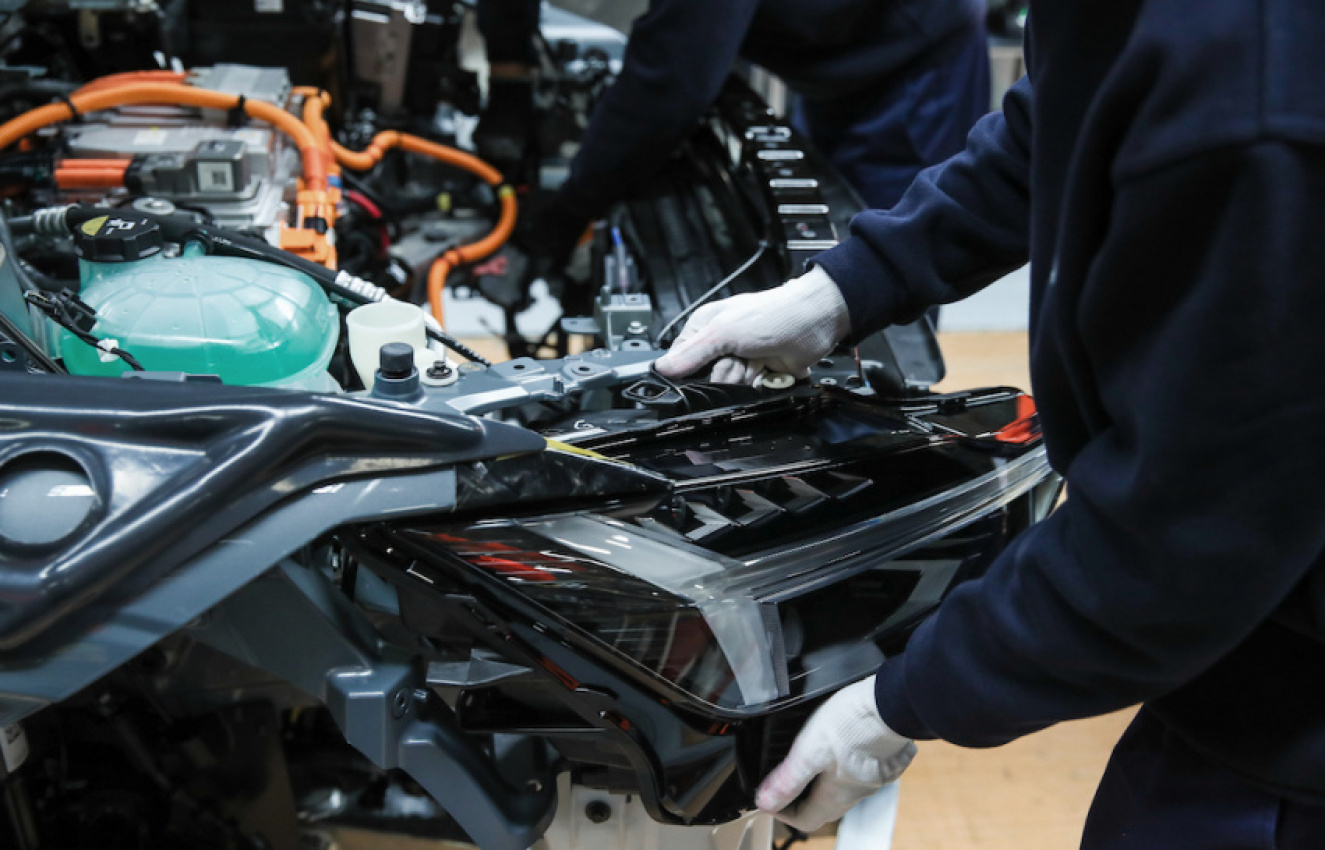 DETROIT: Automakers are cautiously coalescing around plans to reopen North American assembly plants early next month following what will be a roughly six-week shutdown for virtually the entire industry.

Toyota Motor Corp., Tesla Inc., Hyundai Motor Co. and Volkswagen AG are among the major automakers that have said they intend to resume production in the first week of May.

Even if they stick to that schedule, many won’t restart all their factories at once, and the facilities that do restore output will run assembly lines at slower rates than they did pre-shutdown.

The non-unionised carmakers’ intentions add to the urgency of talks General Motors Co., Ford Motor Co. and Fiat Chrysler Automobiles NV are having with the United Auto Workers that weigh the need to get back to business against the possibility that reopening will sicken employees.

Of the three, only Fiat Chrysler is confirming plans to progressively restart with government approval beginning May 4, a date the union thinks is premature.

“A lot of automakers are looking at some point in May starting production for at least half or a majority” of their plants, said Jeff Aznavorian, president of Clips & Clamps Industries, a supplier to Fiat Chrysler and other manufacturers.

“All of them are planning on staggering those openings to make sure their processes are in place so they can go back to work safely.”

Weeks ago, analysts assumed there would be little reason for the industry to rush its restart.

Sales in China plummeted almost 80% in the wake of the country’s coronavirus outbreak early this year, and some were expecting a decline of similar magnitude for the US.

Yet demand has held up better than expected, with researchers LMC Automotive and J.D. Power predicting a roughly 50% decline this month.

“We want to be able to have a steady supply of products based on the anticipated demand from consumers,” Chris Reynolds, Toyota’s chief administrative officer in North America, told reporters on Thursday, noting the Japanese automaker will prioritise output of SUV and trucks.

“Their production cadence might be a little bit faster than those plants that make sedans.”

The traditional Detroit automakers also are gearing up.

“We’re confident, we’re ready to go with the proper safety protocols in place,” Gerald Johnson, GM’s executive vice president of global manufacturing, said in an interview Thursday. “We surveyed our supply base. They are as committed as we are. They’re as ready to start as we are.”

While the UAW likely won’t want to put its companies at a competitive disadvantage or keep its members from earning bigger paychecks again, the union also is opposed to reopening plants early next month after two dozen union workers at Ford, GM and Fiat Chrysler have died of Covid-19 complications.

“We strongly suggest to our companies in all sectors that an early May date is too soon and too risky to our members, their families and their communities.,” Rory Gamble, the union’s president, said in statement Thursday.

Speaking at GM’s shuttered transmission plant north of Detroit that’s now making face masks, Johnson said the company is figuring out what timing is right without compromising on safety. “It’s not either-or,” he said. “It’s our responsibility to be safe and bring the economy back.”

Because many factories were running at full speed prior to the shutdown, automakers were carrying plenty of inventory of both parts and finished vehicles. Toyota estimates it has at least two days’ worth of components in stock at its assembly plants.

“Suppliers won’t have to rush parts to us immediately,” said Sean Suggs, the president of Toyota’s Corolla plant in Blue Springs, Mississippi. “We already have a pipeline.”

The process of restarting production will unfold in stages and it could take months for certain products to return to full capacity. With supply chains increasingly global, it’s unclear when all components needed will be available.

“We do expect to see a slow ramp-up of volumes over the coming weeks” starting the first week of May, said Julie Fream, chief executive officer of the Original Equipment Suppliers Association, an auto parts industry trade group. “That doesn’t mean that all plants will be back online and certainly not that all shifts will be working.”

Not all companies in the supply chain will resume output at the same time, nor are all states in alignment on policy.

Michigan’s governor Gretchen Whitmer on Wednesday cautioned automakers in her state to “slowly engage in a safe manner,” while southern governors are pushing hard to become the first to lift shelter-in-place orders.

“Even if the stay-at-home gets extended, there may be some exceptions,” said Jeff Schuster, senior vice president of forecasting for researcher LMC Automotive. “I have no doubt that the industry is lobbying hard for that.”

Schuster expects the industry to produce at 50% of normal production levels or lower at least through May, if not through the remainder of the second quarter.

“Following the model they used in China, it’s probably one shift initially, heavy-duty disinfecting and cleaning, slower line rates because of social distancing, staggered entrance and exits, temperature monitoring and, if they can get them, those quick self-administered test kits,” he said.

It’s typical for suppliers to take in receivable payments on a 45-day delay, so they’re still getting paid for work they were doing before production was halted. By late May and early June, that money will dry up and cause a cash crunch for some companies.

To help bridge the gap, some automakers are considering front-loaded payments to avoid any cash-flow issues. The approach, referred to in the industry as “factoring programs,” generally involves suppliers surrendering a few percentage points of profit in exchange for early payment, OESA’s Fream said.

“Most of the first tier is ramping up in a very organised way, but my clients are often frustrated they’re not getting enough guidance to make specific plans for restarting,” Baum said.

As we approach the end of Q4 and the end of the year, analysts are correctly pointing out that a successful quarter for Tesla hinges on a successful delivery of vehicles to Europe. Tesla has had an incredibly successful 2022, especially considering the circumstances that have rocked the auto ...

A new turbo-petrol engine option has been announced for the Toyota Kluger range in Australia as part of the 2023 model update, replacing the V6 petrol while offering more torque and reduced fuel consumption. The engine is the ‘T24A-FTS’ 2.4-litre turbo that we first saw in the latest Lexus NX ...