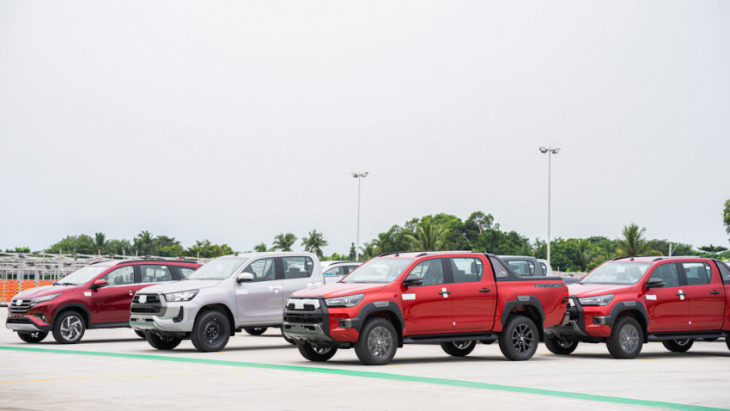 Waiting in line for a brand-new Toyota? Be prepared to wait some more. Would-be buyers will feel the bite of the semiconductor crunch again as the Japanese automaker announced a fresh round of production cuts lasting until the end of the year.

Toyota, which had plans to recoup lost production volume is now saying that instead of producing 900,000 vehicles a month globally from September to November, it now sees its output slashed by 100,000 in October and 50,000 in November. With that, October production is pegged at 800,000, while November and December production is set at 850,000 units.

This has caused Toyota Motor Philippines to reiterate its “One Price Policy” across its entire dealer network (including Lexus). The carmaker is reminding the public:

It is against this policy to ask for any additional premium on top of the suggested retail price, for whatever reason.

Toyota Motor Philippines is opening its Customer Assistance Center hotline at +632 8819 2912 or email at customerassistance [at] toyota.com.ph for those who wish to seek clarification or to report any wrong-doing by any Toyota dealership or sales agent.

In Toyota’s home market of Japan, the slowdowns will affect production on 10 lines at seven plants with models impacted including the RAV4, Camry, Crown, and GR Yaris.

Suspensions will also dent output of the Lexus cars including the LC, IS, RC, ES as well as the Lexus UX, NX, RX, and GX SUVs.