On 21 November, Toyota showcased the new Innova Zenix in Indonesia and now it is here in India in the form of the Innova Hycross. This is the third generation of the car and is a major step up from the second-generation Innova Crysta. It moves to a more SUV-like appearance, front-wheel drive monocoque TNGA platform and a massively updated feature list making it heavily relevant in the segment once again. The Innova is a legend in the Indian automotive scene and the Hycross is a big step up and points to a new direction that Toyota will take with the vehicle in the future. 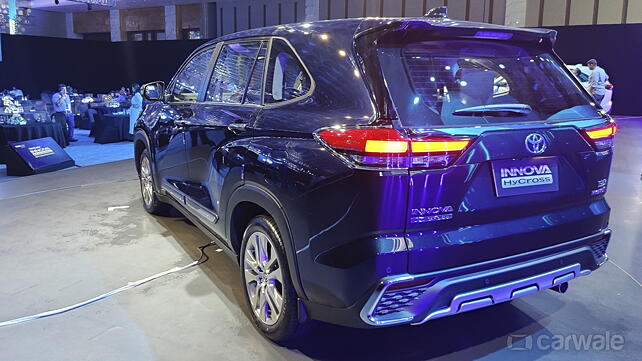 Since its launch in 2005, the word Innova has become synonymous with an MPV-like design. The Crysta got a little more butch with thicker lines but still looked very much MPVish. This new car has moved away from that design language to a certain extent and has gone in for the crossover design (hence the cross in Hycross). 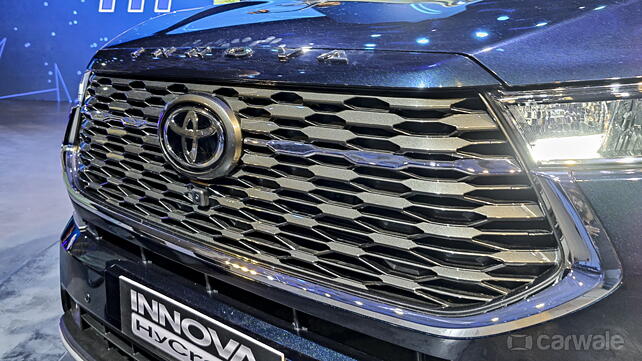 Up front, you get the massive Toyota chrome grille with the ‘T’ logo standing proudly in the middle. You get a thick bumper with chrome elements and full LED headlamps. In profile, you can see the heavily flared wheel arches, black cladding around the lower section of the profile and body-coloured door handles.

You get body-coloured ORVMs and a multi-spoke design for the 18-inch alloy wheels. We expect that the design for the 16-inch and 17-inch wheels will be slightly different while the wheel covers will mimic the design of the 16/17-inch wheels. The rear has the Toyota family look thanks to the middle section above the number plate slot. This is common with other Toyota vehicles like the Cayla and the Veloz in the Indonesian market where the Innova is very popular. 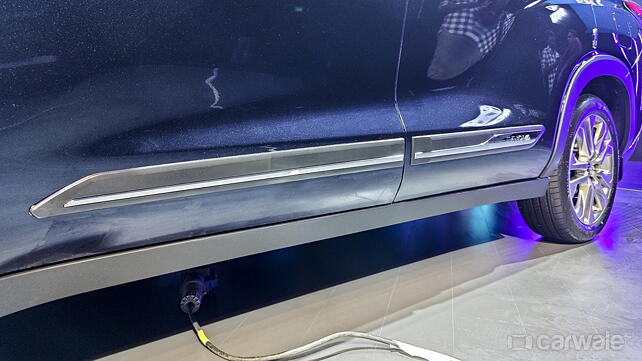 You get badging on both sides, a thick bumper and wrap-around tail lamps as part of the rear design. SUV design is the way to go and that’s now cemented by the fact that a car as popular and strong as the Innova has left its MPV origins for a closer-to-SUV look. 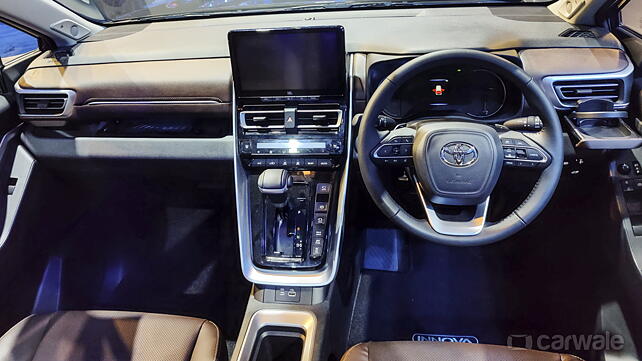 The interiors of the Innova range always a had segment minimum appearance, enough to meet the price bracket it was in but not much more than that. Well, Toyota has finally upped its game with quite a few major changes. The car has grown by 100mm in overall length and close to 100mm in wheelbase too. The whole cabin has been trimmed out in a combination of brown over black and there’s a large amount of soft-touch premium plastics across all three rows. 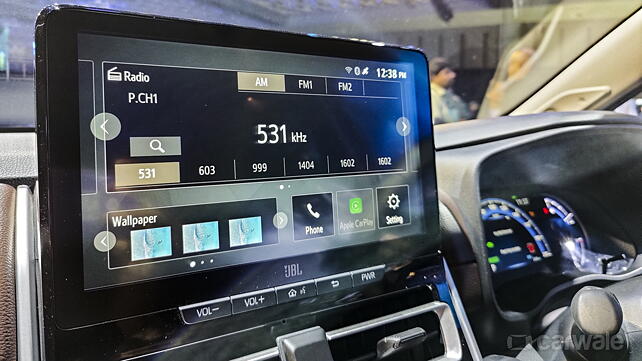 The first row is dominated by the 10.1-inch free-standing display and an island-like centre console with the gear lever, climate control interface and buttons for the ADAS. The top of the island has a wireless charging pad. We didn’t get much time to examine the ergonomics but can tell you that everything falls easily to hand. Our review of the car will go live on 6 December and there we will be able to give you the rundown on accessibility and ease of use. 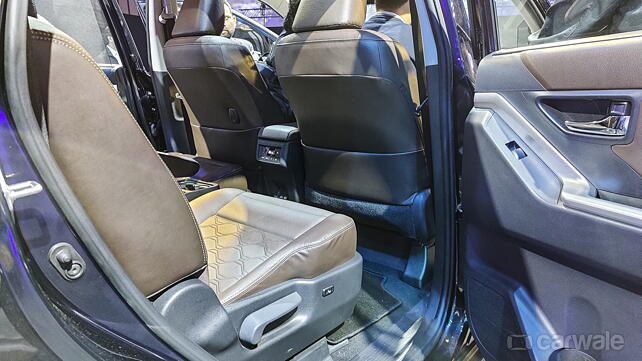 The Innova Hycross party piece in this top-spec variant is powered by second-row seats with an ottoman function for full reclined comfort. On paper, it looks inviting enough but when used, you find that the powered function works for lifting the footrest and reclining the seat but getting it to your exact seating position is a manual affair. What’s more, the front passenger seat is not powered and if you need to move it then that too is a manual affair. It’s expected that many buyers of the Hycross will go for it to be chauffeur driven and this odd auto-manual combination of the seats will not be so much of an issue then. The third-row seats fold down for additional cargo space bringing out another USP of the Innova range- the ability to pack almost anything in vertical and horizontal piles. 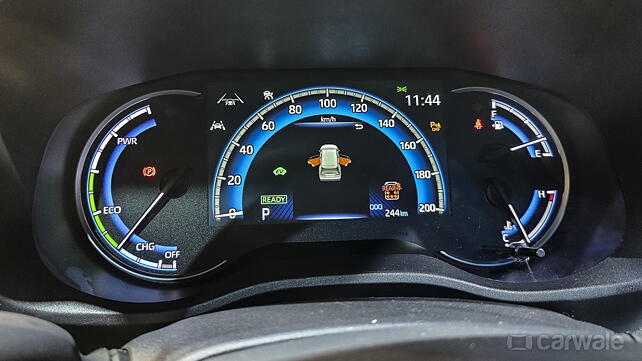 Toyota has spent a big part of its budget on this car upgrading its feature list to make it relevant from the look of its segment-leading. The top-of-the-line ZX (O) variant that’s featured in our pictures gets the segment basics like the panoramic sunroof, three-zone climate control with rear vents, power driver seat with memory function, 10.1-inch display for the infotainment system with Apple CarPlay and Android Auto, Connected car technology, JBL sound system, full-colour MID, power mirrors, power windows, LED light package and a 360-degree camera. 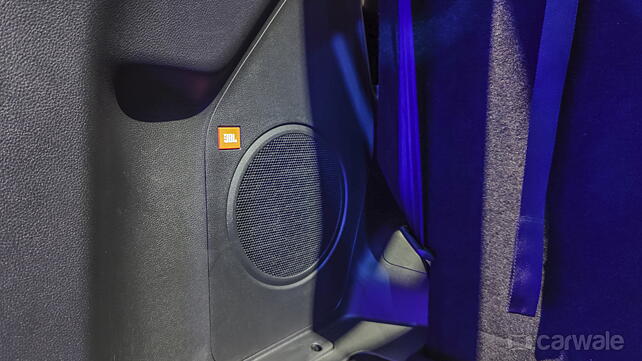 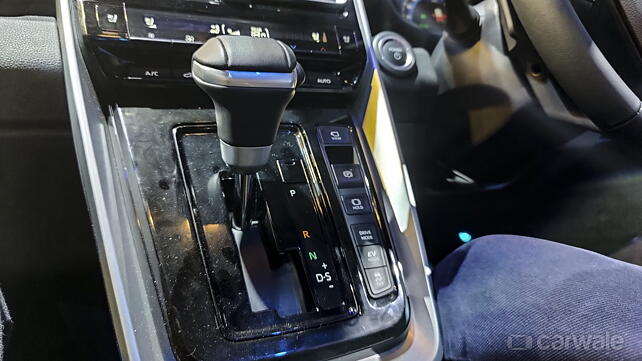 The Innova Hycross will be offered two engine options. The first is a 2.0-litre petrol that produces 172bhp/205Nm and is offered with a CVT. This engine gets two driving modes Eco and power (GX only). Putting the Hy in Hycross is a 2.0-litre strong hybrid set-up where the petrol engine produces 172bhp/188Nm and is mated to an electric motor producing 11bhp/206Nm. This engine is mated to eCVT. All versions of the Innova Hycross are front-wheel drive and for the first time will only be offered with automatic transmission options. 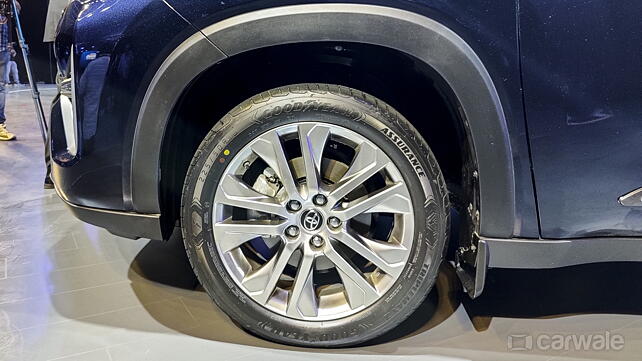 This is also the first time that the Innova range has moved from ladder-on-frame to front-wheel drive monocoque. It gets rear disc brakes, McPherson strut front end and semi-independent torsion beam rear. The ZX and ZX (O) get 18-inch wheels while the VX gets 16-inch wheels. The lowest-spec G variant gets 16-inch steel wheels while the mid-spec GX variant gets 16-inch alloy wheels. We will be driving the Innova Hycross next week and our review for the same will go live on the 6 December. 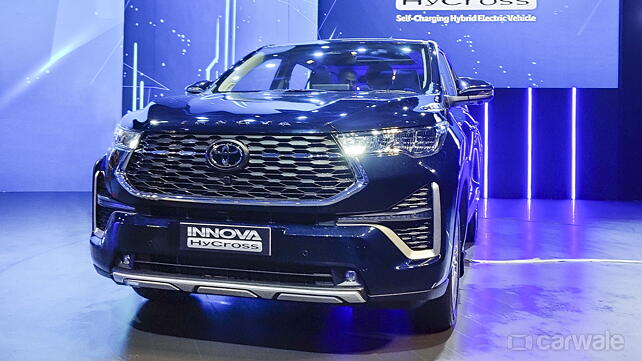 We expect that Toyota will price the Innova Hycross in the range of Rs 22 lakh to Rs 30 lakh and will announce prices in the middle of December with bookings opening from today. They have also said that deliveries for the car will start in mid-January 2023. In this price bracket, it is expected to take on the likes of the Hyundai Tucson and the Citroen C5 Aircross. You will also have cars like the BYD Atto 3, Skoda Octavia and lower spec versions of the MG Gloster and Kia Carnival.