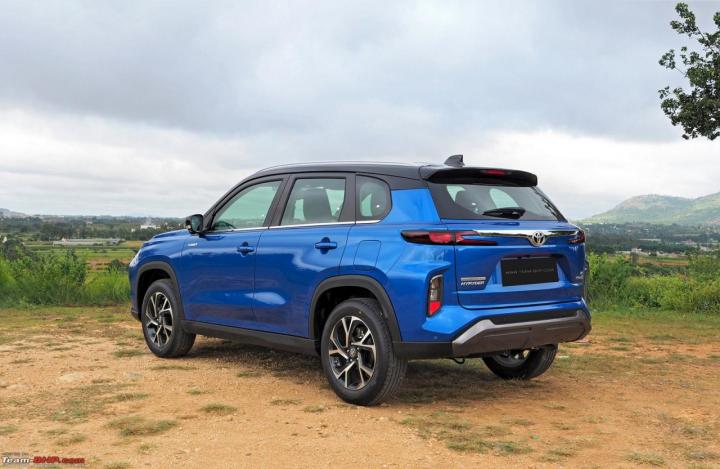 Prices of the mild-hybrid variants will be announced in October, following the launch of the Maruti Suzuki Grand Vitara.

Toyota launched the Urban Cruiser Hyryder in the Indian market earlier this month. While prices for the hybrid range start at Rs. 15.11 lakh (ex-showroom), the carmaker did not disclose the prices of all the mild-hybrid variants.

According to a media report, Toyota is likely to announce the prices of the mild-hybrid variants sometime in early October, following the launch of the Maruti Suzuki Grand Vitara.

The Urban Cruiser Hyryder uses a 1.5-litre petrol engine that makes 91 BHP and 122 Nm. The ICE is paired with an electric motor that has an output of 78 BHP and 141 Nm. The car comes with a 177.6 V lithium-ion battery pack which offers an all-electric range of up to 25 km.

The mild-hybrid variants are powered by the familiar 1.5-litre engine that makes 103 BHP and 137 Nm. It also comes with optional AWD, prices of which, will be revealed at a later date.

Keyword: Toyota Hyryder mild-hybrid prices to be out next month