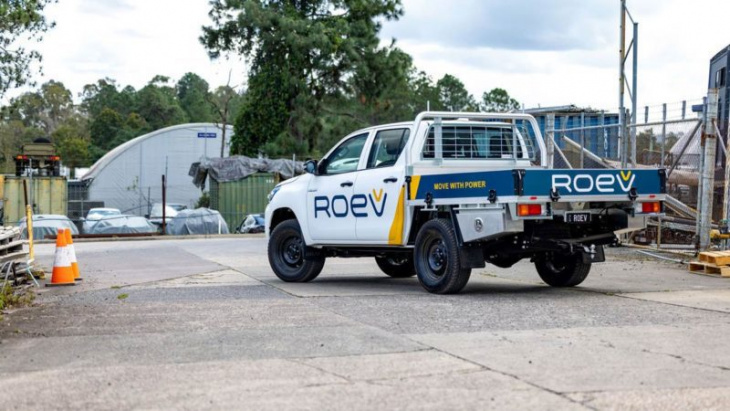 Electric utes are all the buzz at the moment in Australia and across the world. Now, Roev – an electric conversion start-up launched by two former senior Atlassian executives – has released its pricing offers to electrify existing Australian ute fleets.

Roev will focus its initial electric ute conversions on the two best selling ute models in the Australian market – the Toyota Hilux and the Ford Ranger of all body types. Initial conversion offerings for fleets will be for model years 2016 – 2022.

The company wants to bridge a major gap in the market – the desire by major fleet owners to cut emissions and go electric, and the lack of supply of new EV models, which are being rolled out in the US at the moment but could take years to reach Australia.

Roev has committed to converting 1,000 utes in the first 12 months of the program, and will open orders from interested fleet managers from December this year.

“There is huge demand for electric utes in Australia, particularly among large fleets, we are actively listening to customers to ensure that our product solutions meet their operational needs,” Roev CEO,Noah Wasmer says. 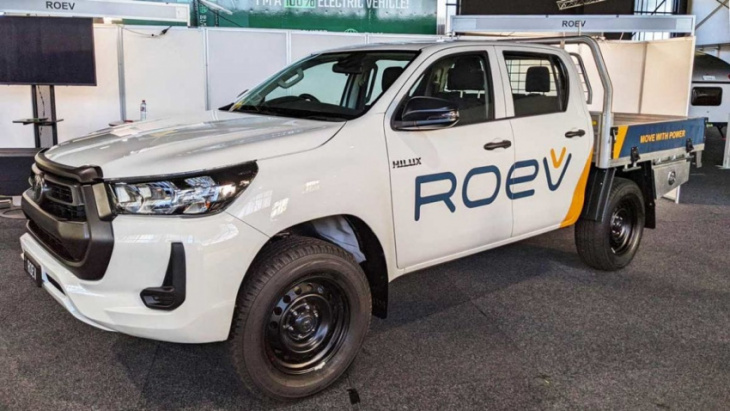 Australian fleets with Ford Ranger and Toyota Hilux models will be able to have Roev convert these vehicles from ICE to an EV powertrain. The converted utes will be offered in two versions:

Utes made as far back as 2016 can be converted which can help with extending the life of the existing vehicles and reduce upgrade frequency in fleets.

“We heard from a lot of fleets the desire to convert slightly older vehicles to extend the life of their existing assets,” Wasmer says. “With a conversion, you’re not only adding an electric vehicle to your fleet, but you’re also taking a diesel vehicle off the road and preventing many years of future tailpipe C02 emissions.”

Post the initial rollout, Roev has plans to roll their EV conversion drive system to more models and would like to work more closely with vehicle OEMs too.

This seems like a good first step to help Australian fleets in electrifying thousands of utes and has the potential to form a pivotal part in our electrified transport future.

You can hear an interview with Roev’s Wasmer in a recent episode of The Driven podcast here.

A Hilux ute will gain a hydrogen-fuel cell in prototype phase during 2023, using similar technology to the Toyota Mirai sedan

The last-gen might be a underneath but it exudes an air of prestige especially since it was mainly used as the official car for government ministries and the Prime Minister himself. Well, the last two PMs chose a breadbox on wheels instead, but it seems that PM number 10 ...


View more: PM Anwar's official car turns out to be a Proton Perdana Limousine, not a black Camry