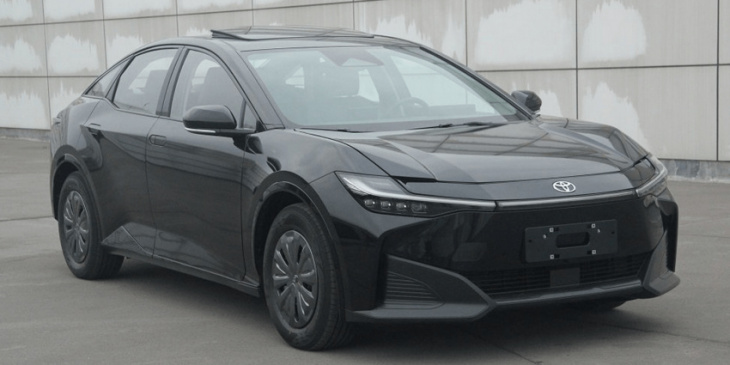 FAW-Toyota, a joint venture between Chinese manufacturer FAW and Japanese carmaker Toyota, plans to launch an all-electric sedan called bZ3 in China. The motors and the battery are to be supplied by BYD.

The Chinese Ministry of Industry and Information Technology (MIIT) has published the first pictures and details of the new Toyota electric car, which is apparently planned in two variants for the Chinese market.

According to MIIT, one version of the bZ3 will have an output of 135 kW, and another variant will have an output of 180 kW. The electric motors, which will be produced in Changsha in Hunan province, will be supplied by BYD. The battery with LFP cells, the energy content of which is as yet unknown, will also be supplied by BYD via the FinDreams sub-brand founded in 2020.

So far, no other details have been released about the market launch date and prices. Given Toyota’s plan announced in December 2021 to bring 30 BEV models worldwide by 2030, the bZ3 could also be offered outside China.

So far, Toyota’s all-electric models include the BEV versions of the C-HR and IZOA, built by Toyota’s joint ventures with GAC and FAW, the bZ4X and, through the Lexus brand, the UX 300e.