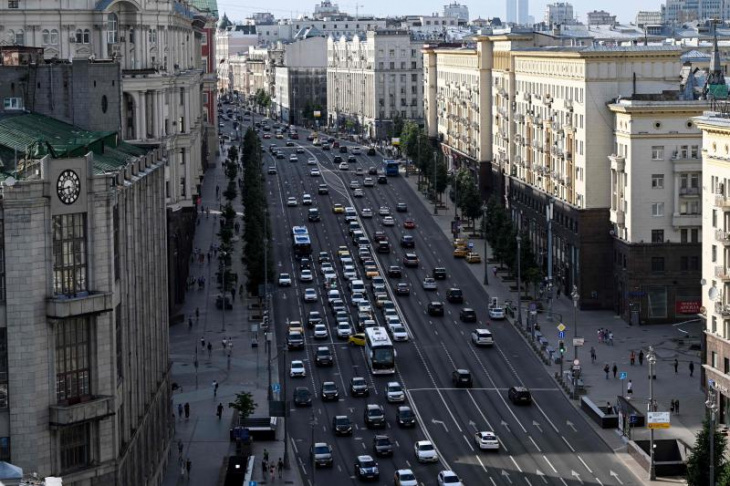 A view shows traffic on the central Tverskaya street in downtown Moscow on July 11, 2022. (Photo: AFP)

Toyota Motor Corp has decided to cease vehicle production permanently at its lone car plant in Russia, a rare move for a company that is still manufacturing at sites in Japan dating back to its founding in the 1930s.

The automaker suspended operations at its plant in Saint Petersburg in March along with peers including Nissan Motor Co and Honda Motor Co. At the time, Toyota retained its workforce and kept the facility ready to restart production if circumstances allowed.

“After six months, we have not been able to resume normal activities and see no indication that we can restart in the future,” the company said in a statement.

Toyota will completely withdraw from manufacturing and has no plan for the sale of the business, spokesman Hideaki Homma said by phone on Saturday. New car sales will also cease without imports to Russia. Handling of employees will be decided later, he added.

Russia’s auto market collapsed in the wake of Vladimir Putin’s invasion of Ukraine, with deliveries plunging more than 80% in the months of May and June. Avtovaz PJSC, which state entities took over from Renault SA, has increased its share of sales in recent months along with Chinese companies that have filled the void left by western and Japanese brands.

Toyota vowed to continue supporting its retail network in Russia and providing service to existing customers.