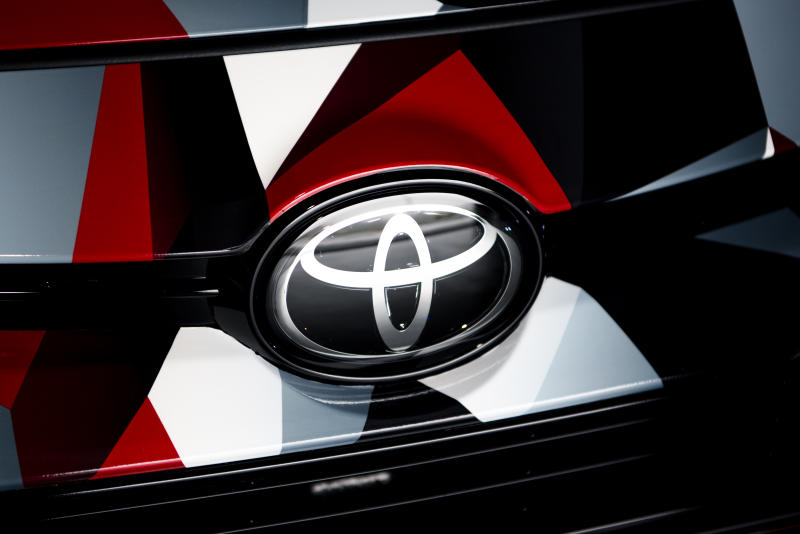 SHAH ALAM: UMW Toyota Motor Sdn Bhd, the distributor of Toyota and Lexus vehicles in Malaysia, has announced its new pricing for its vehicles that will take effect from June 15 onwards.

The new prices are based on the incentives provided to the Malaysian automotive industry as announced by the Prime Minister and will last until Jan 31, 2021.

As such, the Japanese brand in Malaysia has managed to reduce its vehicle prices from 1% to 6% that have been paired to their latest monthly Sales Promotion and Rebates for budding car buyers.

“Toyota vehicles are now more affordable than ever and customers should take this opportunity to upgrade or purchase a new Toyota,” said UMWT president Ravindran K.

He added that all relief from the new tax structure has been factored into the new pricing for the best interest of its customers and added that the price changes will vary between its CKD (locally-assembled) and CBU (fully imported) model line-up,” 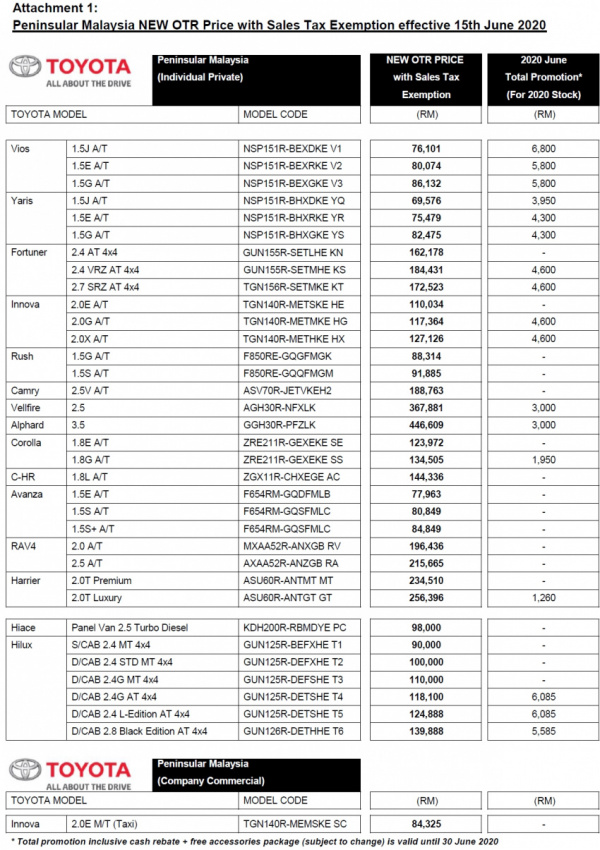 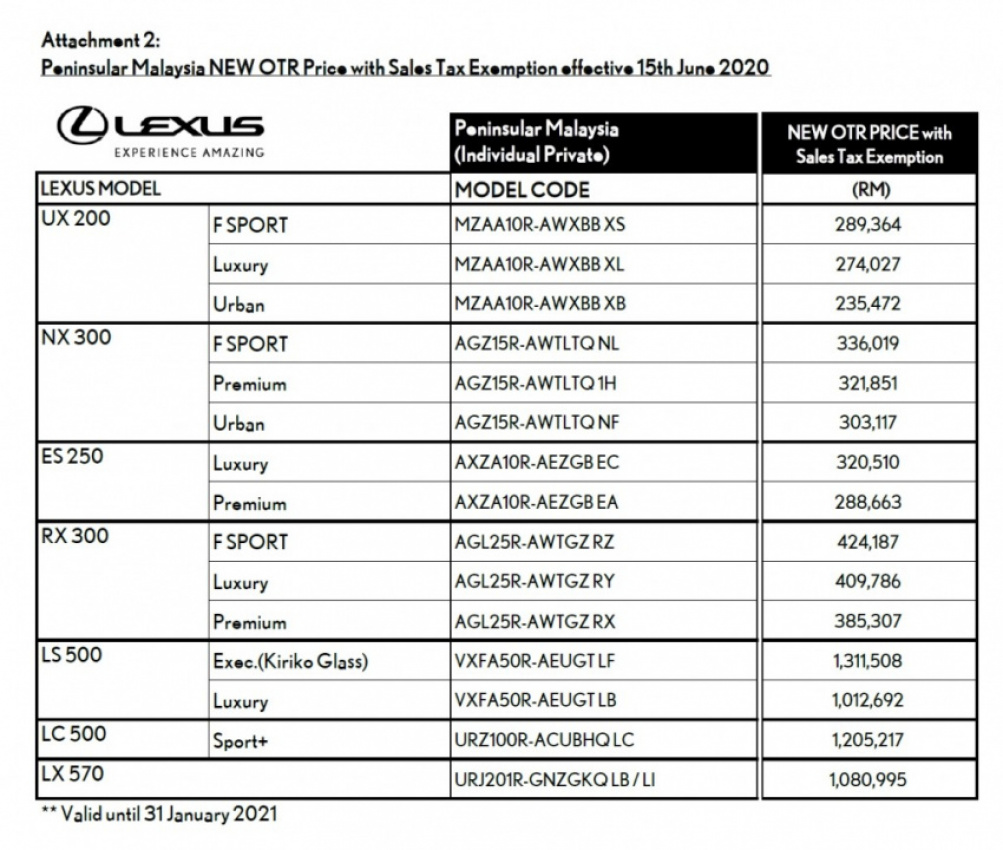