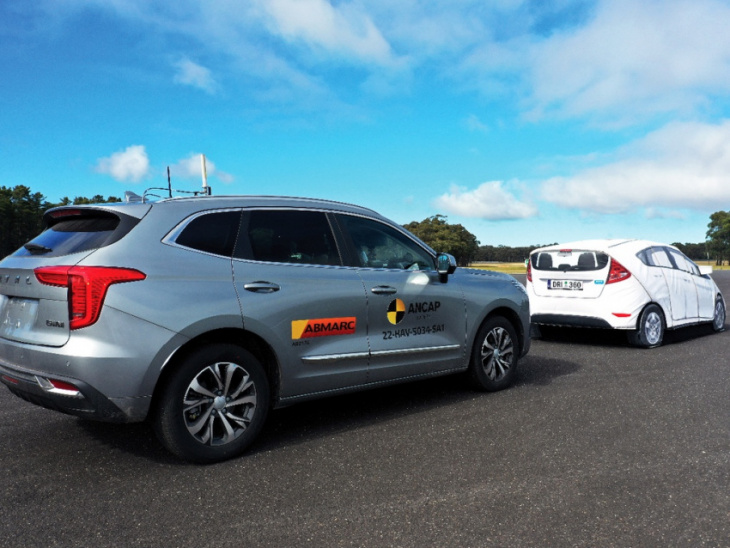 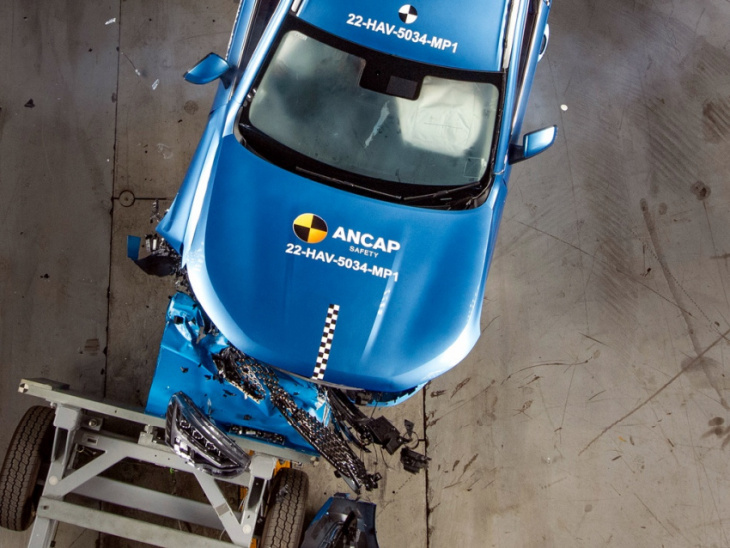 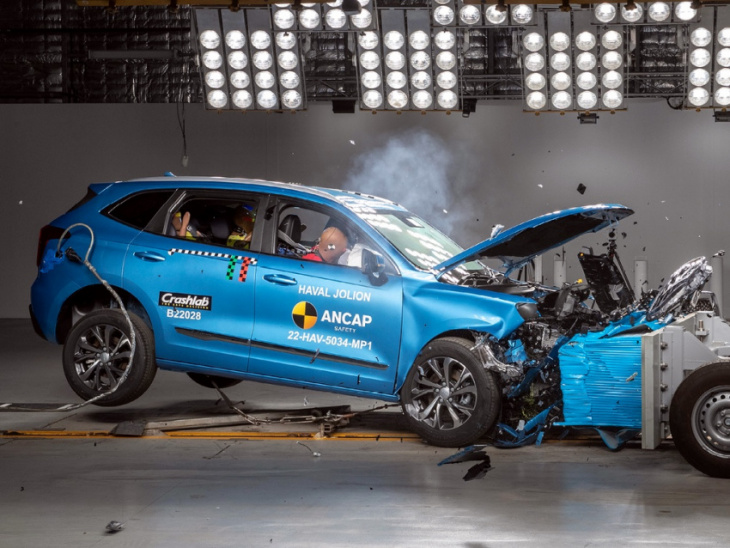 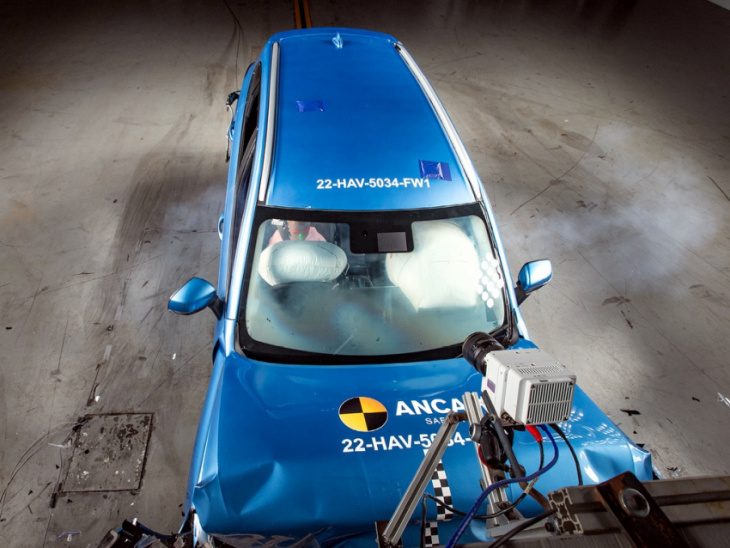 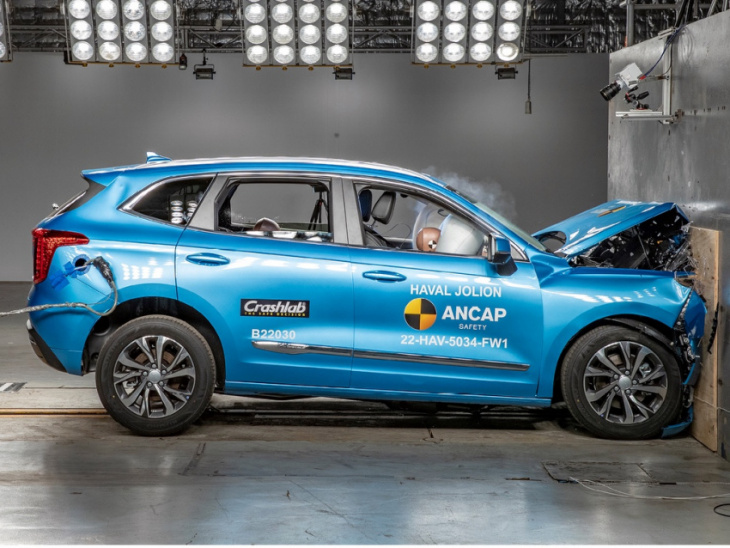 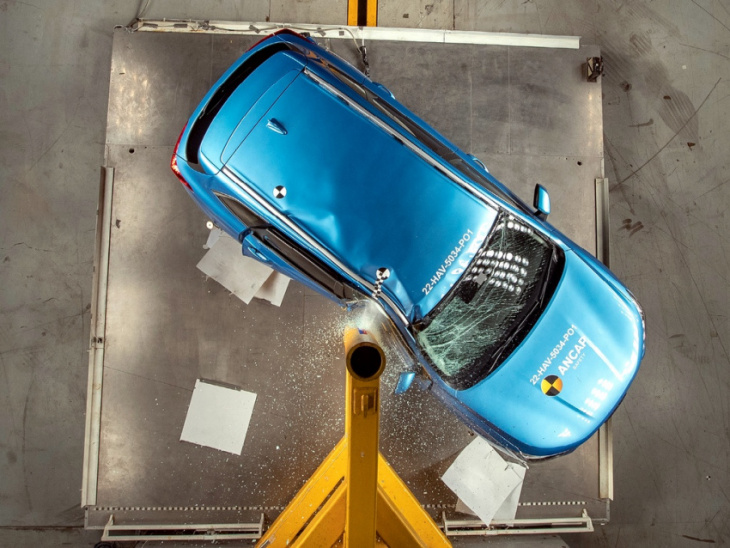 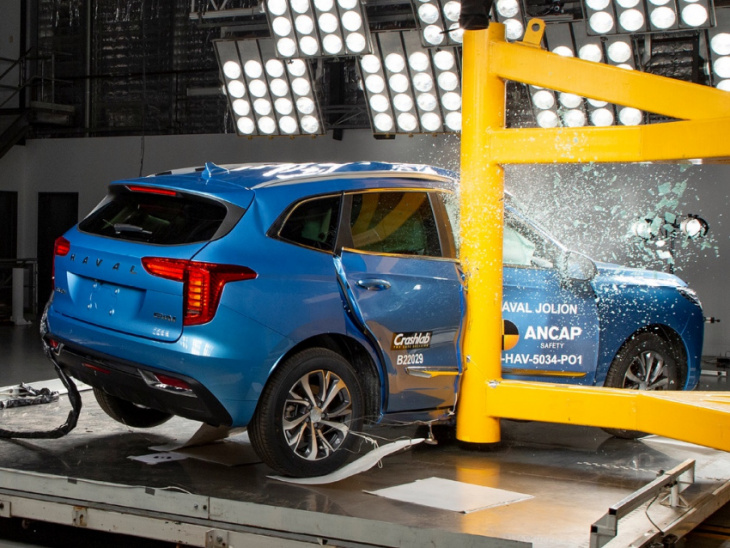 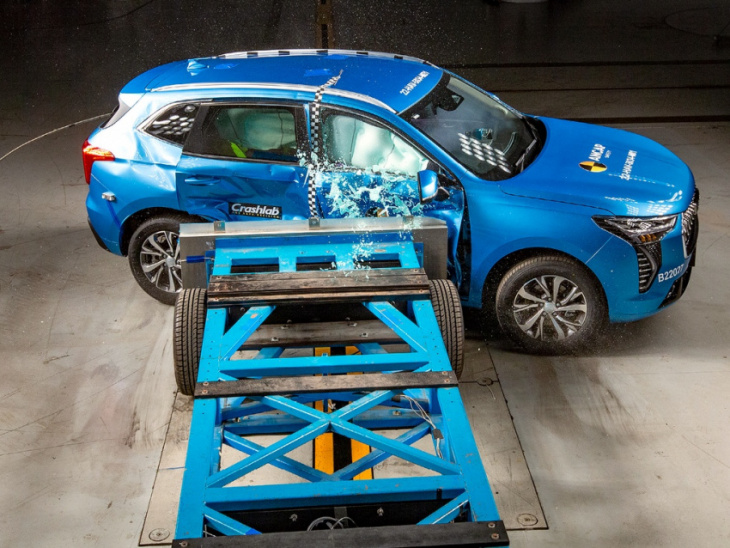 ANCAP has this week awarded a five-star safety rating to petrol-powered versions of the GWM Haval Jolion. Hybrid variants are unrated.

The safety body says that the GWM Haval Jolion was tested and assessed for its ability to physically protect occupants and other road users in a crash – through a suite of destructive crash tests – and its ability to prevent of minimise the severity of a crash with another vehicle, pedestrian, or cyclist through a range of active collision avoidance performance tests.

The GWM Haval Joilion is fitted as standard with a centre airbag to protect against occupant-to-occupant contact in side impacts. It provided a Good level of protection to both front seat occupants.

ANCAP said the Jolion performed particularly well in its active collision avoidance capabilities and that it is capable of avoiding or mitigating the severity of a crash with another vehicle through its lane support (LSS) and autonomous emergency braking (AEB) functions.

The Jolion achieved full marks for its LSS performance, and its ability to prevent a crash with an oncoming vehicle in turning-across-path scenarios. AEB car-to-car performance was also very good, the Jolion detecting and preventing contact with another vehicle “across the majority of test scenarios”. ANCAP said the Jolion’s ability to avoid colliding with a cyclist or pedestrian “was mixed”.

“This five-star ANCAP safety rating for the Jolion is the third awarded to GWM under ANCAP’s stringent 2020-2022 protocols,” said ANCAP CEO Carla Hoorweg.

“There has been a significant amount of interest in a rating for this model, and it has been shown to offer a high standard of safety.” 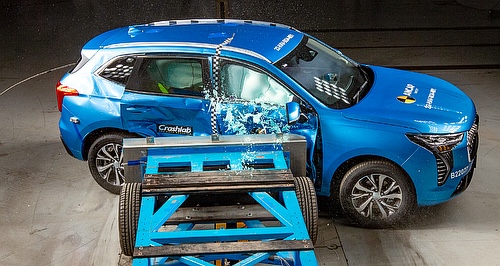