Top 10 Most Patriotic Corvettes Spotted at Corvettes at Carlisle 2022 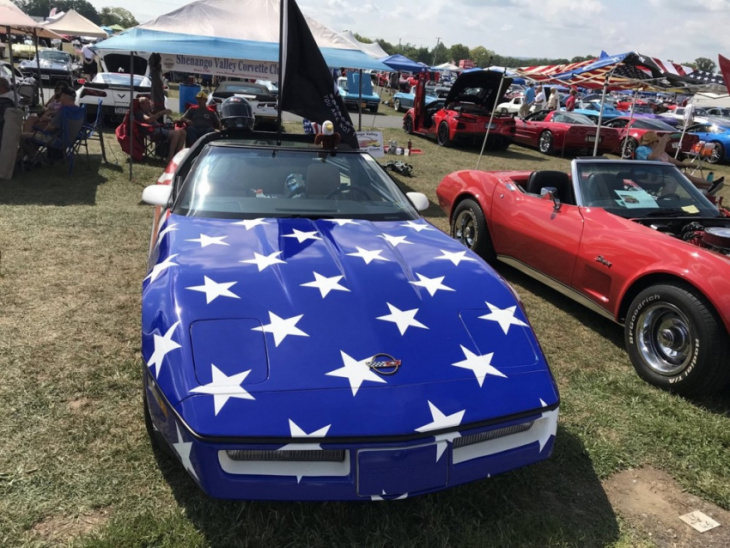 All Corvettes are patriotic Corvettes, but the owners of these rides made sure to pay an extra tribute to the country where they are made.

There is no such thing as an unpatriotic Corvette. For some owners the pride of driving America’s sportscar is more important that performance statistics. The Corvette is unabashedly American. Made in Kentucky and driven by astronauts. The Corvette has deep American roots and we love it for that. Oh, and it happens to also be a kick ass sports car. We love it for that too. But some owners decided to ramp up the national pride quotient on their car. There were thousands of Corvettes on display at Corvettes at Carlisle 2022. Many were decked out with American flags and other symbols representing the greatest country on earth. Listed here are the most patriotic Corvettes found at the show.

Some cars went with a simple and discreet approach. A simple flag or maybe a bald eagle can help the Corvette owner show off his or her pride. Some folks did just that. Others went all in on the concept and decorated their Corvette in such a way that you almost felt like you should salute it as it rolled by. It was awesome to see. The list below are the most patriotic Corvettes of the show starting with the simplest and most discreet and ending with what we felt was the most patriotic. Grab yourself a Budweiser and a corn dog and sit back and enjoy the list. 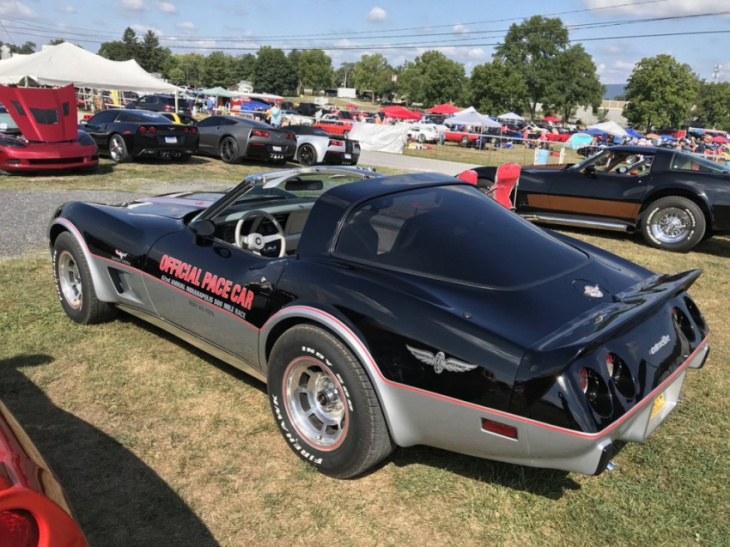 The owner of this car did not add anything to make it extra patriotic. However, this is an Indy 500 Pace Car Edition Corvette. The Indy 500 is the most widely recognized American automobile race in the world. This car is a tribute to that race and deserves a spot on this list.

Keyword: Top 10 Most Patriotic Corvettes Spotted at Corvettes at Carlisle 2022