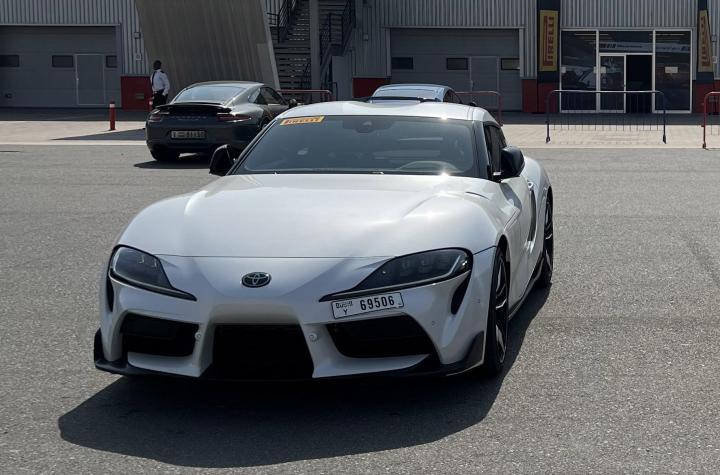 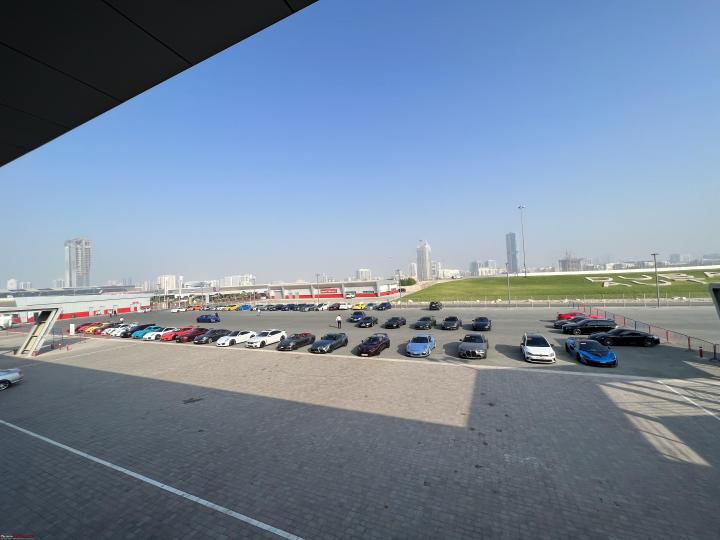 At the second session, I had got well versed to the track, the Supra was being toyed around the corners and those 382 ponies were made to work.

BHPian Amey Kulkarni recently shared this with other enthusiasts.

Last Sunday was exhilarating, fun filled with adrenaline and triumph. Special thanks to Aditya9567 for sharing the invite so that I could participate.

I relived my BIC moments from 2021 riding on two wheels to this one taking the Supra MK5 to the track.

Well, this was an event hosted by Pirelli and limited guests were invited and had to be an RSVP to confirm the participation. Aditya and I could register ourselves in time to clinch a spot. I was excited. Had been watching the track videos on YouTube to get a feel of the track and corners. Supra’s running in was finished and couldn’t have been better to hit a track day to push her legs.

The Day: Aditya and I were laughing over the morning coffee on how we causally got up and reached the track in just 15mins from our houses comparing to the circus I had to do for BIC back home travelling from Pune to Delhi, shipping bikes etc. It was a complete itinerary.

Registration: As soon as we entered the paddock, along-side registration there was a wide spread of breakfast offered as well. Although the track day was free of cost, it was very well organized, no expenses spared and safety to the maximum which was good to see. There was also a helmet counter on offer if one didn’t carry or didn’t have one. I initially though they’d charge for it but that was on the house as well. The helmets were properly sanitized and disposable balaclavas were provided to ensure hygiene.

Safety Briefing: Post the registration, we were made to attend the safety briefing of the track, dos and don’t on the track, certain markers, significance of green / yellow / red flags etc. It was very useful indeed. A Keynote was to respect the Outlap and have a Cool Down lap before entering the pits. Generally, after hot laps the brakes are on fire and the cool down lap helps them relatively normalize before you come back in.

I had a fear of the track being overcrowded to cause safety issues and accidents, but I must reiterate by stating that the event was very well organized. The track was not crowded at all. The fellow drivers were responsible and didn’t see anyone playing up their egos.

I’m guessing there were 50 odd cars ready to headout to the Dubai Autodrome “Club Circuit” is what we drove on; basically a 2.1 Km lap which is not a full lap however still technical and tests the cars to the limits at corners. We were divided into two groups and got three sessions 30mins each.

Green Flag: The sun was already scorching over the track with a slight cool breeze. The morning ambient temperature was around 28-30 degrees and off we went. I was in the first group and had to head out immediately after the safety briefing. This was my first time to drive a car around a track. The tyre pressures were adjusted from 33psi which was the normal setting to 30 psi for the Supra. Sports Mode ON which is the full attack mode wherein the steering, suspensions stiffen up and bull starts roaring with the exhaust flaps open. The first session was targeted to learn the track, observe the racing lines, braking markers in order to maximize the output and cut down on lap timings. It was nervy for sure and didn’t turn off Traction Control just to keep myself in check. Back of the head you have a brand new sports car below you and no clue how she’s going to handle the aggression. The session went well, didn’t push to the limits as I had planned but was already waiting for the second session to commence.

The second session was right after group 2’s first session which meant I had 30mins break in between. The brakes had already started showing a slight fade wherein you realize when the pedal starts going in than anticipated.

At the second session, I had got well versed to the track, the Supra was being toyed around the corners and those 382 ponies were made to work. I really wanted to see how every element of the car felt. The chassis is stiff but supremely agile, you point and she’ll hit that marker. Body roll felt minimal and the acceleration with the Twin-scroll Turbo never felt lame nor sluggish, the power was available on the tap at any given point. There’s torque everywhere in those 7K RPMs. There was a point where I could see myself closing up on the Cayman ahead of me at the pit straight. The braking was bang on. They’re not grabby and infact progressive to the point that you start realizing how much peddle needs to be pressed for what amount of bite.

I completed 3 hot laps and was doing 2 cool down laps every session as I knew she was being pushed for the first time. But she never gave up on me.

At the third session, the sun was right up, it was closer to noon and the track was hot and throwing up marbles. I only did two laps and came in. It was plenty for us and the cars I guess , the brakes started fading and in the last session we decided to call it a day.

Summary: All in all, I must say that the Supra performed above expectations. At stock settings, she handled really well, the tyres were sticky enough, front 4 piston Brembos brakes had a great bite braking from 200+ speeds to 70 ish Kmph in a jiffy to a tough turn 1, change of directions also felt natural, the ZF 8 speed gearbox felt crisp as well. To point out the downside on the car, the suspension could be stiffer, and the steering feel could’ve been better as well. But that’s why you have mods on the car to make it just right for the driver.

Overall, a satisfactory day and already looking forward to the next one.

Here are some captures from the Pirelli Event at Dubai Autodrome : 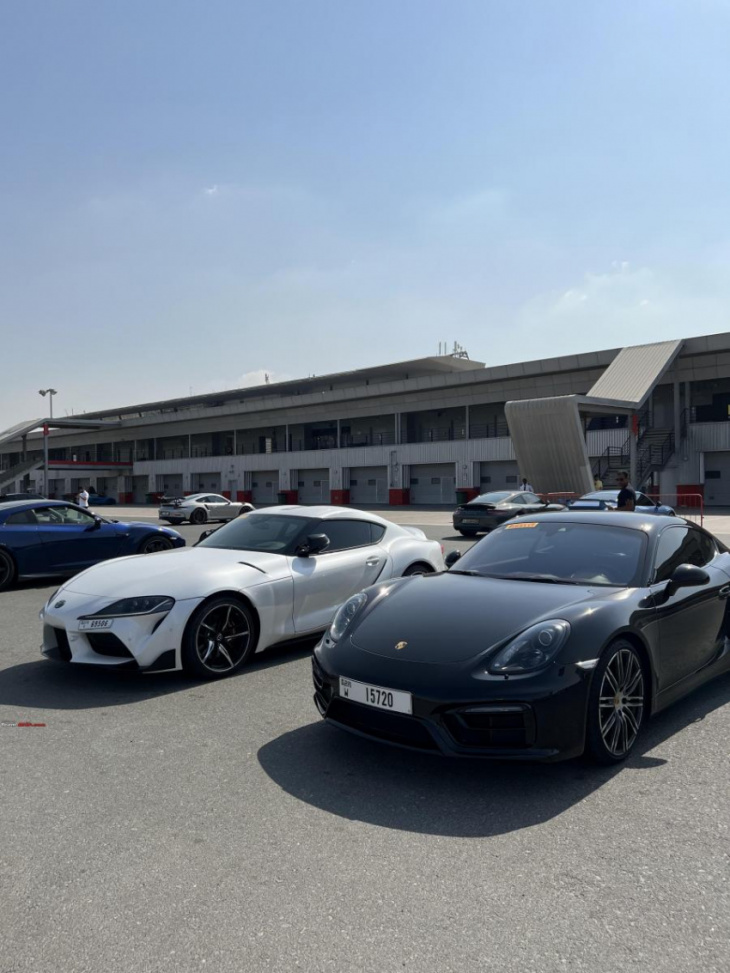 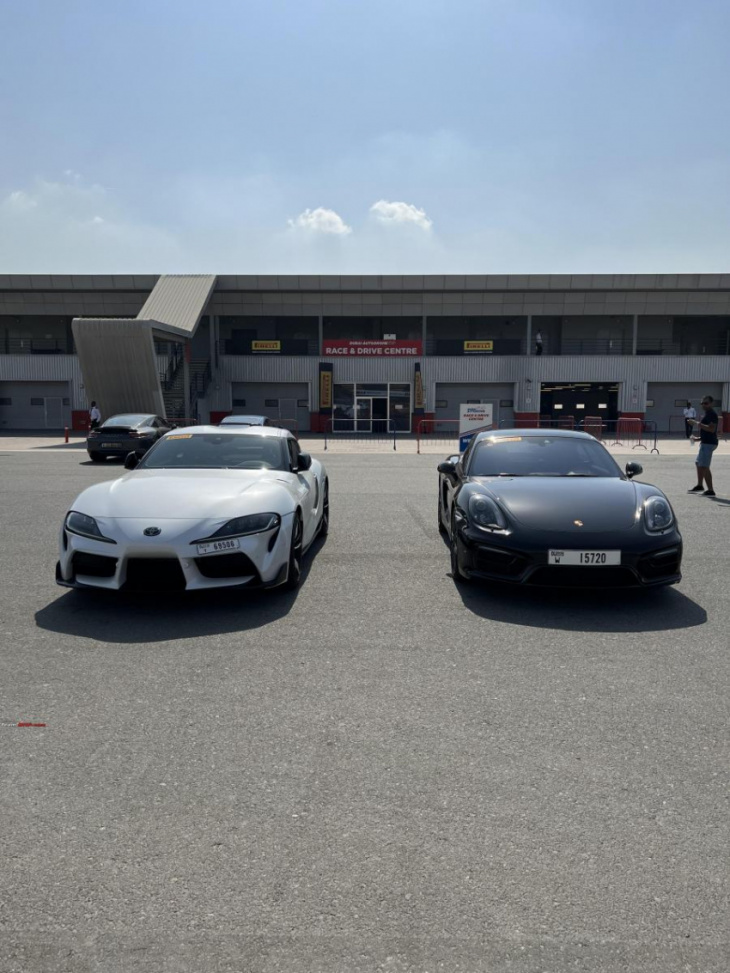 First view of the paddock and pits (Left side): 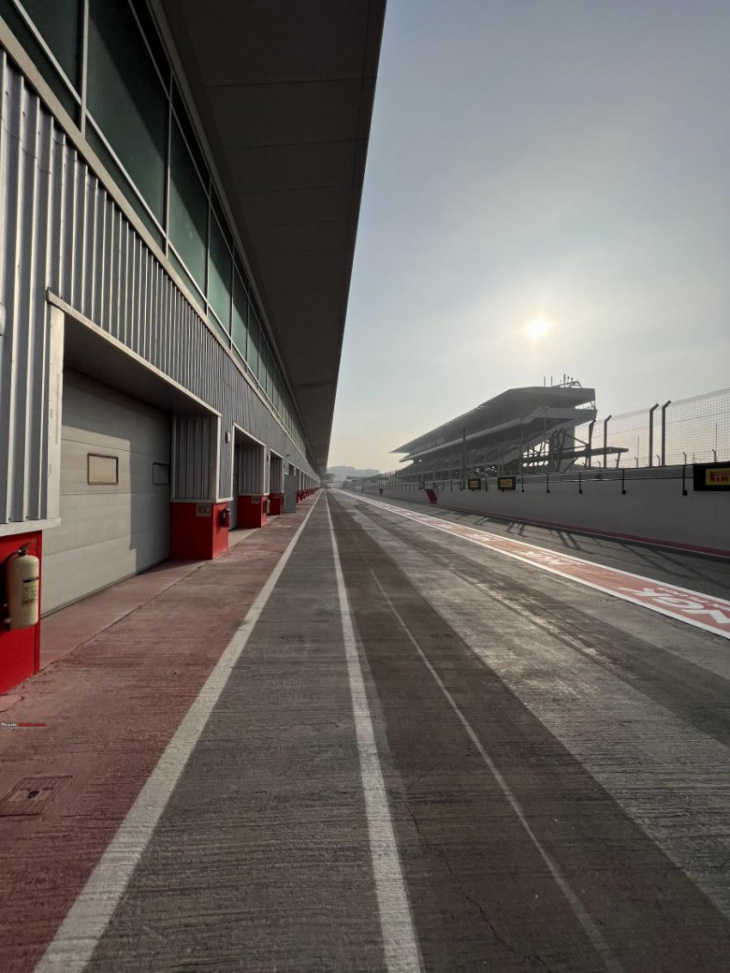 First view of the paddock and pits (Right side): 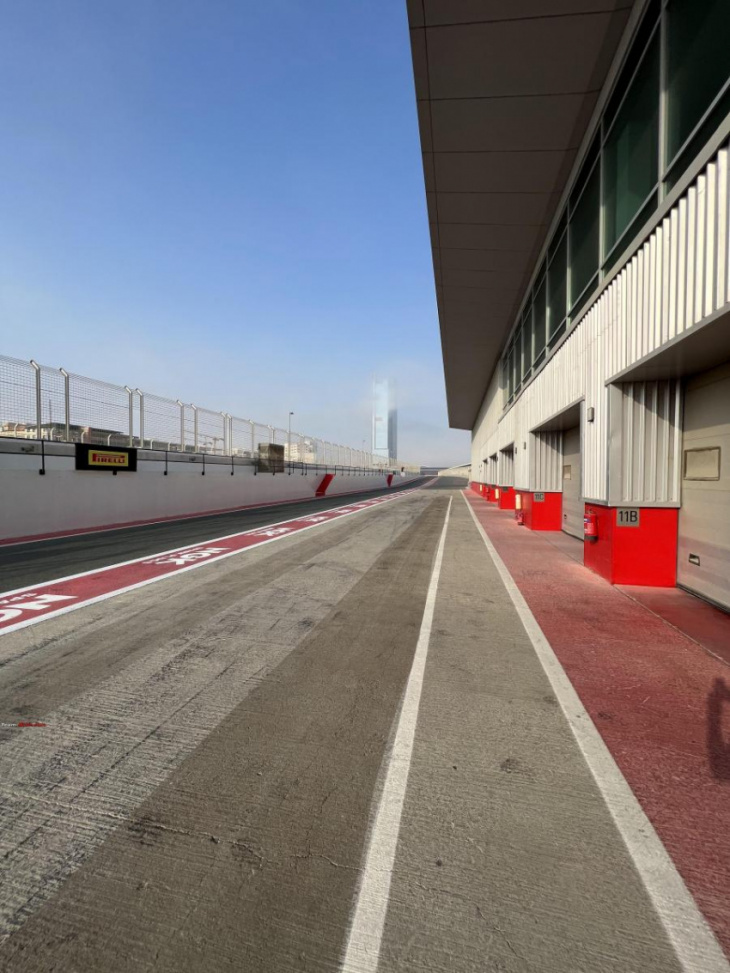 Arrival to the glorious day: 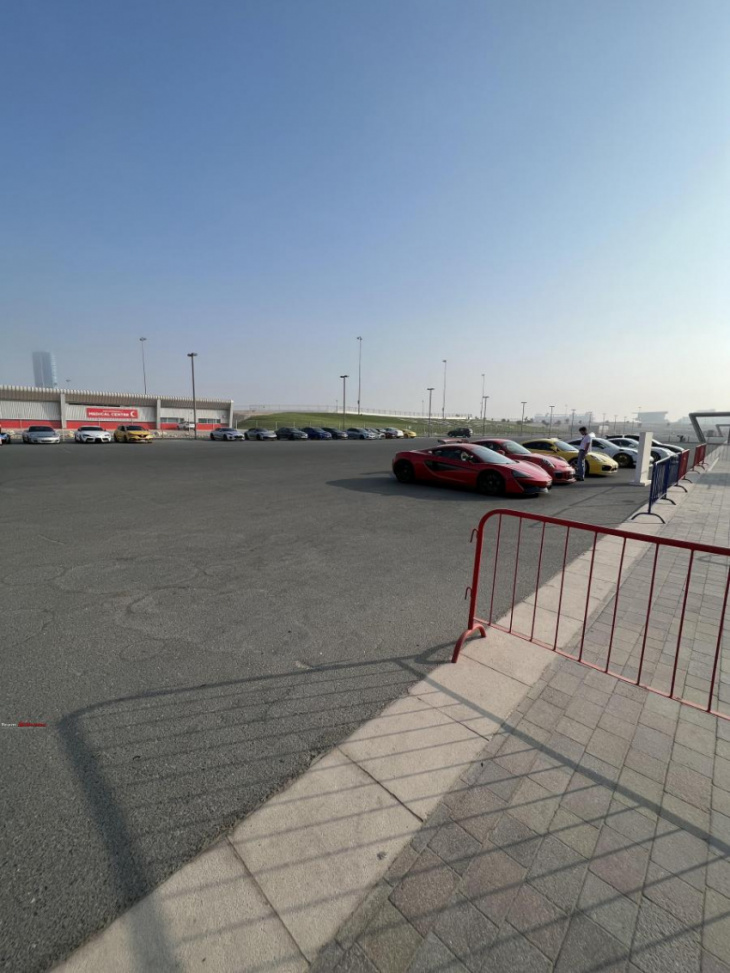 The gateway to the registration: 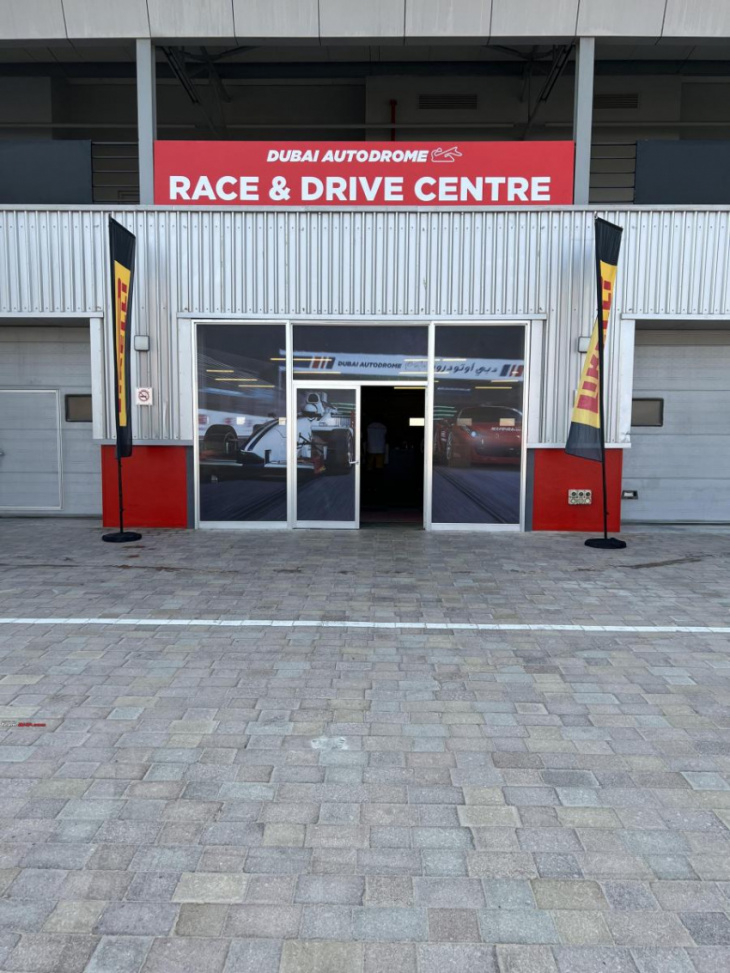 The heavens with Mclarens & GT3RSs: 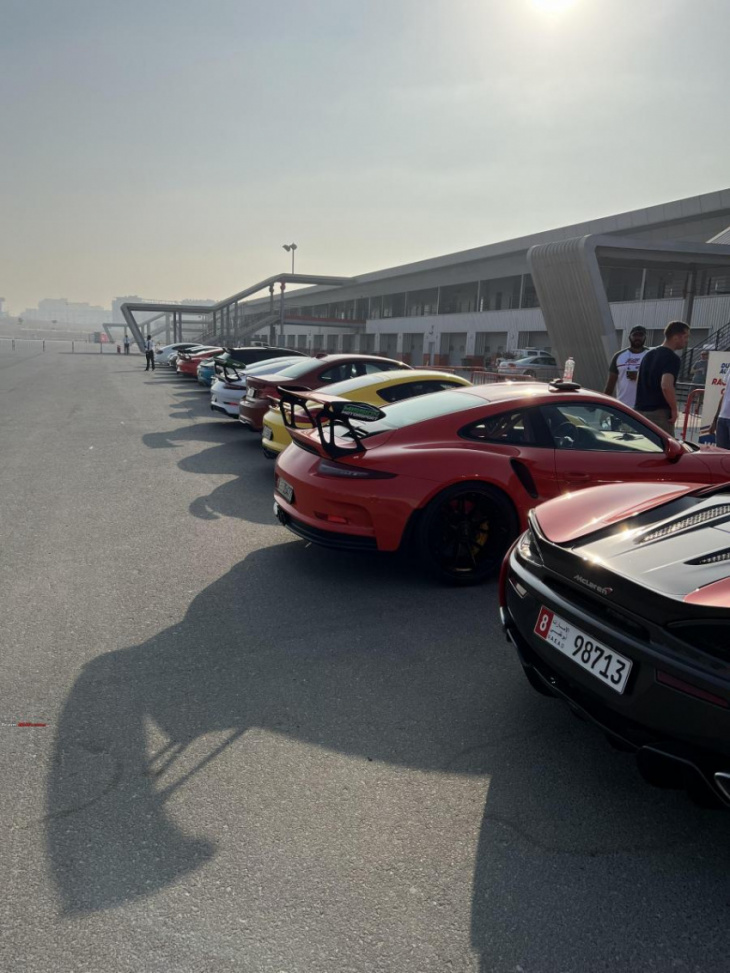 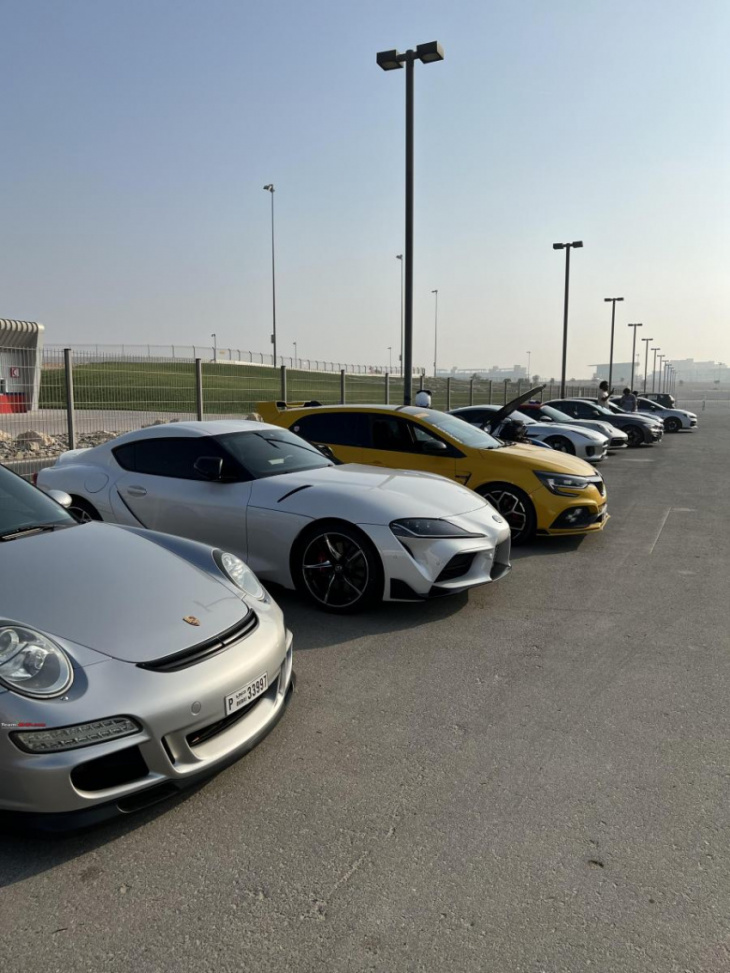 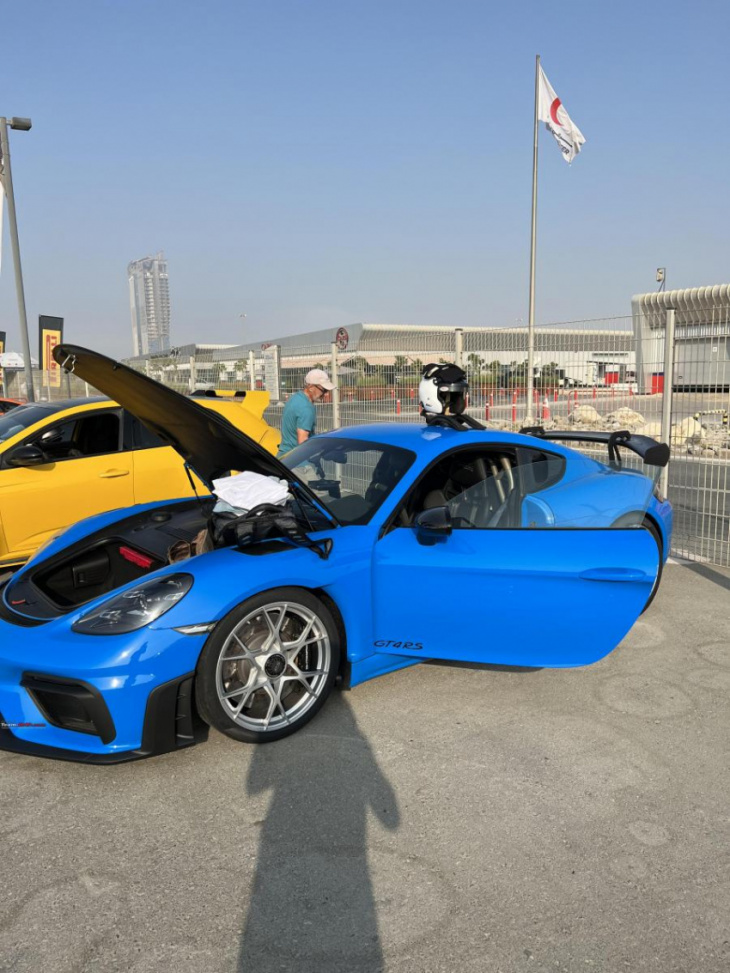 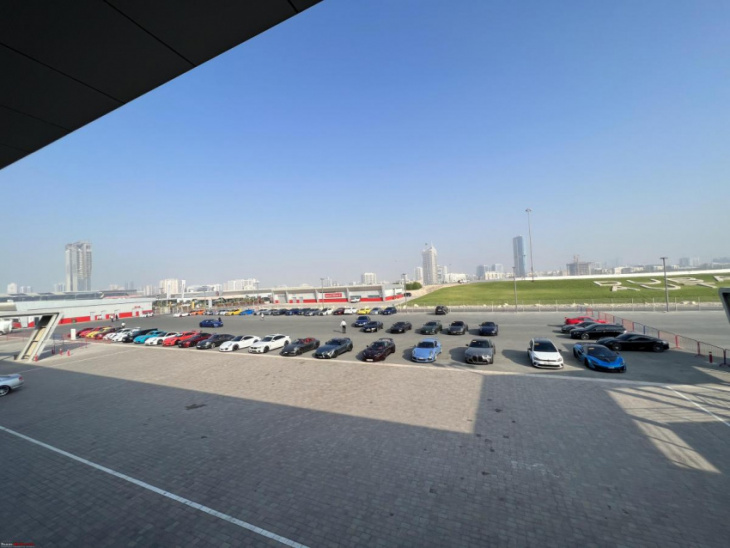 Safety briefing of the circuit: 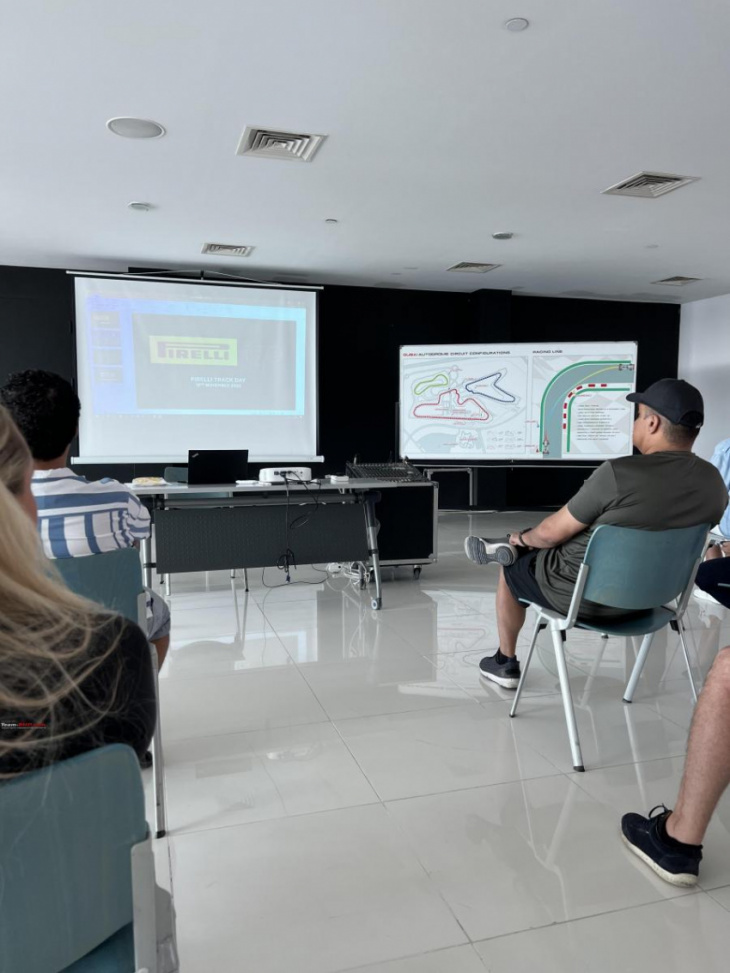 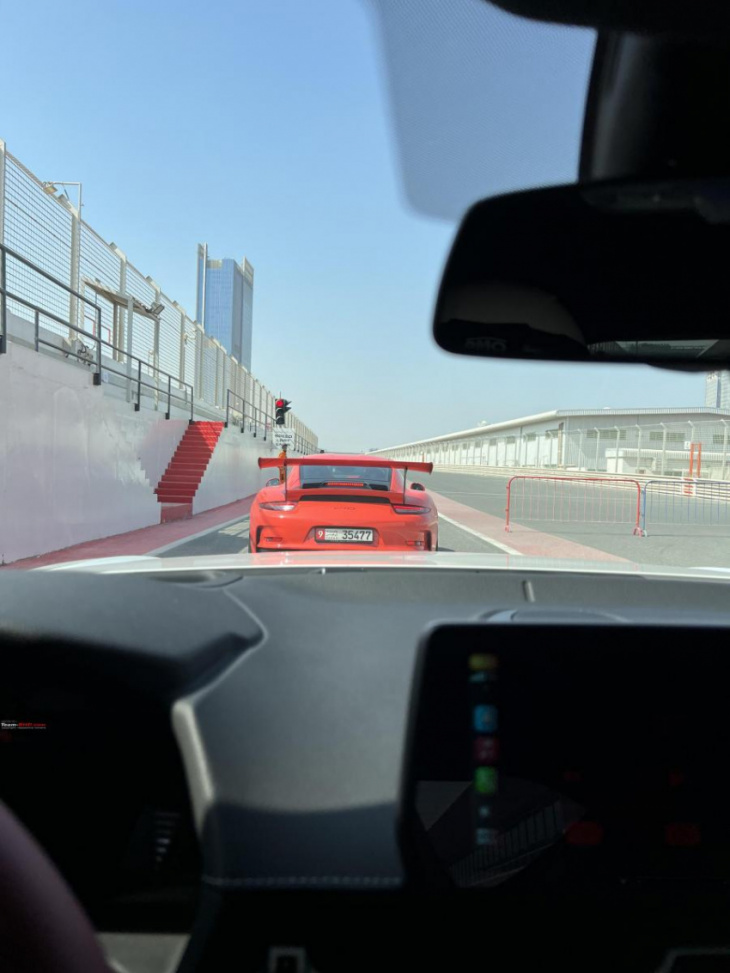 The limits on the Supra: 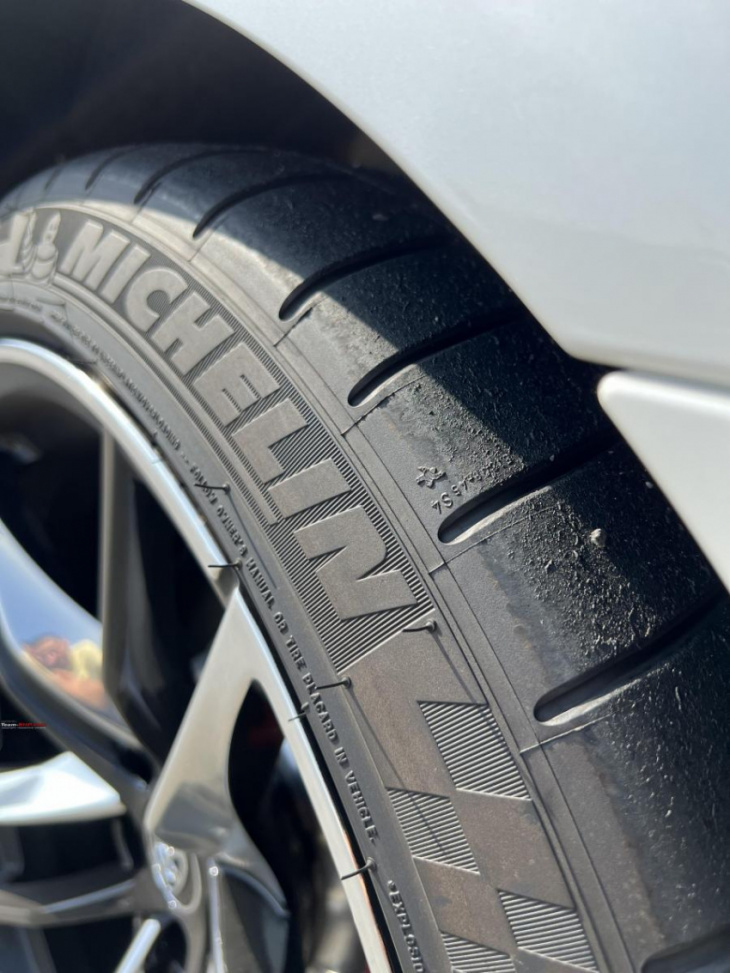 Keyword: Took my 2022 Toyota Supra for hot laps at the Dubai Autodrome

These 10-second Toyota Supras are heading to SEMA