This car is being sold by OK Classics.

Crew cab pickup trucks are popular vehicles, no doubt. But what’s not as common knowledge is that VW offered crew cabs that mimicked their famous buses, a few decades back. Examples like this impressive restored VW Crew Cab offers two rows of seating and ample cargo room. Up for grabs from OK Auctions is a two owner restored 1966 Volkswagen Crew Cab. 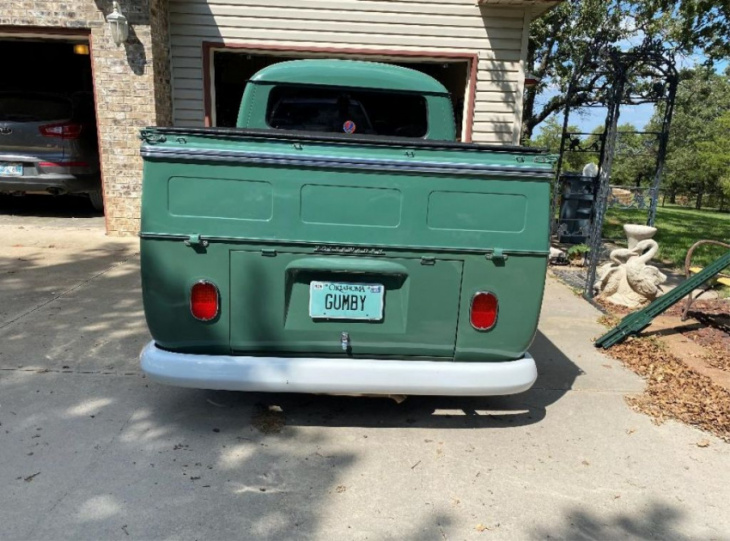 With the appeal of the van, the VW Type 2 trucks have some nostalgic appeal and cool looks. It’s a rare sight to see in the United States, as the Chicken Tax kept most of them from making it to state side. Since this is a 1966 model, it was made after the implementation of the tax in 1964, so it’s even rarer to find one of this year model in the United States. 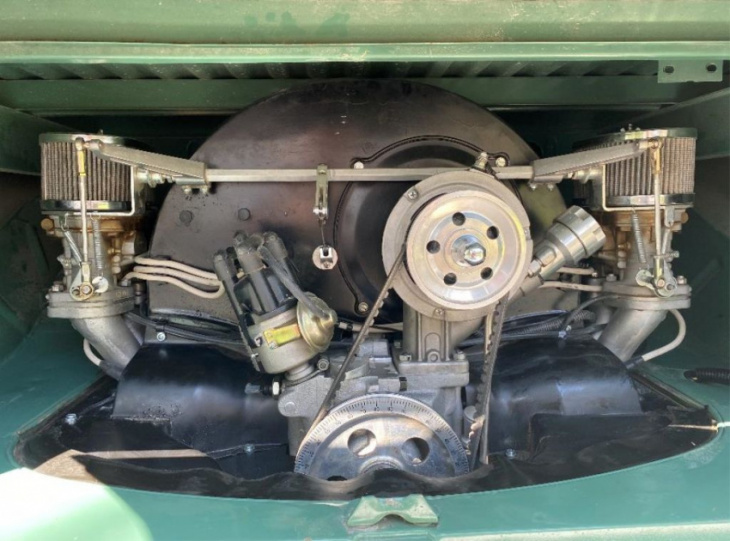 This particular 1966 Volkswagen Crew Cab has only had two owners and there’s only 53K miles on the clock. It’s been modified to feature a 4-inch narrowed drop h-beam. It gets stopping power from Wildwood disc brakes. It has a new 1914 engine with dual carbs, which is backed by a Freeway Flyer transmission. The engine exhales through a custom exhaust. 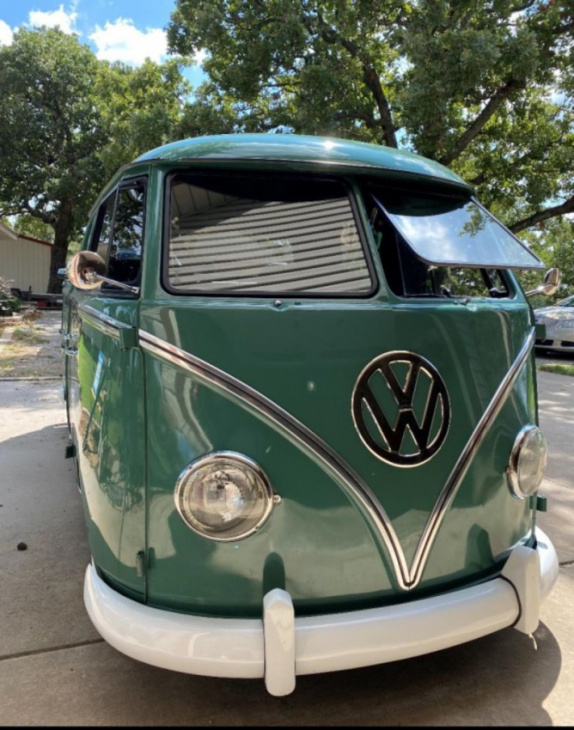 It has a leather interior, hardtop tonneau cover, deluxe trim, ABS door panels, safari windows, tinted glass, and the body is in excellent condition. It is a part of the OK Classics Classic Car Auction that’s taking place on November 19, 2022.