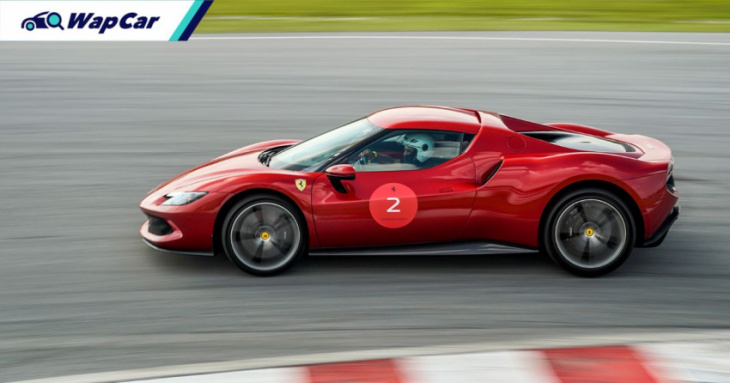 “Have you had durian before?,” I asked my instructor Andrea Nori.

“No..what is that? Is it like a papaya?” His assumption is just based on what he knows, but cutely wide off the mark – and despite my attempts at convincing him it “doesn’t really smell that strong” and “tastes sweet” – I’m sure man was definitely in for a surprise. 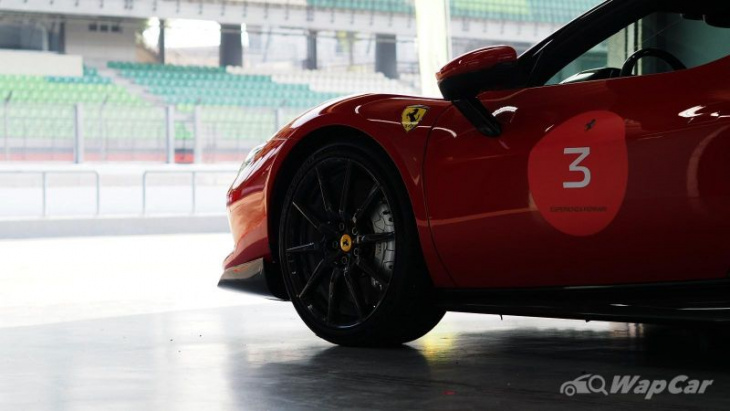 It’s funny but my experience isn’t all that different anyway. The last time I was on the Sepang International Circuit I drove a and a , and today I have a bright red to play with.

I just hope I don’t end up trimming Sepang’s grass with a carbon splitter, lest I’ll trading the keyboard for a new career… 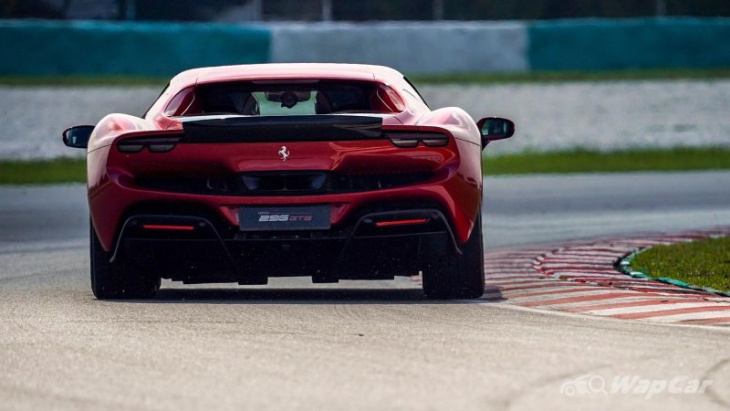 As Ferrari’s newest plug-in hybrid, the 296 GTB certainly has got a lot to negotiate, and perhaps the biggest test is whether or not it keeps the bloodline pure. And on track is the best place to test that. 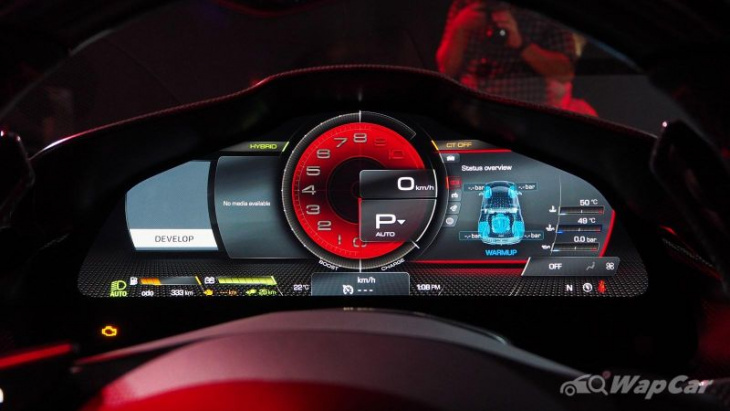 Post-IPO Ferraris have certainly taken a different tact from its ancestors, with all sorts of digitalisation and gadgetry that might please trust fund babies, but less so those anticipating the rawness of the cavallino rampante. 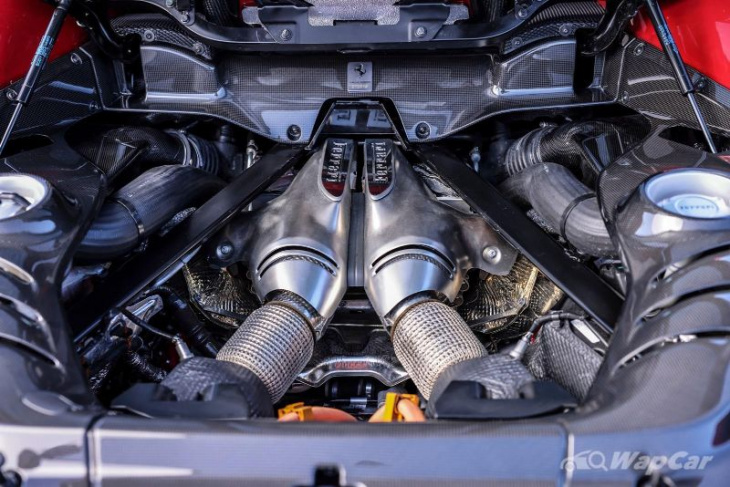 It’s not Maranello’s inaugural electrified offering; the bigger, pricier, fancier carried the hybrid torch first. But in its time it was a halo car of sorts – this 296 GTB has an arguably tougher job of normalising the plug-in hybrid (PHEV) tech for a new league of customers, many of whom be experiencing the brand for the first time through it.

For a marque whose back catalogue is steeped solely in the sound and splendour of V8s and V12s, one slip-up here with its new V6 and Maranello’s gates will soon have rich people picketing with ‘BRING BACK NA!!!’ writ largely on some cardboard. 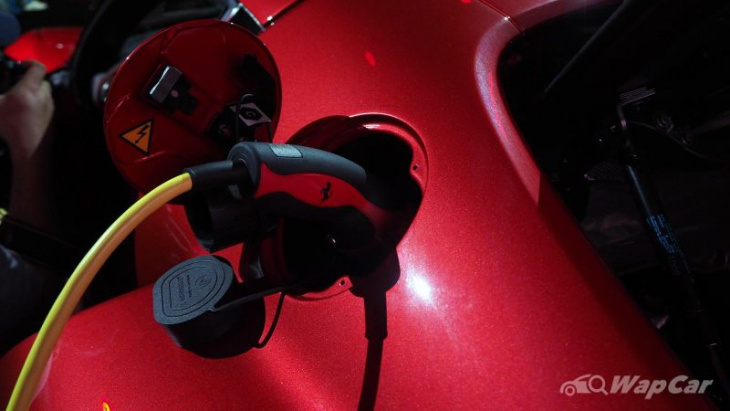 Ferrari, graces to them, has done everything it can to prevent said pickets. 830 PS and 700 Nm from the 2.9-litre mill eclipses their last fully internal-combustion V12 that powers the , and the 296 GTB outpaces models like the , F12 TDF, and the LaFerrari around the Fiorano test track. 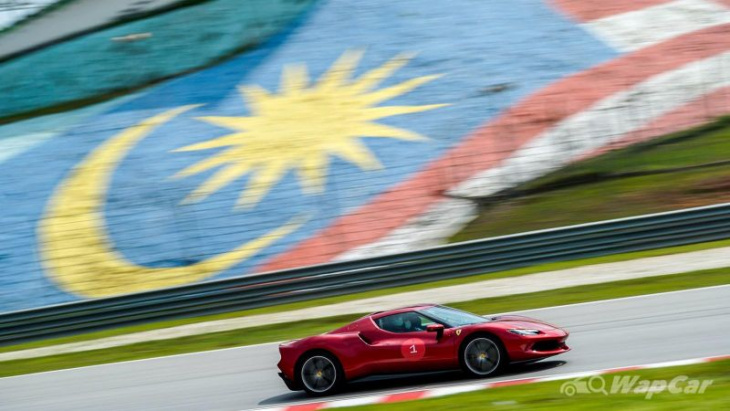 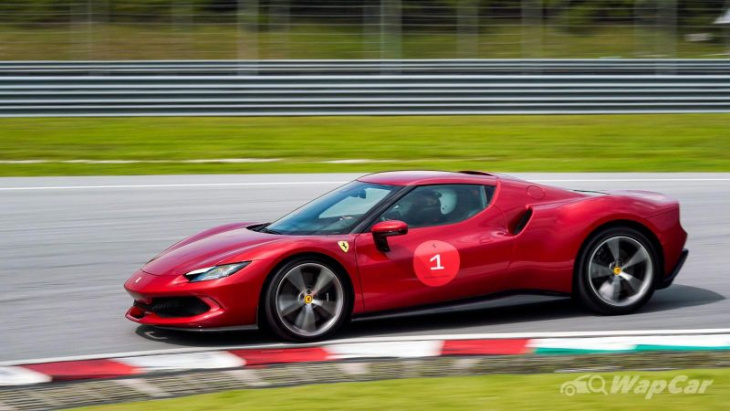 Plonk the high-revving engine with a ridiculous specific output – 221 PS/litre – into a compact package that’s about a (identical 2,600 mm wheelbase, though the Fezza is 12 mm longer at 4,565 mm) – and you’ll start to see what Ferrari means about making a powerful, ‘fun-to-drive’ car. 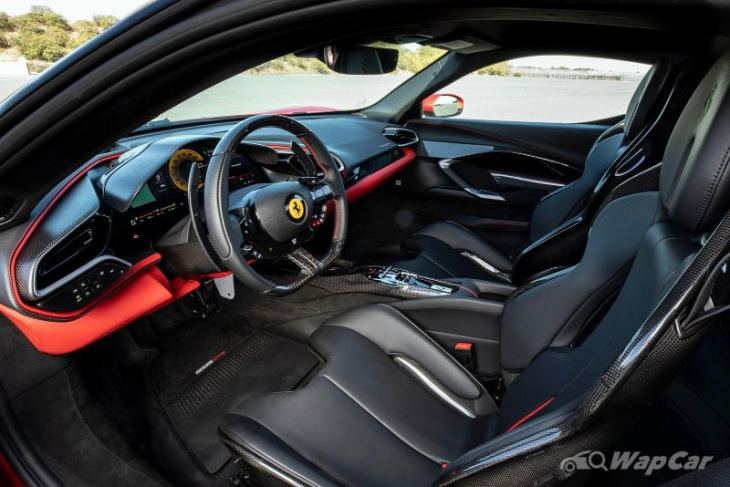 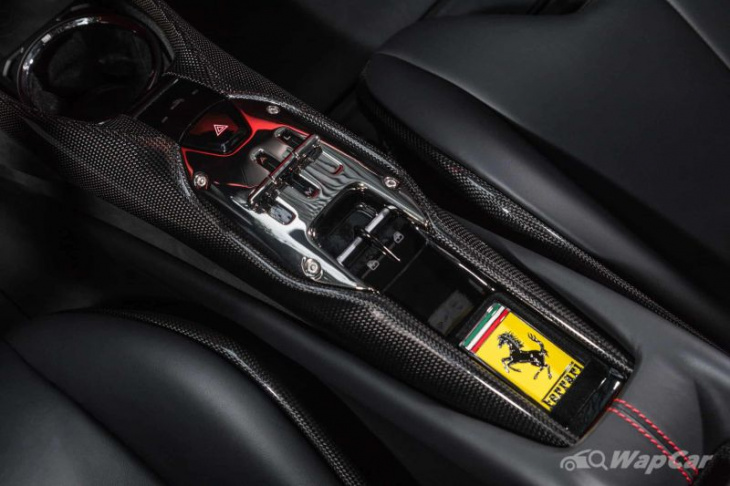 After slight adjustments, the 296’s cockpit cocoons the driver, where you sit low, but still have good visibility. Some driver recalibration needed here though, as everything you need while driving is on the steering wheel, other than the gear shifter modelled on the classic H-gate of vintage Ferraris.

The classic boom and crackle as you start the car and drive down the pitlane is…entirely absent. PHEV tech means it starts up on battery power, and the 7.65 kWh battery pack can pootle you for 25 kms (but up to 135 km/h!) 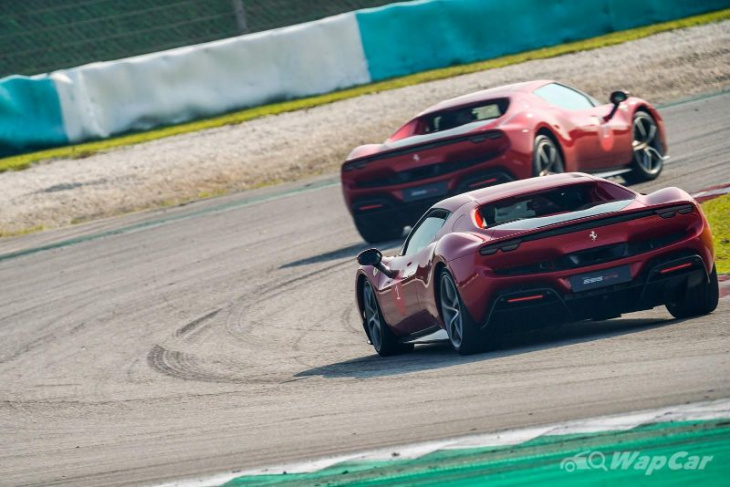 Right around the tail-end of turn 2 is when the V6 kicked into life with a boom, just in time for me to bury the throttle in the kink leading to turn 3. There’s a pin-you-to-the-seat surge of power before I’m thrust forwards again by the carbon ceramic brakes as I negotiate the corner. 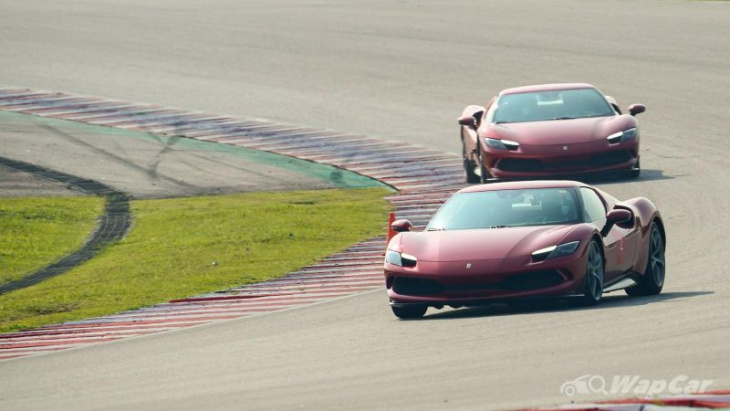 To be frank, at this point, neither you or I expect a Ferrari to be anything but neat to drive. And those rich enough to get one can attend classes to wring it like its meant to be wrung. But it’s the balance Maranello has acheived – even to me, a novice driver at best –that’s impressed me the most.

Big power is married to big control, and in turn this makes me realise that my fears or stuffing the 296 is a little unfounded – despite it being orders of magnitudes more powerful than anything I’ve driven before.

Its wind-sculpting aerodynamics just glue the car to the road, even as I push 270+ km/h by the end of the main straight. 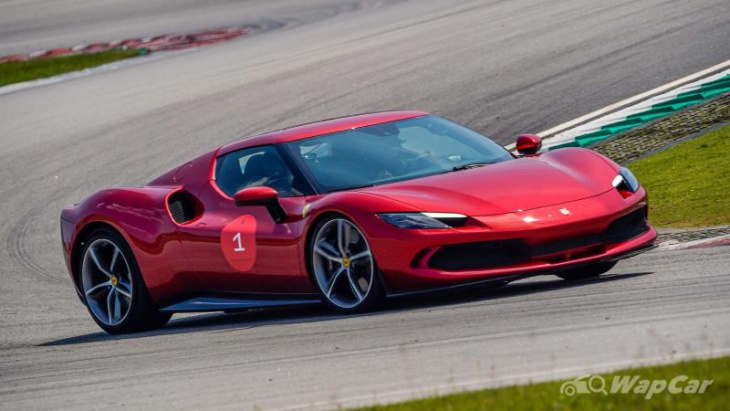 You’ll feel like the Doom Slayer (Time Slayer?) behind the wheel of this thing. The poise in handling, the pureness of the power, and the aggressive thrashing of the V6 at the back provides the soundtrack as you rip and tear around circuits is an experience that easily justifies the cost of entry. Easily. 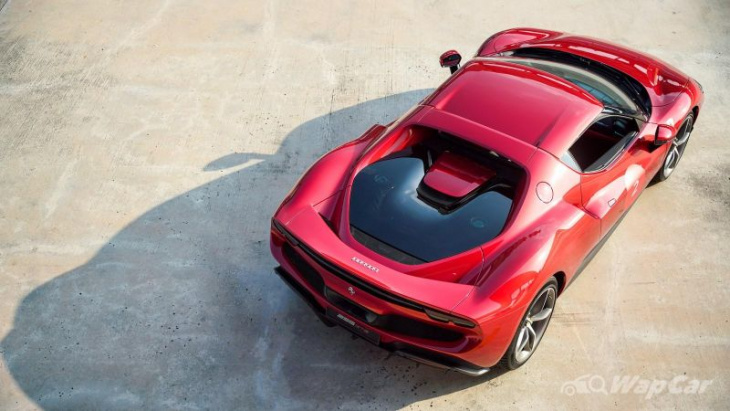 I’ll take a moment to talk about the sound, because Ferrari themselves have devoted quite a lot of paragraphs to it in their press release. Hell, even their website has a seperate tab just for the sound.

And it’s only fair; it’s a soundtrack they should be proud of, starting off with a low rumble that radiates in cabin to a piercing but bassy wail as you plant the throttle deep into the expensive, colour-coordinated carpets. 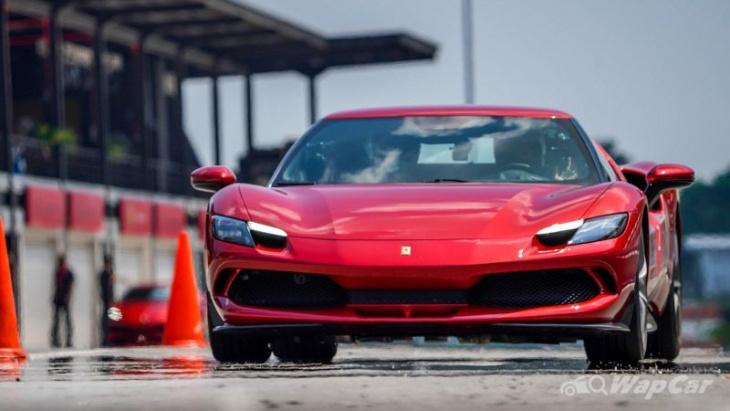 The observation I’ve had about the 296 GTB is it has set a very high bar, finely balancing its beastly driving dynamics with an overall friendliness. Not much recalibration and re-acquainting is needed if you hop into its carbon-backed seats from whatever you’ve been driving earlier. 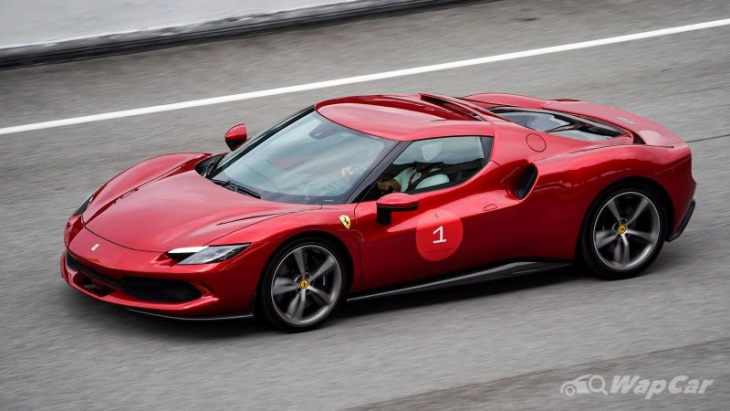 Sepang is naturally a track its lithe physique can run rings around, but at the same time, it wears its adaptability on its sleeves. I’m convinced this will slick through Kuala Lumpur just as effortlessly as the Roma did.

So, what’s there to fear? The newfangled tech distilling everything legendary about Ferrari? Pah! Allay those fears. It comes at you strong, and all the red-blooded Ferrari DNA is well and truly intact. 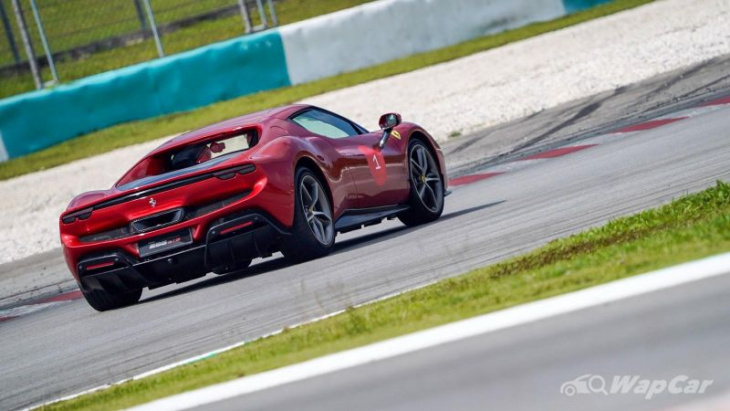 If you’re rich enough to consider one, know that you’re getting a berlinetta that’s truly the turning of a new page in Maranello’s history, and for an ‘entry-level’ model to be so electrifying…that’s how you make loyalists of a brand. 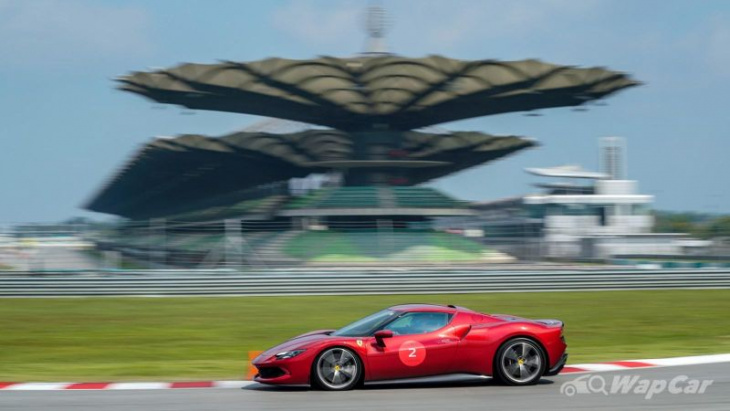 Now I just need to know if Andrea’s appreciated durians as much as I did the 296. After getting over the initial reservations, of course.

Keyword: This is how you make loyalists of the brand: 2022 Ferrari 296 GTB tested around Sepang!