As a small truck, the Ford Maverick has been fairly popular. It’s proved that Americans are willing to try out a compact pickup, even though larger models have typically been the vehicle of choice. If you want a small pickup truck, but aren’t fully sold on the 2023 Ford Maverick, there’s really only one alternative. And that is the 2023 Hyundai Santa Cruz, a vehicle that does bring a lot to the table.

Is the Santa Cruz better than the Maverick?

Depending on what you need from your small truck, the 2023 Hyundai Santa Cruz can be the better option. Before these models came out, it was honestly hard to imagine an automaker offering a compact pickup. It seemed like mid-size trucks would be the smallest thing we would see in this segment. But the Santa Cruz and Maverick have proved consumers are fine with something small.

Now, you should not expect the capability from something like the Hyundai Santa Cruz that you would get from a Ford F-150. But, these trucks are not aimed at the traditional pickup buyer. No, Hyundai and Ford have aimed these small pickups at folks who do not really need all of the utility of a larger model.

There are not really any major changes between the 2023 Santa Cruz and the 2022 model. Hyundai has increased the starting MSRP by a little bit, which does make it more expensive than the 2023 Ford Maverick.

The increase in price is not for nothing though, you get more standard safety features than you would find on the 2022 Santa Cruz. These include blind-spot monitoring and rear cross-traffic alert. In the previous model, those features weren’t even available to the SE trim.

Can the Hyundai Santa Cruz tow more than the Ford Maverick?

According to Car and Driver, Hyundai’s small truck does have the Ford Maverick beat with towing. It can tow up to 5,000 pounds, where the Maverick can only tow up to 4,000 pounds. In order to unlock the maximum towing capacity, you will have to opt for the turbocharged engine. The 2.5-liter engine is only rated for 3,500 lbs. 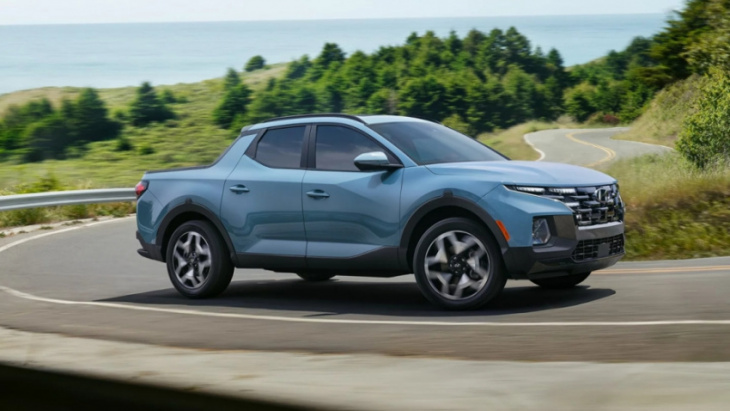 As a unibody truck, it is impressive that Hyundai is able to provide so much utility. It is even able to compete with the Honda Ridgeline. Which is a larger vehicle.

Can you buy a new Santa Cruz?

While Hyundai has announced the 2023 Santa Cruz, it is unclear if it is on sale yet. Hyundai’s small truck has not enjoyed the same level of popularity as the 2023 Ford Maverick. But, that does not mean it is a bad pickup truck. 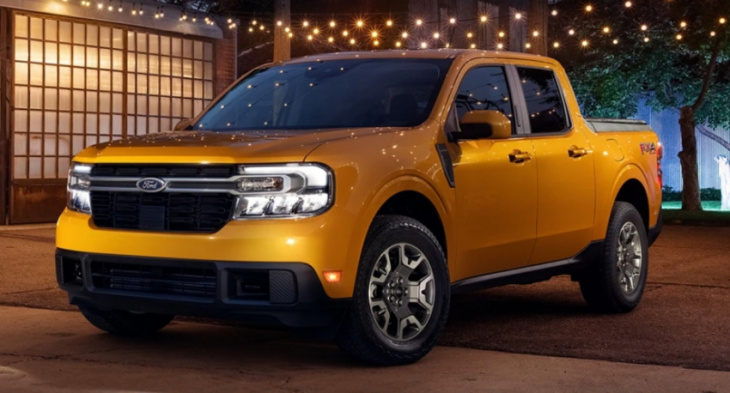 Hyundai has simply chosen to go a more urban route than Ford. The Maverick seems like much more of a traditional truck, especially with its available off-road packages. Something that Hyundai has not made available to the Santa Cruz. In the future, it would be nice to see the brand offer a competitor to the Maverick’s Tremor package.

Keyword: This Hyundai Is the Only 2023 Ford Maverick Alternative

Why does the 2022 Ford Bronco have the best resale value? Is the Wrangler or Bronco more reliable? Does the Bronco or Wrangler cost more? The battle between the Ford Bronco and the Jeep Wrangler rages on as the Bronco attempts to rival the Wrangler. Both of these off-roading ...


View more: The Ford Bronco Stole a Significant Title From the Jeep Wrangler

Giorgetto Giugiaro, who helped design the original Hyundai Pony in the 1970s, is bringing the lost Coupe concept back to life The original Pony Coupe never made it to production, but the sedan was made for 15 years The remade Pony Coupe is expected to debut next spring Hyundai ...

There's nothing like Black Friday for a healthy helping of compelling EV news to share with family and friends.

Hyundai Mobis, a South Korean automotive supplier belonging to the Hyundai Motor Group, is investing 926 million US dollars in a plant for electric vehicle components in Bryan County in the US state of Georgia. This is the very county where Hyundai Motor Group recently began construction of its ...


View more: Hyundai Mobis to build factory in the USA