A Facebook posting tells the tale of a Bronco driver making a panic stop to avoid hitting a deer. Then, the Bronco got fried a few miles further. A fire consumed most of the SUV. Fortunately, the two passengers were not hurt. The question remains if this is yet, another safety issue or a fluke occurrence.

Can line pressure cause a Bronco brake line to fail? 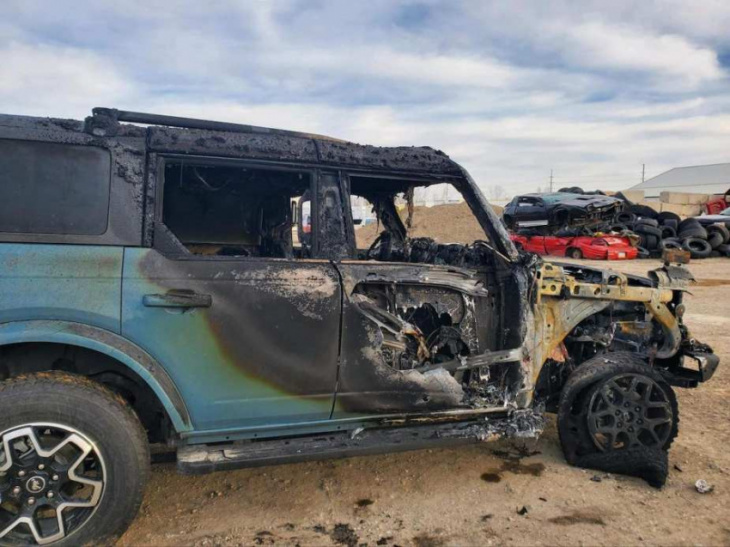 This happened in Iowa according to the Bronco 6th Gen Facebook page. A friend of the Bronco owner was driving it with a passenger. “He had to slam on his brakes to miss a deer, and seven miles down the road the ABS locked up the brakes and burst the brake line, and then shorted out and started it on fire,” said the poster.

If the pressure of the ABS system was enough to break a brake line, that is a huge safety concern. But it doesn’t seem possible, especially since stainless steel brake lines combined with ABS systems have been around for decades. If the brakes were partially engaged from the system malfunctioning, then the brakes could have heated up. But going only seven miles, it doesn’t seem far enough to cause a fire to happen.

Broncos equipped with 2.3-liter engines have vacuum booster brakes. Those equipped with the 2.7-liter have electronic power brakes. We don’t know which engine this particular Bronco came with.

Have there been Bronco brake issues reported? 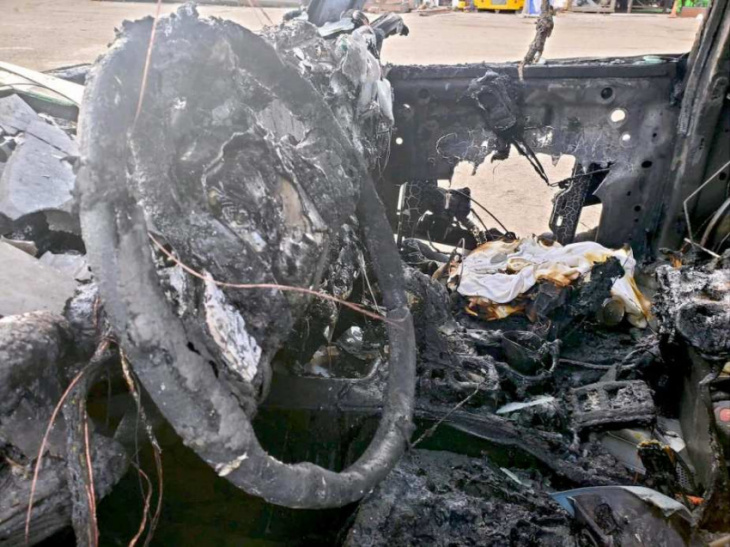 There have been reports of brake issues. One is for vacuum lines becoming contaminated in 2.3-liter models. The brakes will precharge but then clears itself quickly. Precharging occurs when there is contact from an object with a bumper, or optical sensors detect a possible collision.

The precharge reduces the time for applying the brakes when a collision is imminent. A brake warning or brake system warning lamp is one indication, and the described “ABS locked up” was probably the ABS module making the brakes feel firm.

Looking over National Highway Traffic Safety Administration recalls and complaints we don’t see anything similar to this incident. Bronco Sport models did have a brake recall in late 2021 over rear brake linings not properly manufactured. 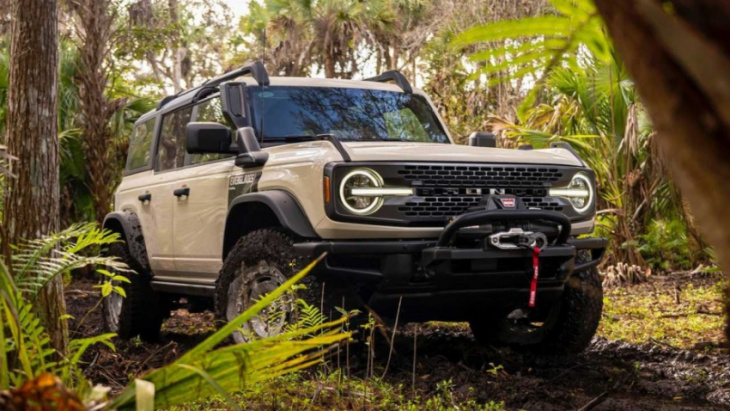 So without pointing fingers, we wonder if there is more to this story than reported. Brake fluid is flammable because it is a  glycol-based fluid. So conceivably, if it did get in contact with the exhaust, it could catch on fire. It has a 1 flammability rating which means a flashpoint of 73.4 F degrees and a boiling point of 95 F degrees.

But the question is how can a stainless steel brake line burst? PSI ratings indicate there is not enough pressure to do that. That’s why copper lines are banned. However, today’s copper-nickel brake lines are legal. They’re rated only slightly lower than stainless steel.

If we hear any more about this incident we’ll update this post.

Keyword: This Ford Bronco Burned Up After a Panic Stop

The 2022 Ford Bronco Is a Daily Driving Off-Roader

Battle of the Off-Road Oriented Base Models: The Budget-Minded Ford Bronco Two-Door vs Jeep Wrangler Two-Door

Tested: 2022 Ford Bronco Everglades Is Ready to Get Wet