The cars will use actual 2005 Ford GT chassis that were leftover after production ended. 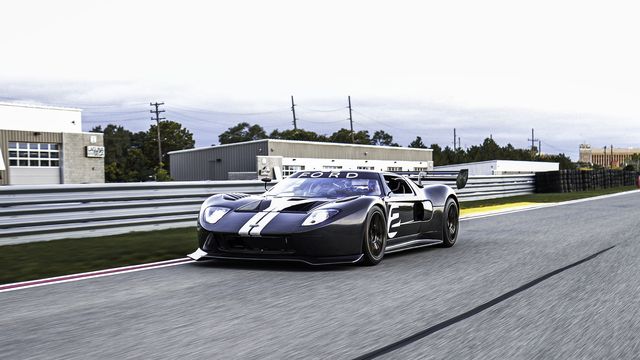 The 2005-generation Ford GT is a legend. While the new one got a ton of attention for its exclusivity and the complicated application process buyers had to go through, the last-generation car is among the last of the great, manual supercars. And while production may have ended over a decade ago, one company is selling continuation-style race cars using leftover, new, 2005 Ford GT chassis.

The new car is called the GT1, and each example is built using one of the 30 remaining Ford GT chassis that the Pontiac, Michigan firm has. That means total production will be limited to 30 units, but the result will be wild. Customers will get an honest Ford GT chassis but with upgrades to turn it into a clubsport racer, with a carbon body, huge wing, and bits from racing team Matech Concepts, which campaigned Ford GTs in GT3 and GT1 racing in the Aughts.

The aero bits aren’t just for show, either. The GT1 comes with a twin-turbocharged 427 cubic-inch Roush-Yates RY45. The company says it’s good for 1400 hp and has a 9000-rpm redline, so it’s safe to assume that it’ll be brutally quick and need plenty of grip. The good news is it also has Multimatic DSSV dampers, some of the most sophisticated dampers in the world and a product of the company that build the 2016-generation Ford GT.

Testing and development for the GT1 is still ongoing, but the company says it’ll be built in Oakland County, Michigan. They can now be reserved here.