There’s nothing more frustrating than getting into a vehicle that won’t start. Determining what maintenance you need will depend on the culprit that keeps your car from firing up. To start, you’ll need to note what’s happening, including what’s working, not working, and any noises coming from under the hood. A few common issues are the battery and the starter motor. How can you tell which one is causing you problems?

Can you rely on sound to signal your starter motor is bad? 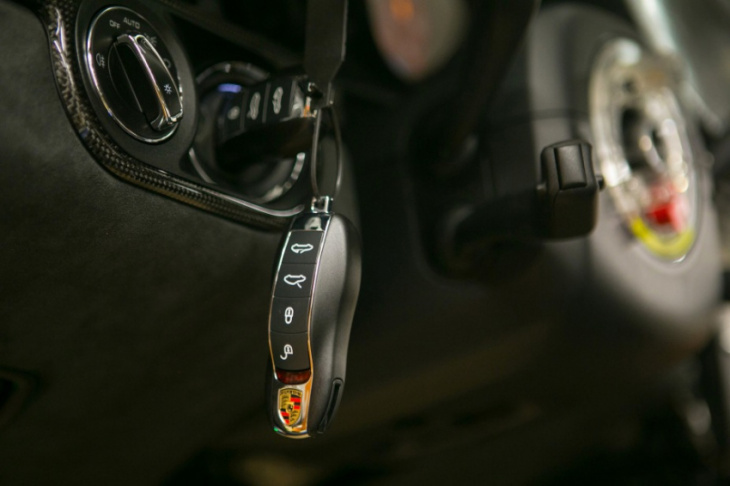 Vehicles make all sorts of noises, no matter which model you drive. Some sounds are normal, while others are a good sign of something going wrong with the car. To determine your vehicle’s issue, mechanics often rely on the sound to pinpoint where the problem is.

If you hear a noise from under the hood and think it might be a sign that your starter motor is bad, should you replace it and save yourself some money? Unless you’re handy at automotive repair and know a thing or two about the signs and symptoms of problematic parts, you probably should leave it to professionals to diagnose instead.

While some noises are good indicators of a starter issue, it doesn’t always end up being the case. Recognizing certain sounds can also be difficult because a clicking noise is different than a knocking sound. Still, both noises could be similar unless you’ve been trained to recognize the difference.

What sound could indicate a starter mower is bad?

According to Erie Insurance, if you hear a single click as you try to start the car without it turning on, it could be a problem with the starter motor. When you turn the ignition, electrical impulses flow from the car’s battery to the spark plugs and the starter. This will engage the flywheel, which kickstarts the engine.

A clicking sound usually indicates electric juice within the system, but the starter has problems taking it and firing up the vehicle. That means something within your starter motor is not working, like the solenoid, which usually makes the clicking sound. Other issues with the part could be indicated by a grinding noise instead.

Other signs of a bad starter include smoking come from the part, intermittent starting, or failing to engage the flywheel even when the starter does kick in.

Could the clicking sound mean a dead battery instead?

A dead battery is another common cause of a vehicle not starting. If this is what your car is suffering from, there are a few signs that will point to it. One is no door chimes or interior lights coming on when you open the door. That’s usually your first indication. Another huge red flag that a battery is the culprit is that nothing happens when you try to start the car. You’ll get no clicking sounds, no lights coming on, and even the radio won’t work.

However, the battery sometimes has juice, but it’s not enough to get the starter or the engine running. If that’s the case, you’ll notice the interior lights coming on, but they’ll be dim, or the door chimes will be weak. Check if the battery posts are corroded, and clean them if needed. If that isn’t the problem, you’ll have to jump-start the battery or put it on a charger. If jump-starting doesn’t work, there may be something else going on, like a defective ignition switch.

Charging the battery might help you out for the time being, but there may be something else going on. You should have a mechanic look at it because something may have drained the battery, which could continue if left unchecked. One particular issue could be a bad alternator drawing too much energy from the battery.

Often diagnosing a problem in your vehicle is determined by sounds, but knowing which noises to be aware of can be difficult. A trained mechanic will know how to pinpoint the issue to see if you need a new battery, alternator, or just a new starter motor.

Keyword: This Audible Cue Could Be a Sign Your Starter Motor Is Bad

You can have it in any color as long as it's Nardo Grey.