As a three-row SUV, Toyota has given the 2023 Sequoia a full redesign. It rides on the same platform as the Toyota Tundra and Lexus LX600, plus it has just one powertrain. Under the hood of every 2023 Toyota Sequoia is a 3.4-liter V6 engine known as the iForce MAX. This engine benefits from an electric motor, meaning that this full-size SUV is now only available as a hybrid.

Unfortunately, if you want an SUV with a V8, the 2023 Toyota Sequoia is not it. The Sequoia uses the same engine as the new Tundra, which is a twin-turbo 3.4-liter V6 hybrid. Even though it’s only a six-cylinder, the engine makes 437 horsepower and 583 pound-foot of torque.

It’s mated to a 10-speed automatic transmission, which does function well enough. The 2023 Sequoia does come standard with rear-wheel drive. But, for those who want power to all four wheels, most configurations can be optioned with four-wheel drive. The TRD Pro model comes standard with 4WD, which helps it have some better off-road cred.

In terms of pricing, the new Toyota Sequoia is not an SUV for somebody on a budget. It has a starting MSRP of $58,300, and the top-of-the-line Capstone Sequoia costs $75,300. That means the 2023 Sequoia can cost almost as much as a new Lexus LX600. 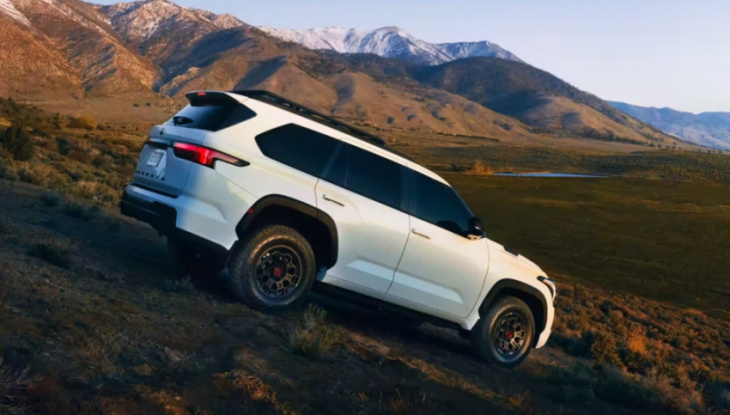 For the price, this three-row SUV does come fairly well-equipped. The 2023 Sequoia SR5 comes with a 360-degree camera and Toyota Safety Sense 2.5. According to Car and Driver, the Limited trim might pose the best value. It comes with more standard features than the base SR5, including a 14.0-inch touchscreen and heated seats.

What are the disadvantages of a hybrid SUV?

Hybrid SUVs are not perfect, and the downsides include things like higher point-of-entry costs and complex systems. A hybrid SUV will typically be more expensive than an SUV with a traditional gas engine. And, when the time for service comes, you might find yourself paying more. 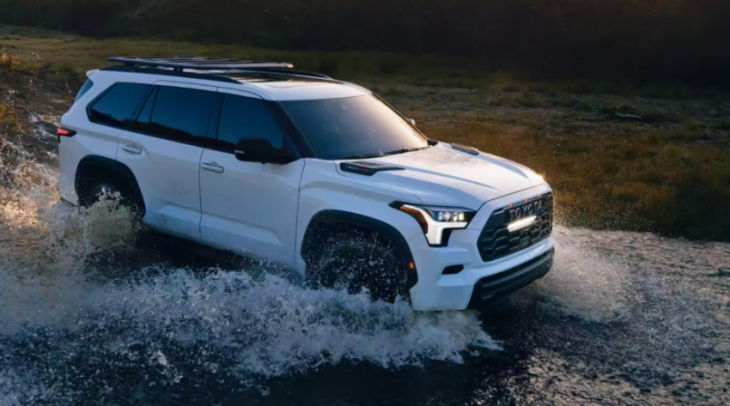 That said, Toyota is no stranger to the world of hybrid powertrains. The brand was one of the early adopters of the technology through the Prius. According to MotorTrend, the new hybrid V6 is potent and performs well. And from personal experience driving the 2022 Tundra with the same engine, it could easily be mistaken for a V8 if you aren’t in the know.

When it comes to off-road performance, the Sequoia does offer a dedicated trim level. The 2023 Sequoia TRD Pro boasts Fox dampers, a front skid plate, and even a locking rear differential. Because of its high price point, it will be interesting to see if anyone actually takes this full-size SUV off-road, but Toyota did not skimp on providing that capability. 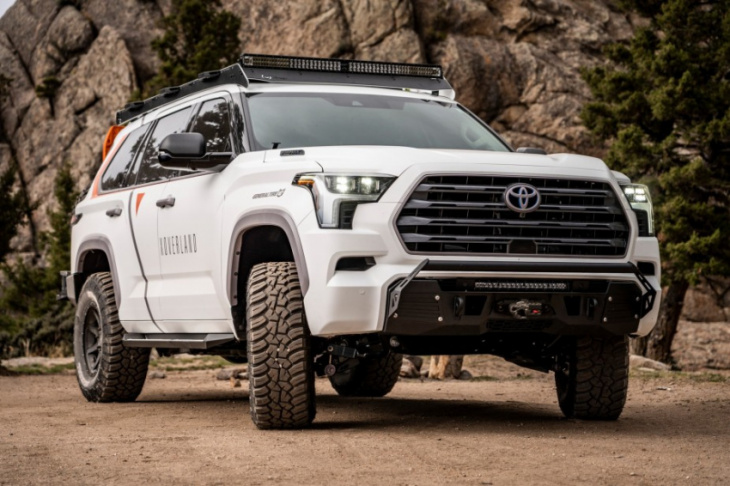 The Toyota Sequoia TRD Pro starts at $76,000, and that is before options. It does benefit from more aggressive looks than the standard variant, but it is worth noting that fuel economy takes a small hit.

Keyword: This 2023 Toyota SUV Is Only Offered as a Hybrid