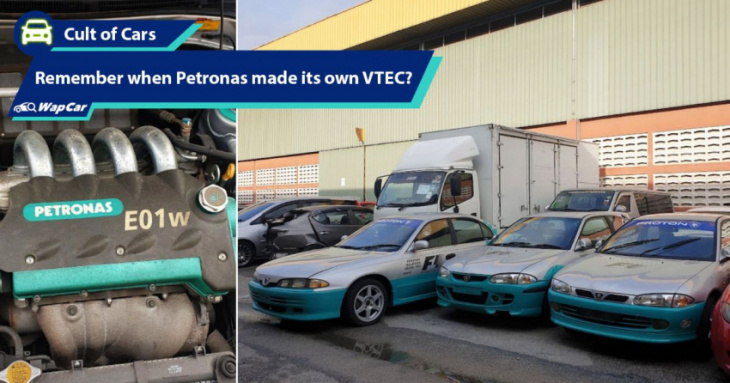 The month of August is when the patriotic spirit of every Malaysian comes alive as the country celebrates its 65th Merdeka Day in 2022. This year is also the 25th anniversary of another Malaysian hero and no, we’ve already poured our love for the Proton Putra. Instead, let’s talk about one that has been forgotten by most Malaysians unless they’re well-versed in the country’s automotive history. The Petronas E01, later called the Proton E01 was Malaysia’s first attempt at building its own engine all the way back in 1997. 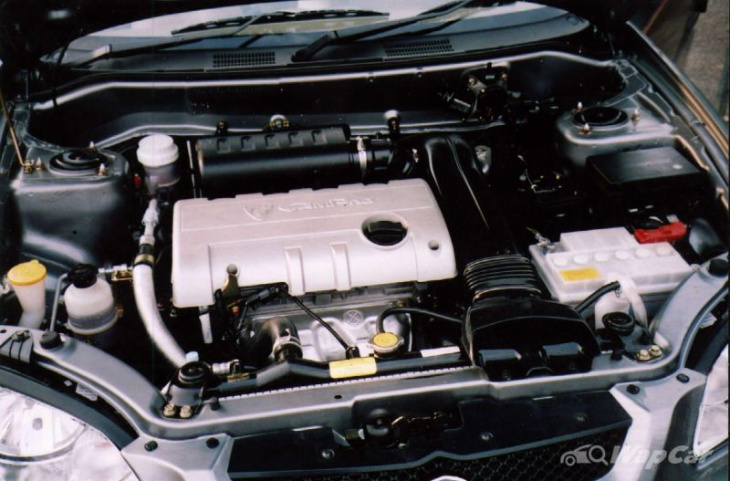 Unfortunately, the E01’s production would never materialise. Instead, the honour of the country's first locally-developed engine to enter production went to the much-maligned CamPro engine in 2004. 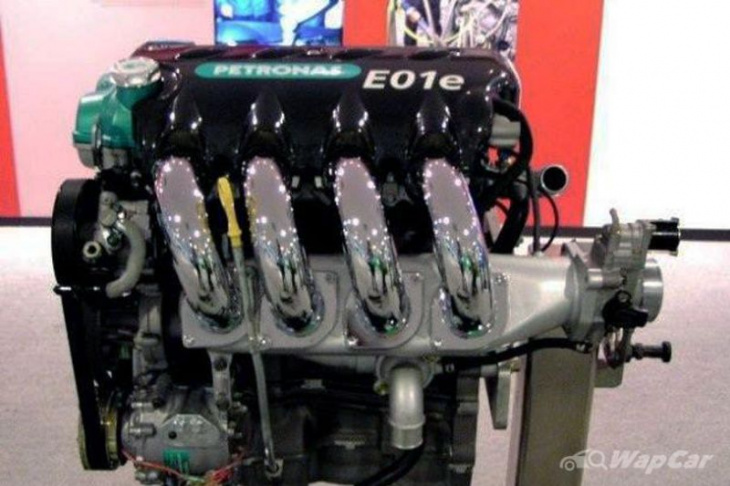 The E01 showed a lot of potential during development which also involved the Sauber Formula One (F1) team but as you can see, history wasn’t exactly kind. So, what happened? 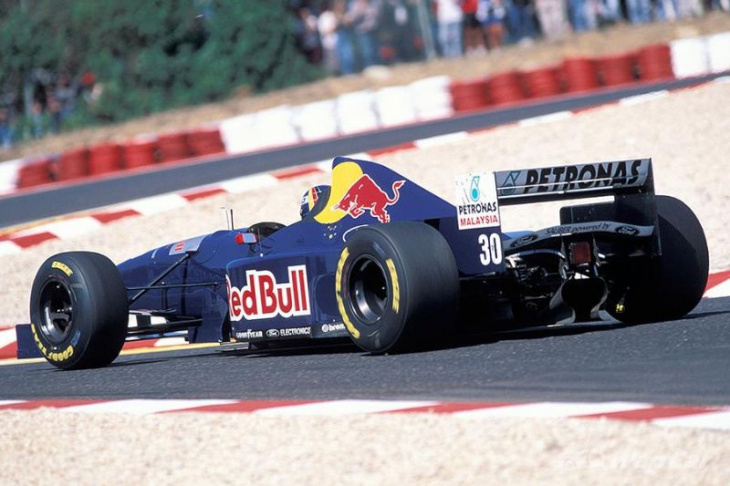 The Sauber C14, the first F1 car to feature Petronas (and Malaysia)

Petronas’ entry in F1 in 1995 was an effort to expand itself globally as Malaysia’s national petroleum company would diversify beyond just selling oil. That year saw the Petronas name and logo emblazoned across Sauber's F1 cars. 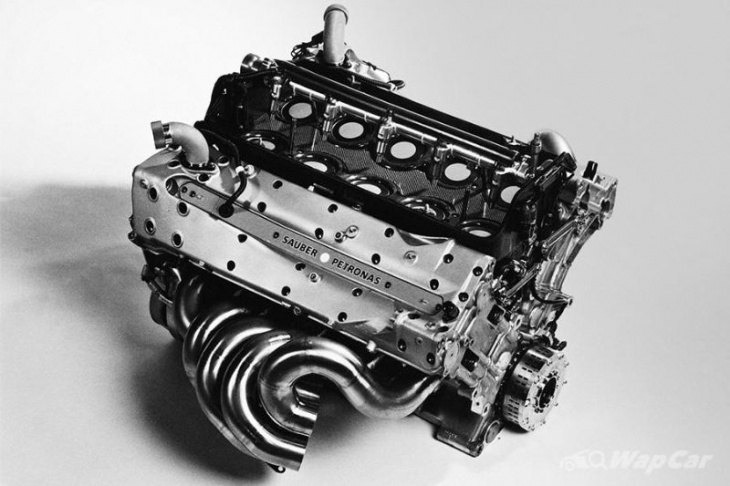 Sauber wasn’t a winning name in F1 like Williams, McLaren, or Ferrari, but it was still a proud achievement for Malaysians to see a brand they recognise emblazoned on the one of the fastest cars on Earth. Eventually, the sponsorship would bear fruit when Petronas became an engine supplier for the Swiss team in 1997. 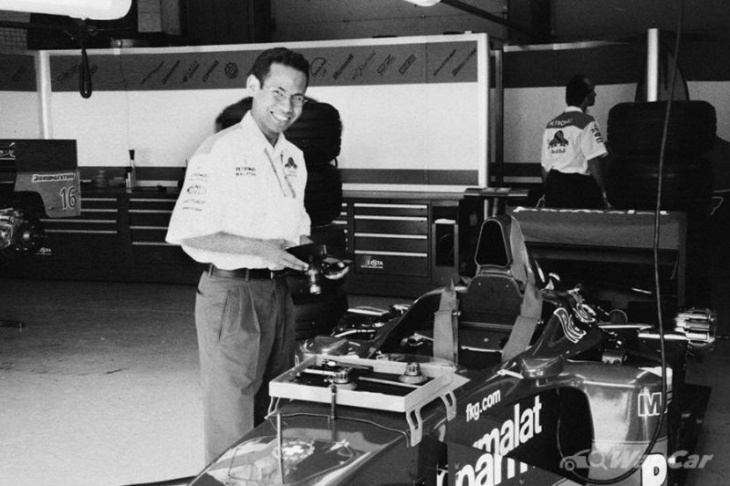 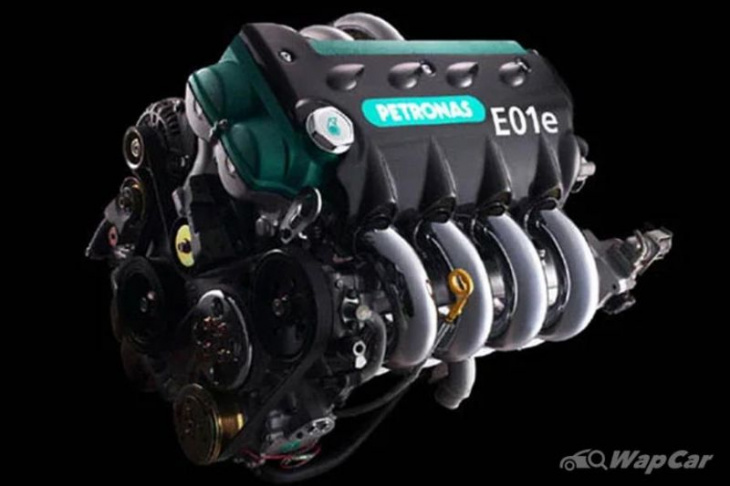 Development of the engine was done in two phases with Petronas engineers fully involved in the engine’s design and analysis. In February 1998, an engine start-up ceremony was held followed by the testing of the unit 4 months later at the Pasir Gudang circuit. 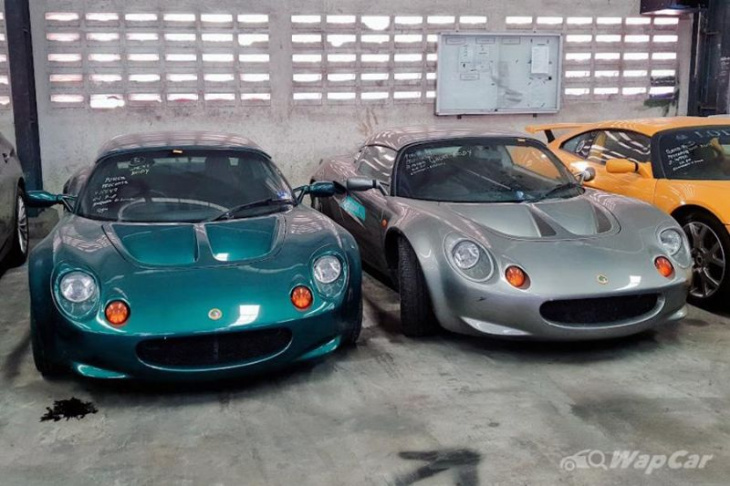 Two Series I Lotus Elises had the Petronas E01 installed for the final part of Phase A which ended 16 months after the project kicked off. The E01 is a 2.0-litre fuel-injected, naturally-aspirated 4-cylinder engine that is capable of producing 204.3 PS at 7,300 rpm and 203 Nm at 5,300 rpm. 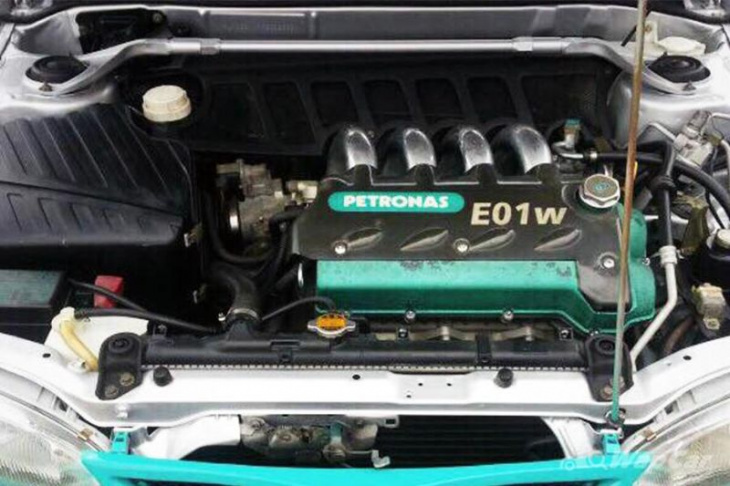 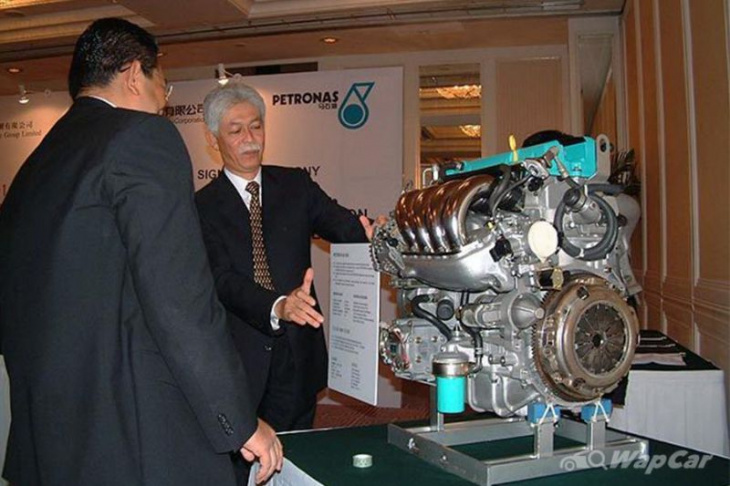 Looking at the numbers, you can’t help but compare it to another legendary powerplant, the Honda K20A, considered to be among the best VTEC engines that kicked in (yo). You could even call it Malaysia’s VTEC for the amount of power being churned out. 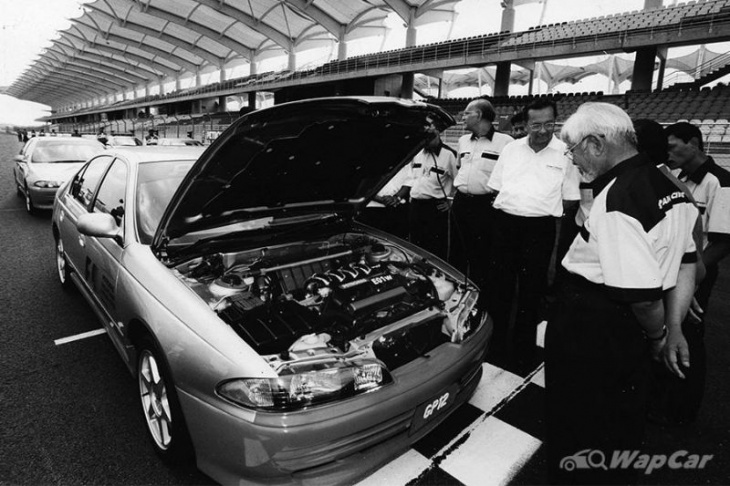 Still, the engine’s other aim wasn’t just to pull impressive power outputs but to be versatile. The E01 can be installed 15 degrees tilting forward or back within the engine bay and to prove that, the engine was later installed on various models including the Proton Perdana, Satria GTi, and Waja. 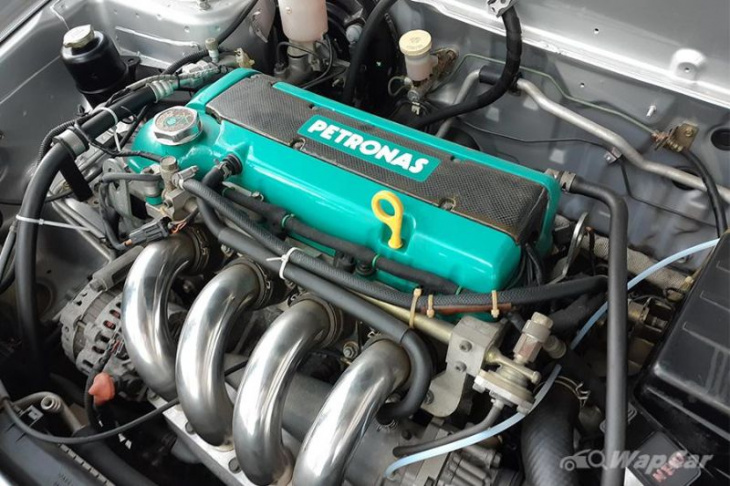 Besides, the engine can also be configured to 1.8-litre and 2.2-litre variants. It was meant to signal a new age for the country’s automotive industry but like any achievement, there were roadblocks on the journey ahead for the E01. 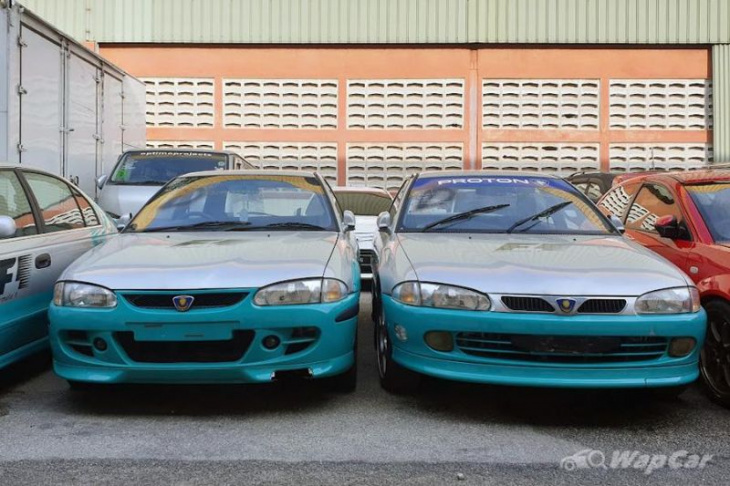 The fact that an oil company like Petronas produced a capable engine might ruffle a few feathers at Proton. Malaysia’s first carmaker had been rebadging Mitsubishis while using its technology for over a decade at that point. 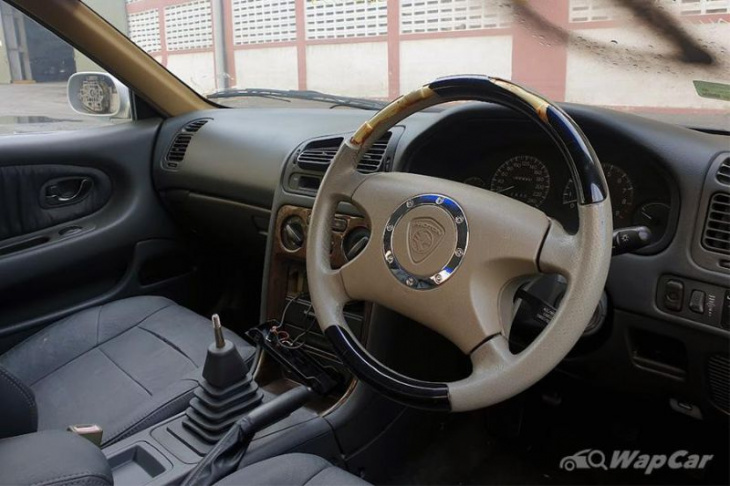 A manual Perdana? Yes, it exists but this is even more special

While the E01 might sound like a feasible option for a series of future high-performance Protons and some models were loaned to Petronas during the prototype stage, the carmaker would deny Petronas’ offer and instead chose to develop its own engine. 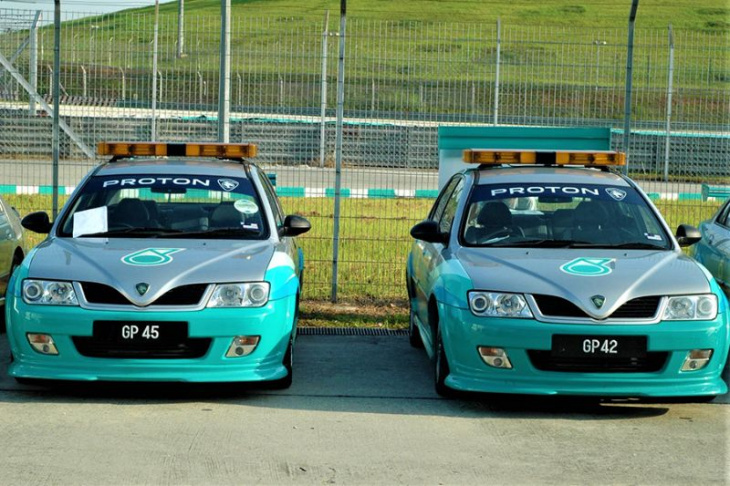 The E01-powered Protons would only be used for special occasions including as the marshall car for a few Malaysian Grand Prix races. Things would go quiet for the E01’s development as the new millennium approached. With Proton rejecting the idea and Perodua unlikely to take in the E01, Petronas was looking for buyers outside of the country. 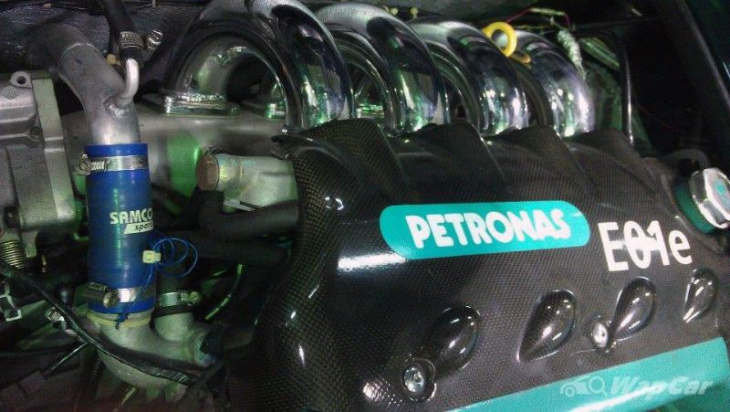 In 2005, the oil giant managed to find a buyer for the E01’s patents. A letter of intent (LOI) between Petronas, Chinese carmaker Nanjing Automobile Corporation (NAC), and Brilliant Culture Group (BCG) Limited which was based in China and Hong Kong. 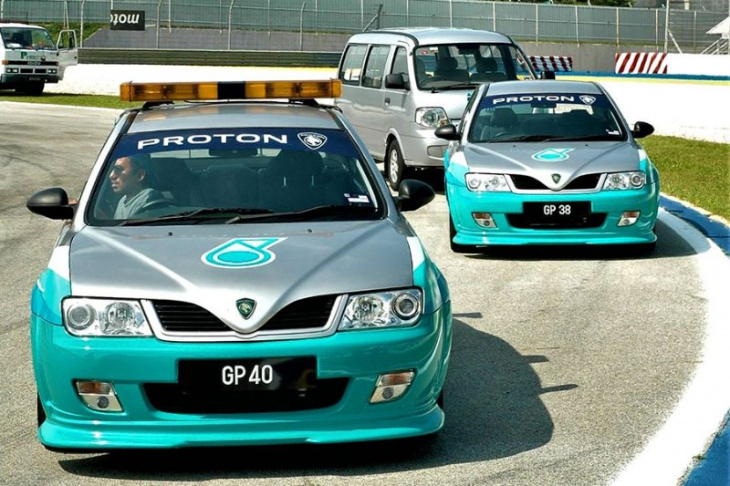 Things fell apart from the deal when NAC was acquired by Shanghai-based SAIC Motor. A year later, Proton would finally take notice of the E01 engine with a memorandum of intent (MOI) signed. This memorandum would see both national corporations working together to develop the engine for mass production and alternate fuels like natural gas (NGV). 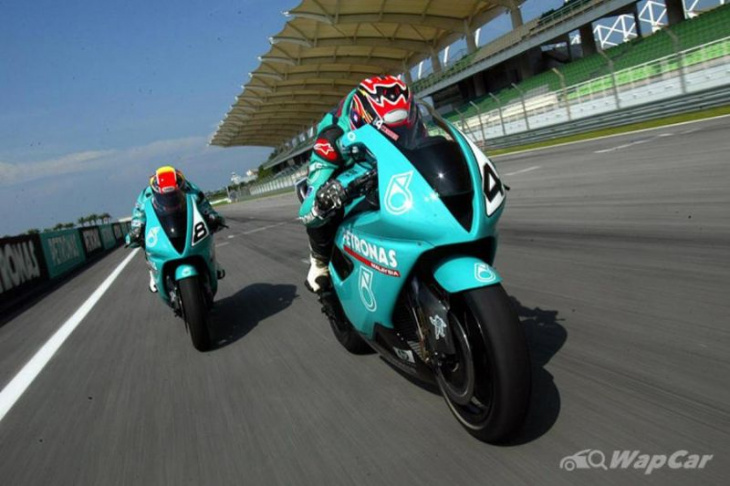 As the years went on, Petronas would start to focus less on engine development. Since the E01 was revealed, the oil company would go on to produce its first and only superbike, the Petronas FP1 and was also reportedly developing turbocharged 2.0-litre and 2.2-litre engines. 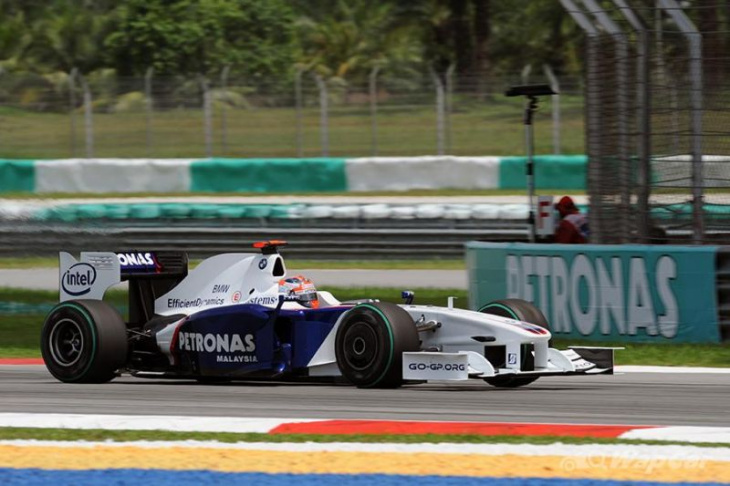 After the Sauber F1 team was bought over by BMW in 2006, Petronas would mainly remain as a main sponsor for the team until 2010 when the German carmaker pulled out entirely. Petronas would also close its engine development division in the same year with all engine patents eventually sold off to Proton. 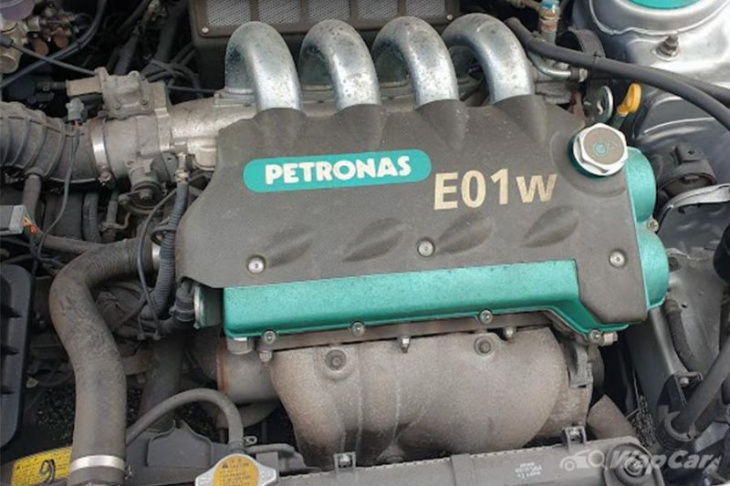 Proton’s acquisition of Petronas’ engine development was worth RM 63 million in 2012 and comprised 7 engine technologies along with 117 technology patents. Under the hands of a carmaker, the E01 could finally see the light…oh you know how this will go, right? 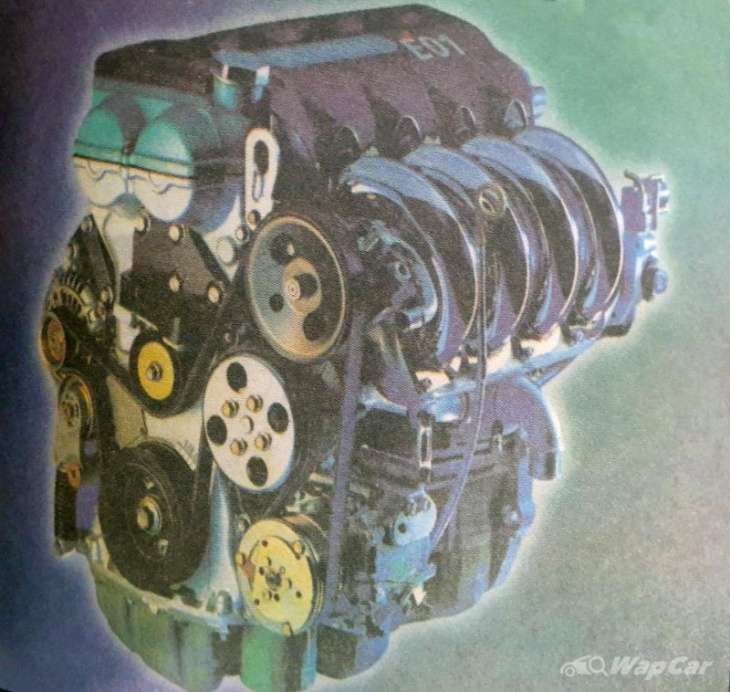 The engine was supposed to undergo some adjustments, mainly to comply with the then-new Euro 6C standard as the E01 only met the Euro 2 emission standard. Proton initially planned to roll out a series of new engines besides the revamped E01 by 2017 but this never materialised following Geely’s takeover. 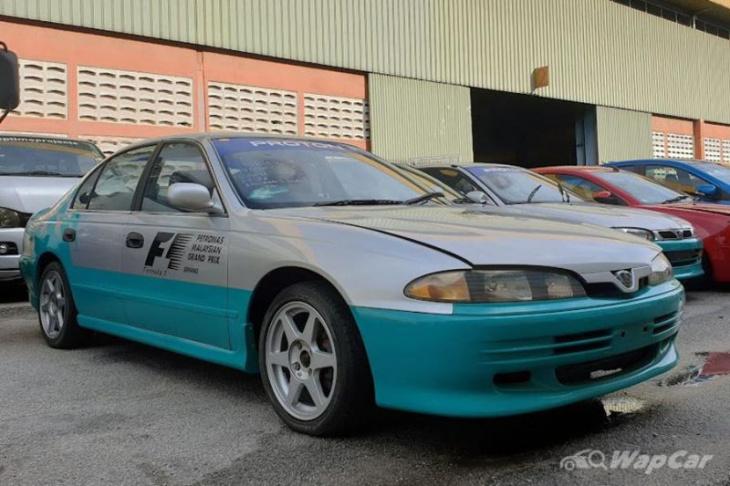 Just when you thought the E01 story would end right there, in 2020, the engine resurfaced yet again at an auction involving Proton's motorsports heritage. The E01-powered Protons and Lotuses were eventually pulled out of the auction but the engine’s fate was already sealed. 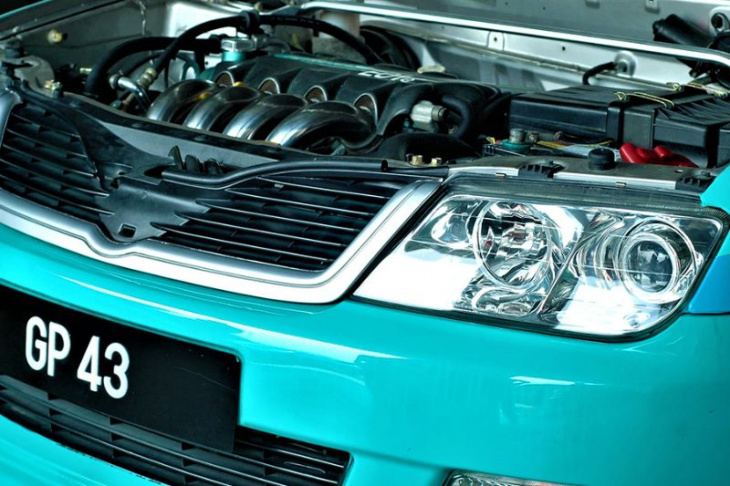 On paper and in fancy presentations with (possibly) low-poly 90s graphics, the E01 sounded like the next big step in Malaysia’s automotive history. However, with nearly zero backing from other carmakers including Proton, we never get to experience Malaysia’s own VTEC.