The 2023 Toyota Sequoia SUV boasts amazing specs. This SUV offers a 3rd row of seating and a 9,520-pound towing capacity. In addition, every last one will be a hybrid. But the latest Sequoia will cost $60k. The humble Highlander hybrid can do everything a Sequoia can (except tow nearly five tons). And it costs $22,000 less. 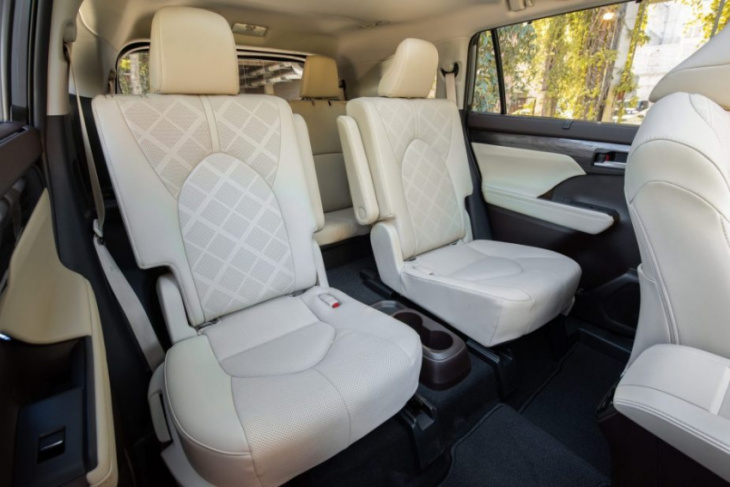 The 2023 Toyota Sequoia is an imposing SUV with 8.7 inches of ground clearance and full width grille. Inside, it offers plenty of room for up to eight passengers. But you might be surprised to hear that the Toyota Highlander crossover offers nearly as much interior cargo space as the Sequoia.

Even though every Toyota Highlander hybrid is AWD, it is not engineered for ground clearance and sits much lower than the Sequoia. It’s a fairly long vehicle with exterior styling reminiscent of other crossovers such as the RAV4 or Subaru Ascent. If you slide inside the Highlander, you’ll find it especially spacious–competitive with a full-size SUV.

What the Highlander does not offer is seating for eight. Its 3rd row only has room for two passengers, so when equipped with a 2nd row bench seat it has seven seat belts. But when you put all of the Highlander’s seats down, it offers 84.3 cubic feet of cargo space. That’s pretty close to the Sequoia’s 86.9 cubic feet. 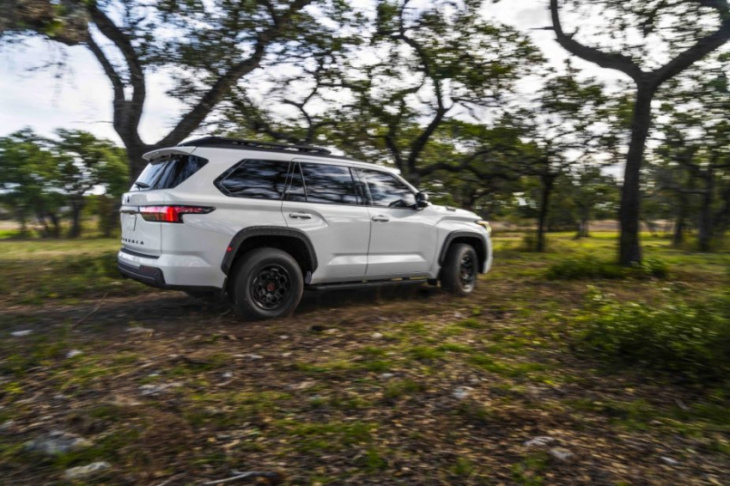 When Toyota announced that every third-generation Sequoia would be a hybrid, SUV fans were excited to see what its fuel efficiency numbers would actually be. The EPA ended up granting the 4WD Sequoia 19 city/22 highway mpg (20 combined). Toyota admitted that it tuned the new i-FORCE MAX engine more for performance than efficiency.

The Toyota Highlander doesn’t offer the same snappy acceleration or high towing capacity as the Sequoia. But on a long road trip, it will leave the big SUV’s fuel mileage far behind. The 2022 Highlander gets 20 city/28 highway mpg (23 combined). 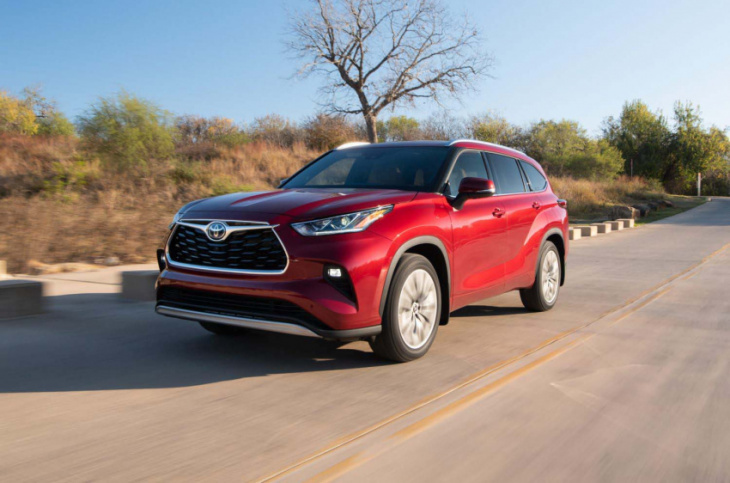 The 2023 Toyota Sequoia’s MSRP is just as big as its towing capacity and power output. The automaker added $8,000 to its largest SUV’s starting price. The resulting Sequoia will cost you at least $58,300–before destination fees.

The absolute base model Highlander with FWD costs just $35,205. But the AWD hybrid version is priced competitively, with an MSRP of $38,855. That’s $19,445 less than the cheapest 2WD Sequoia. If you wanted a 4WD Sequoia to keep up with the AWD Highlander, the difference would be equal to Toyota’s cheapest car: the $20,075 Corolla L.

See how the Highlander and Sequoia stack up in the table below:

Next, get the lowdown on Toyota’s entire hybrid SUV lineup or see how the Highlander and Sequoia stack up in the video below:

Keyword: The Toyota Highlander Hybrid Can Do Almost Anything The Sequoia Can—And Costs 1 Corolla Less