“No matter how talented you might be, the simple truth is that, without the right connections and a whole heap of cash, it’s nigh on impossible to crack.” Paddy McGuinness’s introduction to the most recent episode of Top Gear highlighted a simple truth about motorsport.

The popular BBC programme has used national racing as a playground before (see Finishing Straight, Autosport 14 July), but it did something different last Sunday – taking two drivers and two mechanics who would normally have no possible means of reaching the heights in UK racing, and throwing them in at the deep end. Essentially trying to prove that talent is out there in all walks of life, even if they don’t have the money to realise their ambitions.

The lucky four were selected from more than 800 applicants and put through their paces across an eight-week period, which included racing/working on a Mazda MX-5 in the British Racing & Sports Car Club’s Supercup category at Cadwell Park. There was a visit to the McLaren Technology Centre (with a cameo appearance from Formula 1 driver Lando Norris) leading up to competing with a McLaren 570S GT4 in the GT Cup at Donington Park.

That’s one hell of an experience, not to mention a jump in performance, and it’s a credit to drivers Louis Smithen and Ollie Hall, as well as mechanics Callum and Lillie, that they not only survived, but thrived.

“In reality, they came through it all and they [Smithen and Hall] weren’t just circulating, they were actually mixing it up and beating some of the guys who have been racing for a few years,” says British GT driver Martin Plowman, whose Paddock Motorsport squad ran the cars and tutored the youngsters.

Smithen in particular impressed greatly, the 19-year-old from Croydon having only ever competed in arrive-and-drive rental karting previously, after saving money from his job working at Heathrow Airport as a ramp agent. His ability was clear despite a lack of experience, emphasising the untapped talent out there.

While the chance to race a McLaren GT4 is unobtainable for a large majority in national racing, the overarching point is a valid one. Many times on these pages the words ‘affordable’ and ‘low-budget’ have been used to describe new series aimed at bringing fresh blood into the sport. Many of them prove to be successful and they undoubtedly serve a purpose, but even entry-level circuit racing requires thousands of pounds to just make it onto the grid, with licence, equipment, car and parts making it unattainable to many young people.

While this writer would never pretend to be from an underprivileged background, there’s no doubt that, without my role at Autosport, just making my own way onto a racing grid would have been almost impossible. It’s a disposable income most just don’t have, and even fewer will with the cost of living only getting higher – hitting the poorest the hardest. 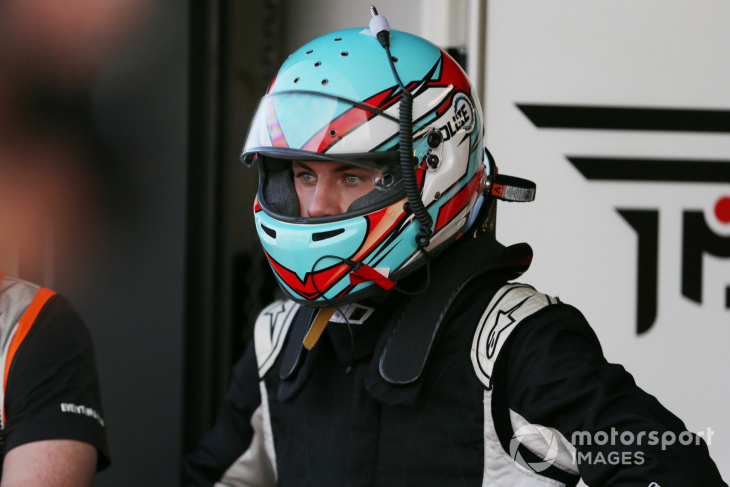 So, what’s the answer to getting more young people from low-income backgrounds into racing? Motorsport by its very nature is never going to be accessible to all in the same way that football is, for example. But more initiatives can be created to help those from minority or unprivileged backgrounds.

It’s already started to come from the very top with seven-time F1 champion Lewis Hamilton’s Mission 44 programme, which aims to increase diversity in F1 and the wider motorsport world. There’s also the Girls on Track initiative between the FIA and Motorsport UK that aims to get young girls into racing with the goal of ultimately getting a woman to the pinnacle of the sport.

But we need more of these ideas from championships and teams in the UK, with the work of Paddock highlighting that it is possible. “I really hope it has inspired people who maybe think motorsport isn’t accessible or is elitist and, while that still may be true, I think if you want it enough there are ways and means to be able to break into the sport,” says Plowman.

“I feel like there are opportunities out there but coming from a less fortunate background you just have to work extremely hard and break down those barriers. For myself and Paddock, we would love to try and be the team that gives young men and women the chance to get into the sport.”

Since filming stopped in October, mechanic Callum has been employed by Paddock as a tyre technician, while Plowman has been in contact with Anthony Hamilton, Lewis’s father, about incorporating Smithen into the Mission 44 programme.

More still needs to be done with regards to greater investment and opportunities for young people, who ultimately are the future of the sport. Falling race licence holder numbers and an ageing demographic among officials is a sign of how fragile motorsport’s future might be unless more is done.

But, as McGuinness states at the end of the Top Gear programme, “the talent’s out there, all they need is a chance”. 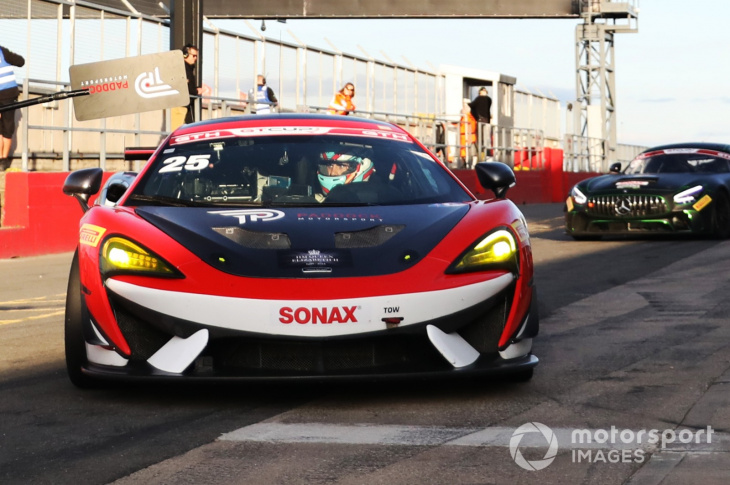