Renault’s penchant for reviving beloved classic names on new EVs continues, with its latest reveal at the Paris Motor Show, the 4Ever Trophy concept. Calling back to the old Renault 4, this new interpretation turns the family favourite into a rugged off-roader, while maintaining core lines and aspects of that signature look. Remove the Trophy bit and hidden within is what Renault’s all-electric answer to the Ford Puma could look like. 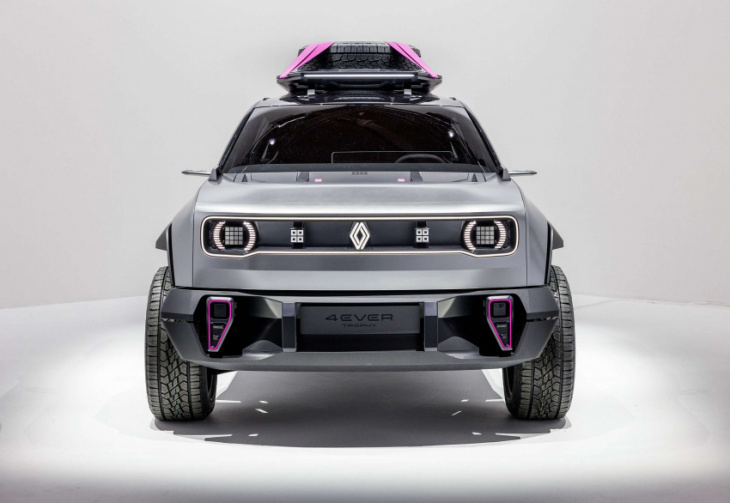 Indeed, as Renault has said in a statement, “the 4EVER Trophy show car paves the way for the future all-electric B Segment SUV that will be at ease on urban and rural roads alike.”

It goes on to confirm that the Renault 4 and Renault 5 will hold positions in the marketplace similar to that of the Captur and Clio, while confirming that both will run on the Renault-Nissan CMF-BEV architecture. Both will also be built in the ElectriCity hub production facility in northern France.

For the moment, though, we don’t have the production Renault 4. We have the Renault 4Ever Trophy Concept. There’s plenty of off-road paraphernalia – the spare wheel on the roof, the pumps visible in each of the wheels for in situ tyre pressure changes, the chunky rubber lower body panelling and arches. 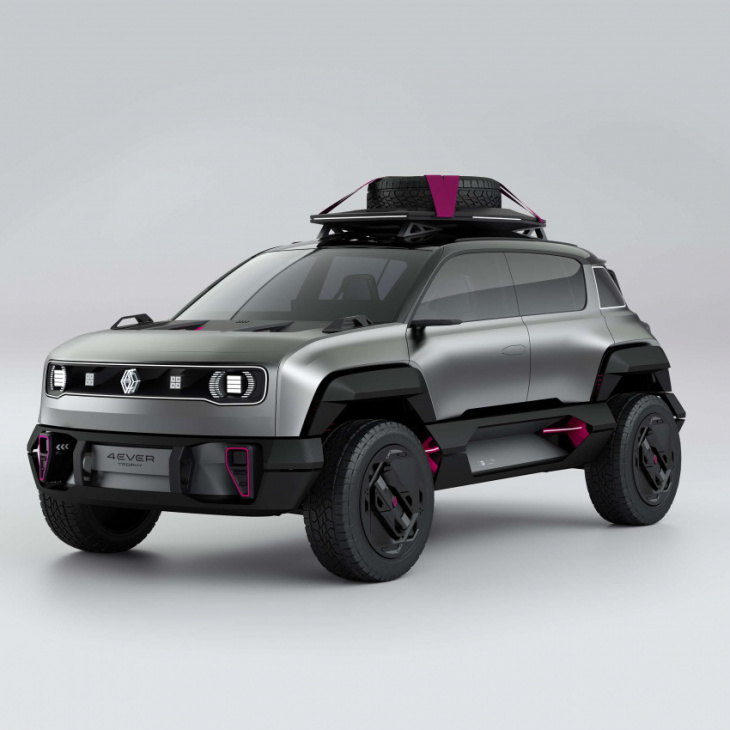 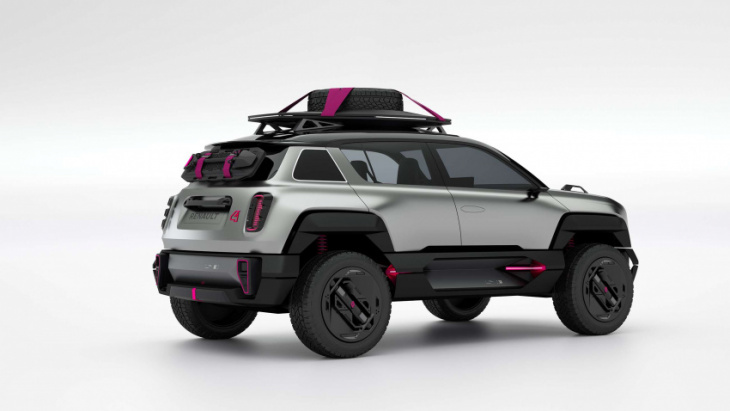 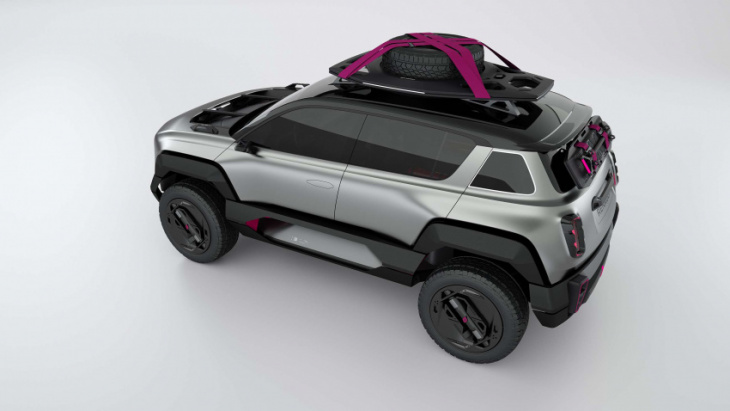 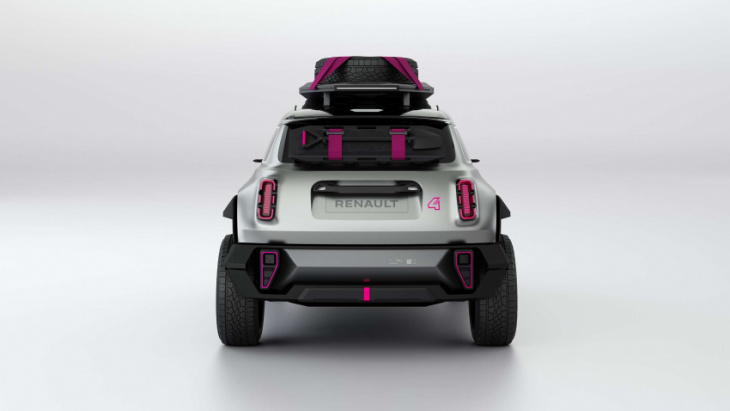 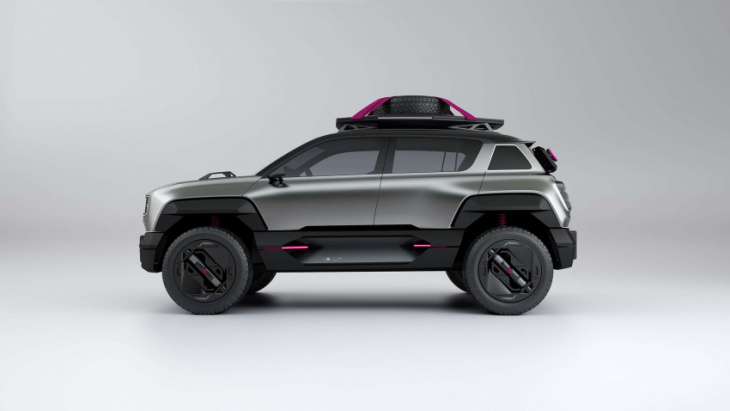 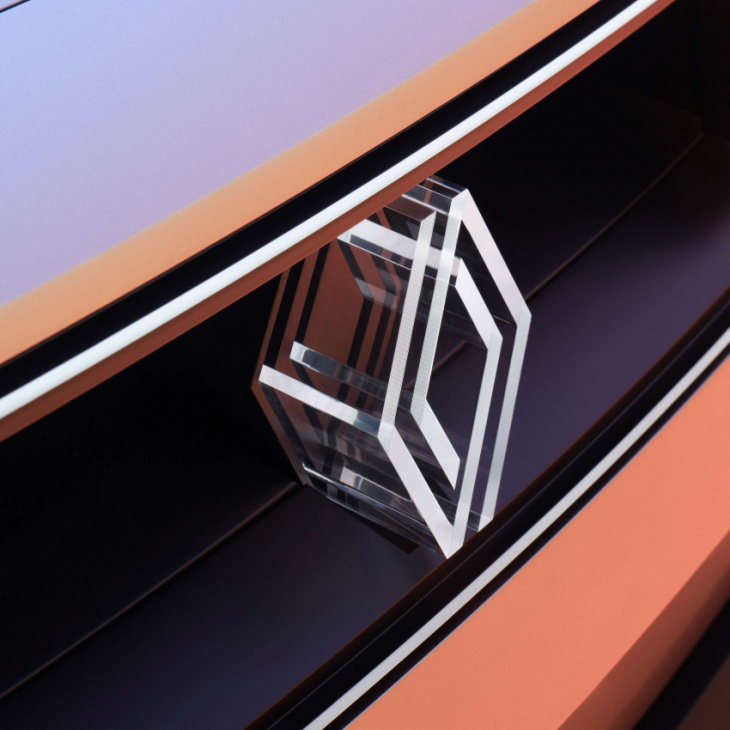 But underneath, this really is the 4. Look at those window lines on the side. Look at the shape of the grille and its integrated lighting. Look at that silhouette. Peel away the chunky tyres, jacked-up suspension and other such frippery and it’s all there and might we say, a fun-looking thing it is. Not quite the heart-stopper that the Renault 5 Prototype is, but a good looker all the same.

The 4Ever Trophy in part previews an upcoming production car but here at Paris, it’s mostly a celebration of the 25th anniversary of the 4L Trophy humanitarian rally, which has run every year across the Moroccan desert. Participants deliver school supplies across the country.

The Renault 4Ever Trophy concept is on display at the Paris Motor Show alongside the Renault 5 Prototype and the crazy Renault 5 Turbo 3E drift car.

Keyword: The retro Renault 4Ever Trophy off‑roader concept is awesome