Adventure is in right now, even for high-end sports cars. 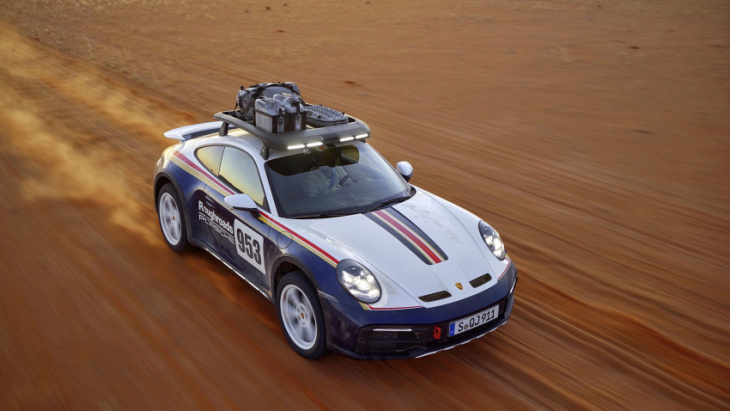 Adventure is in right now in virtually every segment of the motoring world. That now includes high-end sports cars. Safari 911s have been a popular aftermarket modification. Now, Porsche has just unveiled the 911 Dakar, which will be an off-roading 992-generation 911 from the factory. The Dakar name commemorates the first all-wheel-drive Porsche 911’s triumph at the 1984 Paris-Dakar rally. We expect the combination of fun, enhanced capability and easier everyday livability with the extra ride height will make the 911 Dakar very popular.

1 The 911 Dakar gets a suspension lift 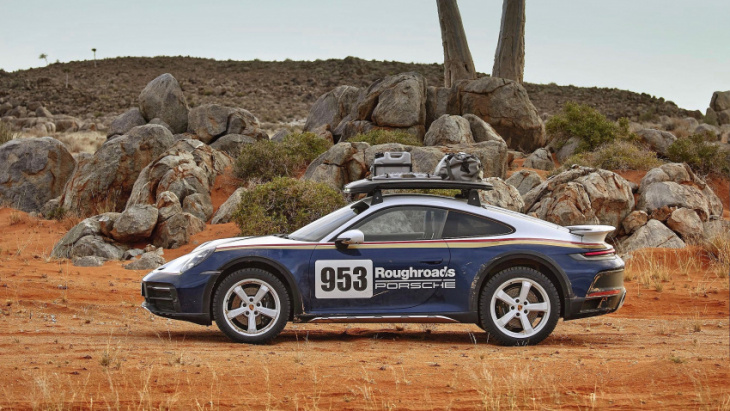 The 911 Dakar uses specially developed Pirelli Scorpion All Terrain Plus tires with reinforced sidewalls and dual carcasses for added durability that come standard. A roof basket and rooftop tent can be optioned.

2 The 911 Dakar only offers an automatic transmission 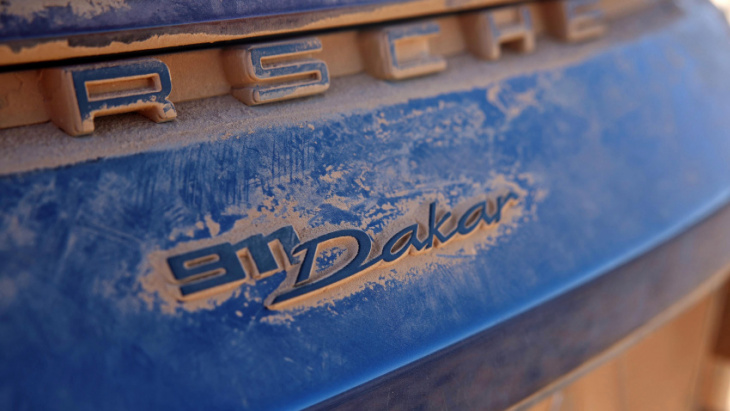 The 911 Dakar packs a twin-turbo 3.0-liter boxer engine pushing out 473 horsepower and 420 lb-ft of torque. It gets an eight-speed PDK automatic transmission and Porsche Traction Management (PTM) all-wheel drive.

Porsche gives the 911 Dakar rear-axle steering, the engine mounts from the 911 GT3 and Porsche Dynamic Chassis Control standard. The 911 Dakar can accelerate from 0-60 mph in 3.2 seconds. The top speed is limited to 150 mph due to the AT tires. 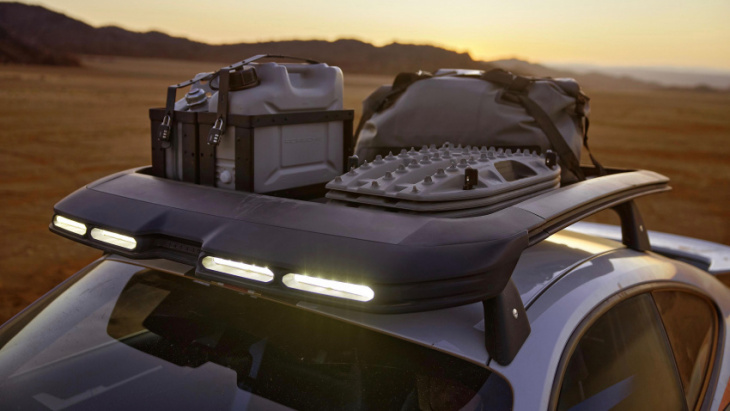 Porsche is giving the 911 Dakar two off-road drive modes. A standard Off-Road mode incorporates the high-level suspension setting and maximizes traction on sand and rough terrain. The 911 Dakar also has a Rallye drive mode, which biases power to the rear axle and includes a Rallye launch control. 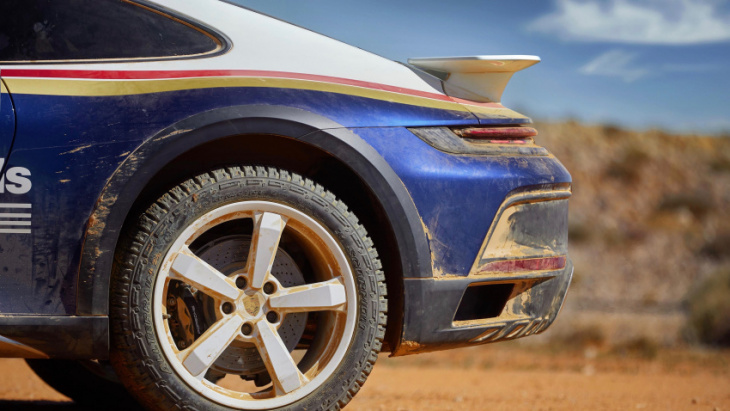 Porsche plans to build a limited run of 2,500 911 Dakar units globally — we wouldn’t be surprised if Porsche is forced to increase that — with the vehicles arriving at dealers in spring 2023. Starting MSRP will be $222,000 with an extra $1,450 delivery, processing and handling charge.

5 How to Talk Porsche: The Ultimate Guide to the 911 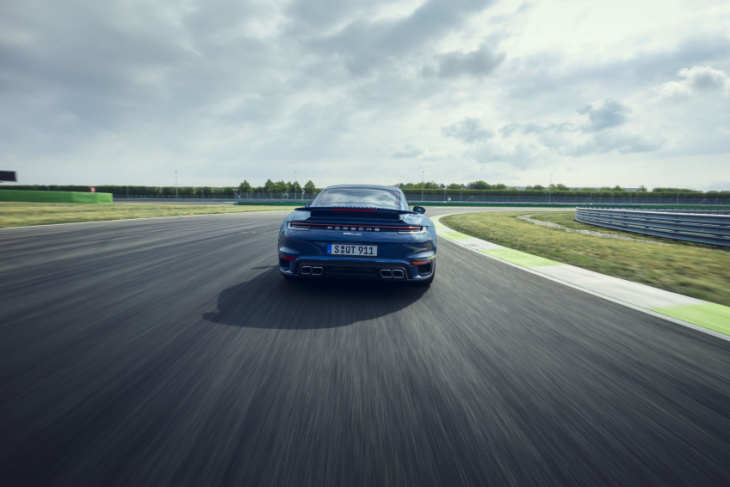 Know what you’re talking about when the Porsche 911 comes up.