Finally, the replacement for the Huayra is here. 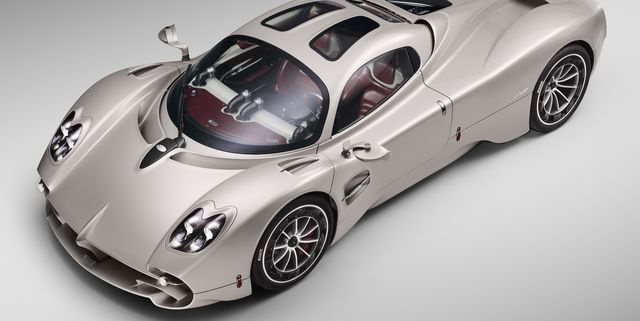 For only the third time since 1999, there’s a new Pagani. Not a new model variant either—an entirely new car. This is the Pagani Utopia, the successor to the Huayra, and notably, the car that brings the manual transmission back to the Italian hypercar company.

As with all Pagani models, the Utopia is based around a central monocoque—made of Pagani’s unique carbon-fiber/titanium blend—with steel tubular subframes front and rear. Out back, there’s an AMG V-12, a 6.0-liter twin-turbo making 864 hp and 811 lb-ft of torque, and behind that, a transversely mounted XTrac seven-speed gearbox. Buyers will have the choice of an automated ‘box or a true manual, with a gated shift pattern and a dog-leg first gear. Back in 2019, Horacio Pagani told Road & Track that around 70 percent of his customers were asking for a manual. Given skyrocketing values of the manual-equipped Zonda, it’s very apparent that a lot of customers don’t want paddles. It’s a contrast to the Huayra, which was only fit with a single-clutch automatic.

The engine is an evolution of the V-12 that debuted with the Huayra Roadster BC, itself a heavily modified version of the Mercedes M158 unit that debuted with the original Huayra coupe 10 years ago. Sadly, the screaming, naturally aspirated V-12 used in the Huayra R wasn’t designed for road use, and because Pagani wants to meet worldwide emission standards, including those in California, the twin-turbo V-12 was the obvious choice. 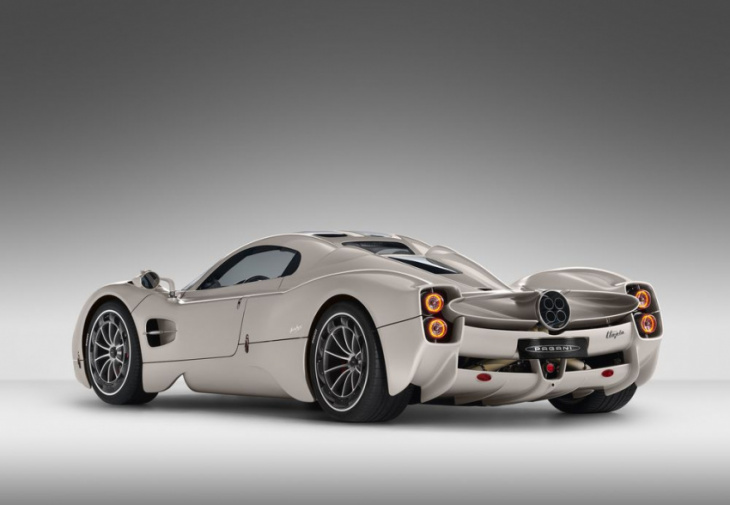 Suspension is by double wishbones made out of an aerospace-grade aluminum alloy with inboard coilovers with electronically adjustable dampers. Brakes are Brembo carbon-ceramics with six-piston calipers up front and four-piston calipers at the rear. The Utopia uses quite large wheels, 21s in the front and 22s out back, each with a carbon-fiber outer ring that helps dissipate the heat generated under braking. Tires are Pirelli P-Zero Corsas measuring 265/35 front and 325/30 and rear. Pagani quotes a dry weight—i.e. without fluids—of 2822 pounds.

Horacio Pagani began sketching the Utopia over six years ago and the final result is something that looks like an evolution of the Huayra, while also referencing some of the distinctive elements of the Zonda. The twin stacked rear taillights are especially Zonda, and other Pagani hallmarks, like the small twin headlights, quad center exhausts, and teardrop-shaped cabin are present and accounted for. 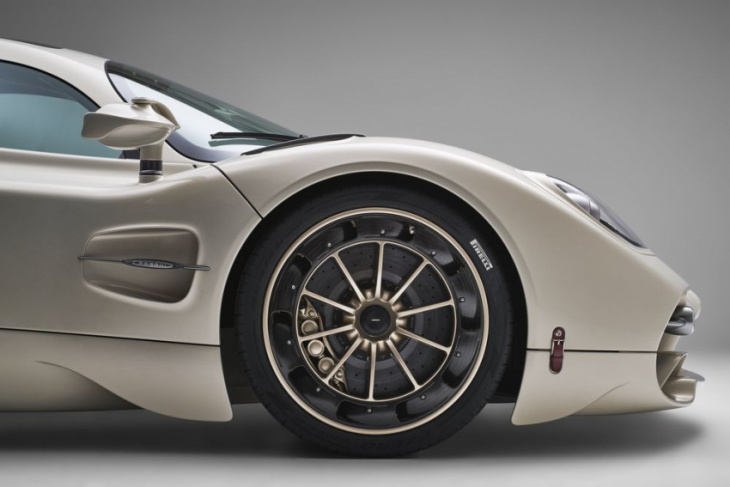 The interior bucks the trend for putting a big screen right on the middle of the dashboard. Instead, there are temperature and pressure gauges above the climate controls, and all the infotainment functions are displayed by a screen in the gauge cluster. Naturally, there’s lots of leather and aluminum trim, with pedals and steering wheel milled from solid blocks of the metal, and an intricate exposed linkage for the manual gearbox. 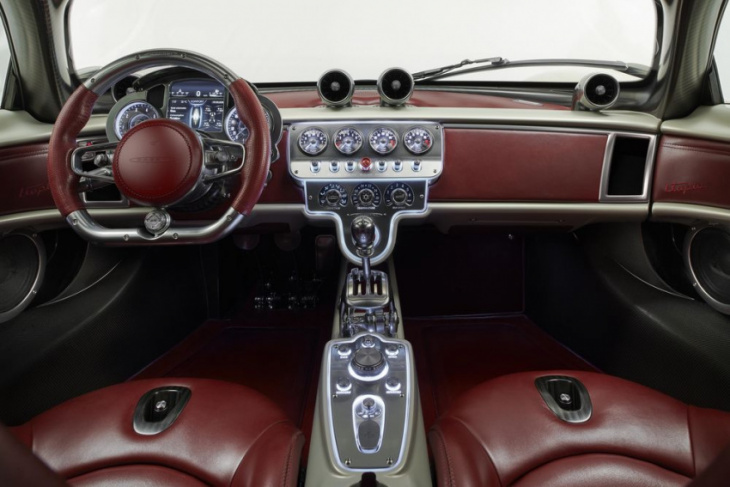 Bodywork is made from a new type of carbon fiber which Pagani says offers increased stiffness without extra material. The huge single-piece front and rear clams open up opposite each other to reveal all the mechanical components underneath, while the doors are now dihedral. The Zonda used conventionally opening doors, while the Huayra coupe had gullwing doors. Pagani says the car was subjected to 50 crash tests as well, so you should be able to register it in the U.S. without resorting to the Show and Display exemption.

Crash testing supercars isn’t cheap. Neither is the Utopia. Pagani says it’ll cost 2,170,000 Euros in North America before taxes. That’s $2,196,789 at today’s exchange rates. Even if you have that kind of money, don’t get too excited. All 99 planned Utopia Coupes have already been spoken for. Deliveries begin in the second quarter of 2023, but manual cars won’t start arriving until late next year. 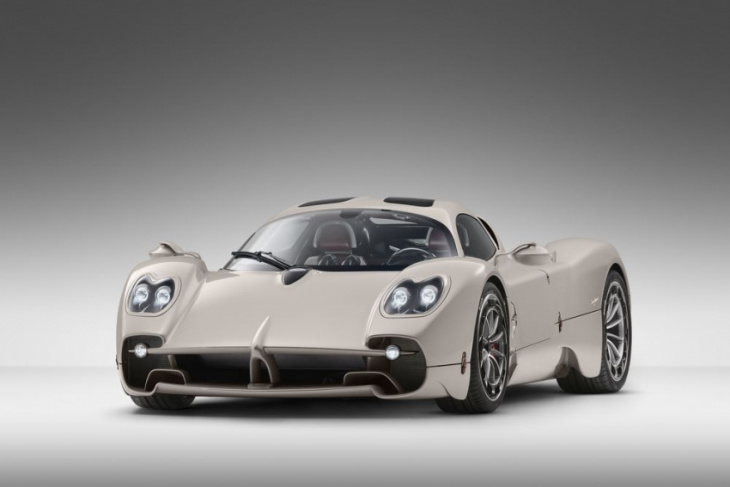 Keyword: The Pagani Utopia Is a Wild 864-HP Manual Hypercar

The redesigned 2024 Ford Mustang has been designed to go racing all over the globe, including in Australia’s popular touring car series known as Supercars. Ford on Thursday revealed the new Mustang GT Supercars race car that will compete from 2023 under the new Gen3 era, and series veteran ...

Say hello to the Artura, McLaren’s latest hybrid supercar that will set the standards for future models with its newfangled technologies and advancements. Debuting in time for the 2022 F1 Singapore Grand Prix at the Suntec Singapore Convention & Exhibition Centre (Hall 404, to be exact) last week, the Artura ...

The all-new Mustang GT gets another race car guise, set to compete at the 2023 Australian Supercars Championship.

Ford has unveiled its all-new Mustang GT Supercars race car which will compete in the 2023 season under the new Gen3 regulations. The new model is the first seventh-generation-based Mustang race car in the world. And thanks to the Gen3 rules, it is more closely related to the road-going version ...