Say it isn’t so! The newest Kogod School of Business 2022 Made in America Auto Index is out, and there have been a lot of changes in the last year. Gone is the Ford Mustang from the top 10 most American-made vehicles, and in its place is…the Lincoln Corsair sport utility vehicle. There were a lot of changes on the list between 2021 and 2022 for various reasons, but the Mustang fell 22 spots.

The most American-made vehicle for 2022 is the Lincoln Corsair

According to the 2022 Made in America Auto Index, the most American-made vehicle is now the Lincoln Corsair SUV, with 72% U.S./Canadian content. While the conventional gasoline model is in first, the plug-in hybrid model came in second place. In 2021, the Corsair sat in spot 44, and the Ford Mustang with the manual transmission was in first. The Mustang fell to spot 22 this year thanks to a Mexican-sourced transmission, the Made in America Auto Index says.

Kogod School of Business Made in America Auto Index

Many vehicles share spots, so the top 10 actually consists of 24 vehicles. Volkswagen, Toyota, Hyundai/Kia, Nissan, and Honda increased the amount of American-made content. GM, Ford, and Stellantis did less domestic sourcing for 2022.

Why did the Ford Mustang fall so far on the most American-made vehicle list? 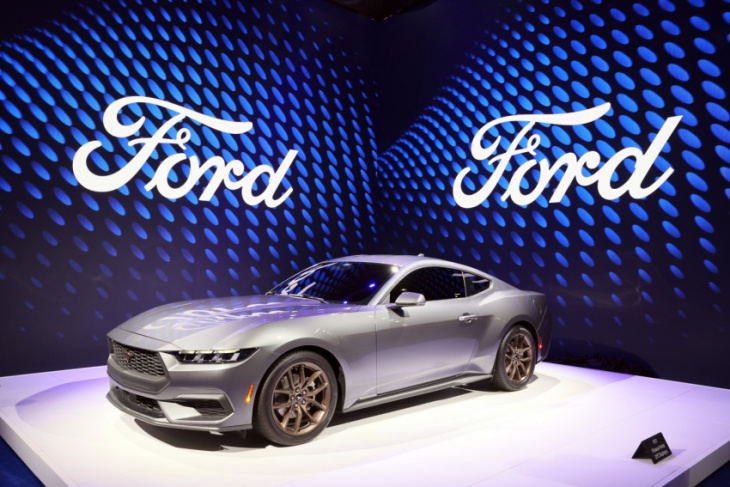 Domestic manufacturers still hold strong but have been sourcing supplies from Mexico, which dropped the U.S./Canadian content. How does this study determine that? Kogod uses seven criteria to determine which vehicles have the most content from the U.S. and Canada.

Those seven criteria are profit margin, labor, research and development (R&D), inventory/capital, engine, transmission, and body/chassis/electrical components. Each car, truck, and SUV gets or removes points based on its U.S. parts and assembly.

Since the Ford Mustang switched from an engine produced in the U.S. to one built in Mexico, it lost 14 points on the Made in America Auto Index. Ford had fewer parts from the U.S. overall this year, dropping from a 65 score to 60.5 as a brand.

Buyers in the U.S. still favor SUVs over other types

The top 10 has a lot of SUVs compared to any other vehicle. Sedans follow, and then there are a few trucks sprinkled in. The most American-made truck is the Chevrolet Colorado (3.0L,3.6L, and 2.5L), with 61% US-sourced content. Since so many buyers want SUVs, it makes sense that manufacturers are making more of this vehicle than any other type.

Many factors are at play when it comes to building a car, and using an engine built in Mexico works for the Ford Mustang right now. If having more U.S.-sourced parts is a priority for you, the Chevy Corvette Stingray has 62%. Otherwise, the Lincoln Corsair sits in the top spot for 2022.

Keyword: The Most American-Made Vehicle Isn’t a Ford Mustang Anymore for 1 Reason

Would you take your final ride in a Ford Mustang Mach-E hearse?

The 7th-Gen Ford Mustang is All Fun & Games

First 2024 Ford Mustang to be sold via charity auction

The First 2024 Ford Mustang Will Be Auctioned for Charity