The moments that cost each of Power’s IndyCar title rivals

Will Power is as worthy an IndyCar champion as they come but, as in any championship battle, there’s ways it could have played out differently.

Especially when the quality of the opposition was as high as it was in the 2022 season.

His pole position at Laguna Seca to break the all-time IndyCar record while his rivals struggled under the pressure of getting anywhere near him was the perfect way for Power to hammer home how much he deserved his honours. 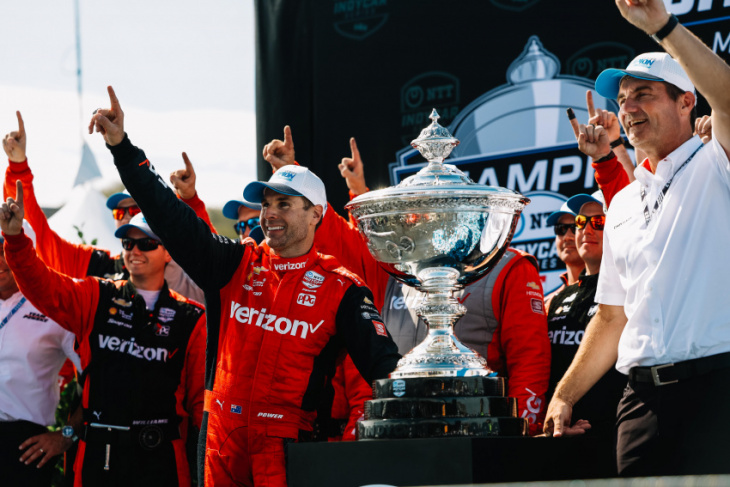 However, this year in particular it feels like all of Power’s rivals had a high-profile error or event that changed the way the season played out.

Power might still have beaten them, such has been his impressive mental approach, but the moments still raise questions as to how the title picture might have been altered.

We’ve outlined the moments that changed each of Power’s rivals’ seasons below. Let us know in the comments if you agree. 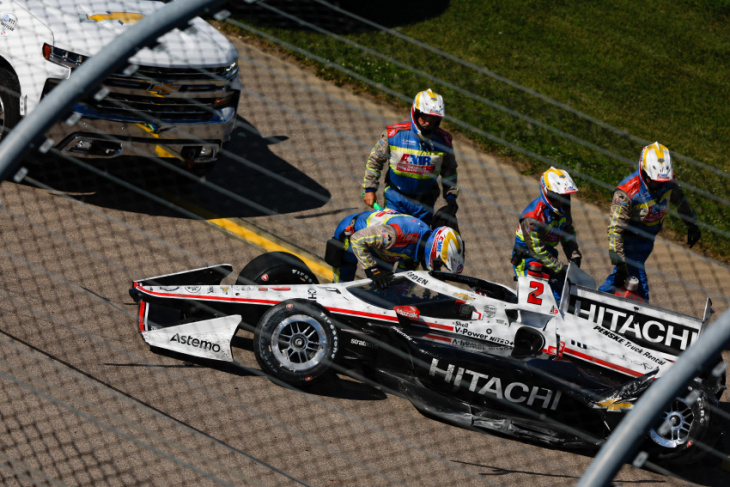 Newgarden might be the most curious of the lot as he’s only the second driver in the last decade to notch five wins in a season, only to miss out on the title.

Some might argue his Laguna Seca qualifying – when he got beached at the Corkscrew and started 25th – ruined his title push, but I disagree. If he’d have qualified normally, he wouldn’t have had the tyre advantage he had in the race, and even if he’d won Power had done enough to secure the title.

So you have to look back to Iowa, where he should have had a double win but for an apparent right-rear damper failure in the second race while leading. Without that, he’d have been in a much better position.

If we then go one step further and add the remaining results as they were for the rest of the season, the final standings look like this.

The fact that the crash was followed by Newgarden falling and hitting his head in the paddock, which required an overnight hospital stay, meant he had less than a week to get prepared and fit for the Indy GP race. That was not ideal.

From losing engineer Gavin Ward at the start of the year to other new personnel coming in, there’s been far too much pressure on Newgarden as the figurehead of this team this year and it shows. Just look across to the relaxation on Power’s #12 car for proof of that.

It was an incredible year and another Newgarden can claim should have been his after coming up close in 2020 and 2021. 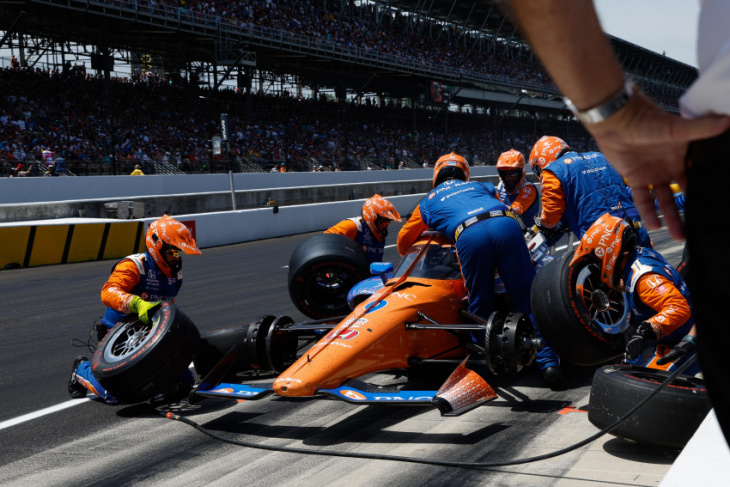 Dixon has been chasing a second Indianapolis 500 win since 2008 now, and you can read an excellent feature on his near misses by Matt Beer here.

In 2022, Dixon was dominating the race and led into the last round of stops before he sped by 1mph in the pitlane, triggering a penalty that meant he finished 21st instead.

He’d have won the title in Portland with a round to spare had he won the 500 and replicated the results he had for the rest of the season.

“The loss of that one unit definitely hurts. Having even finished in the top three would have completely changed this week and the championship outlook, that’s for sure.

“But, these are all things that you can’t change. So there’s no point dwelling on them.”

He added: “Trust me, I was upset about Indy but I’d moved on by Monday.

“That’s just one of those things. We’re in a sport where you lose a lot more than you win. Unfortunately, you get used to some of the defeats or just the outcomes that you maybe didn’t expect.

“It’s part of racing. Again, that place owes me nothing and we’ll keep knocking on that door. I think we’ve had great performance and great cars the past few years.” 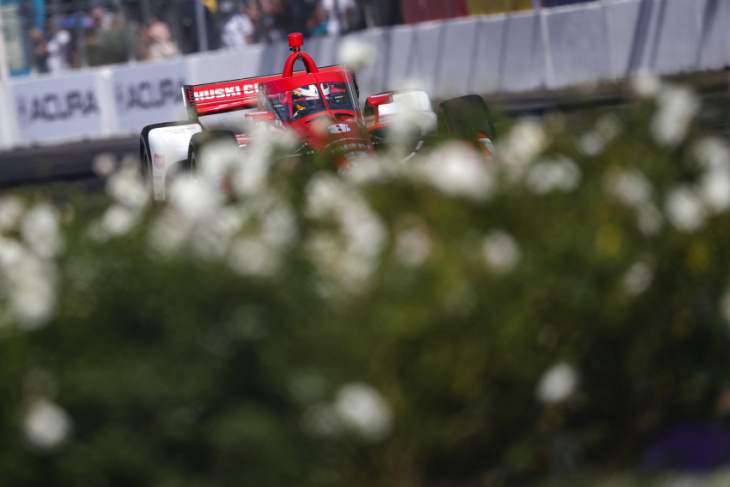 Unfortunately, Ericsson’s title bid petered out in the last few races of the season, partly through no fault of his own like being taken out at Nashville and having an engine issue in qualifying for the Indy GP.

However, Long Beach was definitely an Ericsson error. He was in contention to win but spun trying to hunt down Alex Palou for second on a restart with 19 laps to go.

In hindsight, the third place that he spun from would have only bumped him up to third in the championship, but it might have given him more control early in the season.

It was one that might have asserted his authority a bit more on the championship. It might have made his rivals more desperate to overturn him and make mistakes of their own.

His street-course form was strong in 2022 but the results didn’t replicate that, and here’s why.

With Ganassi’s road course pace being inferior to Penske’s this year, Ericsson needed to capitalise more on the street races. 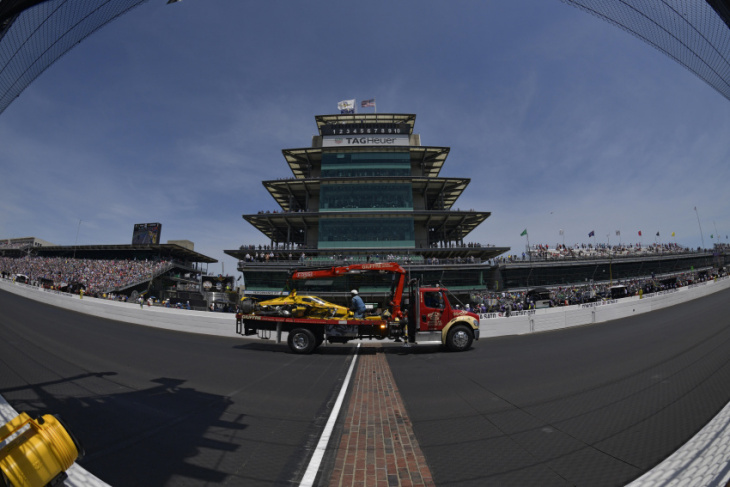 The fact McLaughlin was even in contention for this championship was amazing given it was only his second full year in open-wheel racing.

His three-win tally was the second most of anyone behind his Penske team-mate Newgarden, but his mid-season struggle spell is what cost him the championship. He spun at Long Beach earlier in the year, but a crash in the Indy 500 and spins in the Indianapolis road-course race and Detroit compounded his woes.

The Long Beach weekend in which he finished 14th ended a start to the season where he was first and second so that certainly halted momentum, but his crash just after pitting from seventh in the 500 was the most costly in terms of points.

He’d come all the way from 26th on the grid and even just a seventh added to his score would have put him second after Laguna, eight points behind Power.

Would those extra points have helped the season play out differently for him? It’s hard to tell. But it does give him a learning curve that means he’ll be tough to beat in the future, given that he has figured out most of the other things needed to be an elite IndyCar driver.

Keyword: The moments that cost each of Power’s IndyCar title rivals