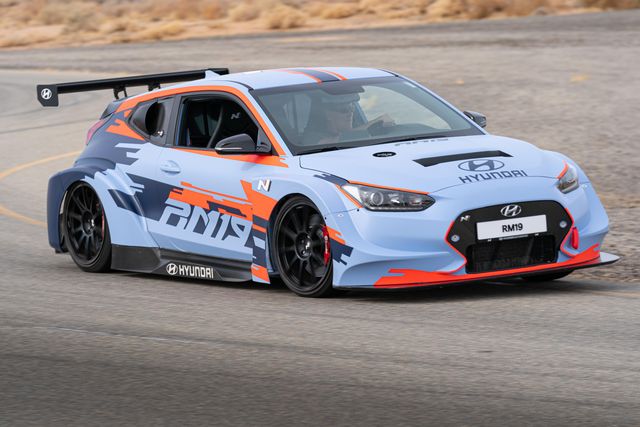 Back in 2019 we got word from insiders at Hyundai the company was planning to put a mid-engine sports car into production. We hadn’t heard anything since on the project, the closest news being the hydrogen-powered N Vision 74 concept launched in July. Top Gear has learned that the mid-engine production Hyundai is officially dead.

The U.K. publication spoke with Albert Biermann, the former BMW M boss who led Hyundai’s N division up until his retirement in 2021, who spoke on the fate of the once-greenlit supercar.

“We were working on an N supercar,” Biermann told Top Gear. It never officially had a name, being known internally only as “The Chairman’s Car.” What it did have, though, was a carbon-fiber monocoque chassis and a mid-engine layout, according to Biermann.

“We had plans for a petrol [engine] with or without hybrid, or [it could’ve have accepted] a hydrogen fuel cell,” Biermann told Top Gear.

So why did the project get axed? Well, for the same reason many would-be flagship halo cars from otherwise mainstream brands die: Because it wouldn’t have fit with the company’s image.

“The problem was the car would have cost over $150,000, and at that time it was thought a Hyundai could not have this price,” Biermann told Top Gear.

The 65-year old German admits to Top Gear that Hyundai’s decision to cancel the project was probably the right one, as it left him and his team room to focus on more justifiable cars like the Kona N, Elantra N, and the newly launched i30N for Europe. Plus, it likely wouldn’t have sold well, no matter how well it drove. Just look at NSX sales, after all.

Hyundai has been in the act of not putting a mid-engine halo car into production since 2012, when it began its RM series of prototypes. There was the RM14, RM15, RM16, RM19 (which we drove), and a couple RM20s, including an electric one.

This isn’t the first time we’ve heard of a mid-engine halo car getting canned midway through development. The Jaguar C-X75 is the first car that comes to mind, as it was essentially ready to go before being canceled in favor of electric car development. There’s also the Chrysler ME 4-12, which got as close as running prototypes before it got axed. And who could forget the Volkswagen W12? It broke a bunch of records at the Nardo Ring in prototype form, only to fail to reach production. Though it’s safe to say its bones eventually did make their way to production in the form of the Bugatti Veyron.