The Marconi Museum Has a Multi-Million-Dollar Crazy Car Collection

The Marconi Automotive Museum is a crazy car collection with some of the wildest cars under one roof. Better yet, the collection is open for visitors to check out the priceless cars. We visited the Marconi to see some vehicles you won’t see anywhere else, including KITT, a 1965 Shelby GT350, and several vehicles belonging to the Sultan of Brunei.

Where is the Marconi Museum? 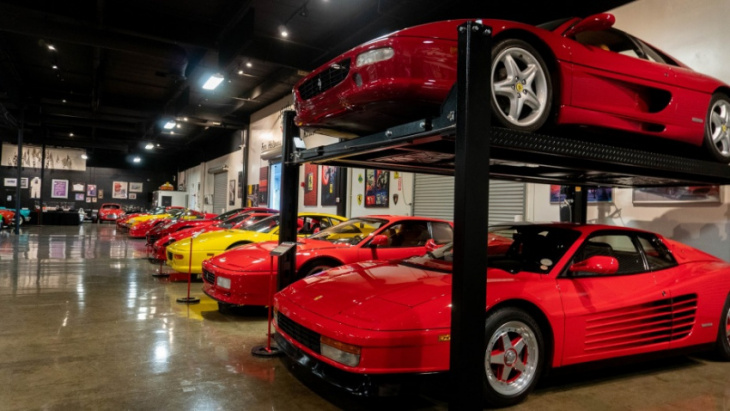 The museum has an impressive collection of rare cars | Braden Carlson, MotorBiscuit

If the sheer volume of over 100 unique cars isn’t enough of a draw, the crazy car collection boasts some seriously famous cars from motorsport, rare models, and notable television shows and movies.

What kind of cars are at the Marconi Automotive Museum?

We got the chance to pay the Marconi Automotive Museum a visit, and we weren’t disappointed. At a glance, visitors will see cars like a DeTomaso Pantera and a Ferrari F355 suspended on lifts above other rare and expensive cars. However, a Pantera is mundane compared to some of the cars in the Marconi’s automotive library. For instance, a Jaguar XJ220 is already a rare supercar, but a TWR Motorsports XJ220 with a carbon fiber body is one of just six in the entire world. 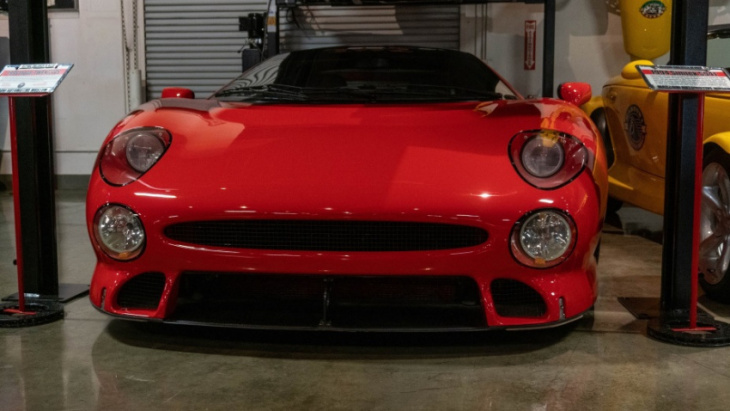 It only gets crazier from there; among a litany of Ferraris, muscle cars, and BMW motorcycles, visitors can find movie and TV cars worthy of Hollywood awards. First, the Marconi Automotive Museum has a Batmobile that shoots fire. If you prefer TV star cars, the collection includes one of the real KITT 1982 Pontiac Trans Am cars from Knight Rider. Also, a brightly-colored Dodge Charger “General Lee” survivor from The Dukes of Hazzard calls the collection home along with KITT.

How many Ferraris does the Sultan of Brunei have?

In addition to famous and rare cars, the Marconi Automotive Museum has a couple of vehicles from one of the most outlandish collections in the world. We’re, of course, talking about the Sultan of Brunei and his fleet. The Marconi has a Cizeta-Moroder that was damaged in transit, so the Sultan commissioned a “regular” Ferrari V12 to take the 16-cylinder engine’s place. 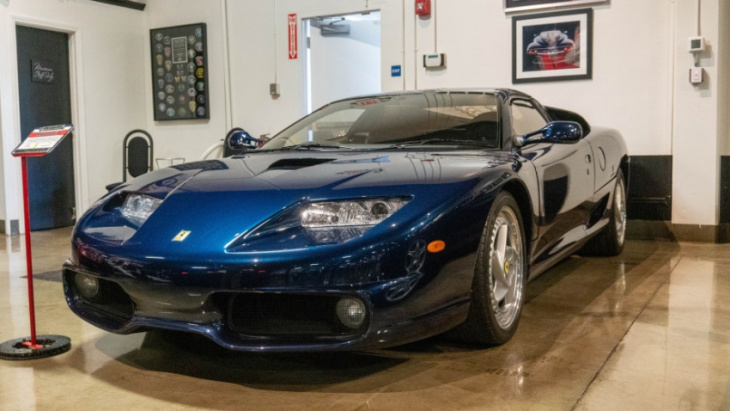 Also, the Sultan famously collected Ferraris, and the crazy car collection features a couple. First, a Ferrari FX resides at the museum with a $1 million F1 transmission that belonged to the Sultan. In addition to the FX, the collection includes the only Ferrari 456 Spyder in existence, which the Sultan commissioned.

What is our favorite car from the famous automotive museum?

While the TV, movie, and Sultan’s cars are incredible, another special resident of the Marconi Automotive Museum caught our attention. This one isn’t a Ferrari; it’s an original 1965 Shelby GT350. The white and blue Ford Mustang Fastback is exciting enough without having an interesting story. However, this 1965 Shelby GT350 produced the engine sounds of Nicolas Cage’s Shelby GT500 in Gone in 60 Seconds.

That’s right; this Shelby Fastback’s throaty soundscape is the voice of one of cinema’s most famous cars. Follow MotorBiscuit for the latest automotive content and stories!

Keyword: The Marconi Museum Has a Multi-Million-Dollar Crazy Car Collection