Kia will be hoping its the Telluride of electric cars. 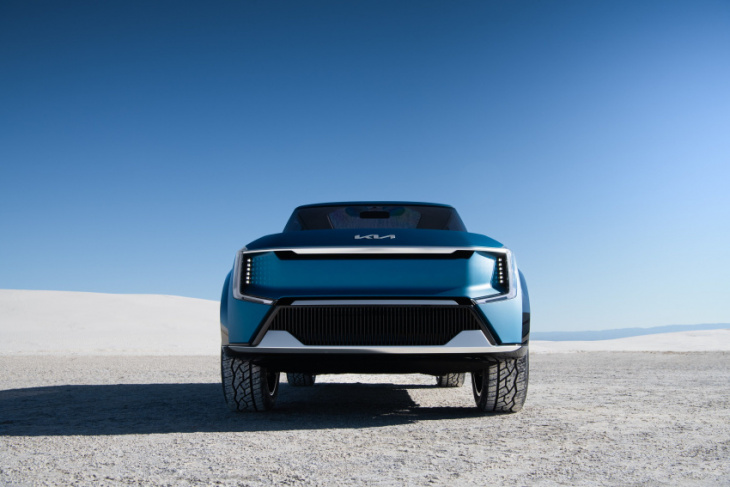 Kia is pivoting toward electric vehicles. The brand has released its first EV-branded electric vehicle, the excellent and sporty EV6. The next vehicle in the pipeline will be the EV9. The EV9 will be a boxy, off-road capable three-row SUV, basically an electric version of the World Car of the Year Award-winning Kia Telluride SUV.

We’ve already seen the EV9 in concept form; Kia unveiled the Concept EV9 back in fall 2021. Here’s what we know about the production EV9 and when you should expect to see it.

When will the Kia EV9 be released? 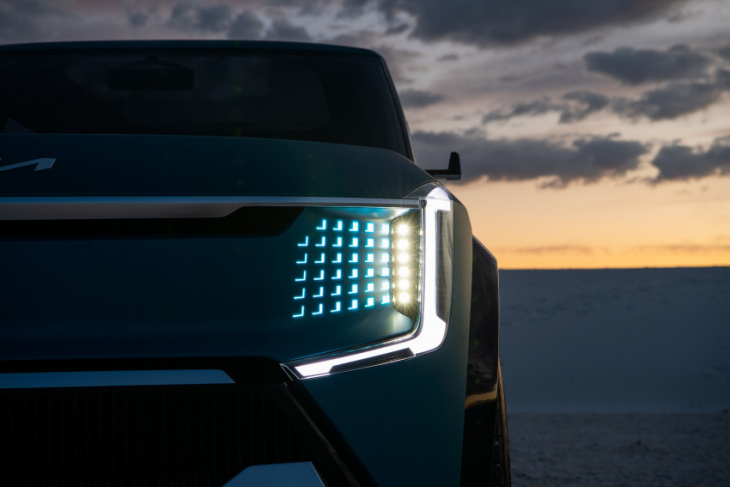 Very soon. Kia has ambitious plans to launch 14 new EVs (not all for the American market) by 2026. The EV9 will be the next version to follow the EV6. Kia confirmed the EV9 will make a world premiere in Q1 2023. That would track with a launch later in 2023 as a 2024 model year vehicle.

Here’s our best look at the production Kia EV9 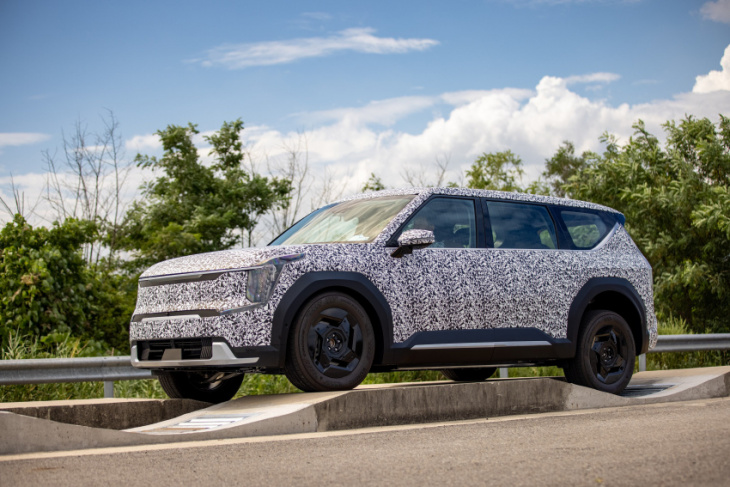 Kia revealed photos of camouflaged EV9 SUVs undergoing final testing in South Korea before the vehicle’s official release. The testing included what Kia described as “grueling” off-road testing. The production body shape looks like it draws heavily from the concept, without the extreme wheel proportions.

The Kia EV9 will run on the E-GMP platform The EV9 will run on Hyundai Group’s Electric Global Modular Platform (E-GMP), a dedicated platform for electric vehicles that underpins the EV6 and the Hyundai Ioniq 5. The flat floor and lack of a combustion engine and drivetrain components should allow the EV9 ample, flexible interior cabin space and a long wheelbase with short overhangs.

How much range will the Kia EV9 have? 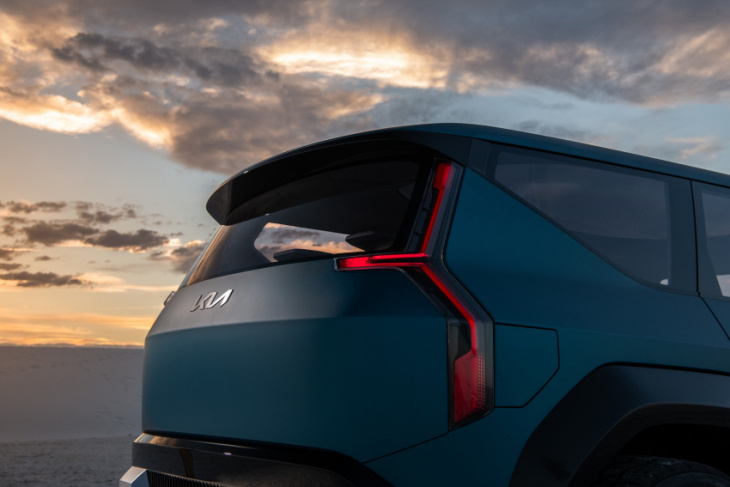 Kia has said the EV9 will offer a maximum range of about 336 miles. It will also be capable of fast charging, delivering a full 10-80% charge in 20-30 minutes adding as much as 62 miles of range in just six minutes of charging. Kia says the EV9 should be capable of accelerating from 0-60 mph in five seconds in top spec.

How big is the Kia EV9 compared to the Telluride? The EV9 should have a futuristic interior 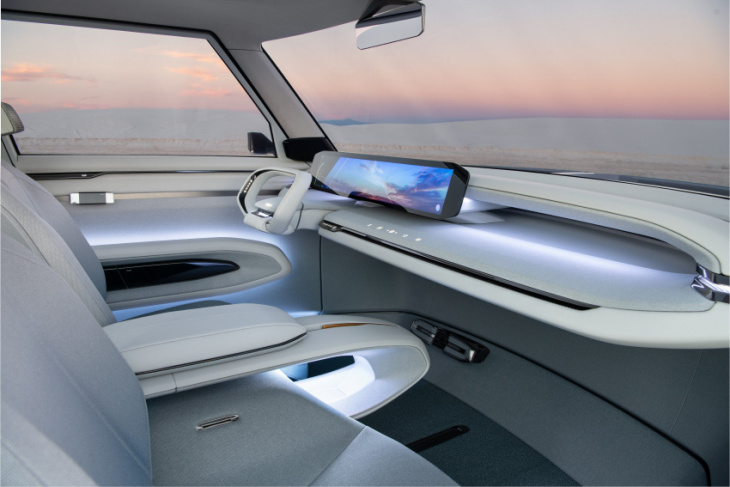 The Concept EV9 previewed several interior developments that could make it to production. The Concept EV9 features a single 27-inch digital display instead of distinct instrument and infotainment clusters. It has a pop-up “steering pad” instead of a wheel. There’s a variation of the floating center console seen in other Hyundai E-GMP platform cars.

Kia also made ample use of recycled materials for the Concept EV9. The flooring uses recycled fishnets. The seating fabric is made from recycled plastic bottles and wool fibers. The Concept EV9 also uses vegan leather in place of natural leather.

The Kia EV9 could get flexible interior modes 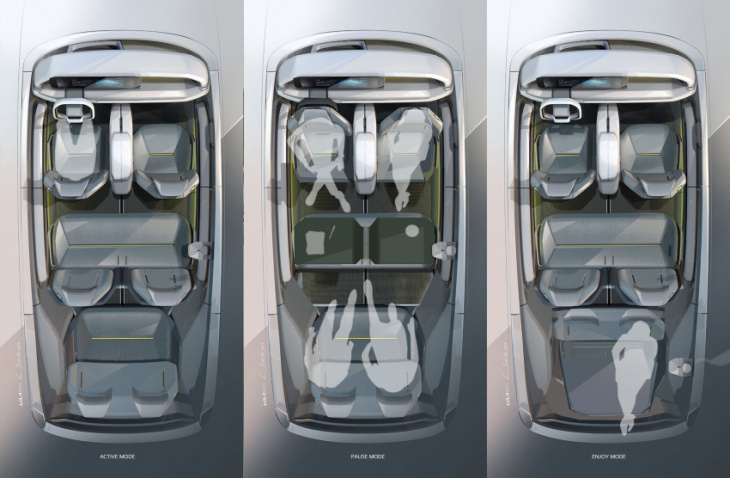 The Concept EV9 featured front and rear seats that swivel to create flexible interior modes. Active Mode is a forward-facing driving alignment. Pause Mode makes an interior lounge with the front seats pivoting to the rear and the middle seat folding down to form a table. Enjoy Mode pivots the rear seats to face out of the trunk for tailgating and camping.

We don’t know whether these modes will appear on the production EV9. But it’s something Kia is looking at.

The Kia EV9 should have a Hyundai counterpart 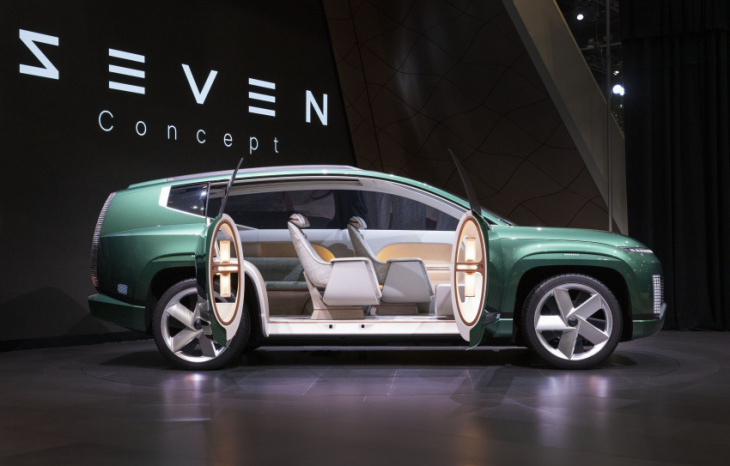 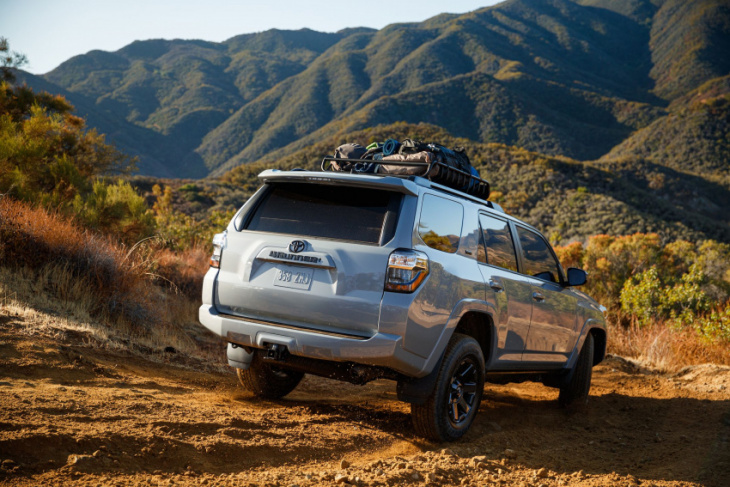 The 4Runner is due for a redesign. Here’s what to expect.

Keyword: The Kia EV9: Everything You Need to Know

Kia Keeps Teasing Us: Photos of the Kia EV9 SUV in Camo