The Happenings of the Sepang 1000 Kilometre Endurance Race! 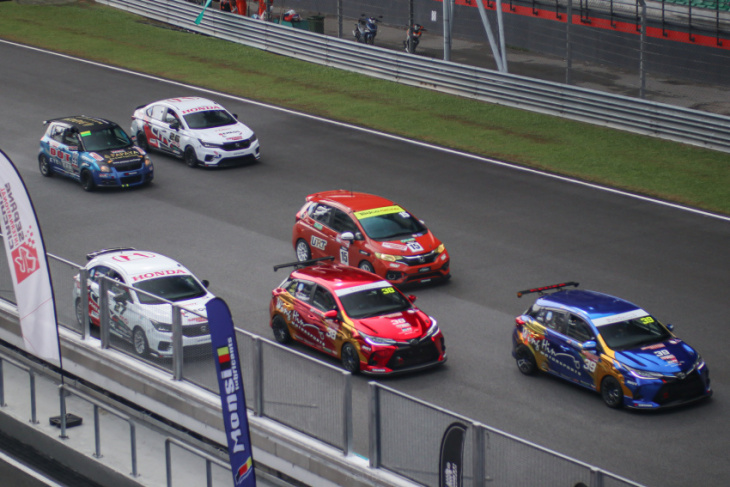 Admittedly, motorsport coverage isn’t something that Motorist typically does. But the folks at Sepang International Circuit were kind enough to invite us to cover the 14th running of the Sepang 1000km endurance race.

As the editorial team is staffed with some proper car nuts, and as this also presented us with another opportunity to experiment with car culture content, we couldn’t see a reason to turn the invitation down. 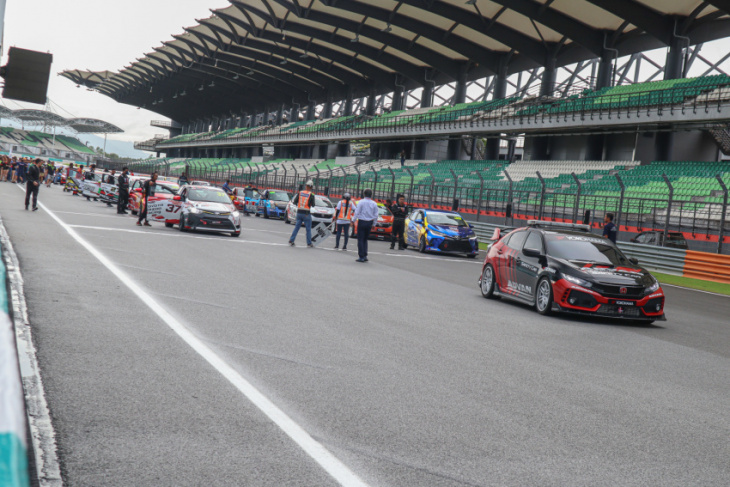 Except that I was the only one that had the bandwidth to make the trip up North. With a track length of over five kilometres, and with a seating capacity of over 130,000, there was no way that I’d have been able to cover all the action on the track. I called upon a favour from a good mate of mine, and with two air tickets in tow, made the journey towards KLIA. 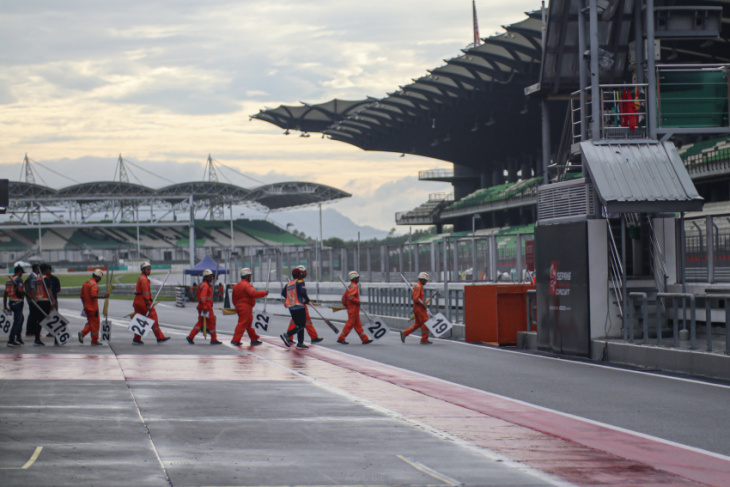 Of course, I made sure I brought a valid passport with me before heading to the airport. You know, the whole “once bitten, twice shy” malarkey?

What is the Sepang 1000km Endurance Race?

If you’re into your cars, you’d have definitely heard of the 24 hours of Le Mans. The Sepang 1000km operates in a similar vein, albeit on a smaller (and thus more affordable) scale. It created an avenue for owners of smaller capacity track cars to take part in a professionally organised motor race, with the first iteration held back in 2009. 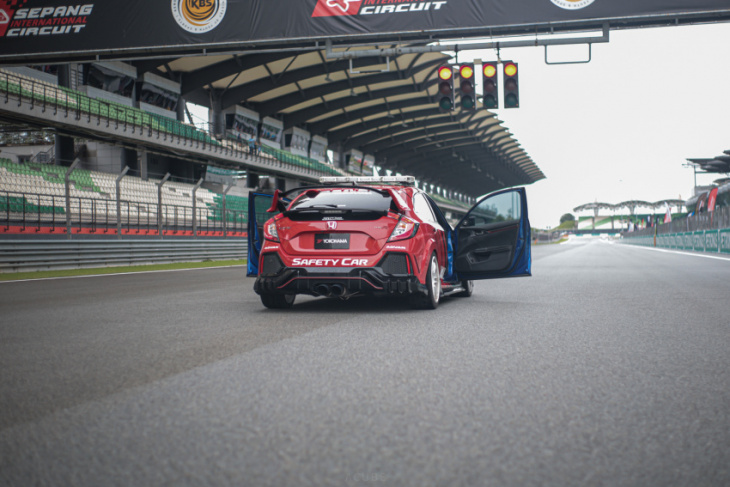 It has since been hosted every year, bar 2020, for obvious reasons.

For the 2022 grid, there were four classes of cars. The de facto ‘top dog’ takes the form of the M-Production class, better known as the Malaysian Touring Car (MTC). Modified Honda Jazz/Fits cars and Suzuki Swift Sport models compete in the SP2 G and SP2 V classes respectively. The Toyota Vios cup is also a new addition to the series, a wildcard class entry of sorts that has the support of the Toyota Gazoo Racing Team.

The Allure of Endurance Races

The appeal of the race is that you’re pitting not only the drivers against one another, but the machines as well as the operational crew too. There are many facets that can work against you should there not be a sense of camaraderie within the team itself. I’m sure the competitors are well aware of this, which is why the teams typically operate like clockwork. 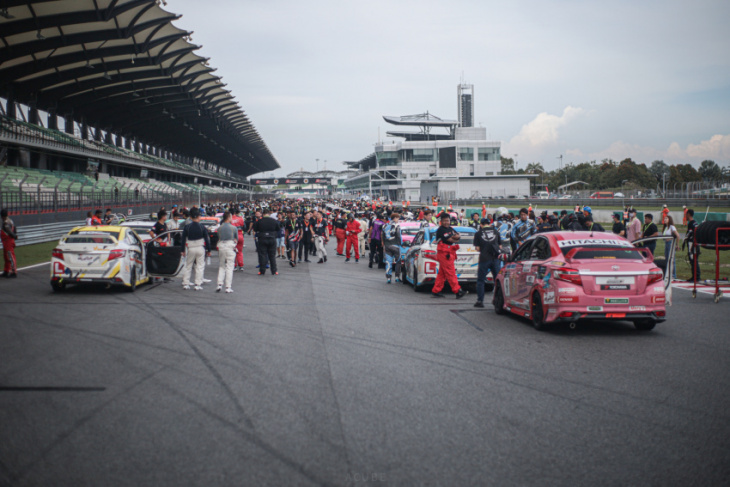 68 cars started the race at a little over 9.30 am on a Sunday morning. And it didn’t take long for the MTC cars to start forming a gap to the rest of the field. The Vios fielded by the Gazoo Racing folks, as well as the two Yaris cars operated by Wing Hin Motorsports, benefitted from the greater freedom of the MTC rulebook, allowing the cars to also generate some additional traction from aerodynamic elements, which are banned from the other categories. 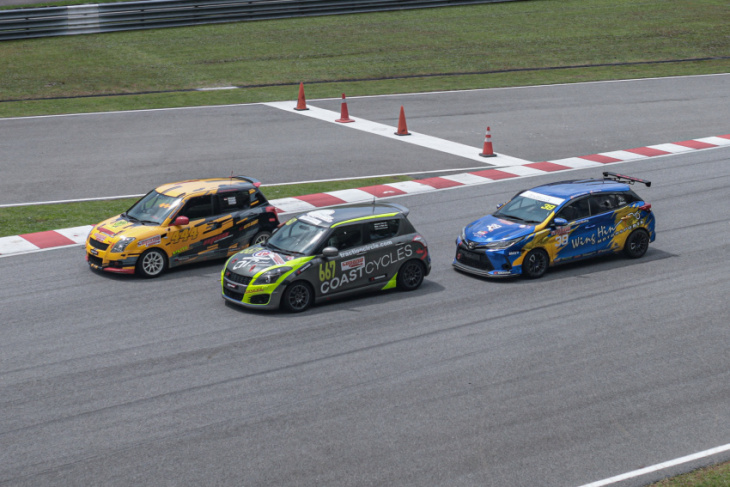 Racing was generally close throughout the field, and a very real consequence of these battles was contact. Some drivers took the “rubbing is racing” ethos a little too seriously, though their divebomb attempts at the final hairpin did make for some fantastic action throughout the course of the 181 lap race.Mechanical failures and damage from on-track collisions lead to numerous cars being recovered, then either patched up to be sent back on track (albeit down tens of laps), or retired from the race should the damage be too severe. 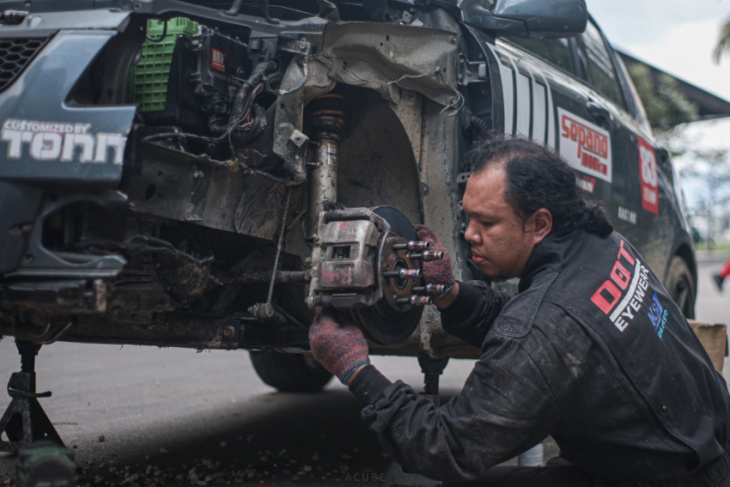 Suspected oil spills on the track, first at T10, then at T9, brought out the safety car in the closing stages. The closing up of the field allowed for a truly stratospheric scrap between the front runners in the MTC class.Eventually, Toyota Gazoo Racing Malaysia drivers, Tengku Djan Ley and his partner, Muhammad Naquib won the MTC class in their #37 Toyota Vios with a total time of 8 hours 32 minutes and 41 seconds. 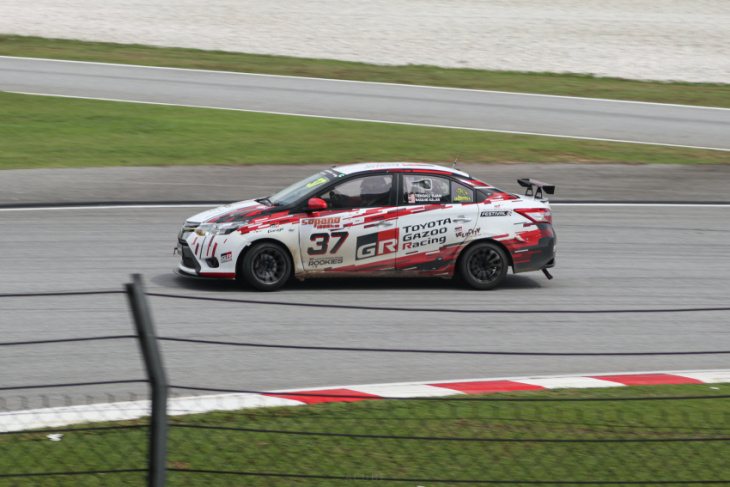 Hayden Haikal and Hii Wan Jian from Wing Hin Motorsports behind 6.2 second gap finished the race as a runner-up. The final podium spot was claimed by the Hi-Rev Dream Chaser pair of Mitchell Cheah and Brendan Paul Anthony, competing in their Suzuki Swift.The SP2-G class was won by the guys from Empire M Racing, with the Honda Malaysia Racing Team (HMRT) being the runners-up. The all-Japanese trio from Rworks Riyoz completed the rostrum. 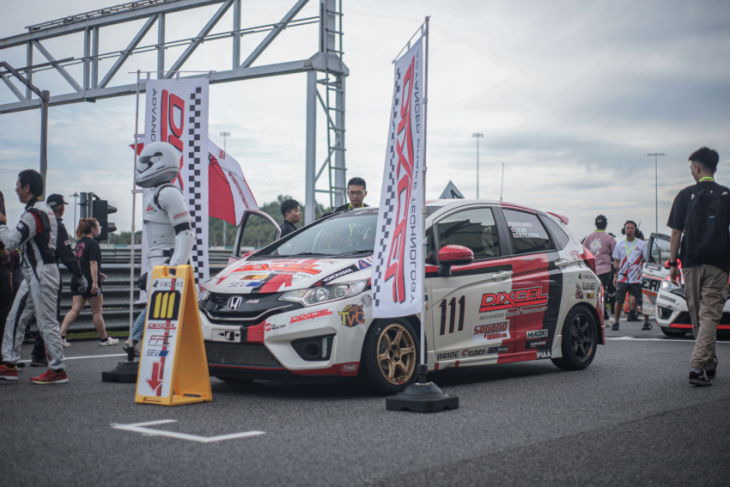 And the Rworks Riyoz crew aren’t leaving Sepang with just one piece of silverware. In the SP2-V category, their cars finished 1-2, with the first car, fielded by William Cho Ng, Takashi Ito, Mohamed Hafiz Kamaruddin and Ahmad Ridhwan, finishing one minute and nine seconds ahead of the sister car, driven by Karurosu Honda, Ito Rina, Ohno Takahisa and Ng Kim Ngee. The Applied Performance X LW team completed the top 3. 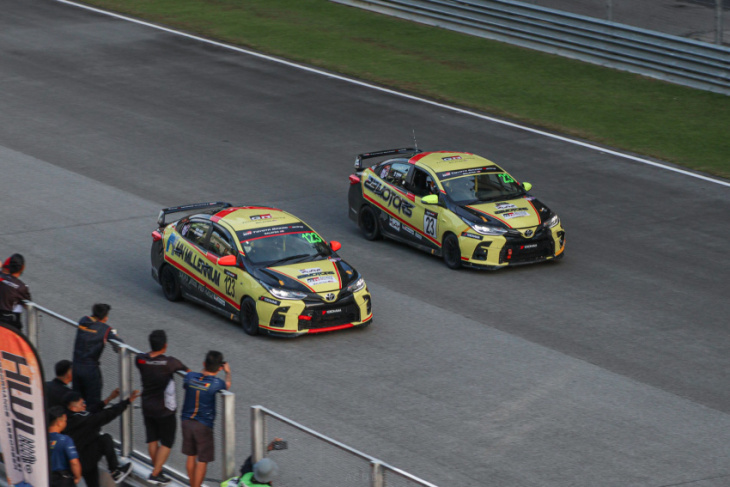 23 Motors joins Rworks Riyoz as teams completing the event with a 1-2 finish. The team scored this result in the Vios Cup class, with the Carroof Motorsport drivers coming in P3 in class.

You’d be able to appreciate the competition on track even if you aren’t an arden petrolhead. Drivers from nine different countries, including 47 Singaporean entries, competed in the 2022 edition. As you’d expect, race queens were present, but the vast majority of event attendees were there purely for the action on track, so they didn’t really get any attention or love. 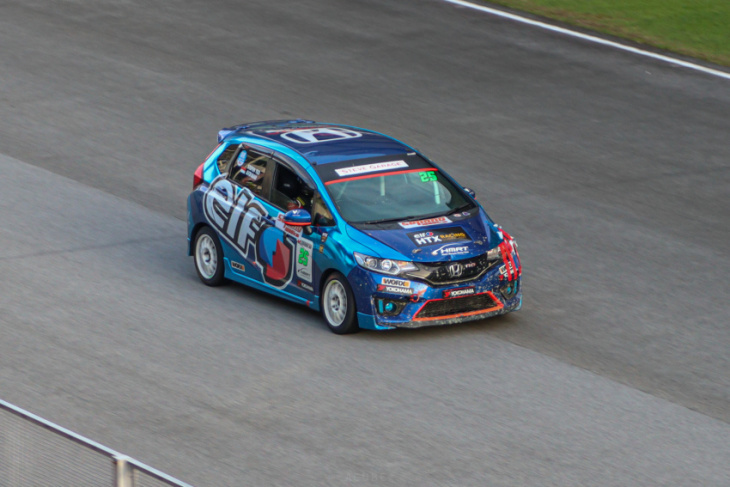 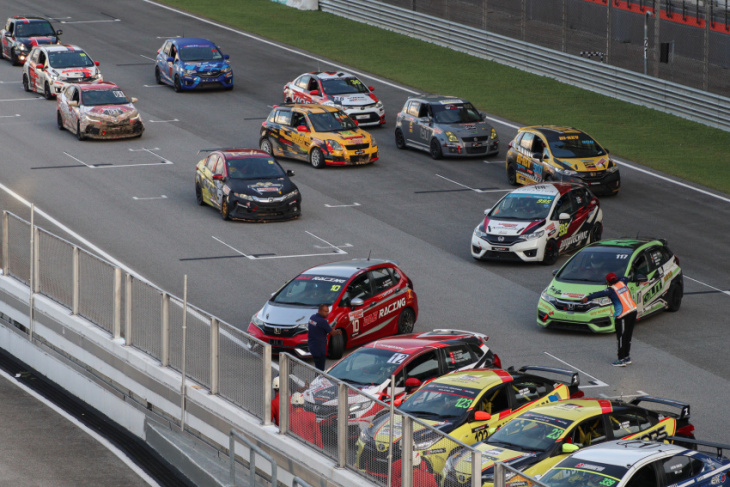 Admission was free across the three event days itself, and paddock entry would have only cost you RM106. Sepang itself aims to revitalise the track facilities in the coming months, so it’ll soon be more than just a trackday venue. You’ll have to watch this space to find out just what else Sepang has planned!

Keyword: The Happenings of the Sepang 1000 Kilometre Endurance Race!