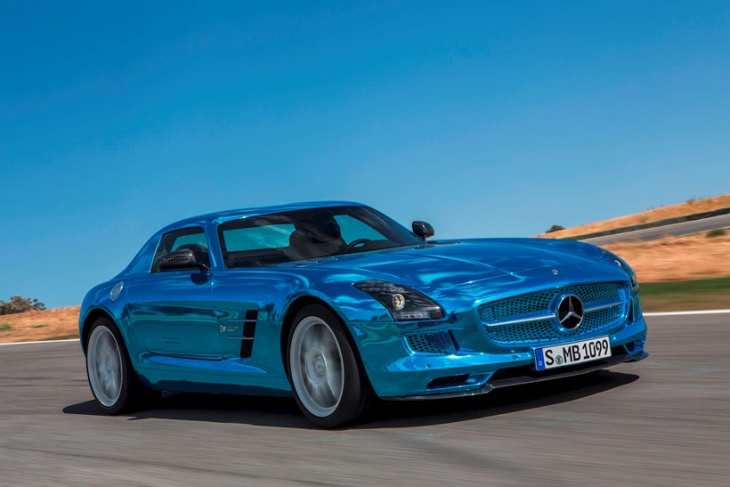 Mercedes-Benz is making a name for itself with battery electric vehicle (BEV) SUVs like the EQC, EQA and the latest EQB. But the German maker’s first BEV was in fact a supercar.

You’ll probably remember it more for the colour than anything. Mercedes-Benz cooked up the searingly yellow AMG SLS E-Cell as a concept in 2010, based on the SLS coupe that was launched in 2009 (the first model designed solely by AMG, although before the “Mercedes-AMG” brand was born). 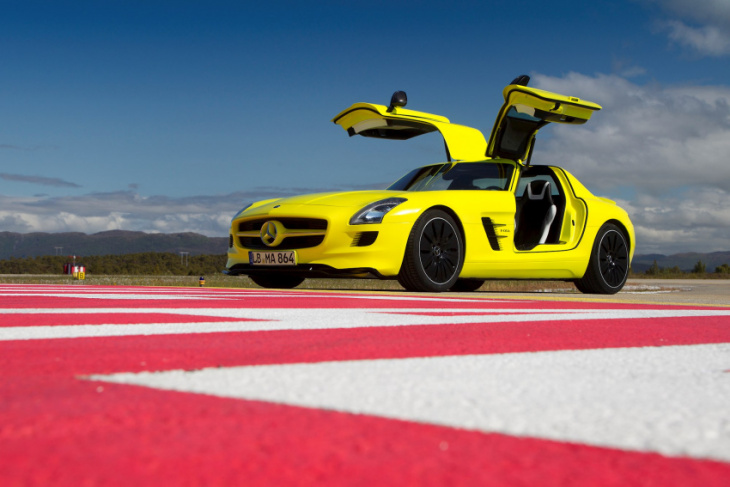 The E-Cell boasted a powertrain designed in collaboration with UK-based Mercedes AMG High Performance Powertrains (creator of engines and KERS systems for Formula One) and boasted a 400V battery system with quad electric motors. This was before Tesla and before anything EQ; it was a huge deal and seemed hugely high-tech.

Mercedes-Benz was serious about putting it into production and in 2012 unveiled the renamed SLS AMG Electric Drive in a chrome blue hue (which, unlike the yellow, nobody seems to remember). From concept to reality it had gained more battery capacity (up from 48 to 60kWh) and faster-spinning electric motors (up from 12,000 to 13,000rpm). Total outputs were 552kW/1000Nm and it could hit 100km/h in 3.9 seconds.

The SLS Electric Drive was a highly exotic machine, with devastating rolling acceleration and a variable-mode torque vectoring system, but not terribly practical. The relatively small battery (only the size of today’s EQB) was taxed by the big performance; the official range was 193km, but a session of spirited track driving was enough to drain it completely. Of the proposed production run of 100, only nine were actually built and sold, at a price of NZ$800,000 each. 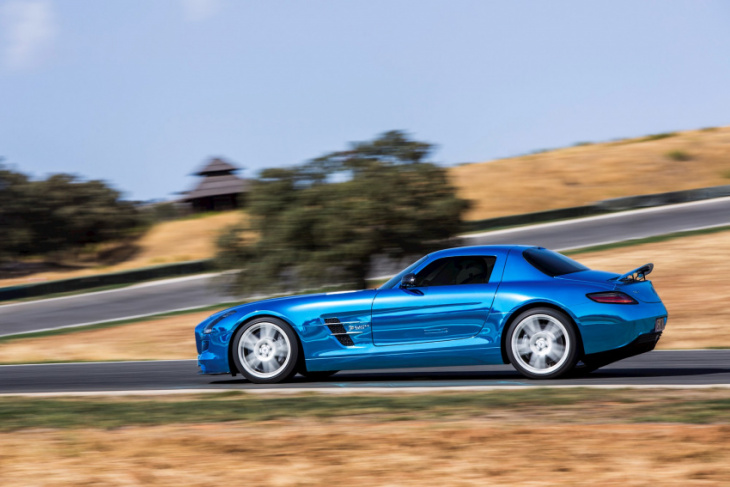 But it was the first step on the path to EQ and still stands as a landmark model for Mercedes-Benz. In June 2013, the company even sent the SLS Electric Drive around the Nurburgring to show off its performance prowess. It lapped the Nordschleife in 7:56.234 – impressive for the time, although nearly a minute-and-a-half slower than the record just set by the new Mercedes-AMG One! 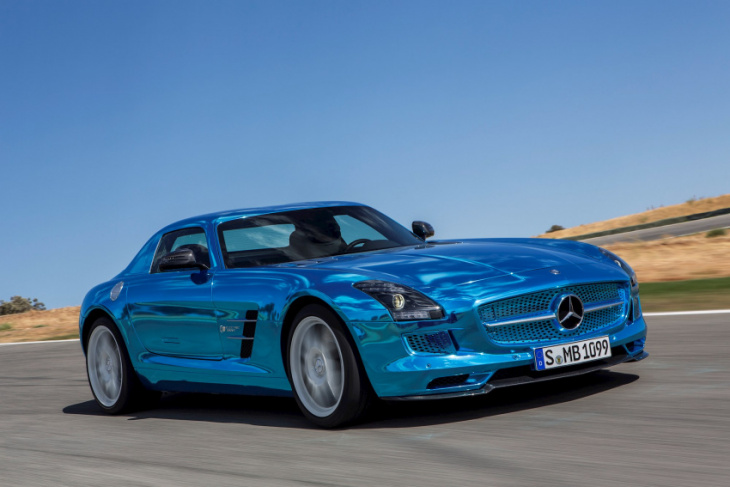 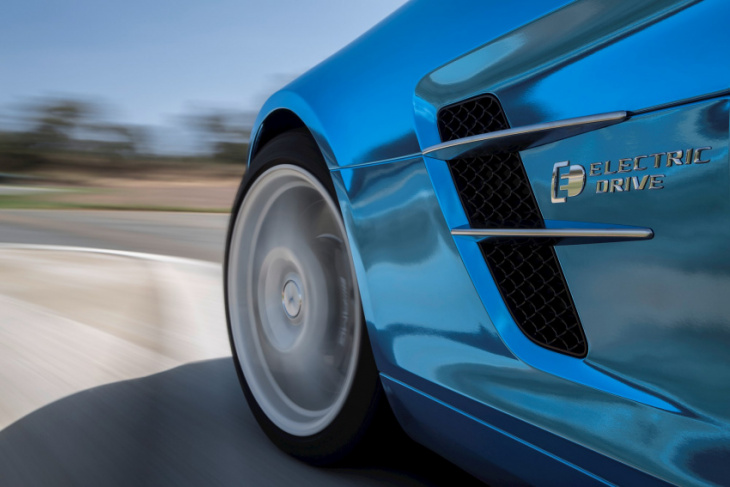 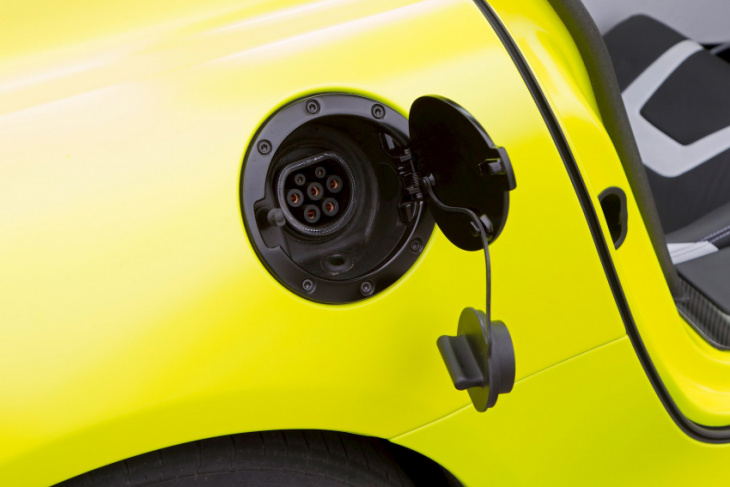 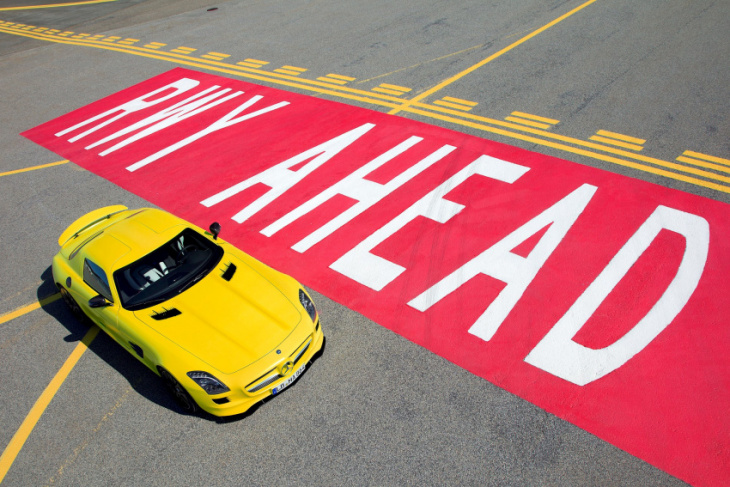 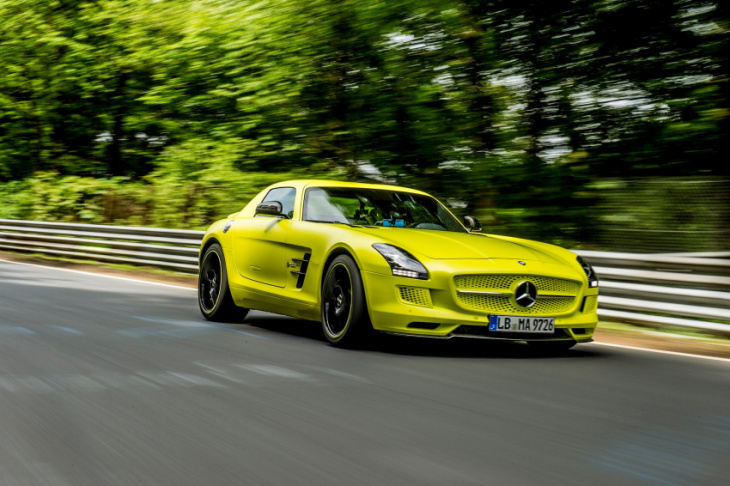 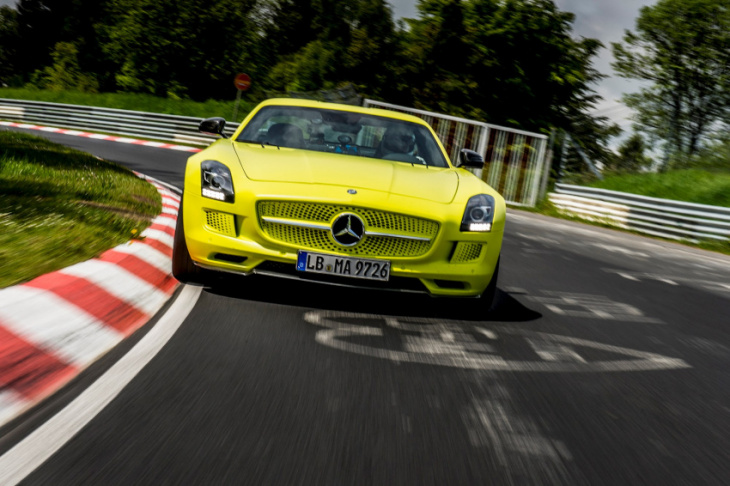 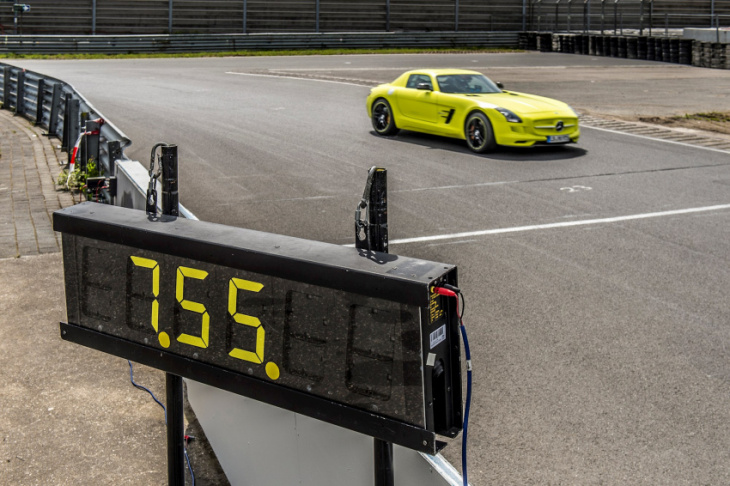 Keyword: The Good Oil: Mercedes-Benz's first BEV was a supercar