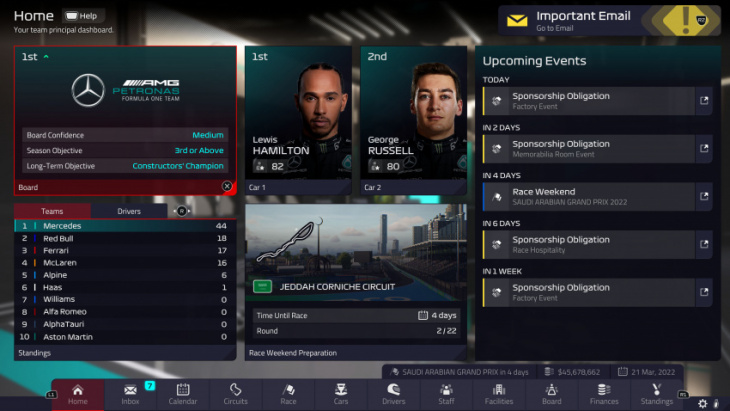 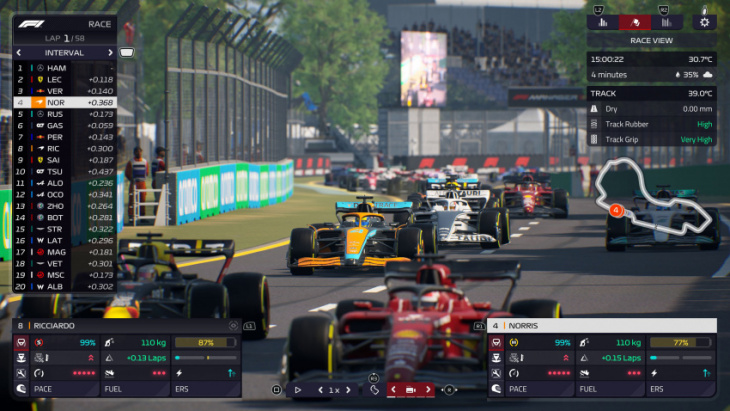 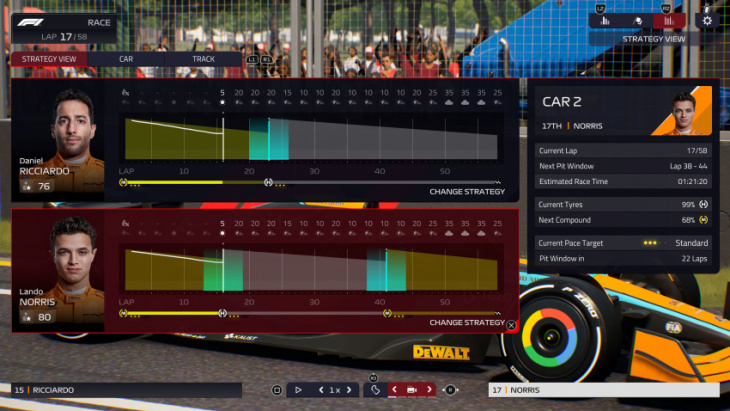 The responsibilities of a Formula One Team Principal are many and varied. You’ve got to manage a hugely technical team of engineers, you’ve got to dance around the egos of highly strung drivers and, if you subscribe to the Christian Horner and Toto Wolff school of thought, you’ve got to direct regular withering put downs to your bitter rival in the Netflix series.

F1 Manager 2022, which arrives on PC, PlayStation and Xbox on 25 August, aims to cover most, if not all of those responsibilities. While a management game is, by its very nature, going to lack the hair-on-fire drama of piloting the car in a more conventional F1 game, true fans of the sport know how important and involving the technical and interpersonal sides of the motor racing can be.

Your job as team principal will be to assume command of one of the ten existing F1 teams and guide them to victory over multiple seasons. You’ll need to sweet talk sponsors, hire real world drivers and personnel, upgrade your facilities, tweak strategies mid-race and choose the direction of development, all while avoiding blasting through the mandated budget cap. And there was us hoping to fit a champagne-filled jacuzzi in our office.

Most surprisingly, this doesn’t look like any management game we’ve ever seen before. A bit like Tom Cruise insisting on throwing himself out of a plane to get the perfect shot, developer Frontier has decided to make this management game far more spectacular than the dressed up series of spreadsheets it could have been. When you’ve done all your tinkering and finally click the button to kick off a race weekend, you’ll be treated to some astonishing graphics and broadcast-quality presentation. Unnecessary, but absolutely welcome.

Judging by the phenomenon that is Football Manager, F1 Manager’s success will be measured not in terms of numbers of copies sold, but instead by number of previously robust marriages ruined. Based on what we’ve seen so far, we’ve already got a divorce lawyer on speed dial…