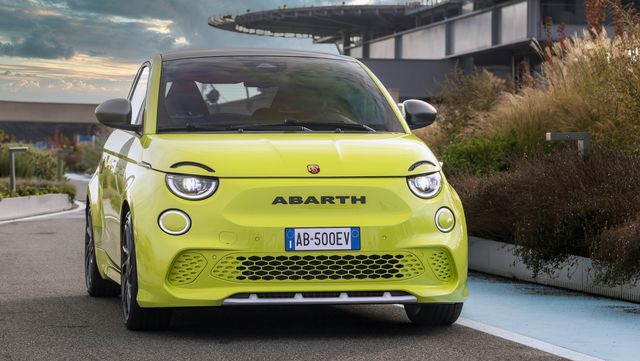 Fiat performance arm Abarth revealed its first all-electric hot hatch on Tuesday. Named the Abarth 500e, it packs 155 hp from a 42-kWh battery pack, is quicker than the standard 500e, and it comes with a handful of sharp cosmetic upgrades. The news comes just days after Fiat revealed it would be selling the 500e in the United States, giving us some hope we might actually get the Abarth version.

We knew back in March an Abarth version of the purely electric hatchback would arrive at some point, but this is the first we’re seeing of the finished product. While power might be down 5 horses versus the outgoing gas-powered Abarth, torque is slightly up thanks to all that instant electric twist, from 170 lb-ft to 172 lb-ft. Zero to 60 times are identical, at seven seconds flat. Abarth promises better handling too, thanks to a longer wheelbase and wider track widths. 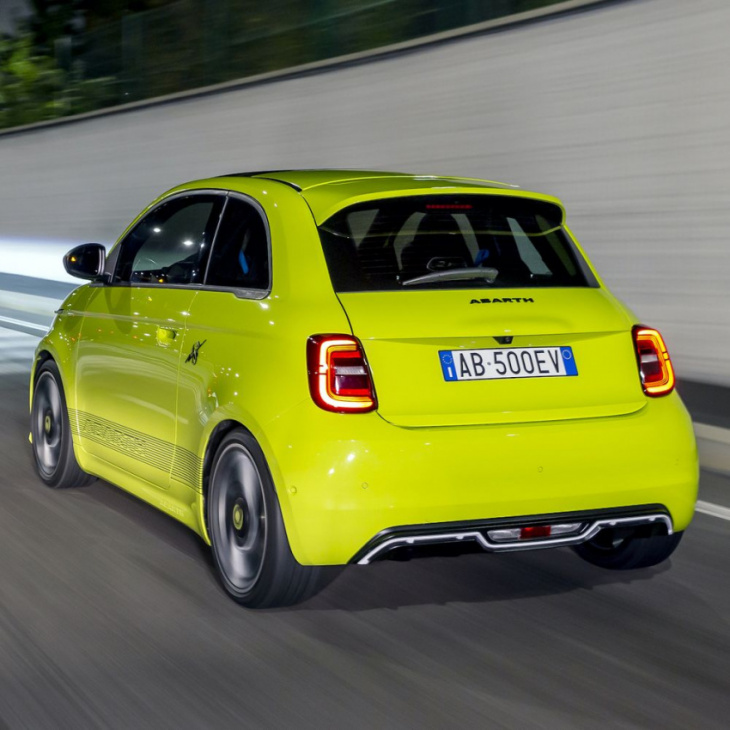 Abarth spends a lot of time in its press release for its 500e talking about the car’s in-cabin noises. Every time you turn the car on you’re greeted by a guitar strum. It’s “a sound that immediately gives users those sensations that can be experienced on board any Abarth,” according to the brand. Once on the move you’ll discover what Abarth calls a Sound Generator, which works with the electric motor and the car’s speed, “faithfully reproducing the sound of an Abarth petrol engine.” Thankfully, the system can be turned off.

The Abarth 500e gains a host of cosmetic upgrades inside and out to accompany its performance. The front air dam is the most notable change, sporting gigantic ABARTH lettering across the nose. There are also new side skirts and a rear diffuser. In the cabin you’ll find Alcantara inserts, a new steering wheel, and Scorpion-embossed seats. 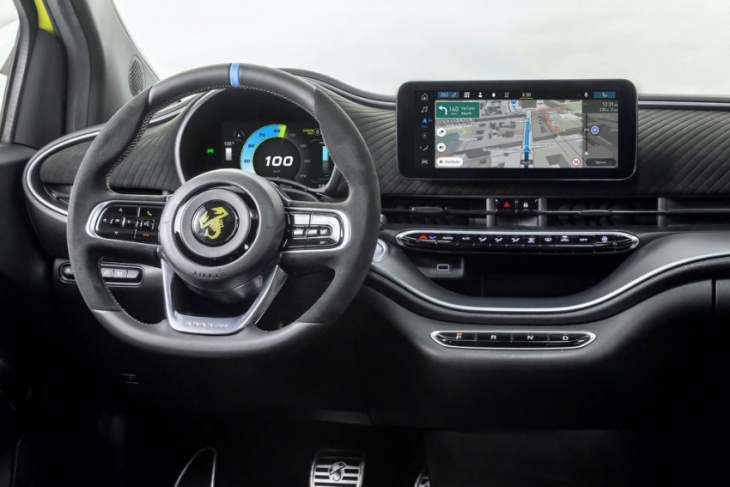 It’s unclear right now whether Fiat plans to bring the Abarh 500e to the States, though seeing as how the normal 500e is on its way here, we don’t see why the Abarth version can’t tag along.

A redesigned Fiat 500e electric hatch heads to U.S. showrooms in early 2024, and it may have a feisty Abarth flagship on offer when it arrives. The new 500e Abarth was revealed on Tuesday and is set to go on sale next year in markets where the latest 500e ...