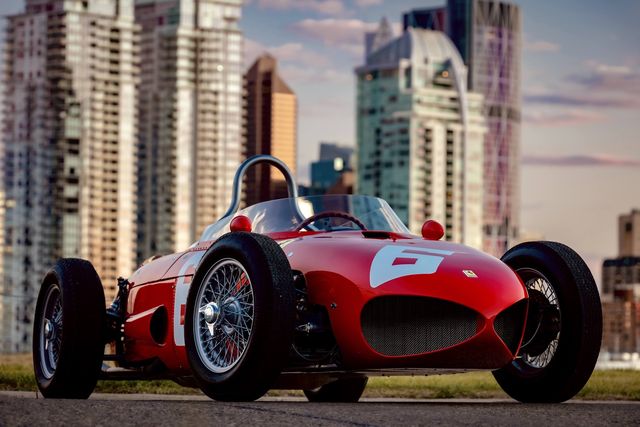 The Ferrari 156 “Sharknose” arrived in 1961 as the first mid-engined F1 racer from Maranello. The car proved an immediate success, with driver Phill Hill taking home the World Championship for Ferrari that debut year, marking the only time an American driver has ever done so. Rumors have suggested that Enzo Ferrari actually ordered every Sharknose to be destroyed following the 1962 season, preserving a bit of secrecy around the car’s design. The lack of surviving real-world examples didn’t stop Brandon Hegedus from painstakingly recreating a Sharknose F1, and now he’s offering the build up for sale.

As fans of R&T may recall from our previous coverage of this incredible build, recreating an F1 icon from scratch is no easy task. Hegedus told R&T that while he wasn’t a fan of vintage motorsports, he always had an appreciation for the design of those cars. Wanting to challenge his automotive skill set, Hegedus decided he would build one of these machines for himself, bolstered by his skills as a cabinet-maker. While he was initially drawn to the looks of the Lotus 49, that car’s exposed powertrain would make things more difficult to fudge with accessible components. He then decided to recreate a car with an enclosed engine and simple bodywork. After searching through period-photos of various racers, Hegedus settled on the Ferrari 156. He was confident he could recreate the hand-shaped looks of the F1 legend, and became interested in the car’s unique backstory. Of course that history would also make this project all the more challenging. 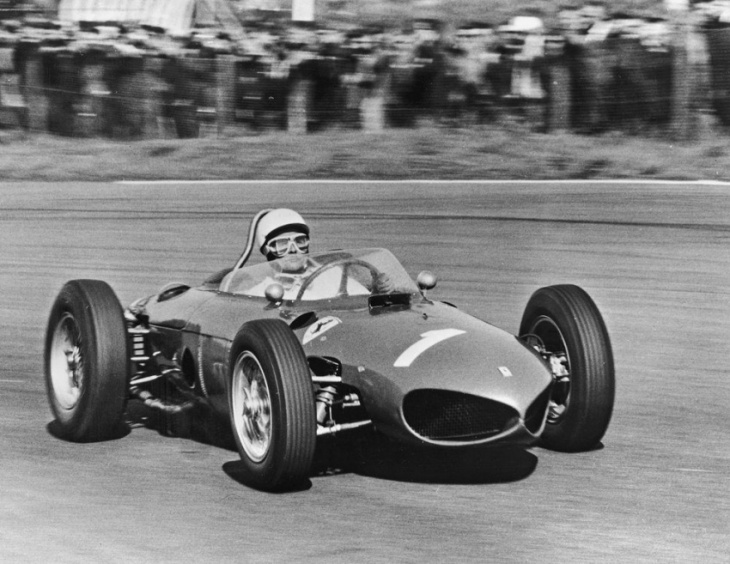 Phil Hill behind the wheel of his Ferrari 156 Sharknose.

The build officially started with a 2003 Suzuki Hayabusa purchased for $4300. Hegedus knew he couldn’t afford a genuine Ferrari powertrain, but the bike motor would make a great high-revving F1 motor impersonator. The 175 hp engine, driveline, brakes, and gauges from the bike were all retained for the build, while the remaining items were sold to help continue funding the project. The engine is mated to a 6-speed sequential gearbox complete with wet kevlar clutch and race springs. Hegedus designed the entire chassis and suspension layout using historical photos of the car, using various measuring tools and CAD to help with scaling the build. Power is sent to the rear wheels via a chain drive, with either a spooled or open differential available depending on the axle setup. A set of MWS wire wheels come wrapped in period-correct Dunlop R5 rubber. Those wheels hide a set of Toyota-sourced front rotors with four-piston calipers, while a single 13-inch rotor with a six-piston caliper does its job out back. 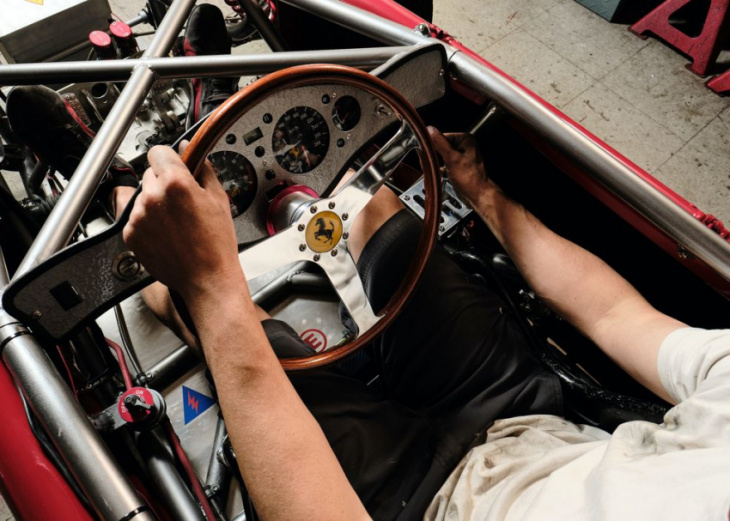 Perhaps the most impressive part of the build is the bodywork, which Hegedus constructed by hand-laying carbon fiber. Without an autoclave handy, the carbon and plexiglass components were heated using the Hegedus family’s kitchen oven. Finished in a few coats of accurate Rosso-Chiaro paint, the car looks like it could’ve come from an Italian workshop. There’s even a single genuine Ferrari crest on the car, though the other badges are indeed replicas.

Hegedus is now offering the car for sale by way of Facebook Marketplace, and is asking $112,420 for his creation. That might seem like a large chunk of cash, but it would cost a significant amount of time and money to try and recreate this build from scratch. It’s not a genuine Ferrari racer by any means, but it is a masterpiece of automotive engineering built by hand. Here’s to hoping Hegedus has another project cooking in the back of his mind, as we’d love to see what he’s able to conjure up next. 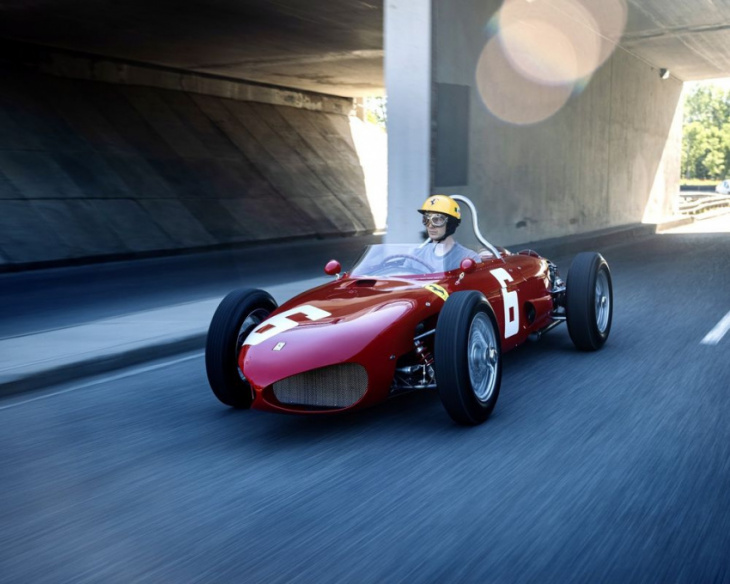 Keyword: The Ferrari 156 Sharknose F1 Recreation a Dude Built in His Garage Is For Sale

Ferrari has unveiled its Purosangue “crossover” with a naturally-aspirated V12 heart. The Purosangue is the automaker’s first stab at a vehicle in the crossover/SUV category, and it’s also one of the last premium manufacturers to join in on the super SUV craze. Ferrari has done its homework well as ...