In this, the year that we’re celebrating 75 years of Ferrari at the Goodwood Revival, it feels like the right time to tell the remarkable story of this 1965 Ferrari 1512 flat-12 Formula 1 car – the car John Surtees once said was his favourite of all that he’d raced. 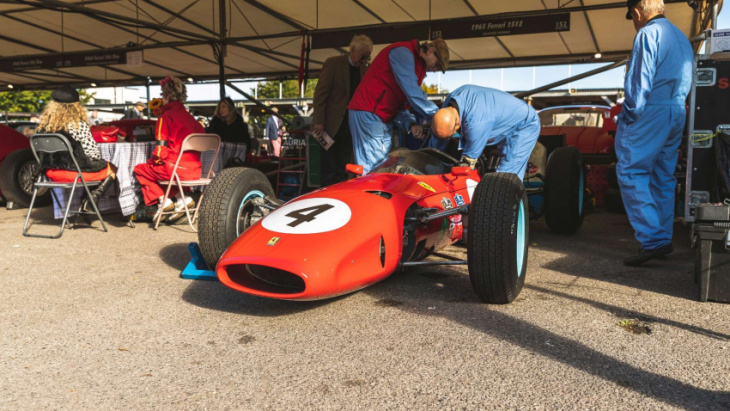 It’s been in the caretakership of a well-known Italian-American collector for over two decades, whose collection of extraordinary Italian cars only pales in impressiveness to his willingness to see them used. Indeed, today this car is likely no less than eight figures in value and yet, for the last ten years, following its extensive and painstaking restoration, has seen regular action on the historic racing scene. Including Revival this year, it’s been to Goodwood almost every year since being restored.

It was only last year at the Revival that the very real risks to these cars, and the owner’s incredible commitment to the spectacle, became abundantly apparent. Following a race-long pursuit of Glover Trophy leader Andy Middlehurst, race ace, co-restorer and co-caretaker Joe Colasacco found oil down at the Chicane, sending the spindly Scarlet stunner into the tyre wall. Yet here we are in 2022, with the car and Colasacco fighting fit and back both to celebrate Ferrari and to race as they would any other year.

“Last year in the Chicane, something put me off,” Colasacco recalls, regarding the unfortunate incident. “It was just a normal entry and the car slid off and touched the wall. It only bent the lower arm. My pride more than anything was hurt, and a few bits of bodywork.”

Indeed, if you don’t detach yourself from the memory of some of Ferrari’s defining moments, it’s easy to forget that lady luck isn’t always on the side of the Scuderia. We’re relearning as much this year as Ferrari’s 2022 World Championship chances wither before our eyes. So too was the case for this diminutive little 1.5-litre screamer in period, which even with Lorenzo Bandini, defending world Champion John Surtees and Pedro Rodriquez at the wheel, never found much success. 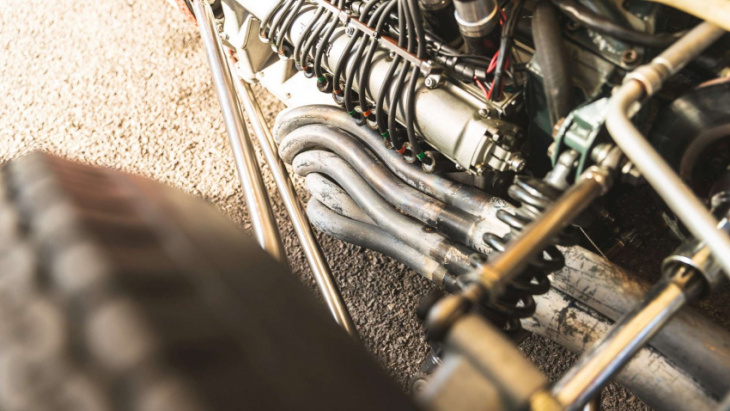 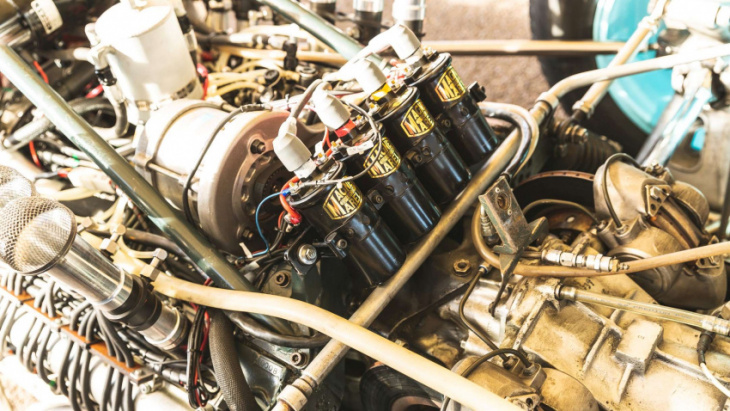 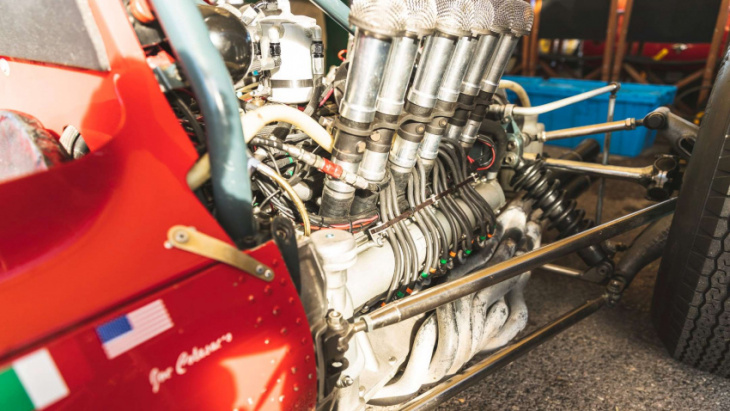 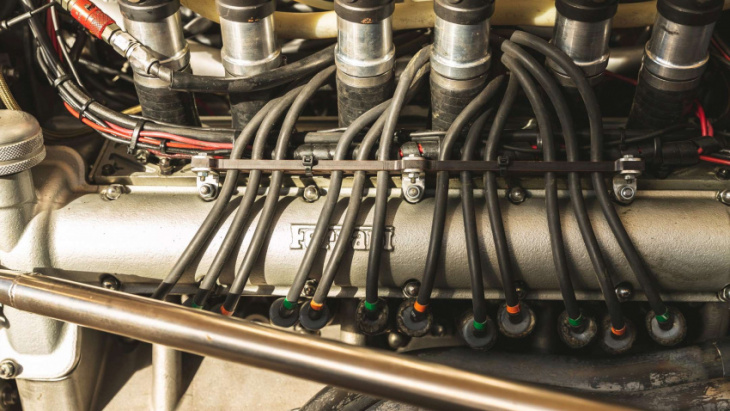 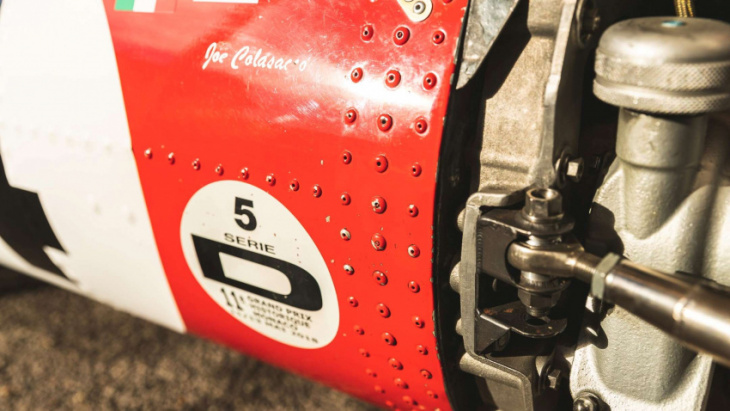 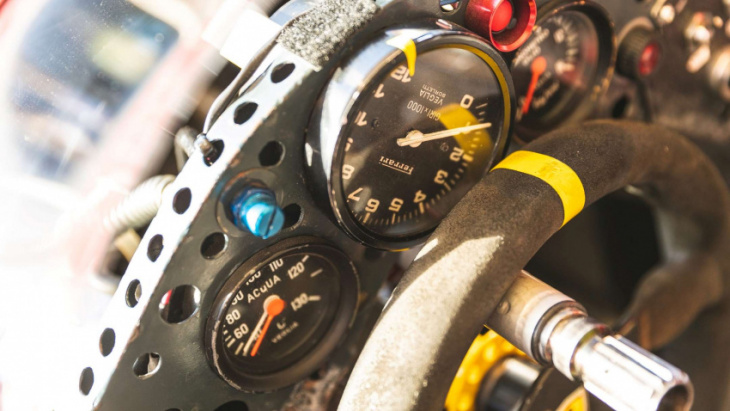 Surtees’ opening drive for this car (chassis 0008) at the Nürburgring ended prematurely, while Bandini managed a best finish for the car of fourth, during the 1965 Italian Grand Prix. Pedro Rodriguez then brought it home seventh in the Mexican Grand Prix. The romance, the panache, the pantomime, the star power of Ferrari was all there, but as has often been the case over the years, the potential wasn’t realised. At least, not until its latter-day career, with even the first few years following its restoration yielding little in the way of luck or silverware for the 1512.

“I met John Surtees here some years ago and he said that he thought it had more potential than the V8 he won with at the time,” Colasacco tells us.

“They just stopped development of it before the 3.0 rules came along. It took a while to get it to win. We had some good luck after some DNFs before, we’d had seconds, thirds here, a few DNFs.”

That was until Revival 2018, when Colasacco and the screaming Ferrari howled to a glorious victory here at the Goodwood Revival in the Glover Trophy, seeing off regular front runner Andy Middlehurst. As above, the two duelled again in 2021, resulting in a bump with the tyre wall for the Ferrari.

“It was a tough win and we’ve been trying really hard. It was our first win, then we won in Monaco this year. Normally the only place we run is here in Europe or in Monte Carlo, because there’s no 1.5 series in the USA. So we have to ship it over.

“The car is very complicated, a 1.5 12 cylinder with early fuel injection. The ignition system has eight sets of points, two distributors and 24 valves. That was a big hurdle for our team to overcome. Once the engine was reliable, we worked on getting the car handling right.

“People like it in this class, it’s a little different. There’s a lot of green cars – Coopers, BRMs, Lotuses – it’s nice to mix it up at the front.” 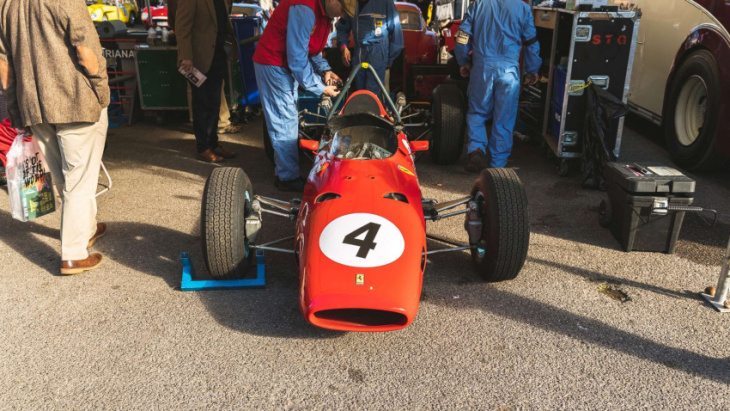 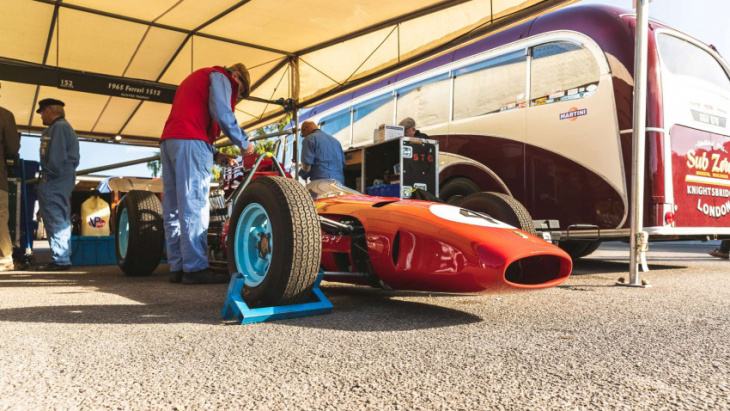 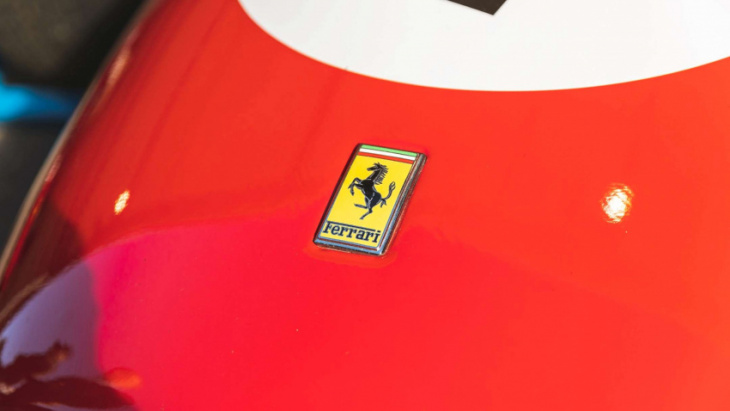 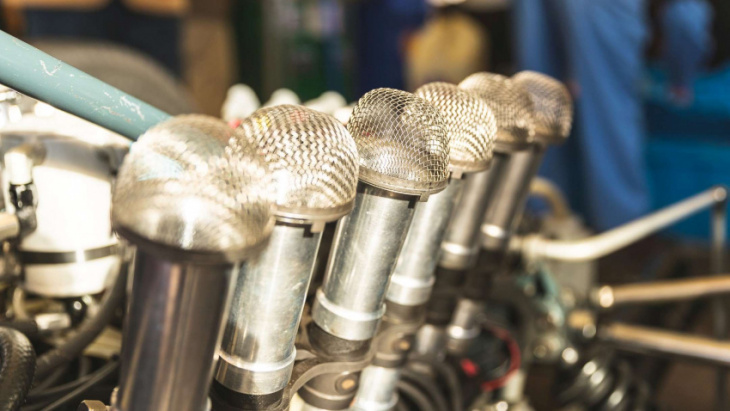 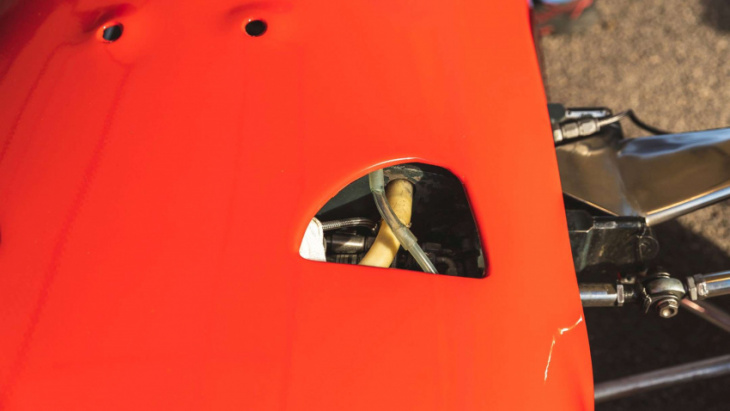 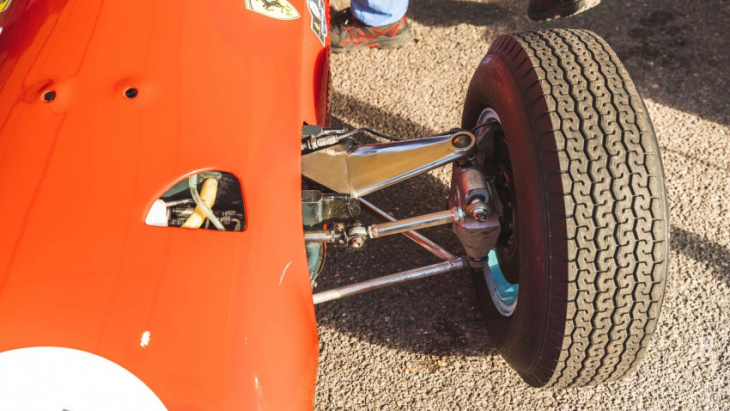 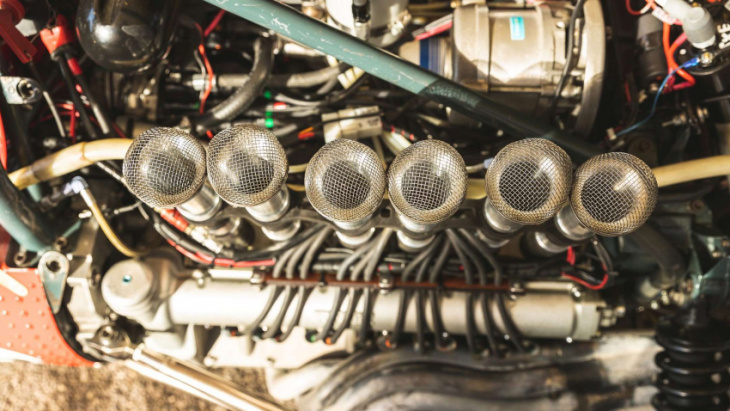 It was at least first effective in concept. In period, the Mauro Forghieri-designed flat-12 engine was considered one of the most powerful on the grid, while it was John Surtees’ belief that the low centre of gravity inherent in the flat design yielded a handling advantage for the 1512. Indeed, it was Surtees that pushed for the 12-cylinder in spite rowing the V8 to his championship victory the year before.

For the 2009 restoration, Colasacco and the owner went as far as enlisting the services of Forgieri himself, making it near enough the designer and engineer’s last job before he retired. Typically however, Forgieri restored it to its Alpha version self, that is one that wasn’t as effective as it could be.

“It was bought in 2001 and went into restoration in 2009. It was sent to Italy where Forgieri took on the restoration in Modena. In period, it didn’t get the chance to be developed but today it has been. All the troubles back then came back when it was restored. It took two years, it was good but we needed to dial it and debug it. My engineers got it reliable and got it to where it is today.”

The point Colasacco really wanted to get across was exactly how much goes into running the 1512 at all, let alone how much goes into making it win. It’s the enthusiasm and passion of the owner that keeps it running and competing as it does.

“It’s hats off to the owner Larry Auriana really,” Colassaco enthuses. “He takes on big challenges and doesn’t take on anything that’s easy. He’s a big enthusiast and it’s a big challenge to run this car. I really want to get that across.

“It’s easy to run around in something simpler that’s not as valuable, but running a Ferrari up front… it adds something. The 1512 will be Clasiche certified one day but while we’re campaigning it, we won’t, because of the safety things, the roll bar. One day, but not yet. I love driving it. There’s a bit of weight in the rear with what is a heavy engine and it’s especially characterful in the wet, but I love driving it.”

Enjoy seeing and hearing the howling 1512 out running amongst its kin while you can, then. Colasacco certainly enjoys driving it and seems keen to continue realising its potential, foreseen by Il Grande John all those years ago.