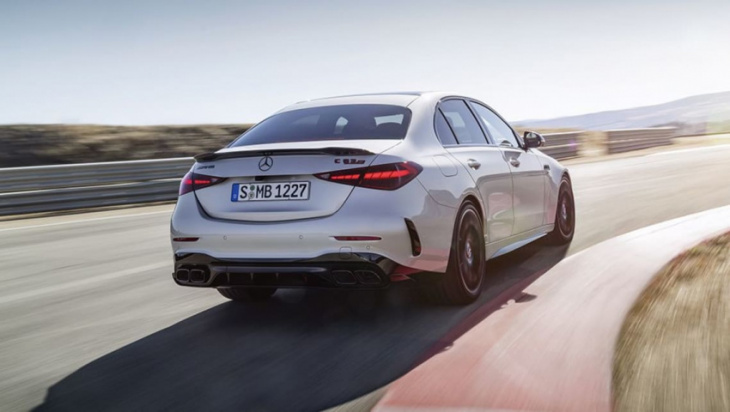 No V8? No problem! The new C63 uses hybrid power to take down its rivals.

The 2023 Mercedes-AMG C63’s lack of V8 has divided fans of the badge and left many undecided on their feelings about a techy four-cylinder hybrid taking over from a twin-turbo bent-eight brute.

What can’t be denied is that the next AMG C63 (dubbed E Performance) is going to be fast. Mega fast. And the specs we’ve seen from it means it puts some absolute titans in the rear view mirror.

The engine alone, borrowed from the likes of the AMG A45S (where it made 310kW and 500Nm) and codenamed M139 (M139l in this case to signify being mounted longitudinally), makes 350kW and 545Nm according to Mercedes. For the C63 E Performance, it gains a 400-volt electric turbocharger based on those used in Merc’s F1 cars.

When the M139 was revealed it was the world’s most powerful road-going production four-cylinder engine. This, plus the help of a hybrid system and electric motor adding more power to the rear axle, means the new C63 leaves other four-pots in a very strong wake.

The addition of its electric motor and the higher tune the M139 engine gets for the C63 means the total outputs of the new Affalterbach stormer reach 500kW and a frankly bananas 1020Nm. The outgoing C63 S made 375kW and 700Nm.

If you’re the kind of person who keeps a mental library of performance car stats in your head, you might know that’s not only rather impressive, but puts the new C63 above some fairly legendary cars that aren’t traditionally rivals. Such as… 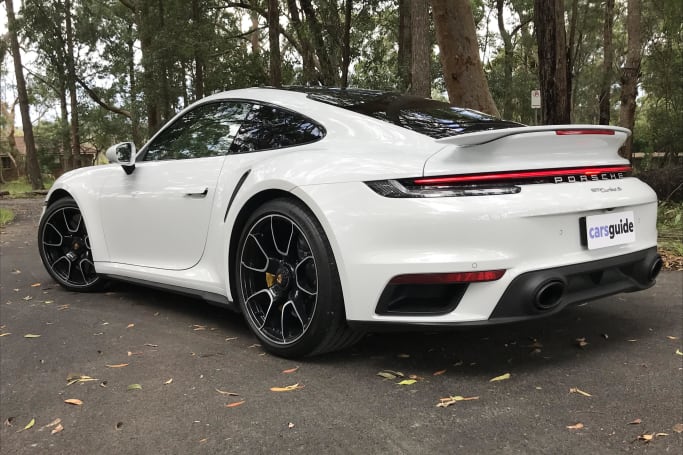 Yep, Stuttgart’s sports car that one day stepped into supercar territory might be one of the most usable exotic motors of all-time, but the 2023 AMG C63 seems to have it thoroughly pipped for power and torque.

With 478kW/800Nm, the 911 is down a relatively small 22Kw on the incoming C63’s expected power, but doesn’t even come close with its torque figure.

The 911 also lacks the instant torque delivery of electric motors, which means at the strip, the AMG is a proper threat. 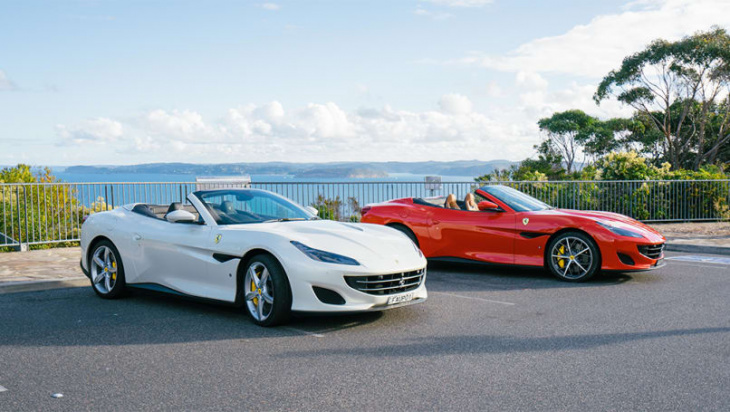 This new convertible model looks so much better than the California did.Okay, so it’s Ferrari’s entry model, but if you bought a car that wears the prancing horse and were shown up by a turbocharged four-pot, maybe you’d feel a little hard done by.

Just 441kW means it’s well down on power from the AMG, but a twin-turbo 3.9-litre V8 puts out a healthy 760Nm. It beats the old C63 convincingly, but the new one sends it packing back to Maranello.

Its 3.5-second sprint to 100km/h is respectable, but with only the rear wheels being driven, it’s not likely to match the launch traction of the all-wheel drive C63.

Another Italian, and one you might think has the big numbers covered, this time from Sant’agata Bolognese. This raging bull has a 5.2-litre V10 heart that makes… 470kW and 565Nm.

It turns out a naturally aspirated engine sounds great and responds well to throttle inputs, but just can’t quite match forced induction and electrification for stats. 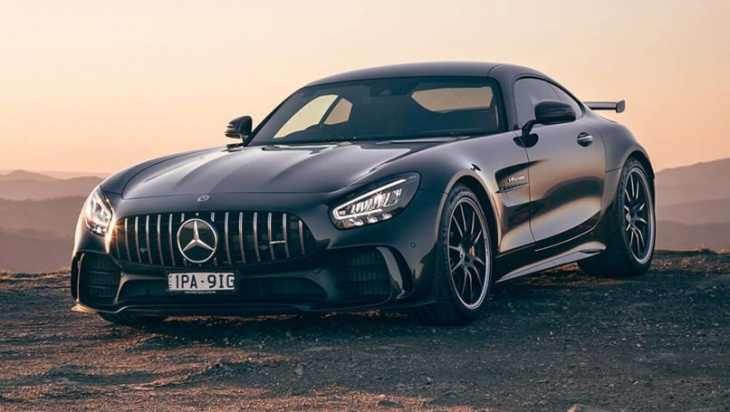 That’s right, even within AMG’s own stable, the newcomer beats the king.

The M178 V8, AMG’s twin-turbo 4.0-litre unit, is very closely related to the outgoing C63’s M177. It should say enough about the hybrid four in the new C63 that AMG is moving on from the engine that basically powers its halo model.

In the GT R, it makes 430kW and 700Nm, which is nothing to scoff at, but is simply left behind by its incoming cousin.

Keyword: The cars the 2023 Mercedes-AMG C63 outmuscles proves hybrid is the future of performance