And for those who enjoy Sports Activity Vehicles 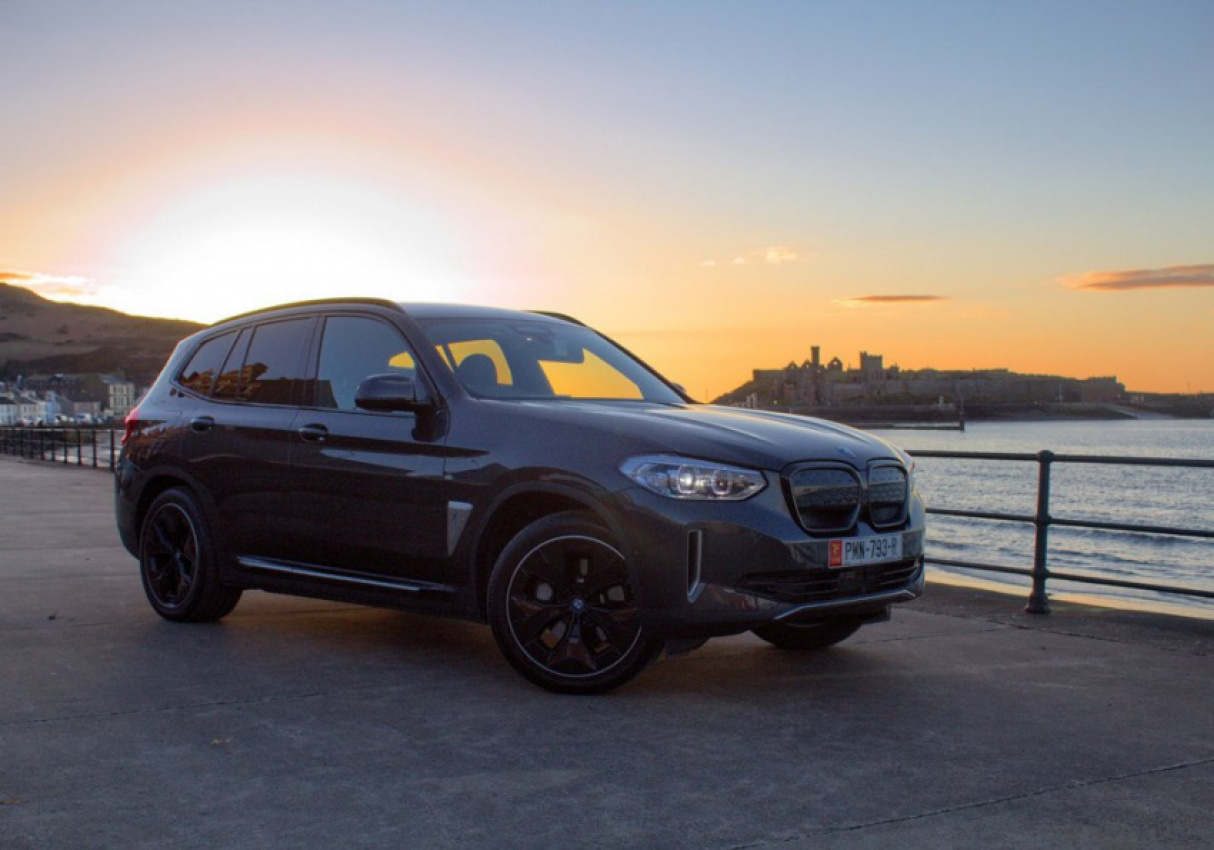 The BMW iX3 does not look like it could be an electric vehicle. PHOTO BY FRANK SCHUENGEL

A while ago, we wrote about how the BMW iX3 would be the first car from the Bavarians to be built in China for domestic and export sales. The change of manufacturing location from Germany to the Big Red Country up north potentially means cheaper prices when this electric sports activity vehicle finally hits our shores. To see if it’s worthy of your attention and hard-earned money, we took one for a drive recently, and to tell you the conclusion up front: This might just be the electric car for people who don’t want to drive one.

Electric vehicles are still a bit of a novelty in the Philippines, and with the iX3 not available locally yet, we had to source one from further afield. The version we put through its paces was the Premier Edition UK model, and we tested it on the mostly speed-limit-free roads of the Isle of Man. In Britain, this version is available for around £60,000 (P4,134,000). For that amount of cash, you get a midsize electric SAV with 286hp and 400Nm, and one electric motor driving the rear wheels. Unlike the i3 or the iX, however, you don’t get a super futuristic design or a spaceship-like passenger cabin. This is just a normal X3 that happens to run on batteries, and that’s the greatest thing about it. 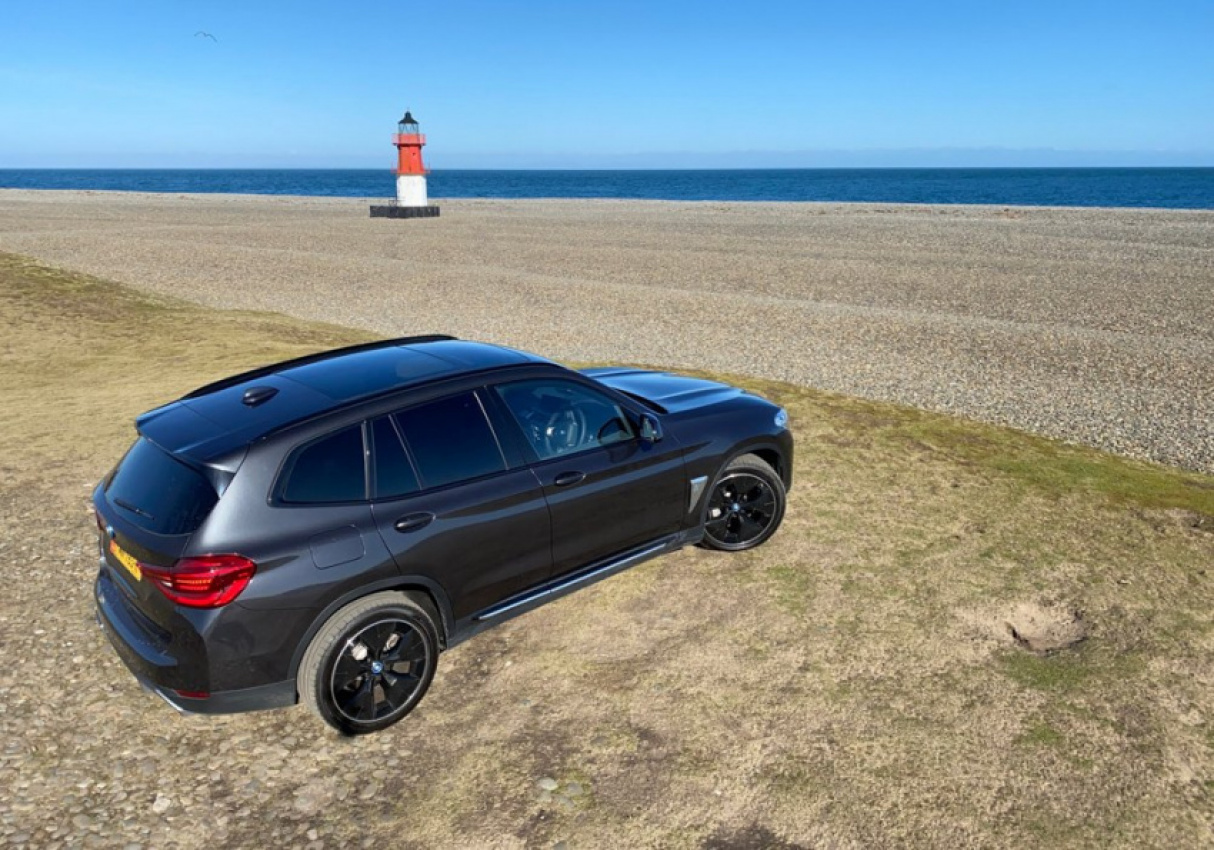 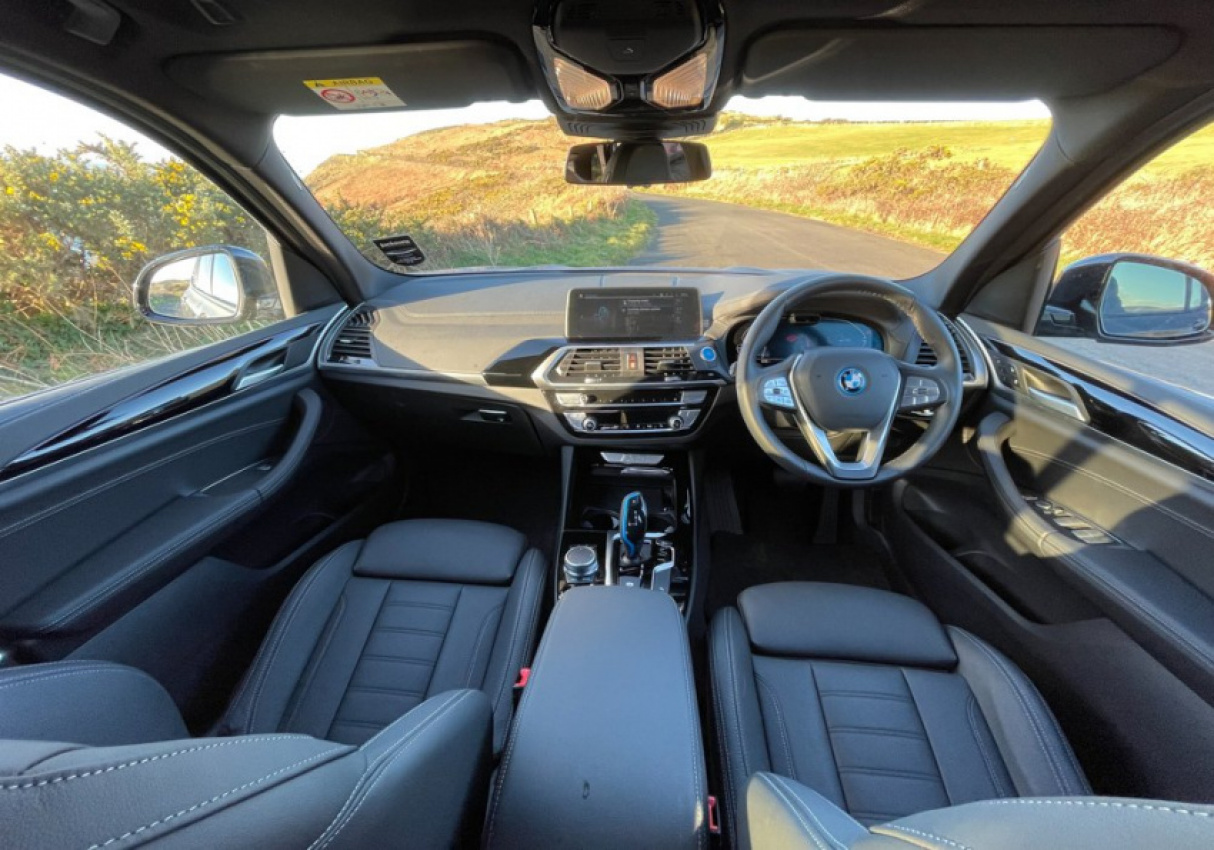 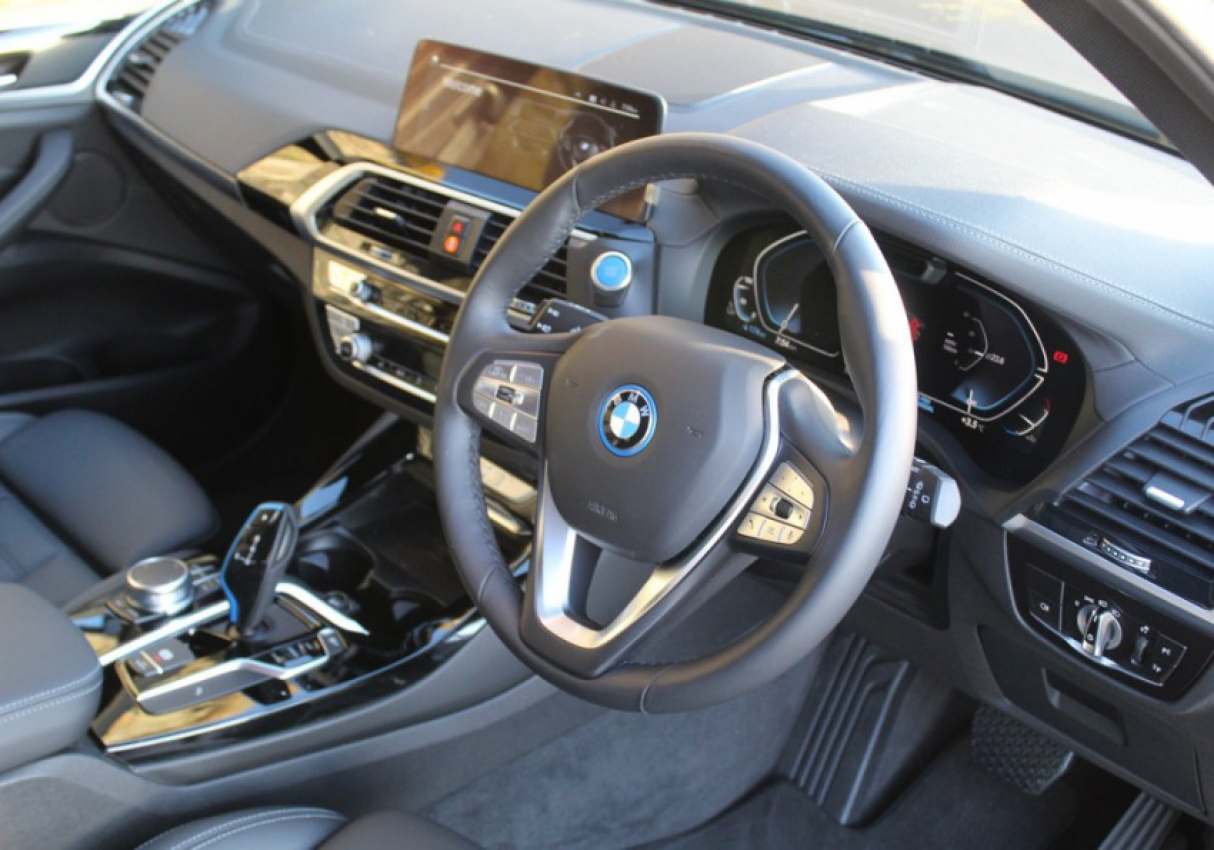 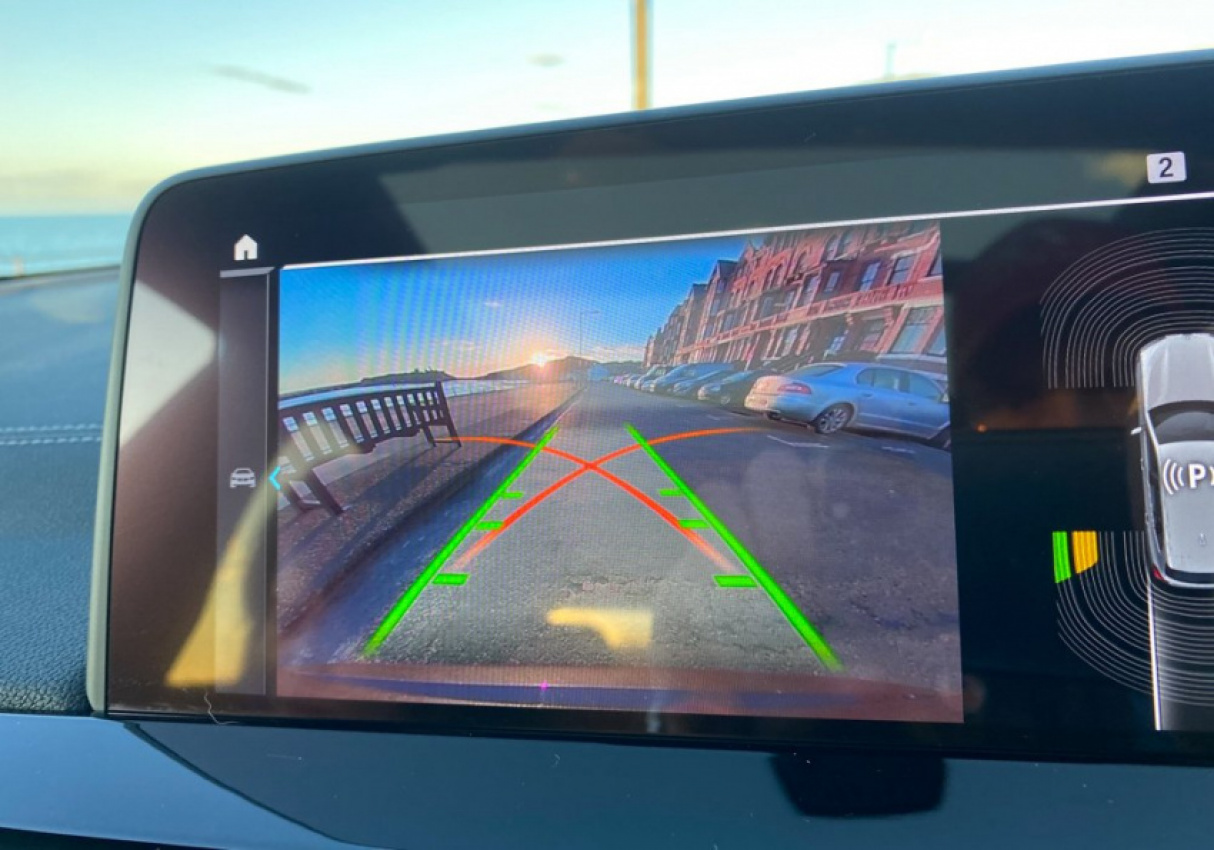 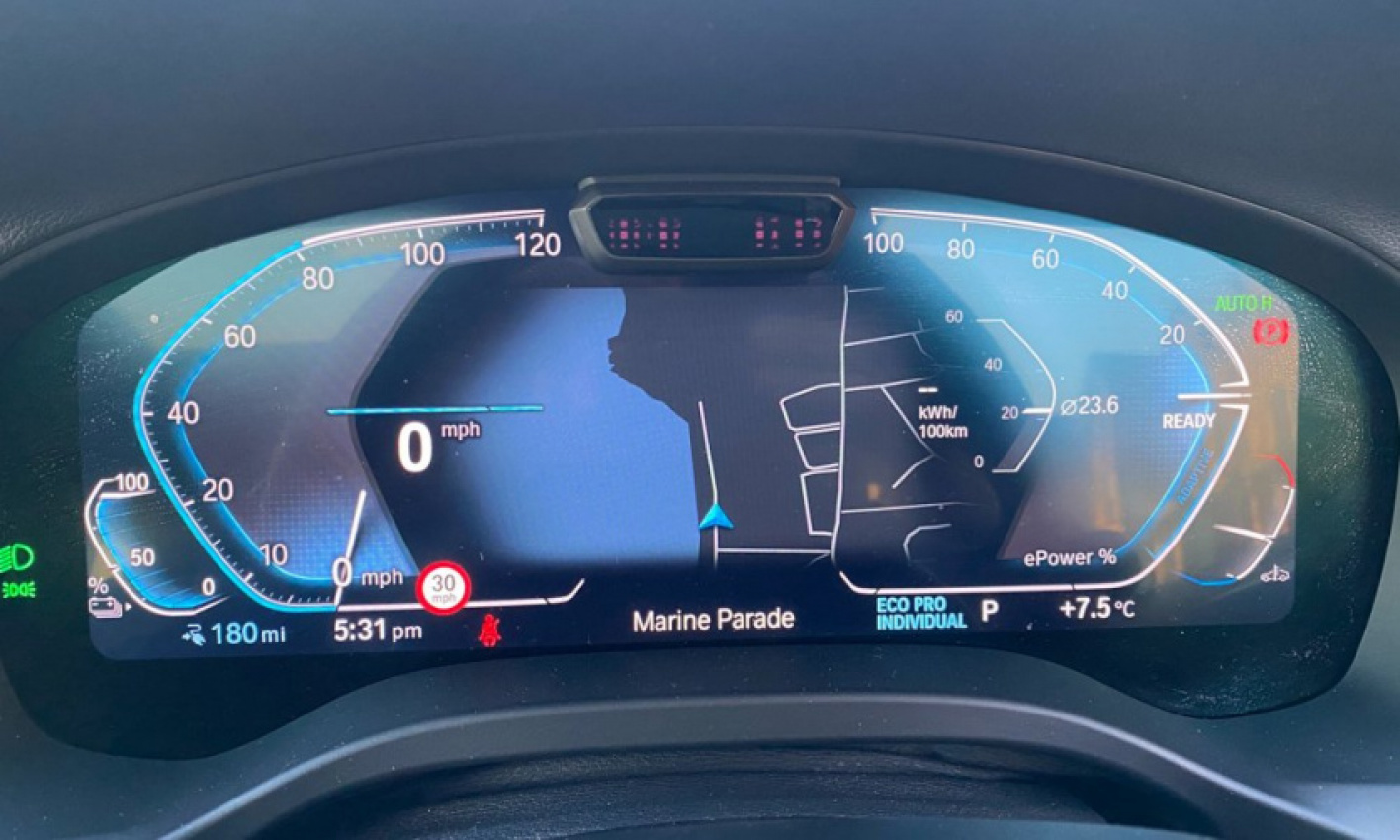 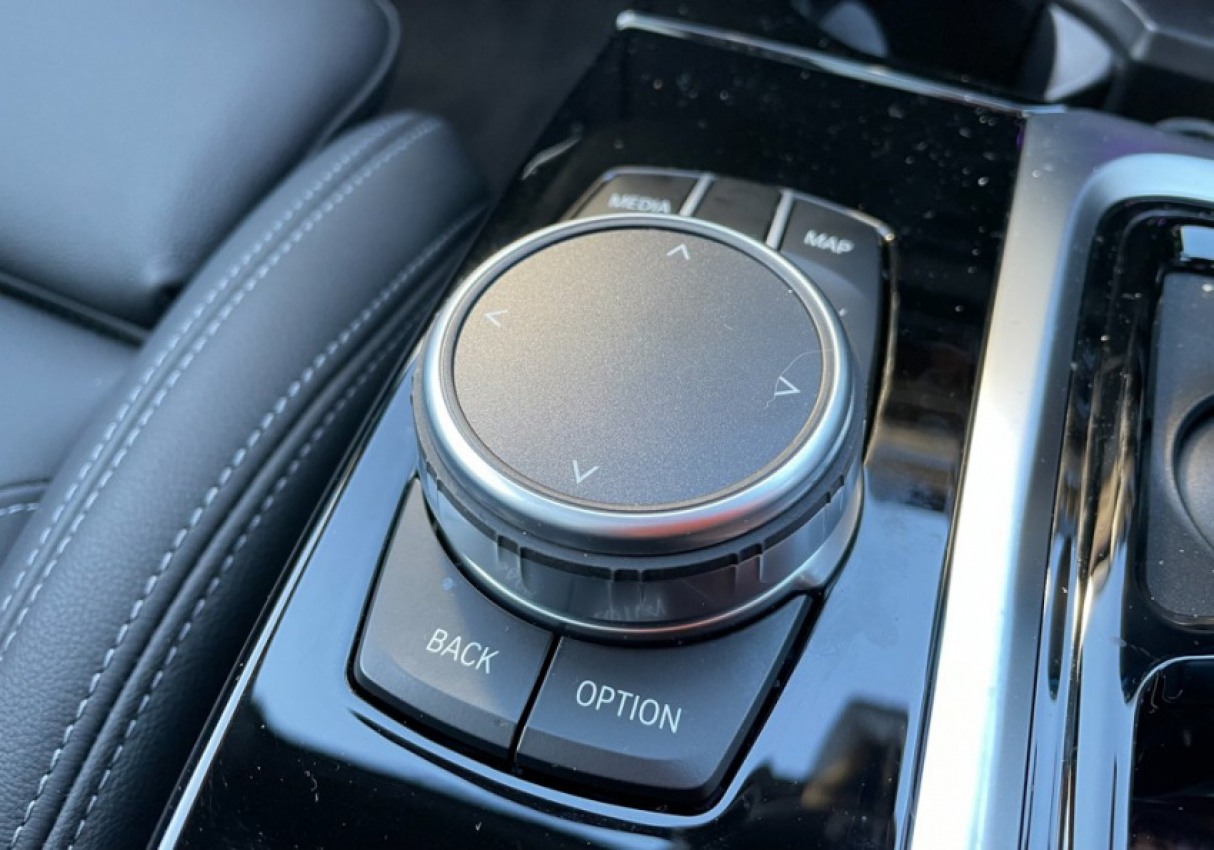 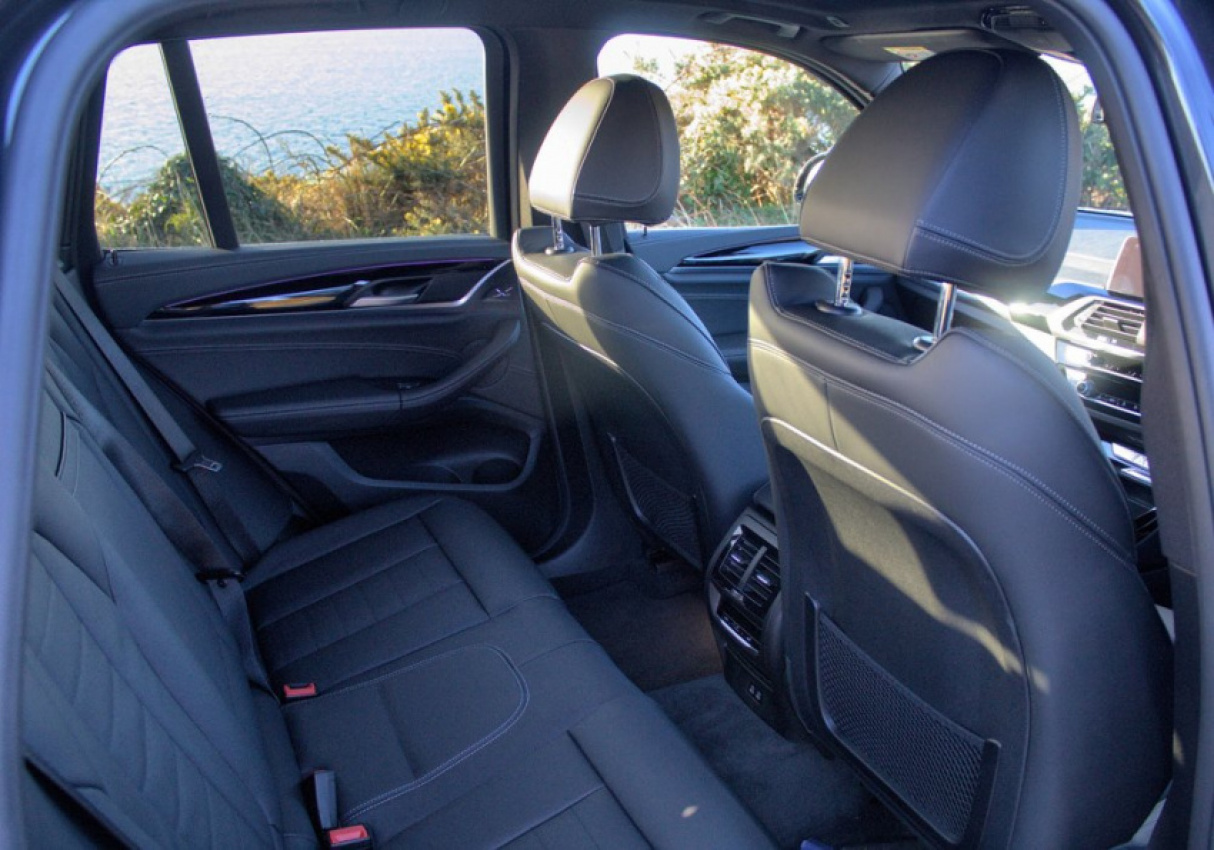 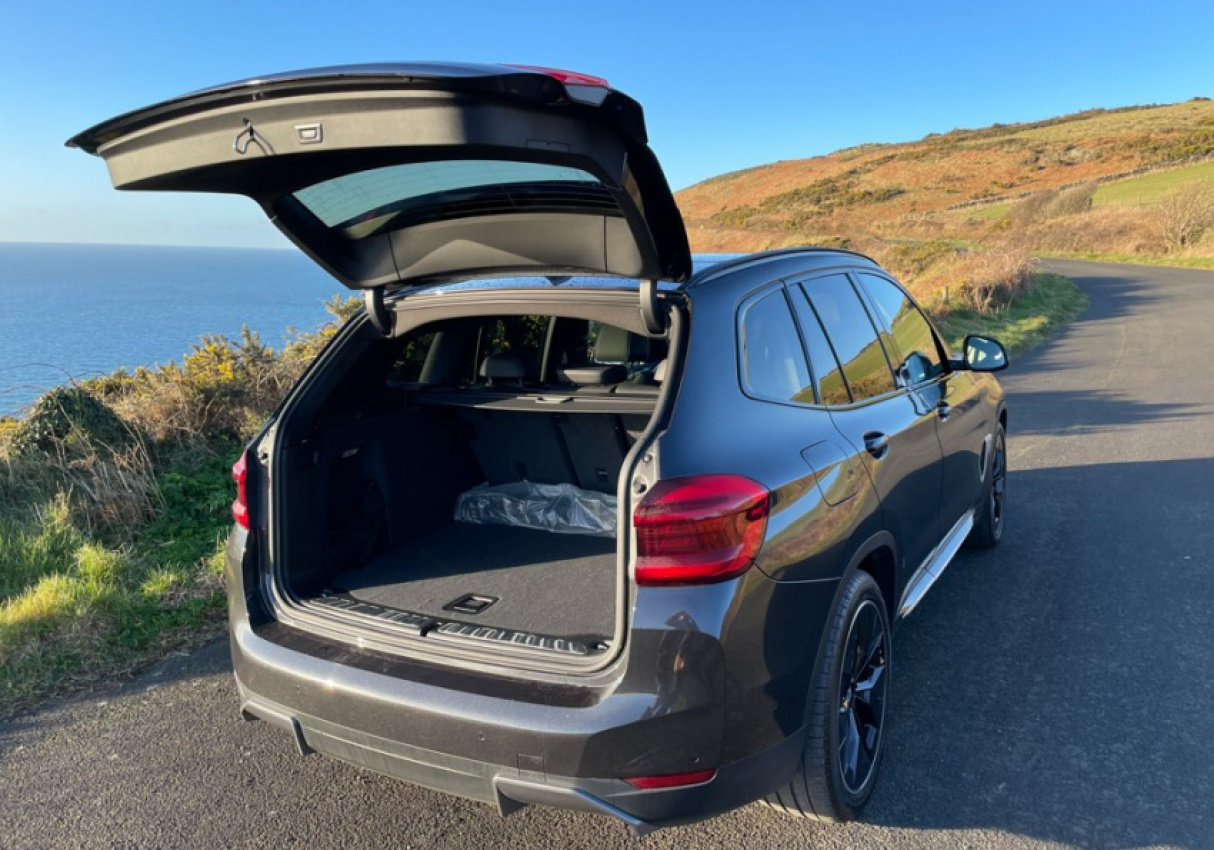 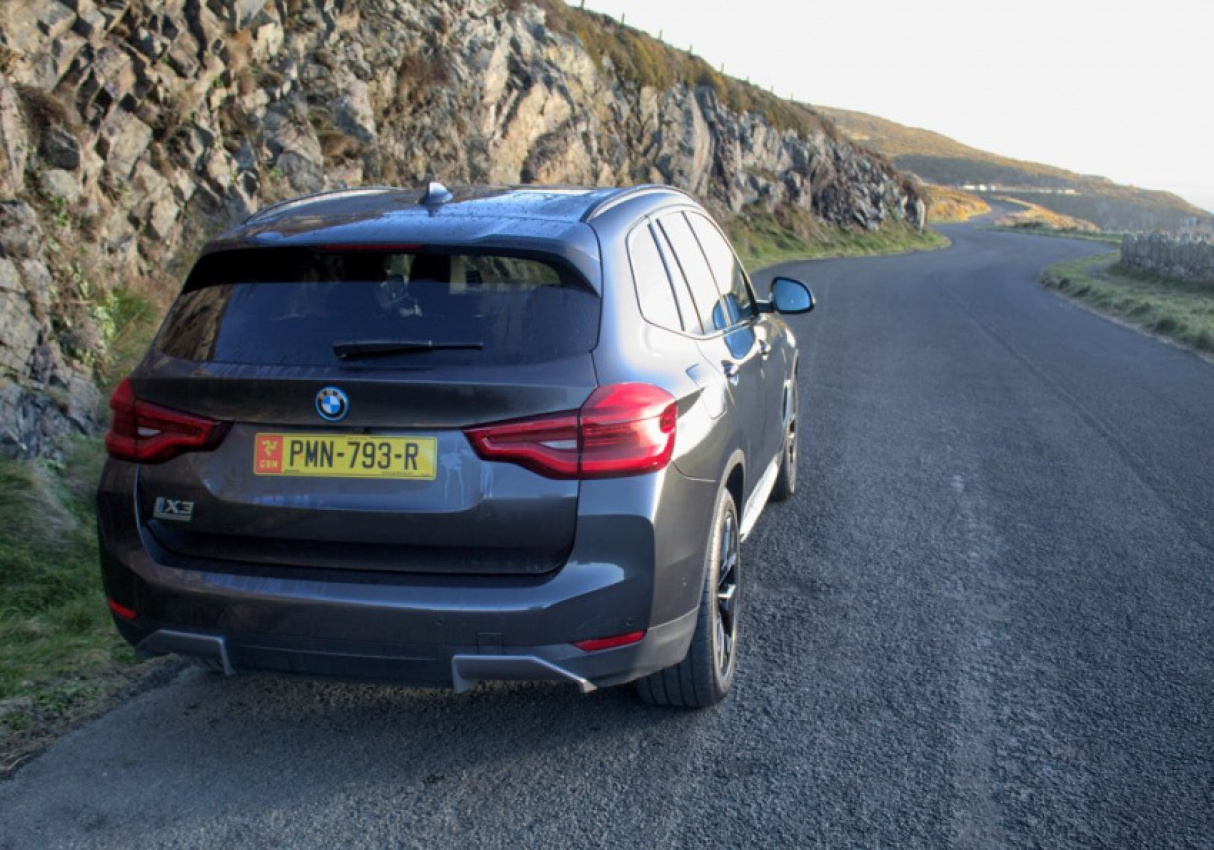 This is a proper BMW vehicle—in looks, design and overall ride performance. It just happens to be an EV. PHOTO BY FRANK SCHUENGEL

There’s every chance you would walk past this car and never realize it’s electric. Even better, jump behind the wheel and set off in the default setting, where the usually strong regenerative braking feature is dialed right down, and you still might not feel like you’re driving an EV. The automaker has clearly designed this automobile for buyers who don’t like experiments and just want the usual BMW experience. People who want a high-bodied, premium family car that doesn’t require a degree in automotive engineering to get your head around, or that attracts too many interested looks when stopped at a traffic light.

That’s not to say this is a boring car. Quite the opposite. Zero-to-100km/h is done in a little over six seconds, but it’s not off the line where this machine feels fastest. Like almost all EVs, it has no gearbox and comes with the typical linear acceleration that makes these cars so much fun. Switch to Sport mode, stomp on the accelerator and enjoy being pressed into the seat while the number on your dash rockets up to three figures. Top speed is limited to 180km/h, which is a meaningless figure as most fun can be had at much lower speeds. Overtakes on narrow country roads are a doddle, and the way it delivers power and speed in quick bursts will keep you smiling like a child in a sweetshop. 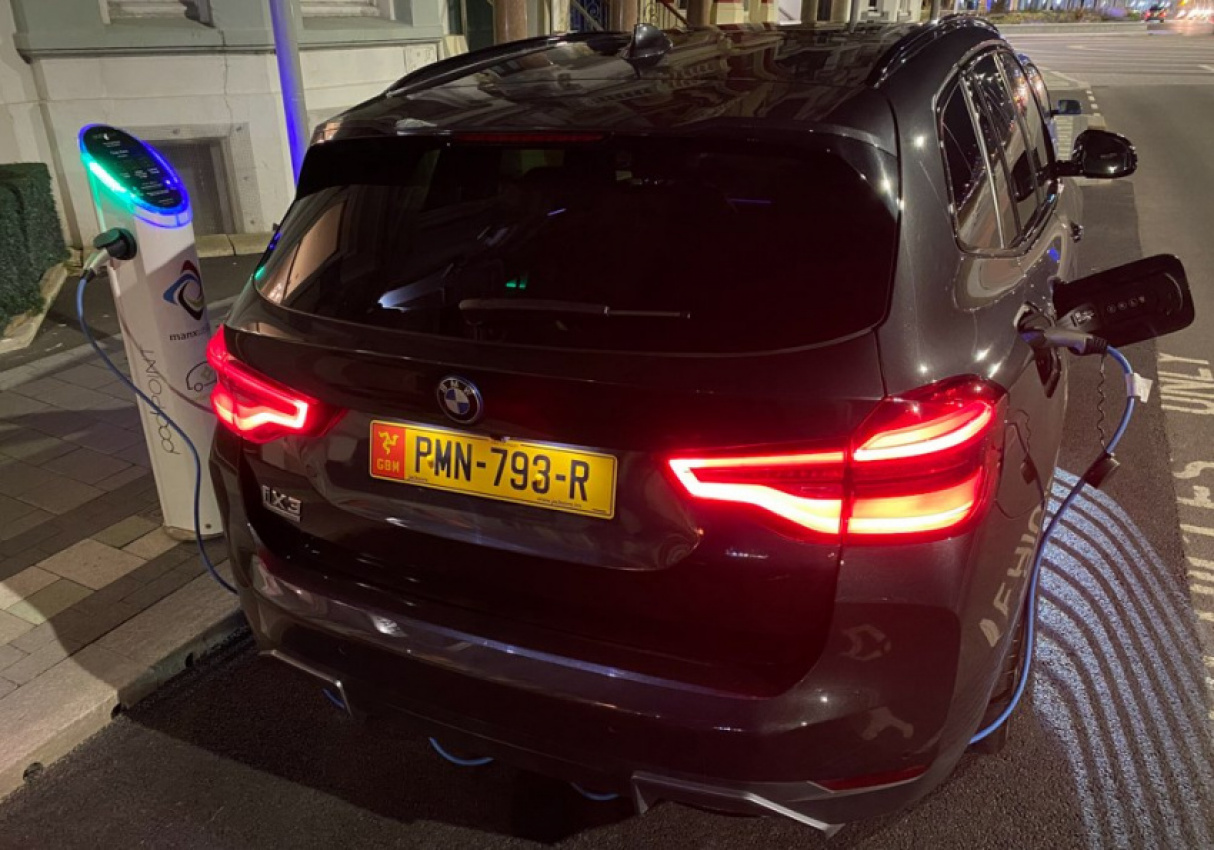 Since the author stays in the Isle of Man now, there is no scarcity of charging ports. PHOTO BY FRANK SCHUENGEL

Being a bit of a skeptic when it comes to cars built in China (I am from Bavaria after all), the build quality naturally attracted my special attention. This is a premium car with a premium price tag, and the finish must reflect that. Electric vehicles have to be better built than internal-combustion-engine cars anyway, as there’s no engine noise to mask any rattles or squeaks. Even on some of the bad roads around here, the iX3 performed well, and points like panel gaps and cabin finish stood up to scrutiny, too. As a result, nothing will distract you from the Hans Zimmer-composed soundscape that comes as standard on this model, and the comfortable leather seats and the massive panoramic roof make the cabin a pleasant place to be in.

Range is always a hot topic with EVs, especially for buyers who are new to the field and are still suffering from range anxiety. The iX3, with its 80kWh battery pack, claims up to 460km of range per charge based on the WLTP (Worldwide Harmonized Light Vehicles Test Procedure) cycle. In real life, it’s likely a little bit less, but in any case, it’s plenty enough for everyday driving. Charging can be done with a Type 2 cable at home and on slower public chargers—or with the CCS (Combined Charging System) format connector on rapid chargers. If you manage to find a 150kW one, then 100km of range can be added in just 10 minutes.

There are many reasons why switching to an EV is a good idea. The need to reduce harmful emissions in our cities is a big one. Lower maintenance bills and a much more relaxed driving experience being two more, and ever-increasing petrol and diesel prices are also getting a lot of people to rethink how and what they drive. If you are about to make the jump to electric, then you could do a lot worse than the iX3. It’s roomy, fast, comfortable and, best of all, it’s a proper BMW. The only person who won’t like seeing this car on your driveway is your gas station attendant, but you’ll forget about him in no time. Promise.

Just weeks after its global debut, BMW Malaysia has dropped a not-so-subtle teaser of the 2023 BMW XM PHEV on its website, suggesting that the local introduction of the M division’s first PHEV is definitely heppening. Besides being the first ‘M’ PHEV, the 2023 BMW XM is the first ...


View more: Heavier than a Cullinan, the 683 PS/800 Nm BMW XM PHEV is set to launch in Malaysia soon

One thing that I can never get enough of is the stock exhaust of the B58. BHPian mobike008 recently shared this with other enthusiasts. It’s been a month now since my last update. Things with Blau Rakete is absolutely smooth and there are zero issues (touchwood). It works like ...

Project EJ36 has finally come to an end (at least for now), but Eu Jin believes there is one last thing to do to “perfect” it. This time around, he bought a pair of bucket seats to fit into his BMW 3 Series project car. Bucket seats give you ...

It’s confirmed: the all-electric BMW iX3 is coming to the Philippines. After the success of the trailblazing BMW iX launched last April , SMC Asia Car Distributors Corporation is growing its EV family with the mid-sized iX3 Sport Activity Vehicle. Unlike the flagship BMW iX, which rides on a ...

BMW of North America established a new quarterly benchmark in the third quarter, delivering 4,337 battery electric vehicles. The automaker is expanding its EV portfolio, expecting to boost sales even further with the BMW i7, set to arrive at US dealerships in the fourth quarter. BMW achieves strong Q3 ...

The cost of insurance and gas for a BMW can be higher than you’re used to General maintenance on a BMW isn’t too bad if you can do the work yourself What’s the most reliable BMW? If you have been looking to purchase a used BMW, you have likely ...


View more: How Much Does It Cost to Own a Used BMW?

One of the most beautiful things to savour in the performance car world, is when a manufacturer takes a ‘less is more’ approach. That’s exactly what Smit Vehicle Engineering in the US has done with its stunning Oletha sports coupe. See, it normally comes with a singing BMW V8. Now, ...