The 50th year of BMW M ends with a manual transmission and an inline-6. 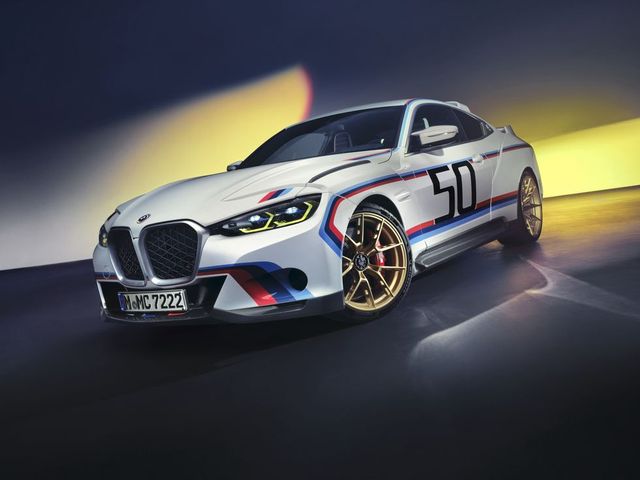 The 50th anniversary of BMW M has been packed with tributes. There are returning paint colors, there is a new high watermark for the current BMW M4, there is even a new top-level sports car racer set to take on Daytona and Le Mans. It all peaks with this: a new 3.0 CSL, a 1-of-50 tribute to the brand’s first great performance car.

The new 3.0 CSL finally realizes what the company began with the 3.0 CSL Hommage concept in 2015, a modern interpretation of the ultimate form of the E9 coupe. The original CSL was a grand tourer turned into a homologation special, a prototype for the modern M designation that eventually grew two wings on the road to better support the race car that won Sebring overall in 1975. 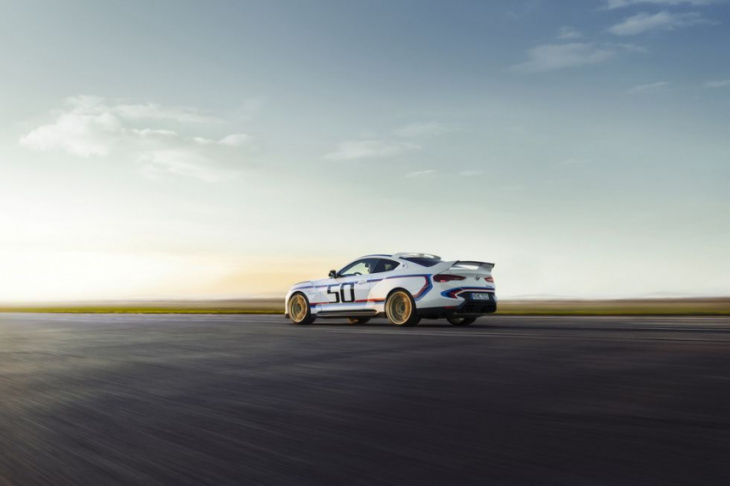 Race-ready CSLs were finnicky and overwhelmingly powerful things driven to glory by Hans Stuck. The road-going homologation specials were grand tourers, even after the team that became BMW M stripped out the sound deadening and other luxuries that are hallmarks of the category. Variants without the paired “Batmobile” wings are elegant, rather than aggressive. The modern CSL’s design skews more toward the racing car, with pronounced fenders and those famous stacked wings working together on the roof and decklid.

While the car still sports the massive kidney grills one might expect from a modern BMW, their shape harkens back to the E9’s vertical grilles. Yellow laser LEDs, like those on the M4 GT3 race car, create the silhouette of the E9’s dual headlights. The striped livery is not just a throwback to the scheme factory cars were raced in but to the way racing cars were painted when the original CSLs raced; both the paint and the stripes are applied mostly by hand. BMW says that adds up to 134 paint processes per vehicle. The car’s roofline suggests shared architecture with the current-generation M4, but BMW stresses that the car has been completely developed as a BMW M exclusive model. That means it earns a place alongside odd company; the only other two M-only models in the company’s history are the original M1 supercar and the upcoming XM SUV. 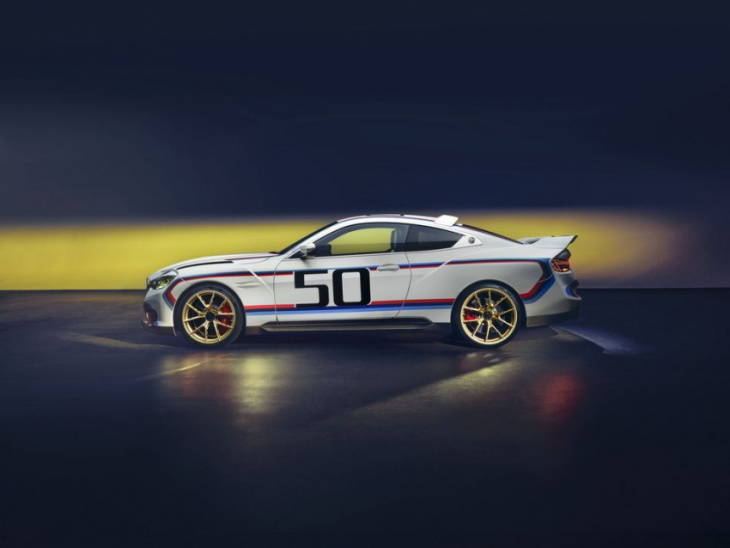 Power comes from the same turbocharged inline-6 you might find in the current M4, but output is up to a record 553 hp. BMW says that number is a record for its road-legal cars. It also is not far off the nearly 600 horsepower an engine from the same family produces in the M4 GT3 racing car. All 50 3.0 CSLs will feature six-speed manual transmissions. The car is available only in rear-wheel drive, with an Active M differential capable of locking up to 100 percent.

Pricing has not been revealed, but a rumor from BMW Blog when the car was first teased suggested a price tag of nearly $780,000.BMW is making just 50 of these, so do not expect to see them lingering on your local showroom floor.