Honda’s HR-V SUV has only been on the market for a few years. While you can find a new version on dealerships right now, these are some of the best used Honda HR-V years to look for. Plus, one year of the Honda sport utility vehicle that you can skip. 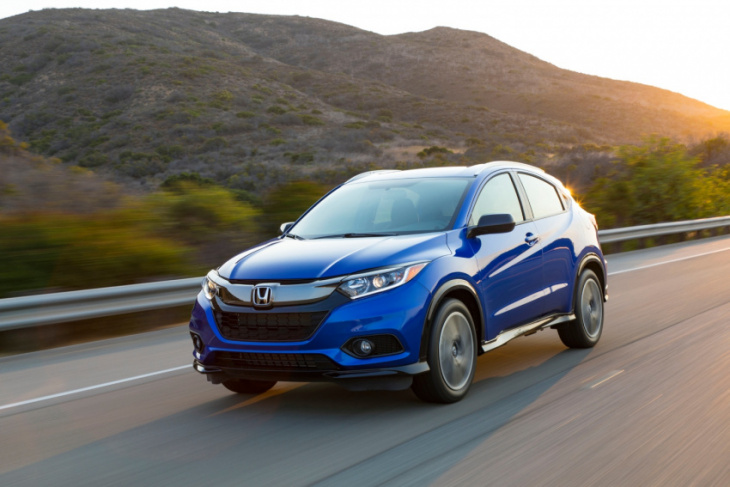 When Edmunds had the chance to review the 2020 version, the Honda HR-V had plenty of positives to report on. This SUV offers a pretty roomy cabin, plenty of space for cargo, and above-average fuel economy. Edmunds also notes that the HR-V has excellent visibility.

As this is a pretty modern SUV, Honda included plenty of safety features. Honda Sensing includes adaptive cruise control, forward collision mitigation, and lane keeping assist. Lane departure mitigation is also a standard safety feature on this SUV. On the HR-V Sport trim and above, Honda included Apple CarPlay and Android Auto. The Insurance Institute for Highway Safety (IIHS) gave it many high scores on its crashworthiness tests.

Going back to its second year, the 2017 Honda HR-V received high scores from experts. The back seat is large enough for adults, and the cargo area has more space than its rivals. Edmunds noted that the fuel economy numbers and outward visibility are positives. Affordable, strong, and safe are some of the other attributes given to the 2017 HR-V.

Some safety features that impressed Edmunds were Honda LaneWatch and the Multi-Angle Rearview Camera. Honda LaneWatch helps reduce blind spots by displaying an image on a touch screen. The Multi-Angle Rearview Camera shows several angles to help with reversing and parking. Plus, the National Highway Traffic Safety Administration (NHTSA) gave the 2017 Honda HR-V a five-star rating for safety.

The HR-V hit the market in 2016 and still received positive praise for its comfortable interior and excellent visibility. Edmunds notes the touchscreen is a bit finicky and takes some time to get used to it. The interface could use some work, and some quirks come with a first-year vehicle.

Some of the included safety features for the 2016 Honda HR-V include antilock disc brakes, stability, traction control, and extra airbags. The NHTSA gave it a five-star safety rating, but the IIHS gave the SUV mixed reviews on its crashworthiness tests. Overall, the best used Honda HR-V years came after this.

The best used Honda HR-V SUV years are easy enough to find, but don’t be afraid to expand your search a little. A dealership outside your immediate area might have a better selection and can ship the SUV for a small fee. A low mileage option with additional safety features will be your best bet.

Keyword: The Best Used Honda HR-V SUV Years: Models to Hunt for and 1 to Avoid