The Best Selling Lamborghini Ever May Surprise You

Lamborghinis are rare, right? They’re expensive, fast, exclusive vehicles that you shouldn’t see in every Neiman Marcus lot. Not anymore. Lamborghini has now says it’s made more than 20,000 Lamborghini Urus SUVs in four years, easily making it the most successful vehicle the manufacturer has ever produced. What makes the Urus so special, and will the competition dethrone it?

20,000 Urus models delivered in only 4 years since its launch. An ultra-stylish design, irresistibly lavish interior and outstanding performance were the keys to this record-breaking success.#Lamborghini
CO2 Emission and Fuel consumption combined: https://t.co/MLO6PI23fq

When the Urus came out purists scoffed, “How could they!” Since the 1960s Lamborghini has been famous for making low-slung, expensive, and fast sports cars. Sure, the company has toyed with making some four-seat GT cars, but those remained true to Lambo’s spirit with big V-12 engines and manual transmissions. Not many Lamborghini fans wanted to see a front-engine tall SUV with a turbocharged V8 in the front.

But let’s put that 20,000 production number in perspective. While the 20,000-unit mark in four years seems impressive, keep in mind that Ford sold 20,000 Explorers last month. So, while there may be more Urus SUVs around than any other Lambo model, combined, you can’t call Lamborghini a high-volume manufacturer.

The Lamborghini Urus is not just fast, it’s special 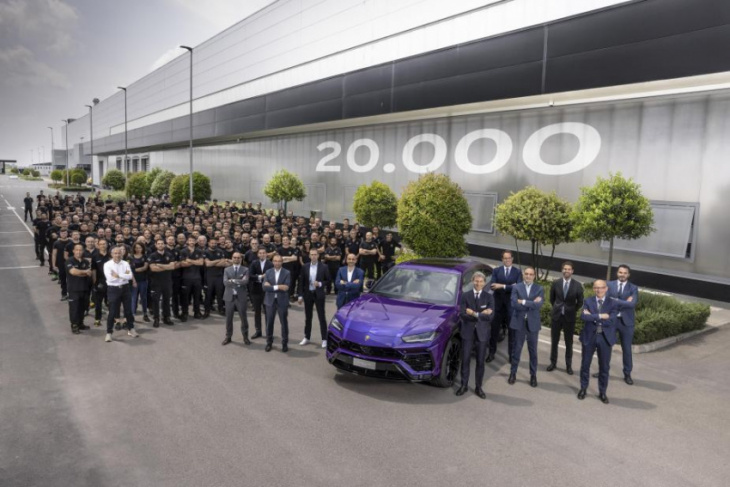 The Lamborghini Urus is not just a fast for an SUV, it’s fast for anything on four wheels. It can hit 60 mph in about 3.1 seconds, and tops out at 190 mph. That’s fast. It gets there thanks to its 4.0-liter twin-turbo V8 that makes 649 horsepower, and it has a power-to-weight ratio on par with sports cars. Also, it’s all-wheel-drive system makes sure each tire can put that power to the pavement.

The original Porsche Cayenne was the first performance SUV and it made a huge impact on the automotive landscape when it debuted. It looked weird, it was expensive, and it seemed like Porsche was abandoning its sports car base. Nobody wanted a four-seat, tall, front-engine Porsche with a V8. Or so we thought. 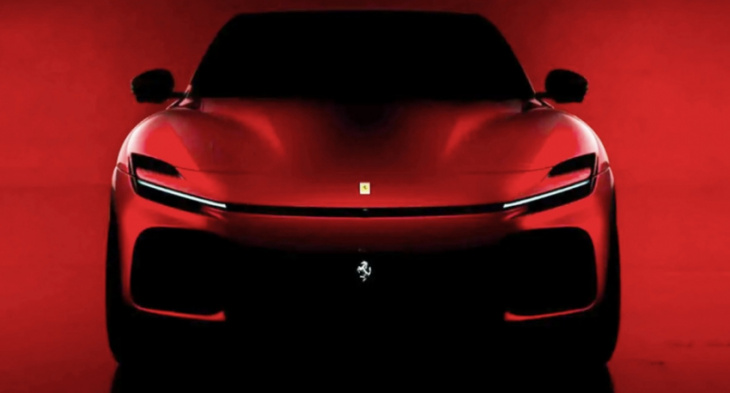 There’s no telling if Lamborghini can keep up the pace of selling Urus SUVs. Every other supercar manufacturer has taken notice and even Ferrari is making an SUV now. The current Urus set a new standard in the performance SUV class when it was launched in 2018. But by all indications, the new Ferrari Purosangue will, too. The Purosangue, or “pure blood” in Italian, will be Ferrari’s first SUV when it hits the streets. Ferrari is reportedly stuffing its big naturally aspirated V12 into the Purosangue. The Purosangue will seat four or five adults and likely have all-wheel drive.

Keyword: The Best Selling Lamborghini Ever May Surprise You

If you want a complement to your 911 Safari, take a look at Lamborghini.

Lamborghini Huracan Sterrato 5 minutes 58 seconds Welcome to the Lamborghini Huracán Sterrato, a rally-ready raging bull that could very well be the greatest Huracán ever. To make it capable off-road Lamborghini has added reinforced bumpers and side skirts, all-terrain tyres, skidplates, an inlet scoop at the top of ...

This Is the Off-Road-Ready Lamborghini Huracán Sterrato Fully Uncovered

This is our first look at the production Lamborghini Huracán Sterrato

You can't buy a new Lamborghini till 2024, they have a huge order bank - what recession aye?