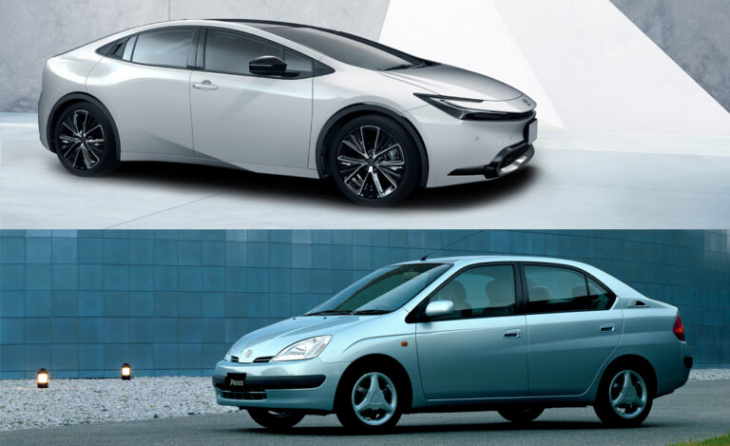 Toyota recently unveiled the latest entry in its well-known hybrid series – the next-generation Prius – which is expected to go on sale in 2023.

The Prius, which means “first” or “to go before” in Latin, holds two titles to its name, not just as the world’s first mass-produced petrol-electric hybrid, but also as the best-selling hybrid vehicle in the world with more than 15 million units sold as of 2020.

It has also undergone several changes over the years, featuring four generations launching in 1997, 2003, 2009, and 2015 respectively, meaning this new 2023 car will mark the fifth generation of the famous hybrid.

Changing with the times

The original 1997 model is barely recognizable from the Prius that most people associate with, as it was actually the second-generation variant that introduced the car’s distinctive “monoform” shape.

The 2023 iteration retains this core design principle, but has otherwise received a much sleeker profile to keep it looking modern and in line with other cars on the market today.

One key change is that the battery pack has been moved to be under the rear seats instead of the boot to provide a centre of gravity which, in combination with larger 19-inch wheels, leads to much better handling.

It also has the benefit of increasing the size of the boot, owing to the battery’s relocation. 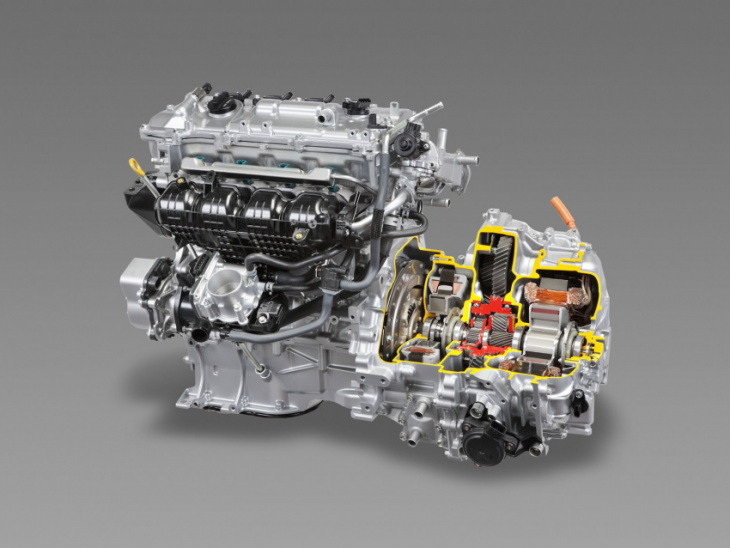 As for the all-important hybrid drivetrain, the original car utilized a 1.5-litre petrol engine with 43kW and 102Nm which was then hooked up to a 288V battery with its own 30kW and 305Nm.

Combined with a CVT transmission and front-wheel-drive, the end result of this mild hybrid system was a combined fuel consumption figure of 5.7l/100km which was outstanding for the time.

The second-generation model kept the 1.5-litre powerplant but managed to improve its output to 57kW and 115Nm, while also adding a larger battery with 50kW and 400Nm at its disposal, which ultimately led to improved fuel consumption in the realm of 4.9-5.2l/100km.

In 2009, the third model to bear the Prius name was fitted with a bigger 1.8-litre petrol motor with 73kW and 142Nm to its name, which was combined with a new 1.3kWh nickel-metal hydride battery to net a fuel return of 4.7l/100km.

This was also the time when Toyota started to explore the possibilities of plug-in hybrid (PHEV) models, with a Prius PHEV making an appearance at the 2009 Tokyo Motor Show.

A few years later, the fourth-gen sedan was launched with four-wheel drive on select models and a new 0.7kWh lithium-ion battery which boasted 40% more energy than the previous battery pack.

This battery was connected to the 1.8-litre powertrain and a new dual-electric motor system to produce an improved fuel consumption return of 4.4l/100km. 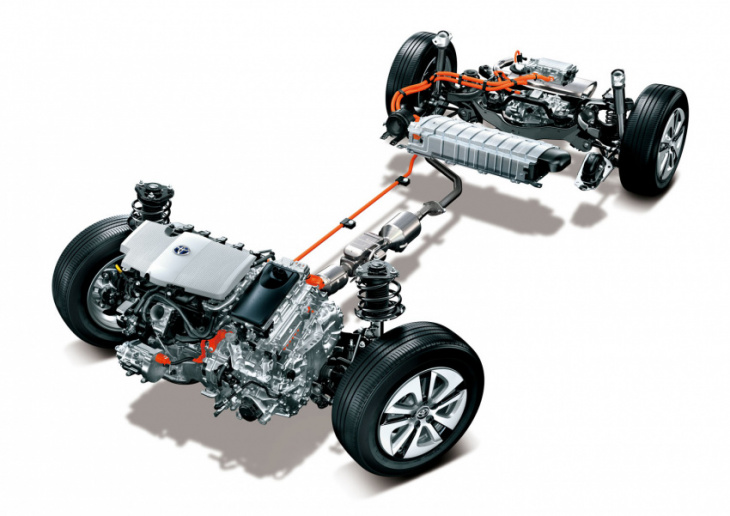 Enter the new fifth-generation Toyota Prius, which is set to go on sale next year.

This time around, the car will use brand’s E-four all-wheel-drive system and will sport either a mild or plug-in hybrid drivetrain, the latter of which consists of a 2.0-litre petrol engine and a lithium-ion battery powering an electric motor on the rear axle.

The combustion engine will have a power ceiling of 144kW, while the battery and motor are certified to produce 164kW.

Consequently, Toyota has said that the sedan is now able to sprint to 100km/h in 6.7 seconds and its all-electric range is 50% higher than previous plug-in entries.

Furthermore, the top-spec PHEV models, dubbed “Prius Prime”, will be equipped with a solar charging system that is capable of generating the equivalent of 1,250km of driving energy per year, according to the automaker.

Its fuel consumption, however, has yet to be revealed, though the Japanese carmaker has said it is at least 10% more efficient than the older models. 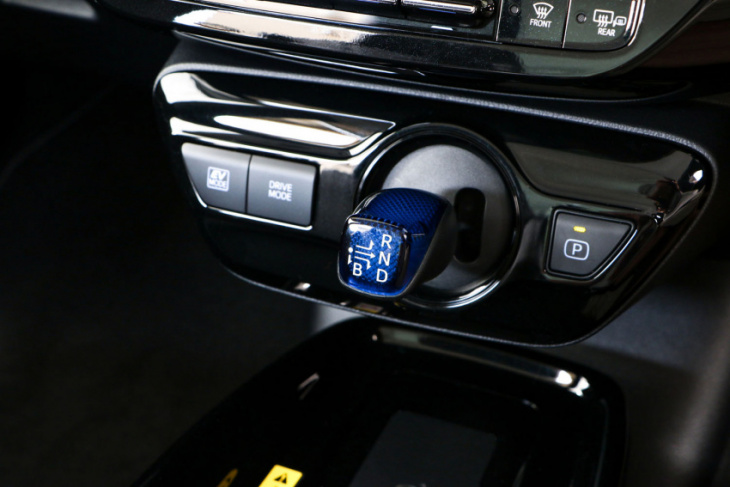 Initially, the semi-electric Toyota sedan was only sold in Japan before being made available to audiences worldwide in 2000, and since then, it has gone on to be sold in at least 90 different markets with the United States and Japan being the largest takers.

In the US, the Prius managed to strike a chord with several Hollywood celebrities who bought the car as a statement towards climate change, which ultimately helped to boost the vehicle’s profile as a ‘green’ solution years before companies like Tesla and electric vehicles as a whole really took off.

Even with the advancements seen in battery-electric vehicles in recent years, hybrids are still seen as a more affordable and practical solution to reducing emissions in several countries, and Toyota in particular has been expanding its hybrid line-up with models like the Corolla Cross, Rav4, Crown, Corolla hatch and sedan, and the new Prius.

Toyota has confirmed, unfortunately, that the local market will not be getting the new Prius. However, 2023 still holds the launch of at least one hybrid model from the popular carmaker, badged the Crown. 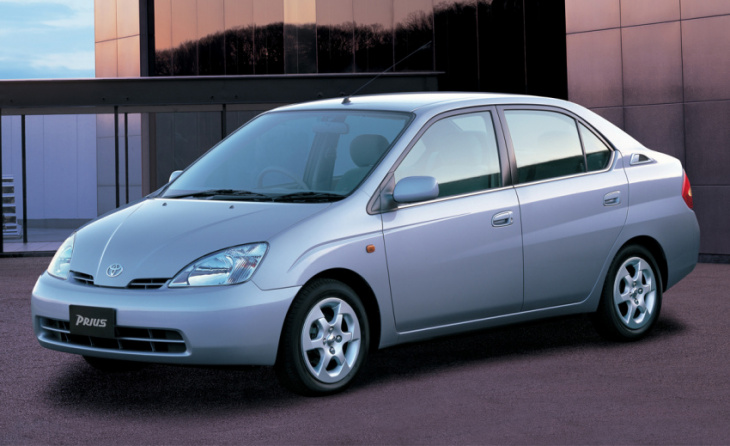 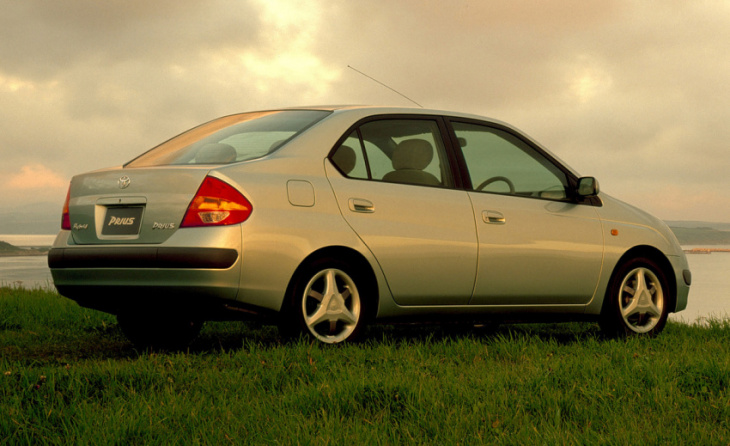 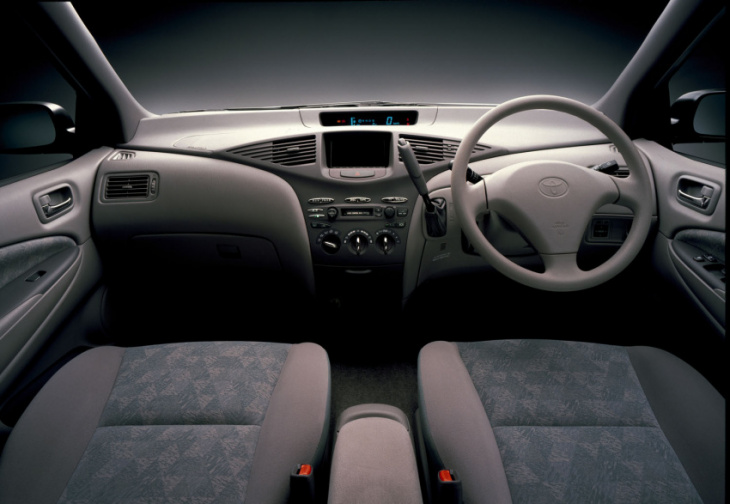 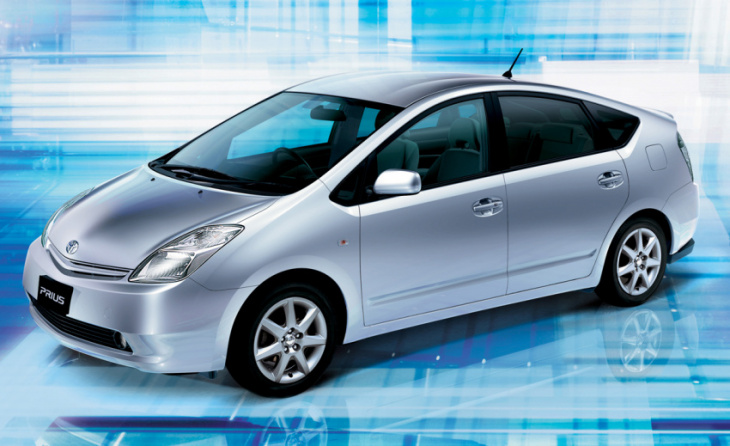 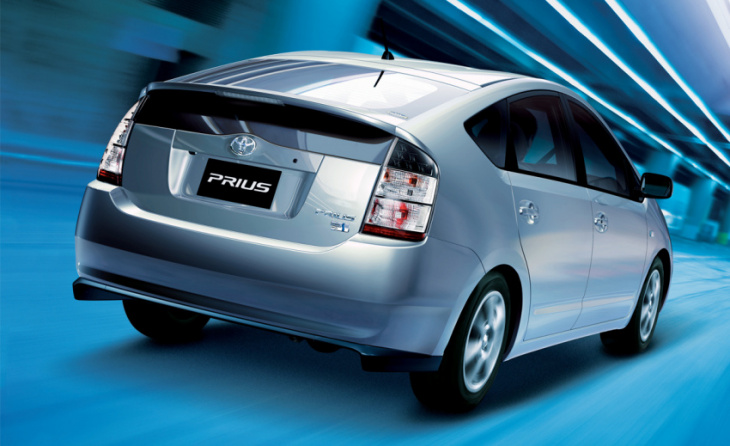 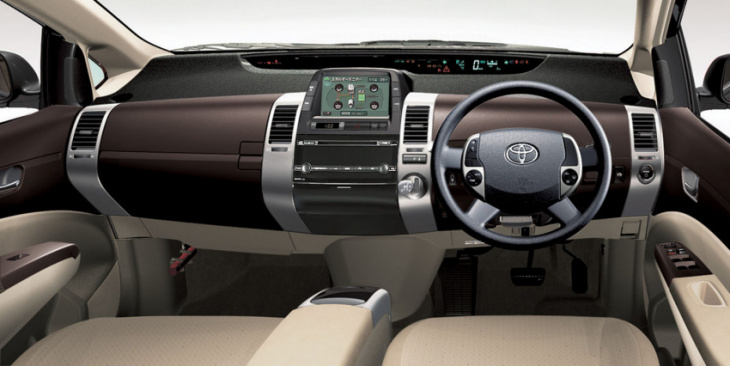 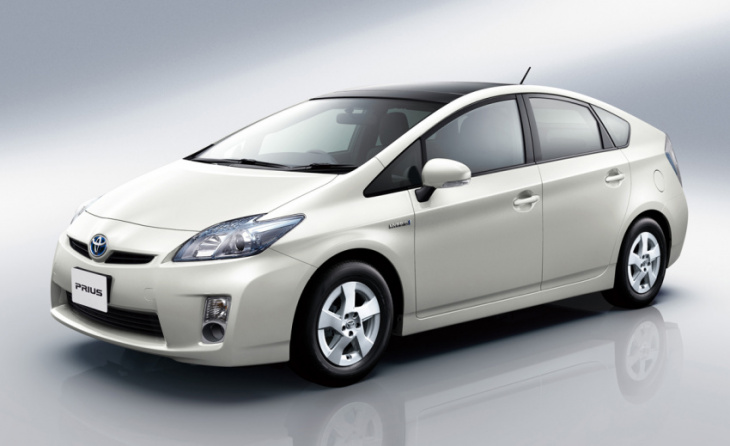 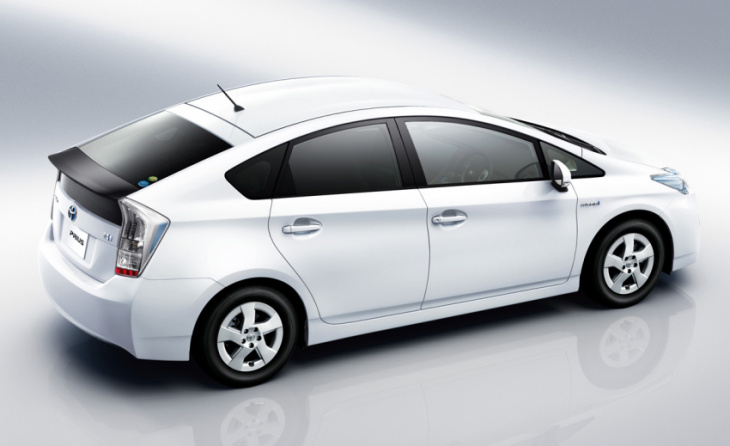 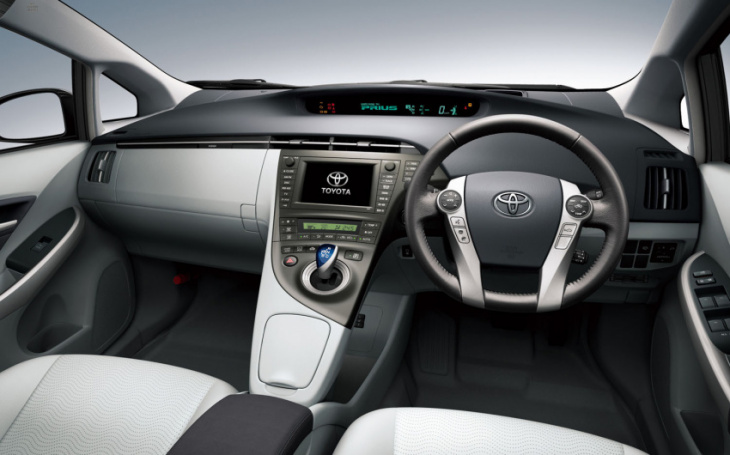 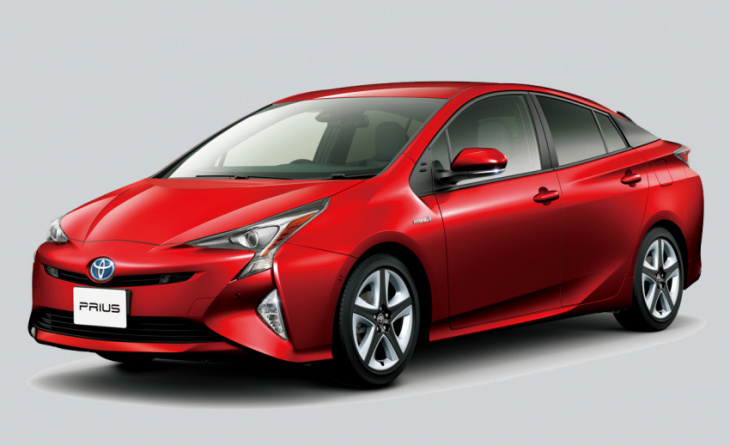 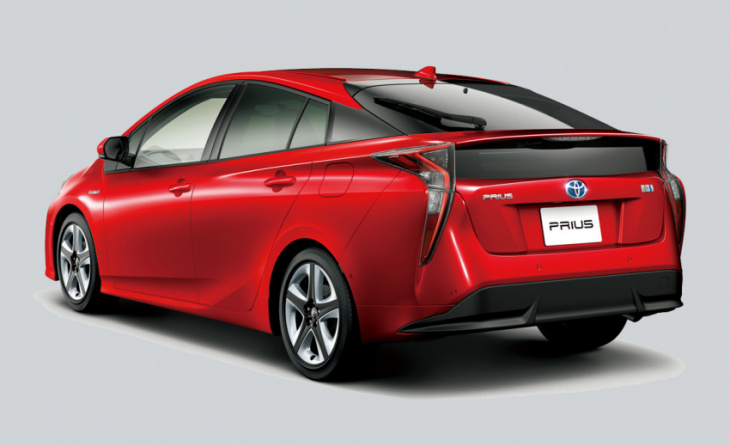 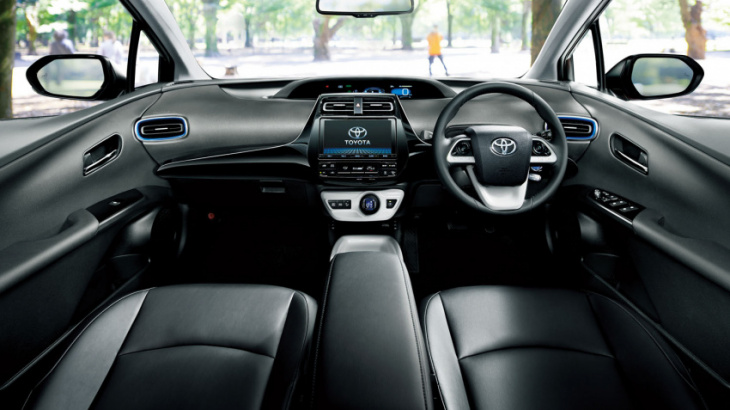 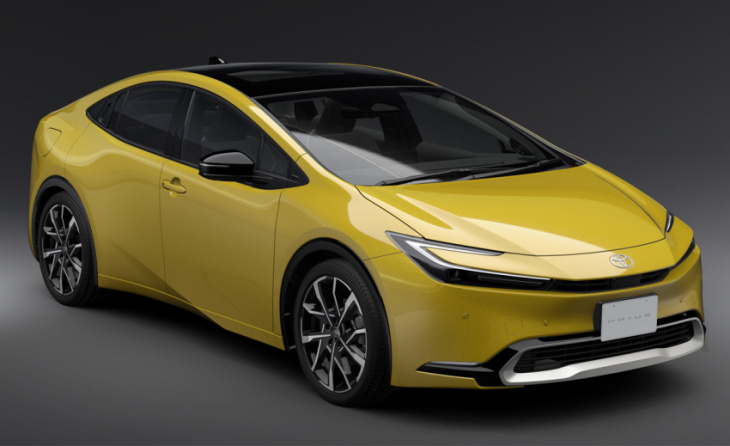 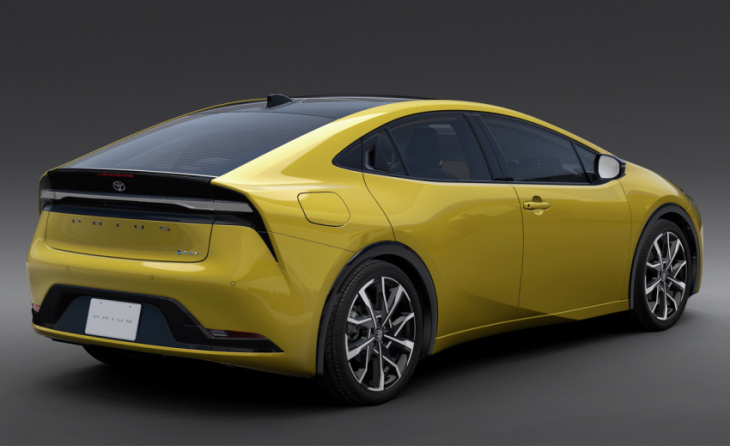 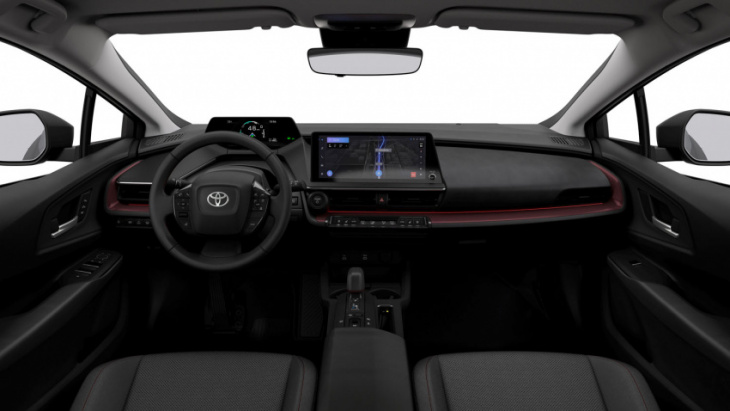 Keyword: The amazing evolution of the Toyota Prius over 26 years

How the Toyota Prius Became an Unlikely Racing Hero