The 2023 Toyota Sequoia Is Big, Brash, and Hybrid Only 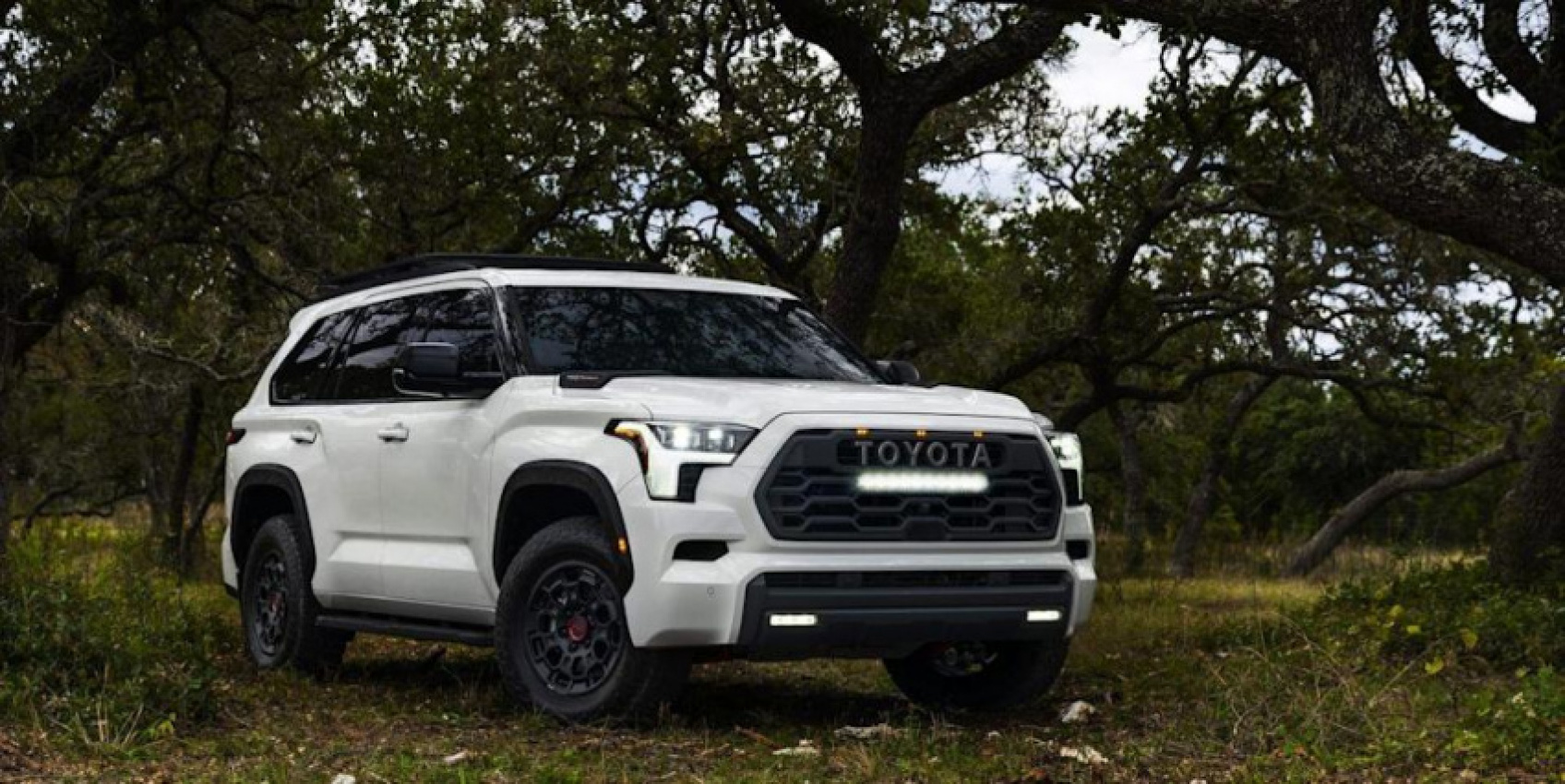 It’s the SUV named after a giant tree in an all-new third generation. A generation that looks a lot like the pickup truck with which it shares a Texas assembly line, that’s been rear-ended by a boxcar. It’s the 2023 Toyota Sequoia.

They should’ve named it the Eucalyptus. Just because.

Of course it’s the sport-ute version of the Tundra pickup. Of course it shares much with that pickup. That includes the ladder frame and suspension design, a lot of the sheet metal forward of the B-pillar, and the 3.5-liter twin-turbo V-6 engine and ten-speed automatic transmission. However, while the Tundra is available in strictly internal-combustion form, the Sequoia hits the market solely as a hybrid. And Toyota rates the I-Force Max hybrid powertrain at a combined 437 horsepower and 583 pound-feet of peak torque.

In the Tundra the hybrid system works transparently, with its nickel-metal hydride battery pack between the frame rails and under the bed. Here the cells are approximately beneath the third-row seat.

While its status as, apparently, the biggest and heaviest hybrid on the market is a bit surprising, it makes sense—this drivetrain distinguishes the Big Tree in the full-size SUV market. More surprising is that this generation Sequoia has dipped the second-gen’s independent rear suspension and reverted back to a solid rear axle. It’s an interesting move considering that every Ford, GM and Nissan body-on-frame full-size SUV now offers four-wheel independent suspension. But how many buyers even notice? The solid axle may also help the Sequoia achieve a stout 9000-pound tow rating.

Much of the engineering here is shared with the third-generation LC300 Land Cruiser that’s not sold in North America and the new Lexus LX600 which definitely is. The Land Cruiser’s epic rugged heritage was built on the backs of trucks that never had IRS.

What keeps it from being a Land Cruiser—despite sharing so much—is size, market placement, and ultimate off-road ability, says Toyota.

And it is massive. Specs are pending, but the new Sequoia is not shy about casting a big shadow.

The new Sequoia goes on sale later this Spring in five trim levels, ranging from the easygoing SR5 to genteel and indulgent Capstone, the top trim shared with the Tundra. The superstar may prove to be the TRD Pro model, a spec that flies off the lots when applied to Tacomas and 4Runners. Prices for the all-new Sequoia should start around $60,000.

Keyword: The 2023 Toyota Sequoia Is Big, Brash, and Hybrid Only