Many automakers like Mercedes-Benz weren’t overly enthused to dive into the world of electric vehicles (EVs), but that’s beginning to change. The 2022 EQS is proof of this, and Consumer Reports was thrilled from the first glimpse of the nameplate. One thing the review site isn’t over the moon about is the fact that the EQS 450+ is the most expensive vehicle it’s ever purchased anonymously to test. 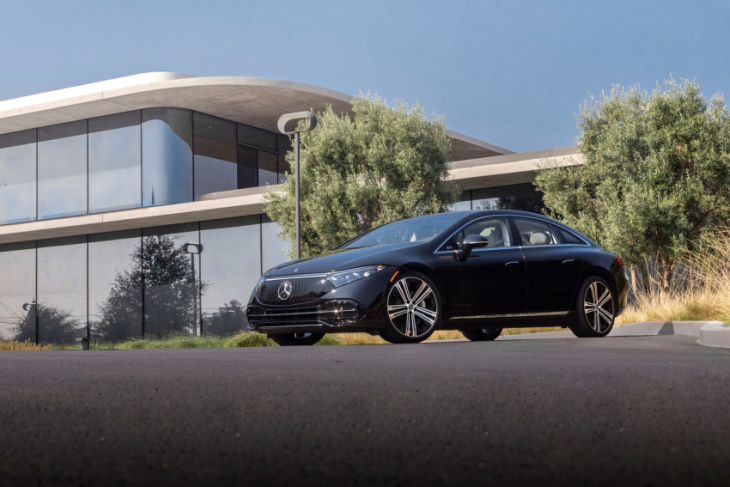 Factors such as acceleration earned the EQS high scores as well. Consumer Reports was pleased with the 4.0-second 0 to 60 mph acceleration time on the EQS 580 4MATIC.

In fact, CR stated, “We were quite taken with the EQS’s power. The car’s acceleration pins you back into the seat on demand, but unlike a Tesla Model S, it doesn’t snap your head. Instead, the power comes on in a forcefully smooth fashion and continues to build as speeds rise.”

One feature that CR really enjoyed was the ability to say “Hey, Mercedes” and then tell the EQS what you want. It can also access and execute some driver features on its own, such as changing lanes without driver input. Still, not all is well with the 2022 EQS. Consumer Reports was less than enthused with the feel of the brake pedal, the driving position, and distracting controls. Despite this, the overall feel for the EQS was enthusiastic.

The EQS is the most expensive car Consumer Reports has bought

The EQS 580 4MATIC Sedan has an MRSP of $125,900. For this price point, there are Teslas with better mileage, as it only gets 340 miles on a full charge, which is 10 miles less than its cheaper sibling. Even so, that’s quite a bit of range for most EV drivers.

These are the Mercedes-Benz EQS pricey EV competitors

While competition is always hot in the auto world, it gets taken to an entirely new level in the luxury division. Take the Porsche Taycan, for example. It comes with a starting price of $86,700 but offers a lot for that price point. The Taycan has an estimated driving range of 282 miles.

The BMW i7 has an MSRP of $120,295, making it more expensive than the Mercedes-Benz EQS 450+. Consumer Reports has not tested the BMW i7 yet, but the kidney grille makes it very obvious that this is a BMW. The i7 has an approximated EV range of 300 miles.

Finally, the Audi RS e-tron GT version is the most expensive luxury EV in this lineup. Its MSRP is $142,400. Its slick looks make it unmistakable, so even those not into cars will recognize it cruising down the road. However, the RS e-tron GT only has a range of 232 miles.

While each has its highs and lows, the 2022 EQS actually has the superior driving range. Given that fact, it easily manages to stand out from the competition.

Keyword: The 2022 Mercedes-Benz EQS Is the ‘Most Expensive Car’ Consumer Reports Has Purchased